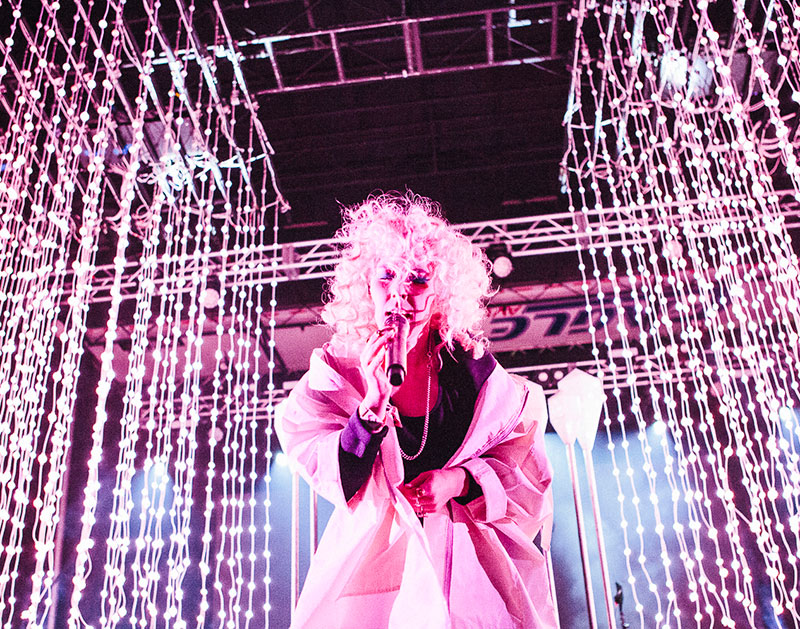 Fortress Fest Is Coming Back For More, The Free Man is Tripling in Size and Leon Bridges Continues to Dress Well.

Ahead of last month’s Fortress Festival, the anticipation was palpable. About the only thing that might potentially wreck the fest, we reckoned in our preview coverage, would be the expected nasty weather.

That did and didn’t happen. While the expectation of bad weather cancelled a few early-day local performers on the fest’s first day, and likely scared off a few folks leading to smaller crowds than organizers were anticipating, the actual weather was mostly pretty decent.

Wrote our own reviewer after the fact; “In its debut, Fortress Festival very much practically demanded another, future go — one under better circumstances. Then Fortress Fest might prove itself the king of Dallas-Fort Worth’s festival castle… Because its skeleton is already impressive. Just needs a little fortification is all.”

Fortunately, it’ll get a second chance to prove itself in 2018, as Fortress Fest’s organizers have already announced their fest will be coming back at a yet-to-be-determined date next year. Says a message on its website: “The 2018 festival will be here before you know it! We’re still finalizing exact dates but to celebrate the success of our inaugural event we are offering significant discounts on a limited number of passes to the 2018 Fortress Festival before the lineup is announced.”

Two-day VIP passes for Fortress Fest 2018 are going for $159 in the current blind pre-sale, while GA tickets are $69.

It’s a newsworthy announce because, well, tons of fests don’t come back for a second year. Hell, we’ve seen more than a few cancelled even before their first go-rounds. Case in point? Last weekend’s olds-targeted Atrolla Festival, which cancelled its Peter Cetera and KC & the Sunshine Band-headed fest due to a “lack of demand from concertgoers.” Sorry pops. It will not be rescheduled.

On a more positive note, Deep Ellum jazz spot The Free Man is expanding, staying in its current location, but growing three times the size with a new kitchen and a new, bigger stage area that’ll allow owners to bring in the occasional ticketed act. Here’s a Facebook post breaking down all the changes coming down.

Also getting a little makeover recently was Leon Bridges, who hung out with GQ while getting all gussied up for the Met Gala. For his second time at the biggest fashion party of the year, the “most stylish man in soul” didn’t pop Molly; he rocked Tom Ford.

More national attention was also afforded T.Y.E.’s way this week via The Fader, which premiered a video from the breakout Dallas rapper’s upcoming debut album, due out June 9 via Passion of the Weiss‘s record label. We already posted the Dance Dailey-directed clip in our most recent Songs of the Week column, but here it is again:

Another new video comes from Maren Morris, who shows off a different side with her heartbreaking “I Could Use a Love Song” clip. She’ll also perform on tonight’s episode of The Voice.

Peeps Nation also released a clip from its recently released Love War Chronicles record, which, theysay, is “not that trap shit”

Finally, The D.O.C. will be at Josey Records on Saturday, May 20, discussing his life and career with local producer Sikwitit and taking audience questions. It’s free to attend.

Cover photo of Purity Ring performing at the 2017 Fortress Festival by Jonathan Stafford.