Is This Company The Future Of Cold Brew Coffee In Dallas? 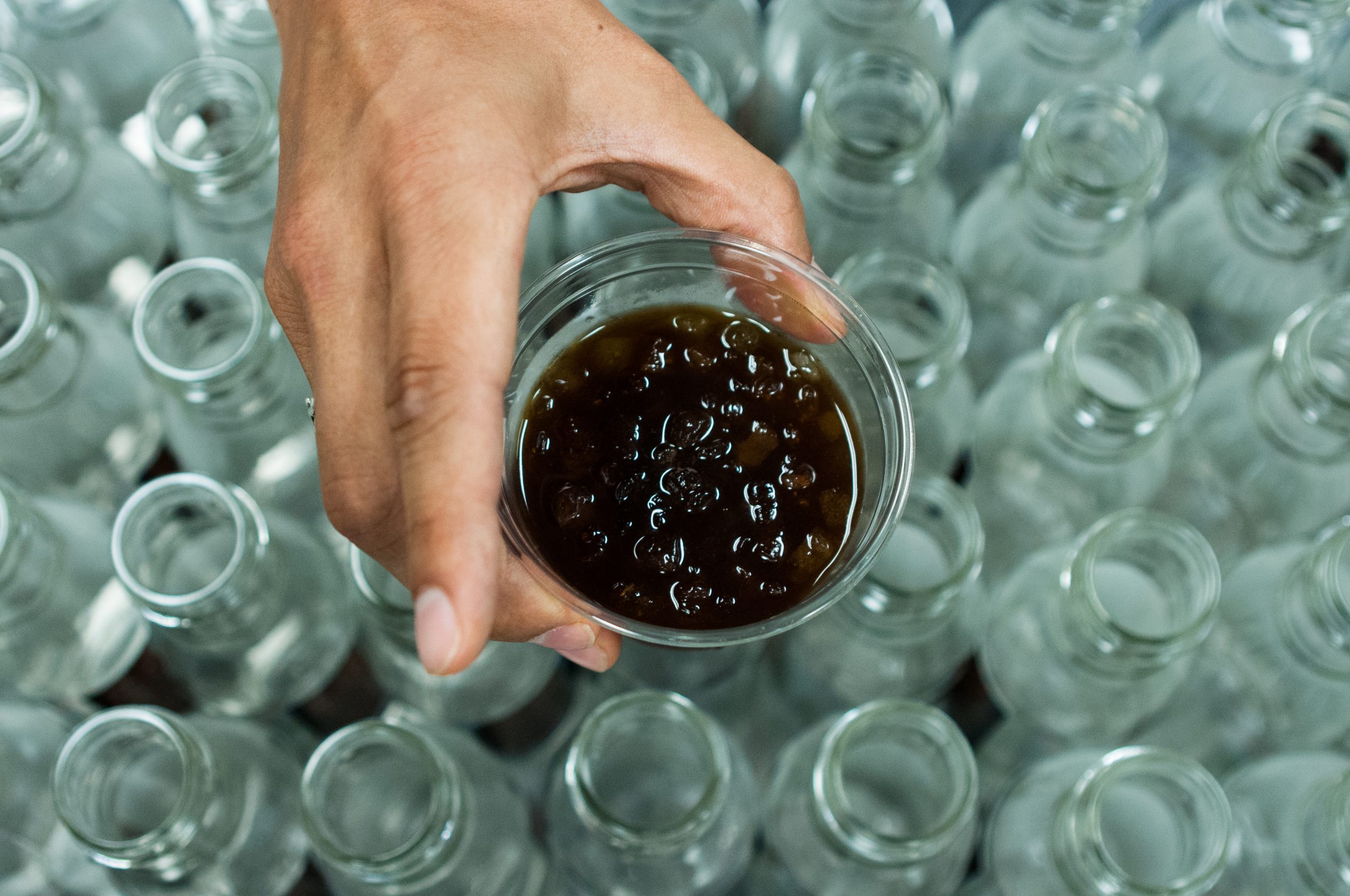 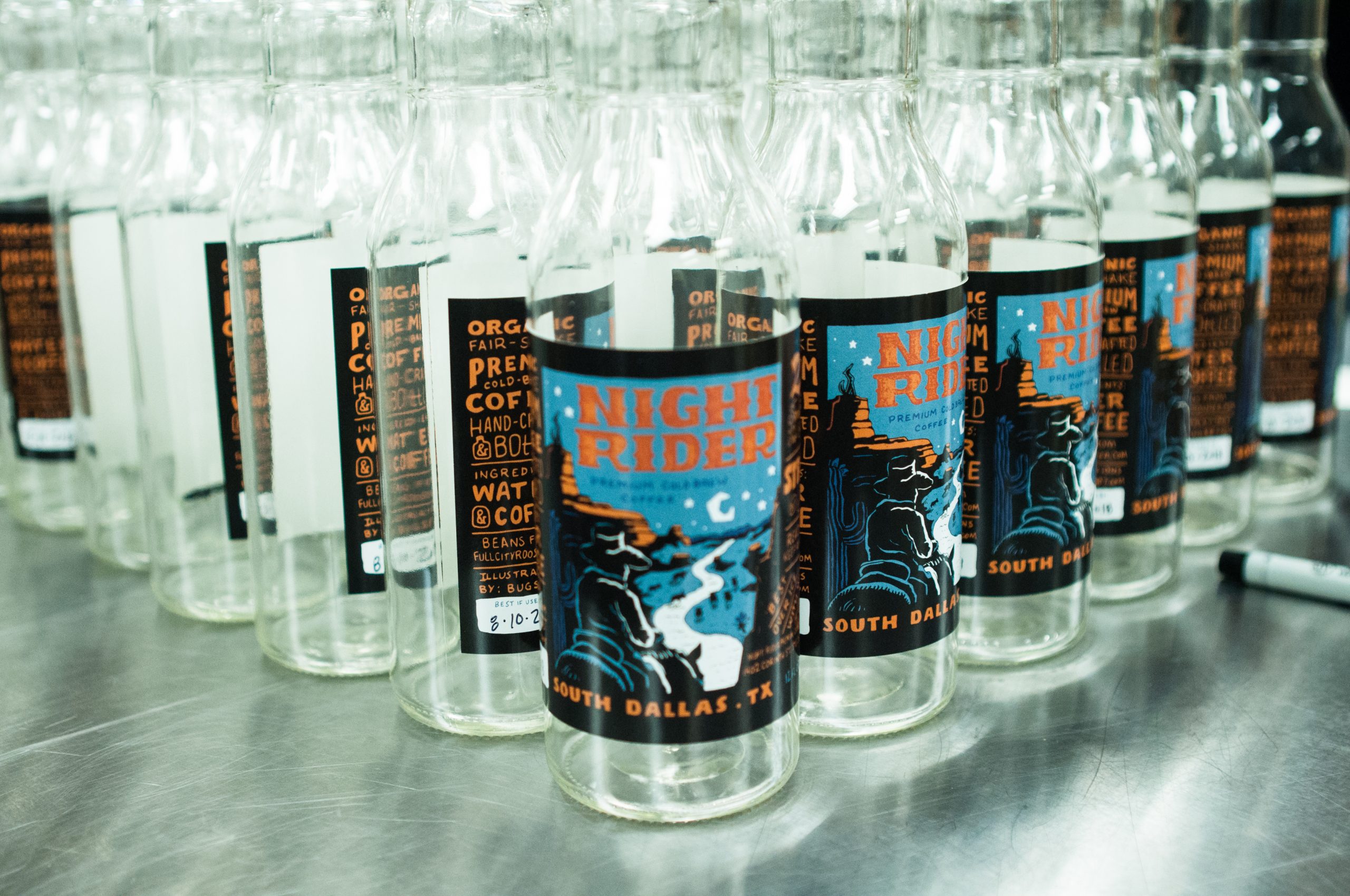 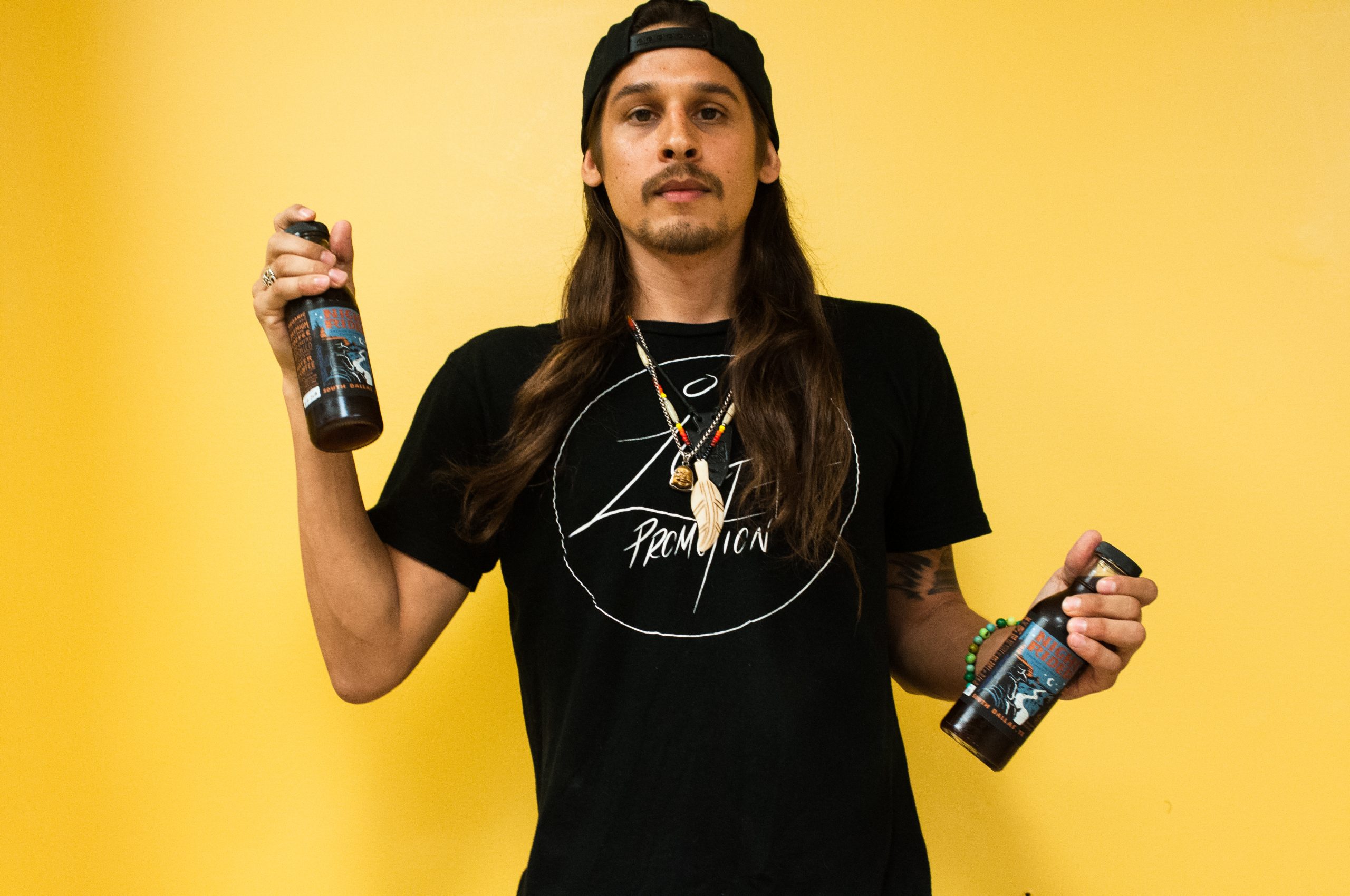 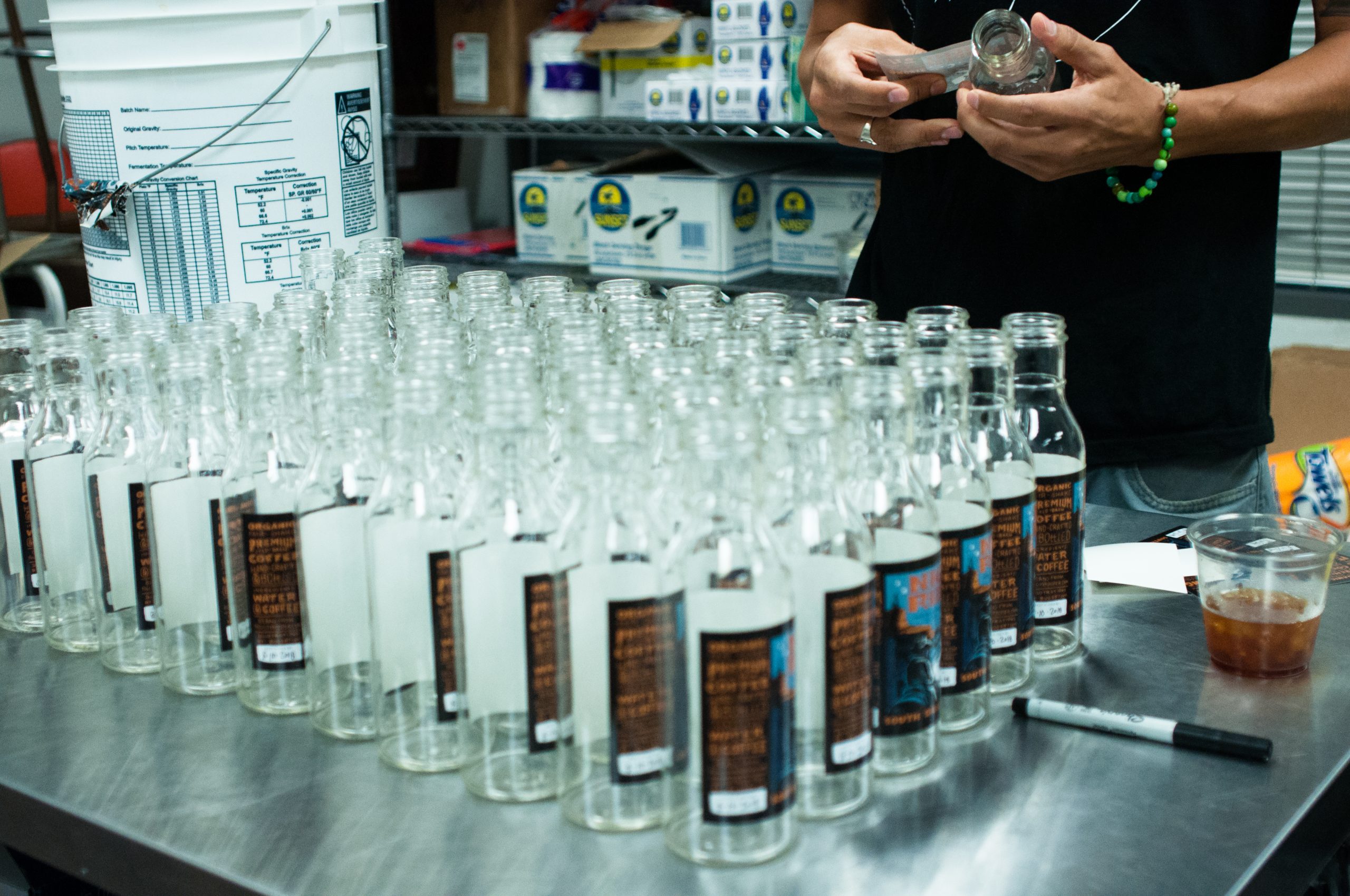 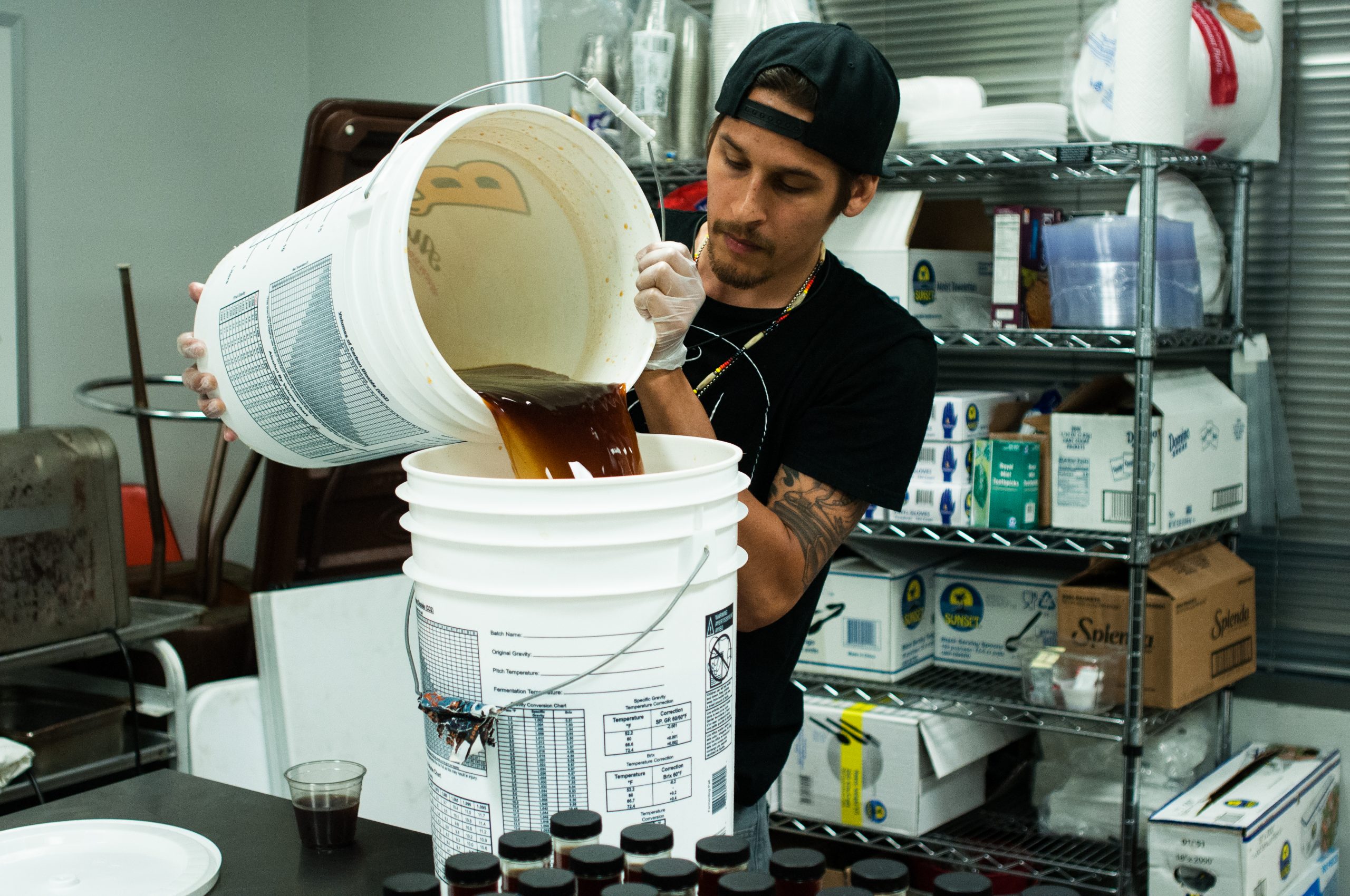 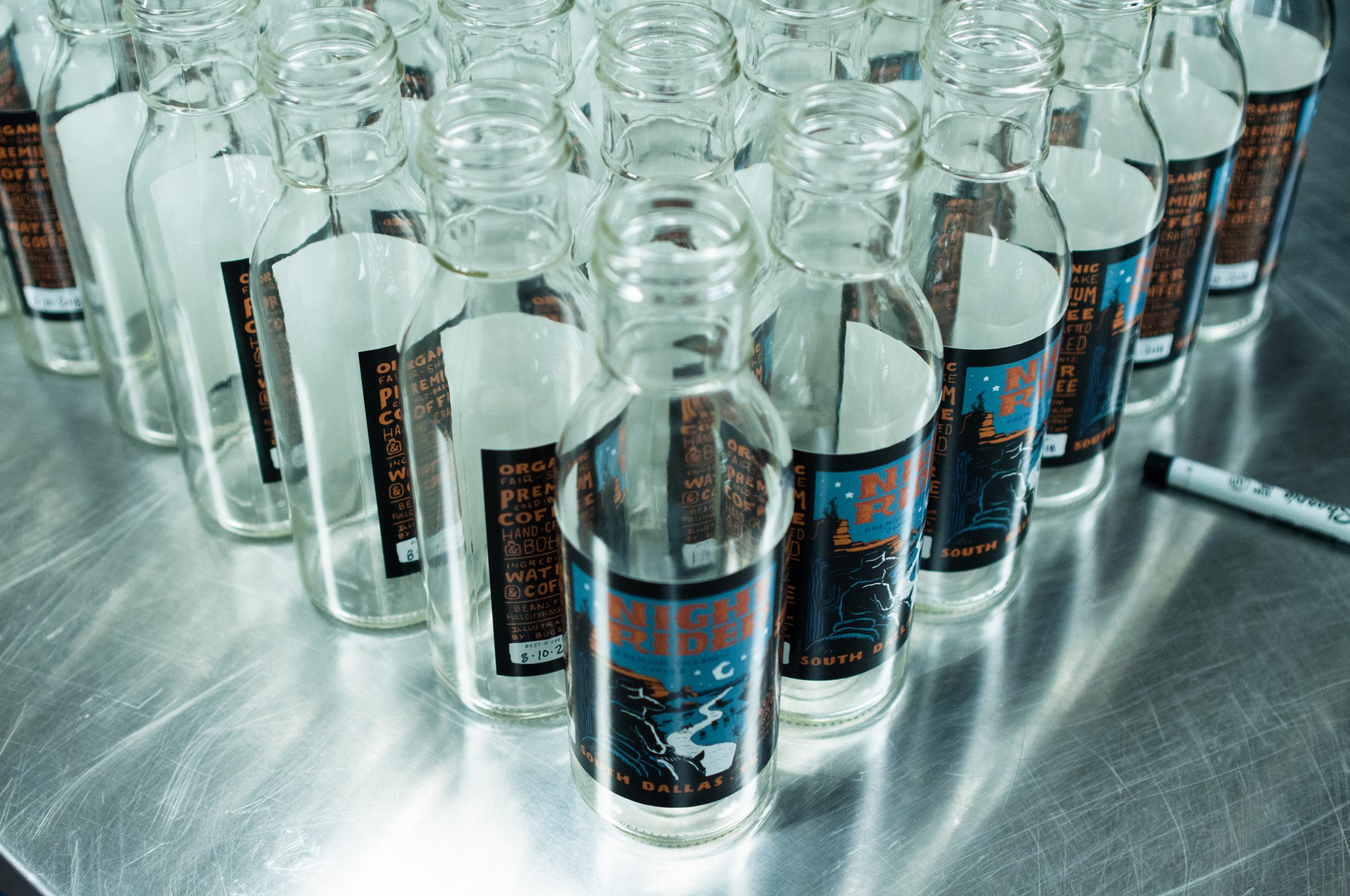 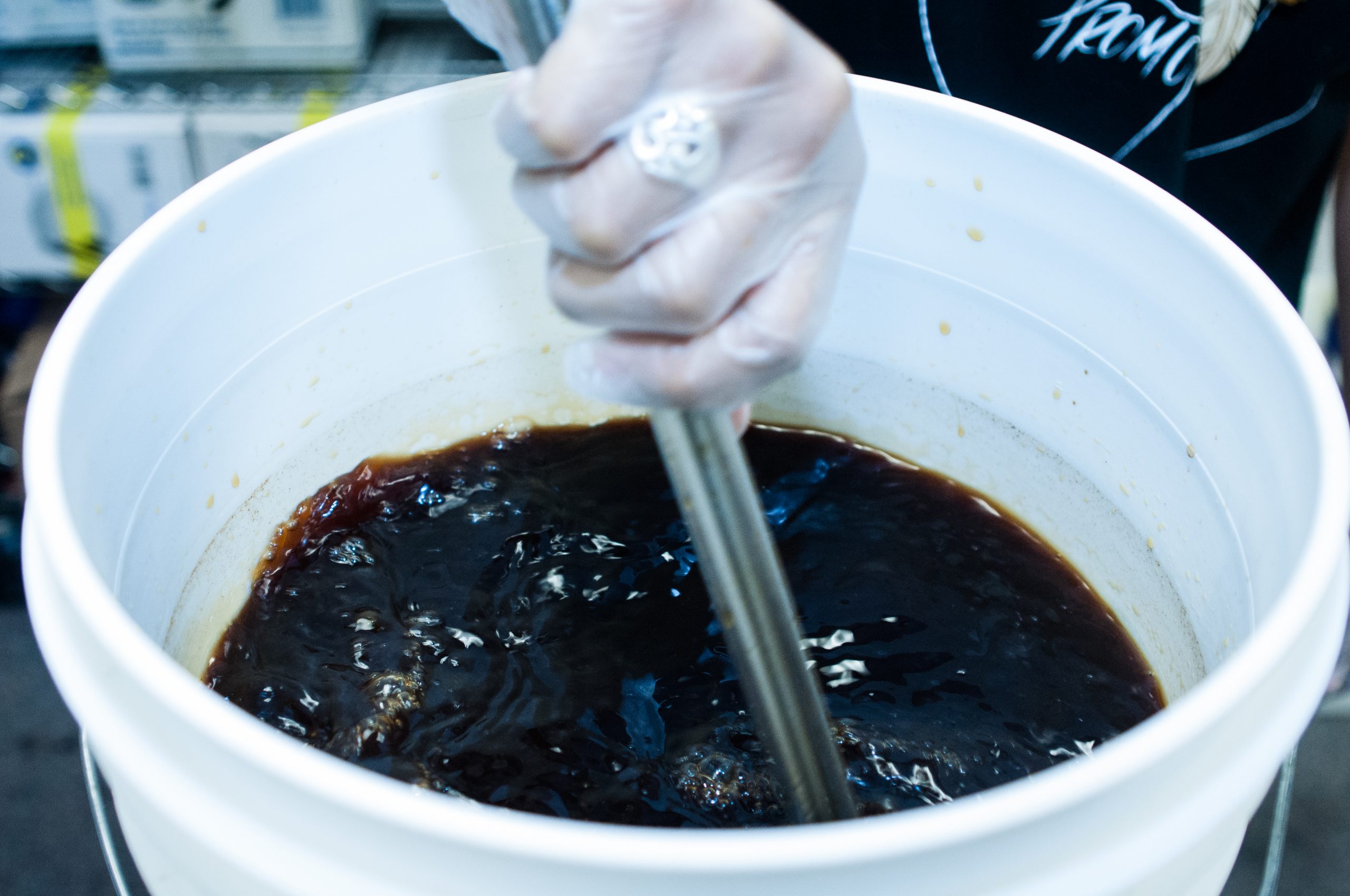 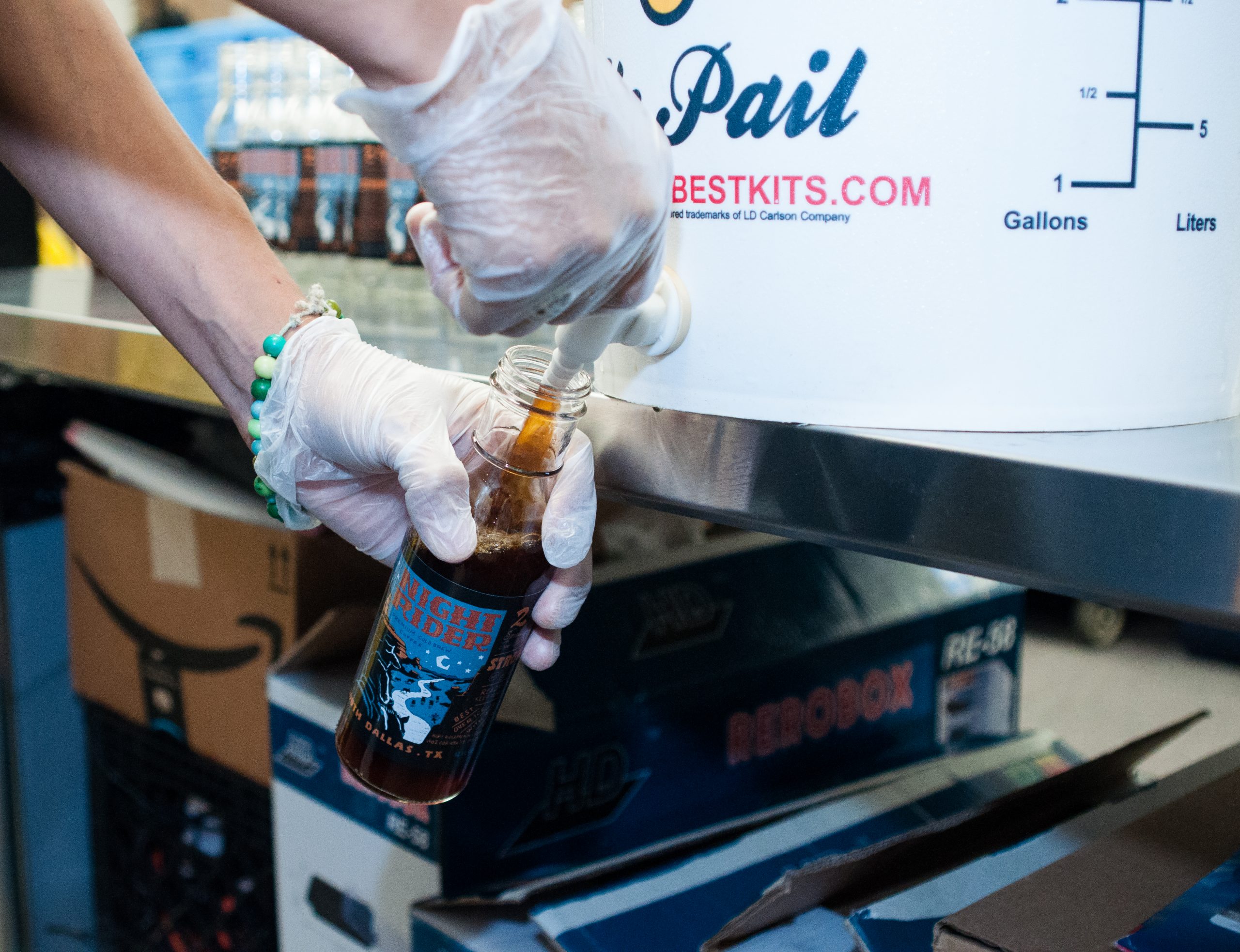 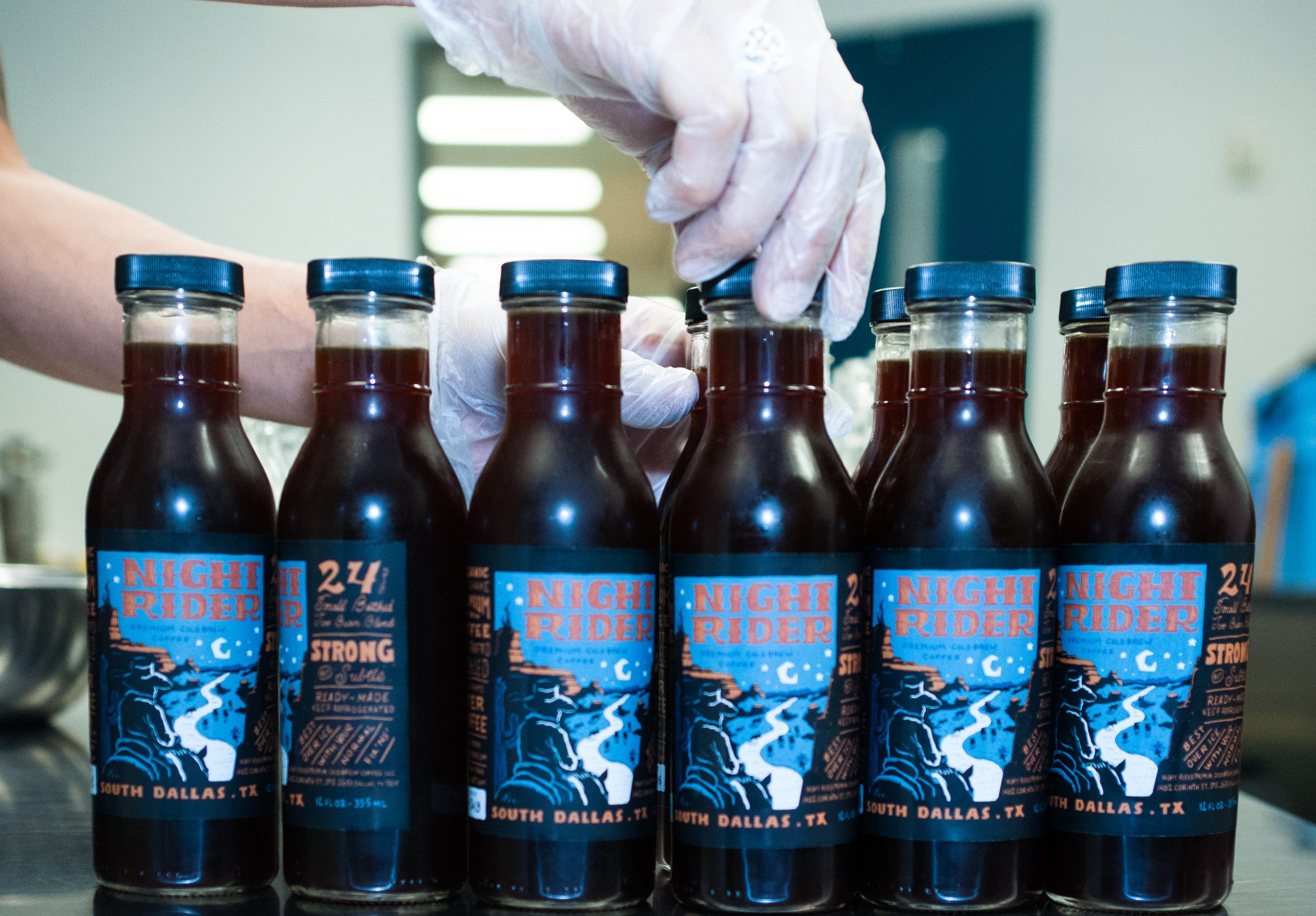 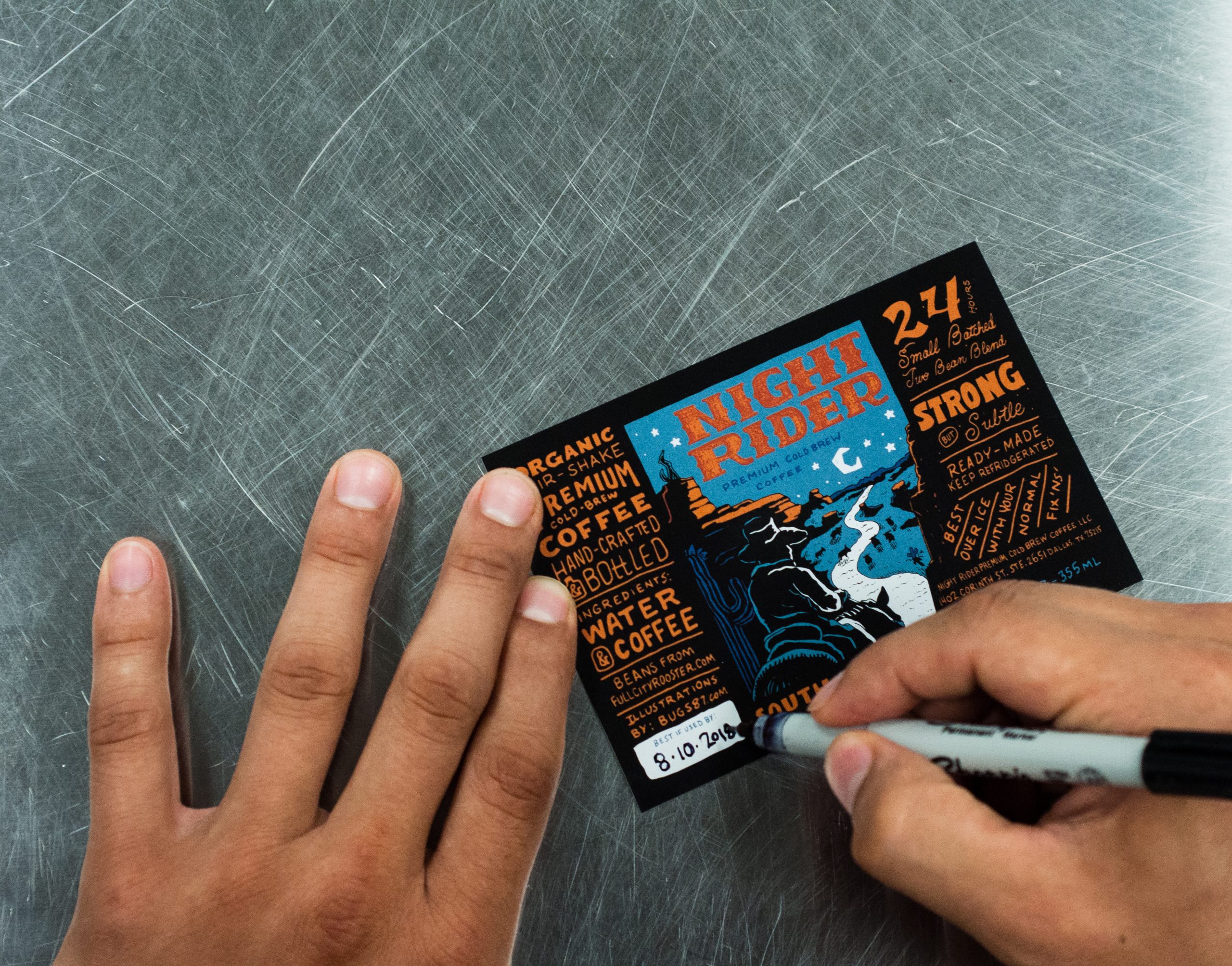 A One-Man Operation Run Out Of The Cedars, Night Rider Turning Dallas Onto Craft Cold Brew Coffee One Hand-Delivered, Hand-Poured Bottle At A Time.

Walk into a coffee shop looking for the strongest thing on the menu, and any well-trained barista will immediately point you in the direction of a cold brew.

This is because the average cold brew is steeped for at least eight hours, resulting in a highly-caffeinated, less acidic concentrate that is more potent than most other coffee drinks.

Dallas’ Airto Castaneda-Cudney knows this well, having learned the ins and outs of the cold brew game from Let It Ride Cold Brew, which operates out of Madison,Wisconsin, where Castaneda-Cudney was raised. These days, Castaneda-Cudney is using the skills he learned with that company to run his own similarly minded venture: His one-man operation, Night Rider Premium Cold Brew Coffee, currently distributes 12-ounce bottles and gallons of cold brew throughout the Dallas-Fort Worth region in a manner fairly befitting of its name, which Castaneda-Cudney says he chose for a reason.

“The night rider is the cowboy that has to watch over the cattle at night, and I was like that guy who probably needs some cold brew coffee to stay alert and to complete his job” he says. “So, it just worked out. Night Rider is kind of like an alias for myself; I am the type of person to stay up while everybody else is sleeping, and I just work on my projects.”

Beyond the fun name, one thing that sets Night Rider apart from the local cold brew pack is A.C.’s brewing technique. While the brewmaster’s methods are mostly a secret, his coffee’s 24-hour brewing time definitely gives his brews a unique taste, not to mention the strength needed for his target demographic of other night owls such as himself.

When pressed, Castaneda-Cudney concedes this much about Night Rider’s process: Although he hopes to work with other roasters and beans down the line, he currently utilizes the local favorite Full City Rooster as his primary roaster, and uses their Guatemalan and Peruvian beans to give his coffee a mellow yet full-bodied flavor. (Prior to this blend, he used an Ethiopian coffee, but the final result was deemed too bitter.)

As is true of most minimally-manned concepts, Castaneda-Cudney is able to keep costs down with his bare-bones production set up. From an old El Centro satellite he rents in The Cedars, he self-bottles, hand-labels and delivers each batch, even has his demand increases around town. To keep down on waste, he even gives buckets of composted coffee grounds to a few local gardens.

Beyond the beans, the only outside help Castaneda-Cudney has had is with his label’s design, which comes courtesy of the Dallas-sprung, coffee-loving designer Joonbug.

“It was just a no-brainer to reach out to Joonbug,” says Castaneda-Cudney about the collaboration. “I definitely want to keep the art similar. The goal is to have Joonbug design a new label for every bean that I use. [We] worked on this brand for about four to fix months before it was actually finished, so it was a lot of emails back and forth. I had a vision of where to go, and I just needed to have him interpret it.”

As Night Rider’s clientele expands along with growing demand and innovations with the cold brew market, Castaneda-Cudney is keeping an eye on another craft drink industry for inspiration on how to grow his business. Just like beer home brewers aspire to open their own facility one day, he hopes to showcase cold brew in the same manner. His long-term plans for Night Rider include a tap house with a selection of beans representative of the different countries, varieties and processes that the coffee industry has to offer.

And while the versatility of his product can currently be experienced in a variety of cocktails, kolache pairings and nitro taps throughout Dallas, Castaneda-Cudney believes that there is still a larger market for his cold brew. Looking back to his time in Wisconsin confirms that belief. After all, if cold brew can do well in a place where it is cold eight months out of the year, it can surely find success in Dallas.

“Cold brew coffee is becoming really popular,” Castaneda-Cudney says. “There are also health benefits to it since it’s less acidic — it’s actually healthier for your teeth, and it’s easier on your stomach compared to hot coffee. Plus, t has like two to three times the caffeine punch, so you don’t have to consume as much. I definitely see us growing as a craft cold brew company in time.”