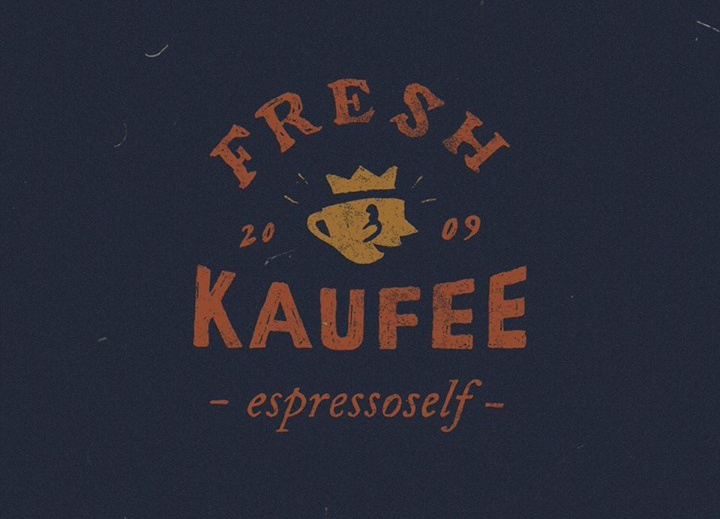 Joonbug Lenworth McIntosh Has A Strong Sense of Where His Innovative Art Is Headed.

It all started when he was working in a McDonald’s.

Yes, it was when Joonbug Lenworth McIntosh — a Jamaican-born, Dallas-based creative who describes himself as, “physically, 26 years old and, soulfully, 67 years old” — was holding down a gig in the massive fast food chain as he earned his college degree in graphic design that inspiration really struck.

His role in that assembly line? Serving coffee.

Sure, it sounds like a mundane task, serving coffee over and over again to fast food customers. But it sparked something in McIntosh’s vision. As he saw it, people were coming together over a simple beverage — something that both kept them going and awakened their senses.

This simple thing opened McIntosh’s eyes, too. And it made him question something else in his life. He couldn’t understand — not for the life of him — why his fellow students kept returning from their holiday breaks with less ambition and hushed dreams.

Far as he saw it, coffee worked for the masses. Why couldn’t the same thing be applied to his peers and their creative processes? And what about his own? Why couldn’t he make his mark on the world in the same way?

That’s when he first came up with the concept behind his Fresh Kaufee brand.

The play on coffee came easy to McIntosh.

“I thought it was something quirky, yet catchy,” he now says. “After a while, the concept became more than I originally thought it was — and a snowball effect happened. I started seeing different ways to play with it and flip it.”

The brand wasn’t McIntosh’s first — he’d had a small clothing brand prior to Fresh Kaufee that, as he puts it, “just didn’t stick” — but, like so many other new start-up brands, Fresh Kaufee wasn’t exactly exclusive to clothing, either. The clothing was just a good medium for the overall message, he learned.

“My style took on a certain aesthetic that brought a lot of people to me saying I should do T-shirts” McIntosh says. “I was doing a lot of very detailed illustrations and putting those on shirts because I thought it was a good way for people to see my designs. Over time, it developed into something more deep.”

Tonight, at The Common Desk in Deep Ellum, that depth will be put on display for all to see. As part of a Fresh Kaufee event deemed “W.A.K.E. (We Are Kultivating Entities),” McIntosh has planned an all-senses-on-deck opening for his brand. The first in a planned three-show series — and representative of the “Wake your sleeping creative” sentiment that makes up the first third of his brand’s manifesto — tonight’s event has scheduled a “technology blackout” intended to bring attendees closer together in real time and to better focus their attentions on all that’s set to happen in the affair’s three-hour run. Among those festivities: CedarWood Roasting Co. will be brewing coffee, thus serving up scents and tastes; DJs Sober and Schwa will spin tunes, or, in this instance, sounds; and Joonbug and a number of other artists will be both showing their earlier works as well as creating new ones on the fly. 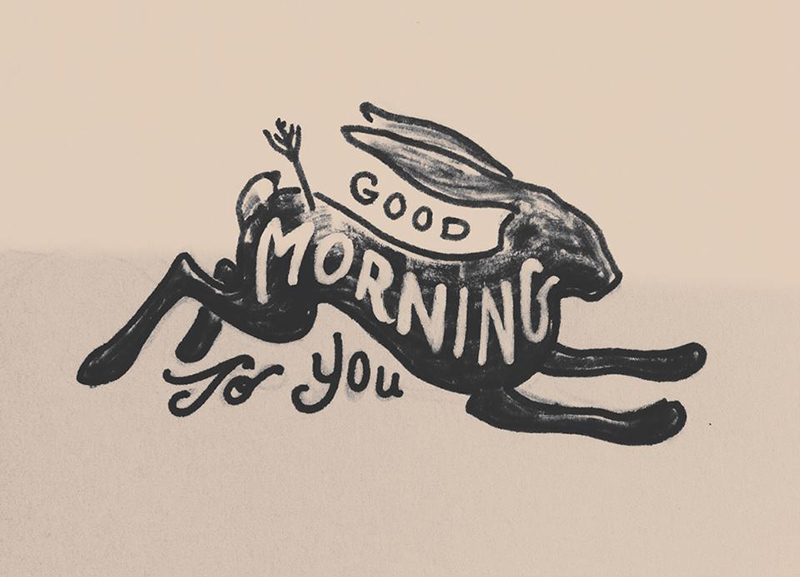 Producing work has never been a problem for McIntosh. He sketches daily, so the work was already there when it came time to make the earliest Fresh Kaufee t-shirts. All he had to do was get the shirts printed. Then that part of the brand started to fall into place.

“I can’t not [sketch],” McIntosh says. “I do it to get better, because I always see flaws in my work, though I don’t voice them. I am always constantly wanting to improve. I find a lot of beauty in the growth of creating.”

His work was always a little different, though.

“There was a lot more drawing from life [in my classmates’ work],” he says. “There wasn’t really anybody in my circle. Nor did I see anybody elsewhere drawing strictly from their head and creating wild worlds.”

By the time he finished high school, McIntosh finally found a mentor who had the confidence to tell him that his drawings had flaws. But that only pushed McIntosh to learn new mediums and branch out his palette from a single pencil and pen to other illustrative tools.

Further inspired, the constant creative growth he sought only became more ambitious. Now a college graduate pursuing a master’s degree in fashion merchandising, McIntosh has risen to a new height of brand development. With the combined force of his hand-lettering and illustration skills, McIntosh has brought Fresh Kaufee to a sophisticated level — one nearly unrivaled in the Dalals street wear world, even as it still continues to take shape.

“In the past, I’ve danced too closely to the coffee theme and not its core concept,” McIntosh says. “I’ve matured. The concept is clear to me now, and I feel this chapter embodies a rebirth from the core. You will notice more substantial branding, design and products. The vastly detailed illustrations of yesterday have been simplified, yet maintains the true aesthetic of Fresh Kaufee: clean style with feel-good motivation.” 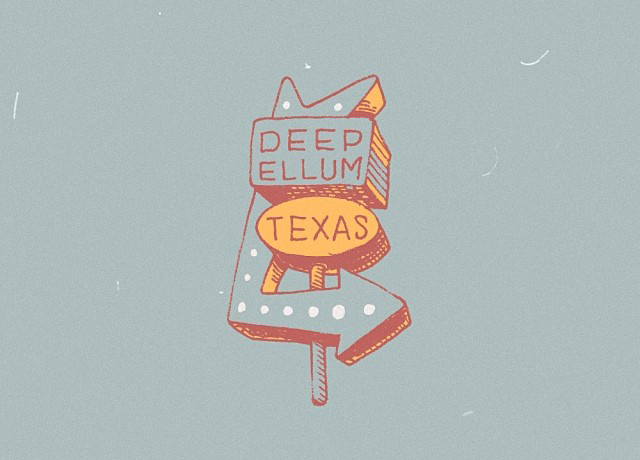 And with the assistance of friend, arts writer Chelsea M’Lynn, McIntosh is now able to make sure his brand’s message is clear.

He has help creatively, too: Recently, McIntosh joined forces with another Dallas-based artist, Arturo Torres, to form another entity called The Co-Workers. The two first teamed up for a series of murals at ArtLoveMagic in 2012.

“I’ve always known him for his painting,” McIntosh says. “But, one day, he posted this drawing on Instagram and I was like, ‘Whoa. What the hell is this?!'”

“It’s hard to find another person like that,” says McIntosh.

Torres echoes that sentiment: “Joonbug taught me things about line work and I taught him about painting.”

They taught each other about work ethic, too. For Artist Versus Architect in November of 2012, McIntosh and Torres spent three days basically living together and painting day and night to complete three full-scale murals. Together, with little to no sleep — “We would sleep in shifts,” Torres says” — the pair worked off of each other’s mistakes to create mind-blowing work.

More recently, their combined efforts have started to pay off financially: The Co-Workers were commissioned to paint the murals inside of Transit Bicycle’s new shop location off of Lower Greenville.

With work like that and recognition from others, McIntosh’s old day dream has now formally turned into a day job.

But, still, he pushes forward. Long term, McIntosh hopes to own and operate at least three Fresh Kaufee brick-and-mortar stores.

“I don’t want to be one of those ‘good right now, fall off later’ artists,” he says. “I want to be able to have a long-lasting stand in the industry.”

Tonight, that stand — the same one that started in a McDonald’s — continues. 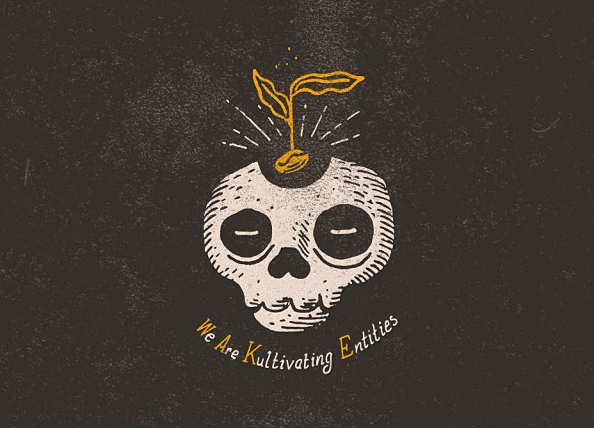 Tickets for W.A.K.E are $15 when purchased online in advance and $20 at the door. Each ticket purchase also comes with a 20-percent-off deal for all Fresh Kaufee merchandise sold during the event.