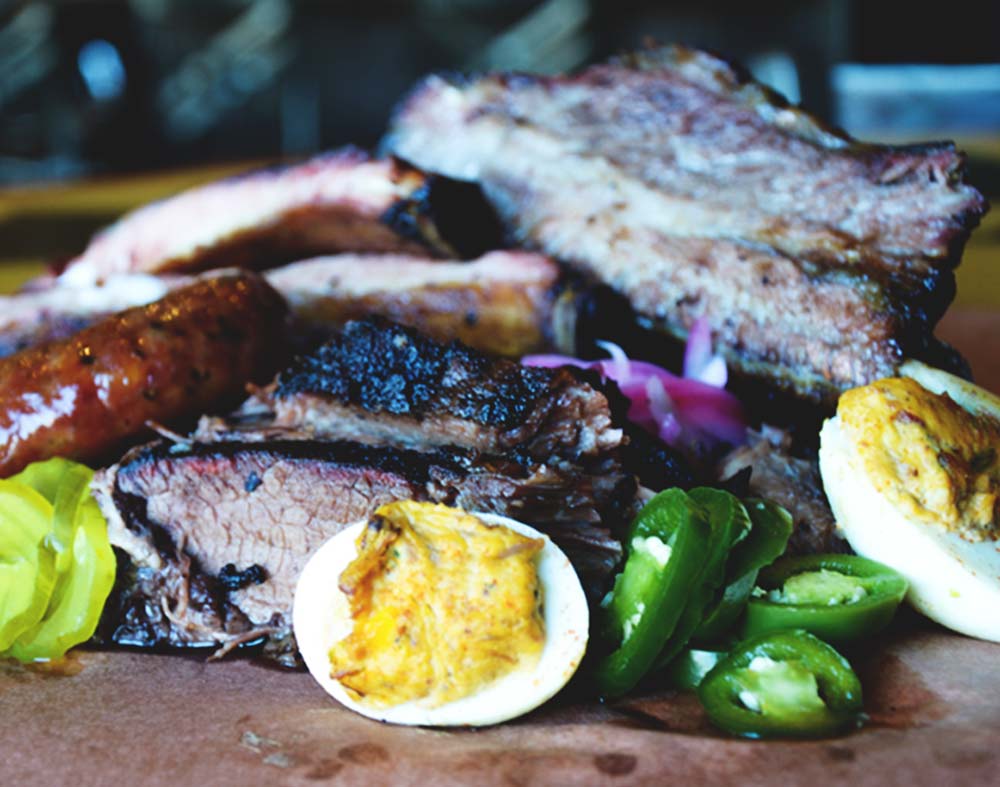 Dallas Has Two Of The U.S.’s Top Southern Restaurants, Lockhart Opens Up A Location In Arlington’s Texas Live! Development And Much, Much More.

Quick: Whats the first kind of food that comes to mind when you think of Dallas?

Is it tacos? Barbecue? Something to do with steak? Something in the general vicinity of Tex-Mex?

Point is, “southern” probably wasn’t the first word to pop into your head. But maybe it should be: This week, Dallas restaurants Ida Claire and Rapscallion were both named in OpenTable’s list of 50 Best Southern Restaurants in America for 2018, joining four other Texas mentions. The data for the list was compiled from 12 million reviews of 27,000 southern restaurants throughout the country.

So, hey, maybe there’s more to the Dallas food scene than meets the eye after all, huh?

The scene certainly has a way of digging its claws into people, we’ll say that. How do we mean? Well, this week, the Dallas diners who were mourning the loss of Deep Ellum’s Filament and Design District favorite FT 33 were gifted with whispers of chef Matt McCallister’s latest project. Per Eater, the James Beard Award nominee is planning a new restaurant called Homewood that will be located in Oak Lawn. Not many details have surfaced about that upcoming concept beyond an Instagram account with some design renderings and a few teasers of some of the fresh ingredients we can possibly expect to see on the menu. Look out for a late fall opening — and, no doubt, more info before then.

Speaking of openings, there’s lots of news on that front this week.

For instance, the first Dallas location of Fort Worth’s Taco Heads just opened up at 1921 N. Henderson Avenue in the building that most recently housed Lekka and before that Gin Mill. Hey, turns out Fort Worth businesses sometimes open up Dallas locations and it’s not just the other way around! Who knew? GuideLive has more details on what to expect from the hip taqueria, which should be expected to immediately cut into the business of the nearby Velvet Taco, although it won’t be staying open as late as that mainstay.

Don’t cry too much for Velvet Taco, though. The chain, which seems to open up a new location practically monthly, just opened its latest one. This one’s located at 3441 McKinney Avenue, in the building that once housed Urban Taco‘s foray into the great Uptown unknown. If you somehow don’t yet know the deal with Velvet Taco yet and are eager for additional info on what this growth means, well, GuideLive again has more.

Out in Richardson, meanwhile, a new authentic fish and chips concept called Fish & Fizz quietly opened its doors this past weekend. The restaurant focuses on the favorite English dish, serving traditionally fried Atlantic cod with chips, tartar sauce, malt vinegar and lemon for $14. They also serve other British specialties such as prawn cocktail, bangers and mash, and a dish of cod fritters with tomato chutney that’s rather hilariously called a “bubble and squeak.” Price points are fairly reasonable, with the most expensive item being the fish of the day for $16. Everything else ranges from about $7 to $12.

Meanwhile, in news that can literally be described as neat, a Texas whiskey distillery is opening its first bar in Arlington. The Waco-based Balcones Distilling is joining the lineup of vendors at the Texas Live! entertainment complex that’s set to open for business this weekend. The bar will feature a variety of whiskey-based cocktails, made with the distillers’ selection single malt and rye whiskeys, just to name a couple.

Another exciting newcomer joining the fold out at Texas Live! is Lockhart Smokehouse, which is also opening its latest location inside the new Globe Life Field-adjacent complex starting on Thursday, August 9. Following the barbecue favorite’s Oak Cliff and Downtown Plano locations, this will be the company’s third outpost.

Oh, and here’s some good news if you, like us, often find yourself having a tough time choosing between barbecue and pizza: Cane Rosso‘s Fort Worth location is now serving a pie using Heim BBQ meats. Called the “Heimy,” this $21 pizza is made with the pitmaster’s bacon burnt ends and spicy soppressata. Catch is, it’s only available on Tuesdays, which just so happens to be the one day of the week when Heim’s is closed. Ain’t no rest for the wickedly good tasting, it seems.

There also wont be any rest this weekend for Jon Daniel and Jose Ralat this Friday into Saturday. The duo plans on eating at 48 taquerias around the region during a 24-hour span as part of a fund-raising promotion called “24 Hours of Tacos.” The pledge-driven effort is raising money for Foundation 45, a Deep Ellum foundation that focuses on mental health in the arts. It’s a matter that strikes particular close to Daniel’s heart, as he lost his son to a drug addiction a few years ago. The Dallas Observer has more.

In acquisition news, the Dallas parent company behind Which Wich has acquired the similarly Dallas-based Paciugo as a part of its portfolio. Sinelli Concepts International purchased the 32 locations of the Dallas-based gelato company, but will manage the two brands separately. The food and beverage company has plans to expand the gelato concept through the country.

And, finally, this week in craft beer news, Hypnotic Donuts is collaborating with Four Corners Brewing for yet another doughnut and beer pairing. Hit this link for details on the pairings, which will the brewery will be serving up on Sunday, August 12, starting at 1 p.m. Tickets are available for $25 right here.

Lockhart Smokehouse cover photo by Travis Baugh. Got a tip for The Spread? Email us!