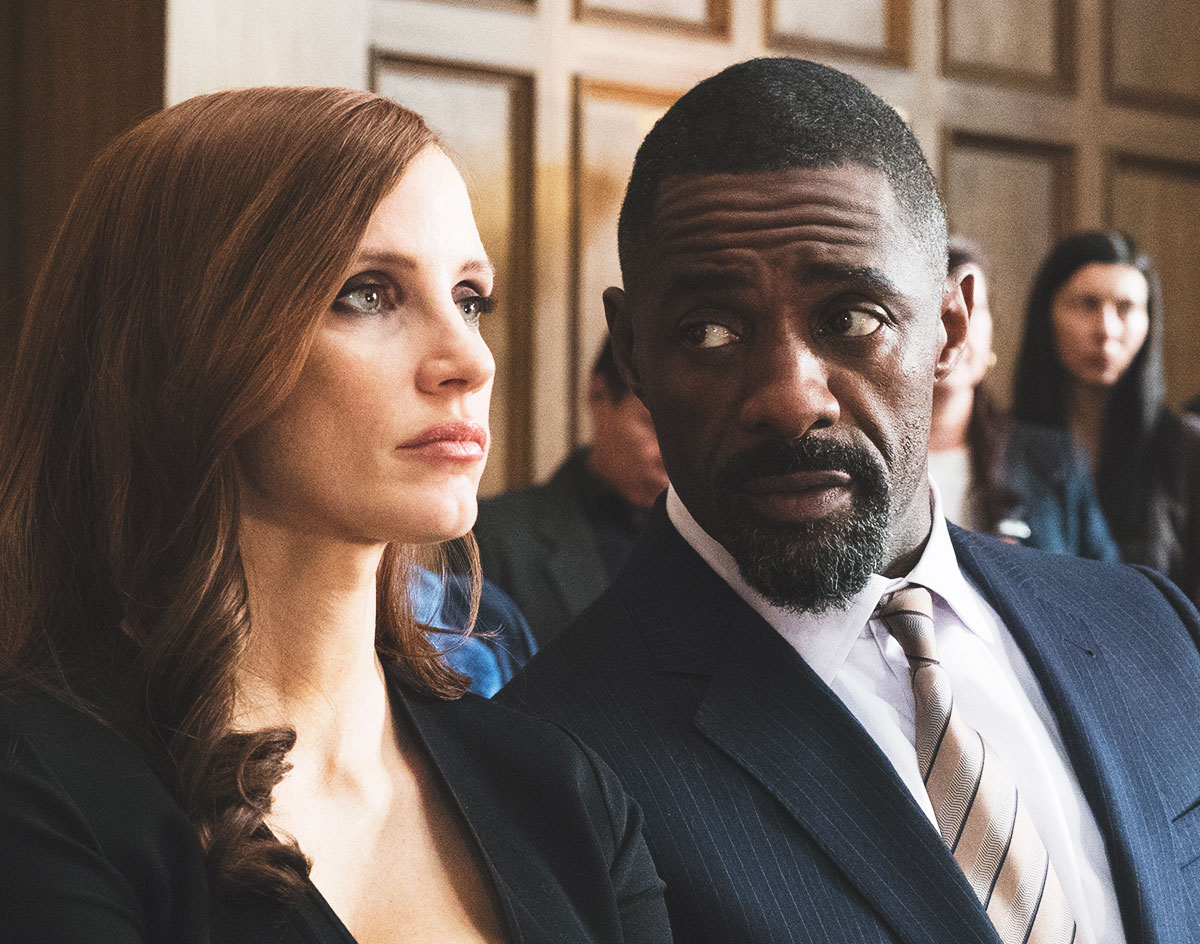 Aaron Sorkin’s Directorial Debut Features His Some Of His Best And Worst Moments As A Writer, Along With Another Killer Performance From Jessica Chastain.

Loving Aaron Sorkin means accepting that you’re going to roll your eyes at least once per project.

As someone who has watched The Newsroom the whole way through multiple times and thinks Sorkin was robbed of two Oscar nominations — for Charlie Wilson’s War and Steve Jobs — I very well understand that the payment for hearing great actors speak rapid-fire dialogue is knowing that there will definitely be some outright heart-string tugging to be found amidst an over-the-top monologue or three.

The same is true of Molly’s Game, the latest work to bear Sorkin’s name. All of Sorkin’s best and worst qualities are on full display in his directorial debut, a riveting adaptation of Molly Bloom’s best-seller about the years she spent running underground high-stakes poker games in L.A. and New York.

Jessica Chastain, the best actress working today, sinks her teeth into the role of Bloom, who was a world-class athlete before she was 20 and maintained that drive as she went from crashing on a friend’s couch to living the high life and back again.

Molly’s Game jumps back and forth in time, beginning with the fateful Olympic qualifying heat that ended her skiing career then jumping ahead to her arrest and trial as part of a federal case that connected her to the Russian mob. In flashbacks, she tells her story to the audience and to her attorney (Idris Elba), while intentionally leaving out some incriminating details about her own past and those of her wealthy players.

There are also flashbacks within flashbacks about her tense relationship with her emotionally abusive, unfaithful and pretentious dirtbag of a father (Kevin Costner, in his best role in at least 20 years). Their late-in-the-game reunion is a hallmark of Sorkin’s recent work, including Moneyball and Steve Jobs. Whatever may be going on his personal life – he has a daughter of his own – Sorkin seems to love this sort of nakedly emotional moment, even though they’re often the weakest part of his efforts.

As director, though, Sorkin proves here that he’s got the chops. Part of that may be due to the film’s quick editing. At nearly two-and-a-half hours, the film could have dragged. But like GoodFellas and The Wolf of Wall Street before it – both of which the film feels like at times – it’s propulsive. No, you won’t be checking your watch at any point in Molly’s Game.

It helps, of course, that the movie stacks the deck (pun intended) with excellent characters, including Michael Cera as a celebrity spun into Molly’s world, Bill Camp (The Night Of) as a low-rent card shark who can’t handle the higher stakes, Brian D’Arcy James (Spotlight) as a Ponzi schemer and abysmal poker player, Chris O’Dowd (Bridesmaids) as a drunken recruiter and Jeremy Strong (The Big Short), who I’m sure is a swell guy but who’s so perfect as a douchebag here that he seems real.

There are a lot of movies big and small coming out this holiday season, but despite some groan-inducing speechifying, Molly’s Game deserves to be at the top of your Christmas list.