Looking Back On The 2017 Dallas International Film Festival. 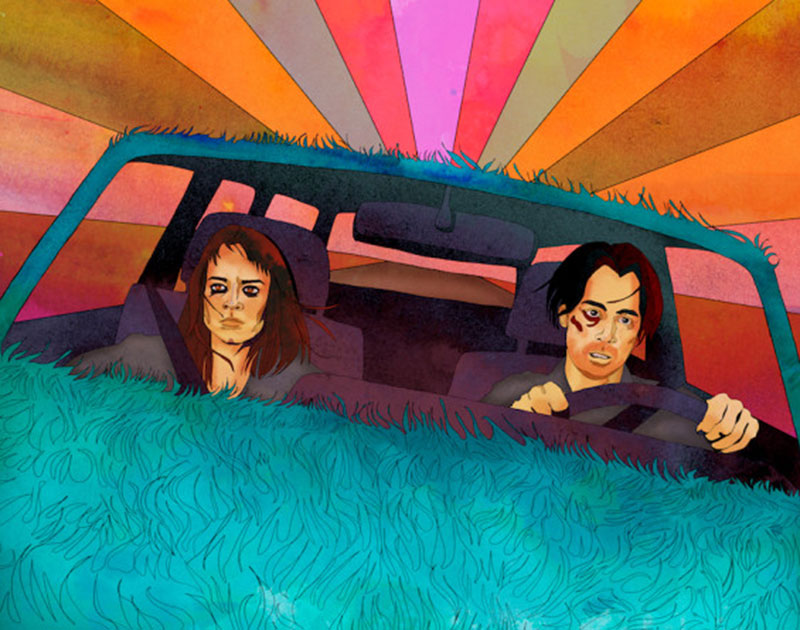 Breaking Down The Good, The Bad And The Ugly Of The 11th Annual Dallas International Film Festival.

Like our local sports teams, you never know what you’ll get year-to-year in the lineups of Dallas’ many regional annual film festivals.

Last year’s Dallas International Film Festival, for instance, boasted a rather strong offering: Three of my favorite films of the year (High-Rise, Tower and Weiner) played, and the quality of everything else was pretty consistent.

This year, on the other hand, I actually saw more films than ever — but they ranged pretty wildly in quality. Hey, sometimes that’s just luck of the draw. And, it could be argued, that’s part of the fun of attending a film festival, right? Or… is it? DIFF also screened a number of older films this year, and while that’s fine, it seems further proof of the idea that 11 years in, DIFF still hasn’t forged a fully-formed identity.

At this point, that actually maybe is DIFF’s identity. It still has way more films of every stripe than any other local fest, for sure. But is trying to be all things to all moviegoers hurting DIFF in the end?

That’s the larger question looming as the rest of the Central Track film staff and I take a look back at the good, the bad and the ugly of this year’s offering. — Kip Mooney

Javier Fuentes: For me the best part of the festival was checking out The Relationtrip and seeing Guess Who’s Coming to Dinner in a theater setting. The Relationtrip is one of the more unique post-rom-coms I’ve seen, and it can be summed up as “a one-year relationship condescended into a four-day weekend.” This is meant to be taken literally. The film has hammock cocoon weddings, belligerent puppets and giant moms. The absurdity of the premise allows it to tackle some very serious topics that beguile both men and women in relationships, and while it was not necessarily the best movie of the festival — that would be the beautiful and poignant I Am Not Madame Bovary — it was definitely one of the most original. As for Guess Who’s Coming to Dinner? Seeing it on the big screen was one of the most moving experiences I’ve had years. While it’s sad that the movie’s plot is still relevant in today’s society 50 years later, it also helped me realize how far other aspects of our culture have come in that same stretch of time.

Angela Jones: As always, I found that the documentaries this year were pretty solid. There was a wide range of doc subjects — from a blind magician to a Baltimore step team to a group of women opening up a resource center in the volatile Democratic Republic of the Congo — and there was really something for everyone in this bunch. The two big standouts for me were Dealt and Step. Dealt tells the story of close-up magician Richard Turner, who lost his eyesight as a child and became a magician as an outlet. It’s uplifting, funny, and inspiring. Even if magic isn’t your thing, Turner is such an interesting subject and person that the movie still works. Step, meanwhile, follows a group of high school seniors from Baltimore, many of whom will be the first in their families to go to college. They’re on a step team looking for their first win after a dismal junior season and, as the film progresses, you become as invested in these girls getting into college as you are in them winning the step contest. It’s a testament to perseverance and character.

Kip Mooney: The Lost of City of Z was by far the best thing I saw at this year’s fest. It’s the kind of rip-roaring adventure movie that hasn’t been made in decades. Acclaimed director James Gray (The Immigrant) never loses sight of the tiny humans in the enormous jungle, and this is by far the best thing that British actors Charlie Hunnam (Pacific Rim), Robert Pattinson (Twilight) and Sienna Miller (Live by Night) have ever done. For Miller, this is the best of her recent slate of “supportive wives of historical figures” run, which also included turns in Foxcatcher and American Sniper. The film has already been bought by Amazon, which means you’ll be able to see it from the comfort of your own home later this year. But you really owe it to yourself to see its vast landscapes on the big screen when it hits theaters later this month. As far as other films, Patti Cake$ won’t score any points for originality — especially if you’ve seen 8 Mile or Rocky — but it’s one of the most entertaining films I’ve seen all year, with a star-making lead performance from Australian actress Danielle Macdonald, who plays an aspiring rapper who goes by Killa P. The film had plenty of chances to go awry and opportunities to trip while finding a balance between its poverty-stricken dramatic elements and its crowd-pleasing rap battles, but it finds its balance early on and stays there. It’s going to be a massive hit.

Angela Jones: Midnight shows at DIFF have been hit or miss over the years. Sometimes something wonderful like Tucker & Dale vs. Evil is shown and, other times, The Void is, as was the case this year. The Void starts off strong as a local cop brings a bloody stranger in from the highway only to get caught up in freaky occurrences at the local hospital. It’s part monster movie and part cult thriller, mixed with some demons and human sacrifice. The problem is the film suffers from too many ideas and a weak execution. It feels like the creators wanted to throw in all aspects of their favorite old horror films, but the product is just messy. Some of the visuals are creative and interesting, but it doesn’t make up for the poor execution of the story. It was just not my cup of tea, although I suppose others might enjoy it.

Kip Mooney: The winner of the second-biggest prize at last year’s Cannes Film Festival, It’s Only the End of the World is one of those super-talky, overacted melodramas about death and family reconciliation, and despite the quintet at the film’s core being some of the best and most interesting actors on the planet, there’s only so much they can do to save this thin script from Canadian wunderkind Xavier Dolan, who’s younger than me and has already made six feature films. He does get points for setting an emotional conversation to a blink-182 song, though.

Javier Fuentes: I hate to sound like a broken record, but I remain super disappointed by the Latino programming at DIFF. I always try to watch Spanish-language movies at any festival, and this year’s DIFF selections just felt like the most amateur movies in the lineup, which is a shame since there’s some really exciting things coming out of Mexico these days.

Kip Mooney: I try to cut genre films some slack, especially if they’re working with a small budget. But there’s pretty much no excusing Los Presentes, which pulls out a bag of tricks — multiple film stocks, a time-shifting narrative, body swapping, full-frontal nudity — so that you might confuse it for art. Nope, none of it makes any sense, and none of the film’s technical and aesthetic choices have any logic to them either. It’s a total misfire. Mexican writer-director Alejandro Molina may one day make an interesting film, but he couldn’t put enough polish on this turd.

Javier Fuentes: Is it so wrong that, when I see people paying hundreds of dollars in order to attend a film festival, I expect them to not be garbage people? I was truly aghast at how many texters I saw during screenings at this year’s festival. And despite repeated warnings from the DIFF staff, people just kept on looking at their phones as films played on the big screens in front of them. At this point, it’s clear that DIFF needs to be a change in policy or in its enforcement of already stated policies. When people text in a theater, it’s just not fair to the people who actually want to watch a movie that they might not be able to see again. It’s disrespectful.

Angela Jones: This year, DIFF scheduled a retrospective of films from 1967. There was Guess Who’s Coming to Dinner, Camelot, How to Succeed in Business Without Really Trying and a centerpiece screening of Bonnie & Clyde with Faye Dunaway in attendance. These are great opportunities for crowds to see classic films on the big screen, but I’m not really sure what happened this year, because these screenings just did not have the turnouts that festival organizers expected. On opening night, I attended How to Succeed in Business Without Really Trying at the Dallas Performing Arts Center — a cool venue to show a film — and was greeted by an entirely empty lobby. Was I late? Nope! When I walked into the theater, I was one of just 15 people in total inside. Fifteen! It was dismal. I’m not sure where the disconnect is, but these older screenings just don’t draw the crowds, and those low figures just set a downer mood for the festival at large.

Cover photo via the poster for The Relationtrip.