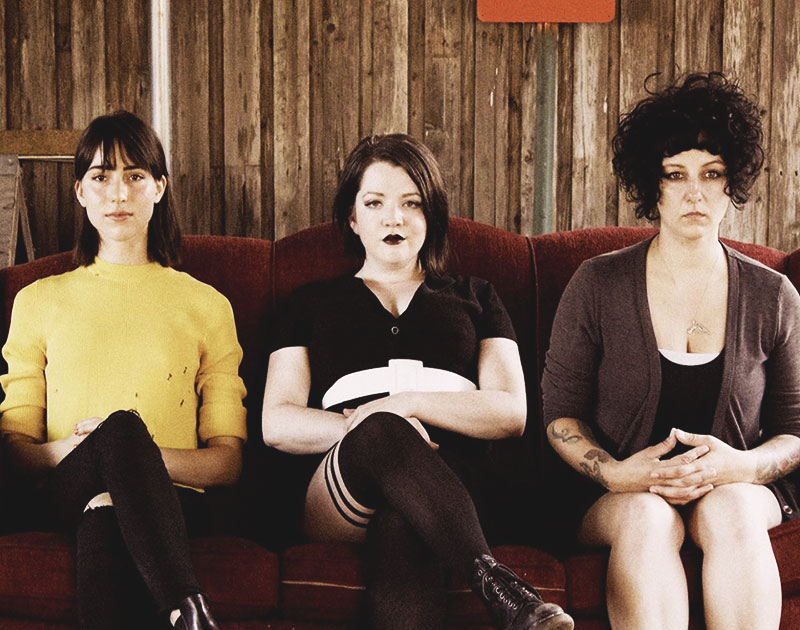 Exclusive: Check Out The Second Single From Three-Piece Dallas Riot Grrrl Band Lizzie Boredom, Who’ll Definitely Kill You If You Act Out Of Line.

This much seems clear early on into the existence of three-piece Dallas riot grrrl band Lizzie Boredom‘s run: This band gets the importance of a name.

Take, for instance, the group’s Lizzie Boredom moniker. It’s a hell of a first impression on its own, a reference to Lizzie Borden, the Massachusetts woman was charged with (but eventually acquitted of) the murder of her father and stepmother in 1892 and, in a bizarre turn, saw her story immortalized via one of the most gruesome nursery rhymes of all time.

And then there’s the band’s fiery lead single, “So… You’re A Mixologist?”, which we debuted in July of last year. That, too, is a fine, delightfully upfront introduction into the delicious, rather disdainful lens through which Lizzie Boredom’s members view modern society.

We’re not the only ones on board with Lizzie Boredom’s naming abilities, either. Late in 2016, as part of its annual celebration of the year in band names, The Onion‘s AV Club not only commended the band on its name, but on the title of its debut track.

So it comes with no surprise at all that, for its second single, Lizzie Boredom is again dropping a song that, simply based on the strength of its title alone, immediately demands your attention. Called “Dead Men Can’t Cat Call,” the song leaves no doubt about the band’s thoughts on misogyny. It’s also an impossibly strong and tough-sounding track that affirms our belief that this is one of the most promising acts in town — and one we were stoked to host on the bill for our five-year anniversary part this past weekend.

Furthermore, we’re thrilled to give you the very first taste of “Dead Men Can’t Cat Call” via the below premiere of the song. Give it a listen, and do yourself a favor: Get on board with this band ASAP. Also, uh, don’t ever cat call them, OK? For one thing because it’s 2017, but also because they very well might kill you if you do.

Rad, right? Your next chance to catch Lizzie Boredom live will come on May 13, when they perform at the Homegrown Music & Arts Festival. Don’t sleep.