Lebron James And Dwyane Wade’s Sons Are Coming To The AAC. 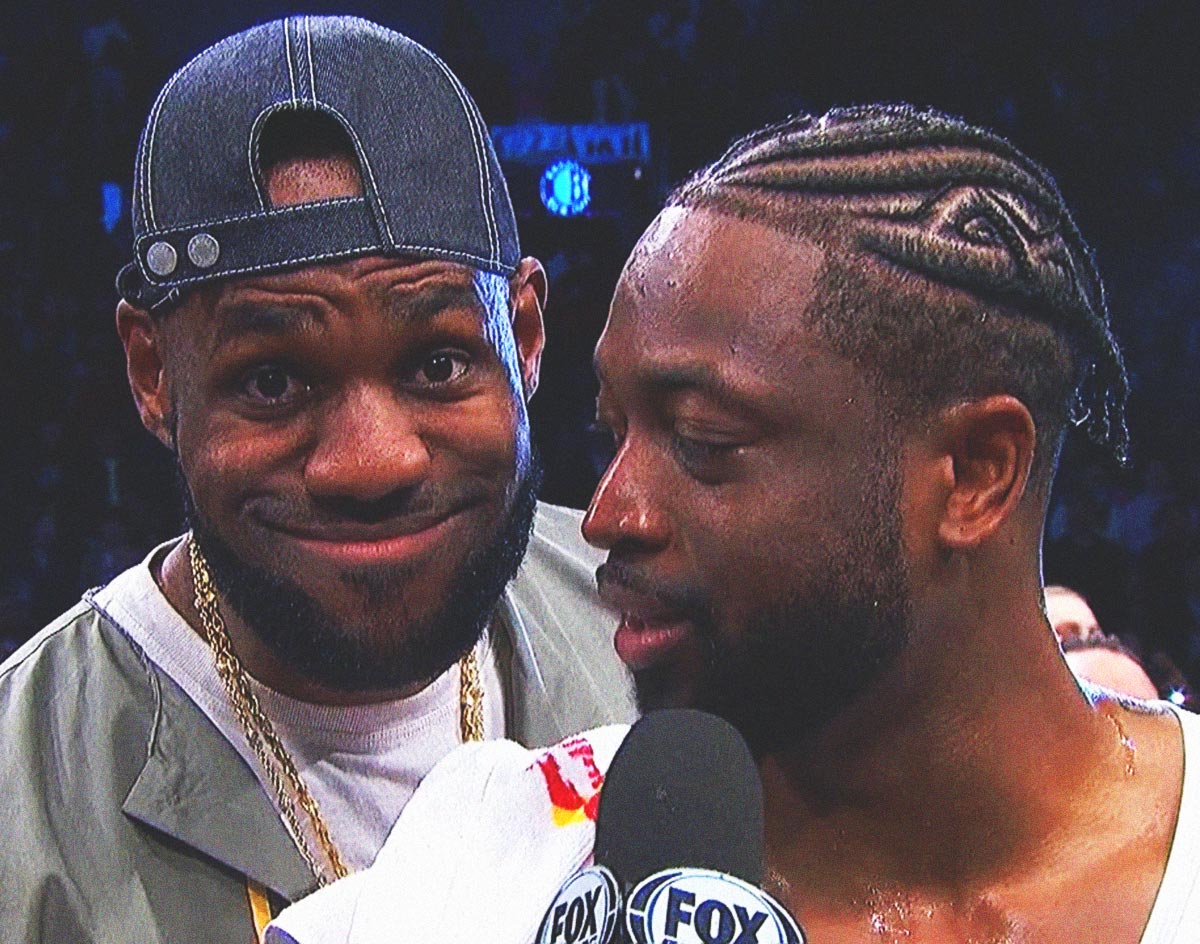 The Famous NBA Offspring Are Among The Many Top-Ranked High School Recruits Participating In The Annual Thanksgiving Hoopfest Showcase.

It’s about to be Duncanville High School men’s basketball versus the world!

The defending Class 6A state champ Panthers will face off against a dozen of the top-ranked high school players in the country over the span of back-to-back games on consecutive nights later this month — and that’s before even counting the freshman offspring of NBA legends (and noted Dallas Mavericks rivals) Lebron James and Dwyane Wade, who will also be on one of the opposing rosters Duncanville’s team will face throughout the high-profile tournament it’s hosting.

So, uh, well… hey, at least they’ll be doing so in their own backyard?

On November 29 and 30, Duncanville will host the 11th annual Thanksgiving Hoopfest, which is traditionally held at the Panthers’ home court at Sandra Meadows Memorial Arena. Because of increased interest in this year’s event, the final four games of the tournament at the American Airlines Center. Prior to the venue change, the Dallas Morning News reports, tickets to this year’s tournament, which annually features some of the top boys’ and girls’ basketball programs in the country, sold out in just 48 minutes.

Those AAC-hosted games include the highly anticipated match-up at 8 p.m. on Saturday, November 30, between Duncanville and the Los Angeles private school Sierra Canyon. That guest team is especially notable because it features on its roster the 15-year-old guards LeBron James Jr. (known as Bronny) and Zaire Wade, who are now playing together much like their fathers did on the Miami Heat team that the Dallas Mavericks beat to win the 2011 NBA Championship.

SEE ALSO: [QUIZ] Can You Match The North Texas High School With Its Mascot?

It should be said, though: While James and Wade are likely the biggest-drawing names of the tournament, the two are likely not the top players who’ll be hooping over the course of the weekend — or, y’know, not yet, anyway.

Since they’ve yet to play a game of high school basketball, player rankings for the class of 2023 are tough to come by, although this list places James as the No. 25 player in his year, and leaves Wade unranked.

The really scary thing? Sierra Canyon isn’t even the best team Duncanville will face over the course of the tournament.

On Friday night, the Panthers face off against Montverde Academy at Meadows Area. The top-ranked high school basketball program of decade per MaxPreps (producing the likes of NBA stars Joel Embiid and Ben Simmons, just to name a few), this stacked Florida program boasts on its roster five of ESPN’s top 100-ranked high school players for the class of 2020, one within the top 100 for the class of 2021 and three in the top 100 for the class of 2022. Montverde’s top player is the Arlington-sprung, 6’7″ senior point guard Cade Cunningham, a five-star recruit ranked No. 2 in his class and committed to play at Oklahoma State next year.

Tickets to see that match-up are, as already mentioned, sold out. But Monverde will also play on Saturday at the AAC, facing off against Houston’s Yates High School at 9:30 p.m. after the Duncanville-Sierra Canyon game concludes.

Regardless, it’s safe to say that the Panthers have their work cut out for them at this year’s Hoopfest. Unless the team wants to kick its season off with two losses, it will need a massive showing from its own star player — senior 6’7″ small forward Micah Peavy, a four-star recruit who is ranked No. 33 in his class and who has committed to playing at Texas Tech next year.

You can root Peavy and the Panthers on in person at the AAC on November 30 by securing general admission tickets, which get you access to all four games held there starting at $30 a pop via Ticketmaster. (You can also stream the entire tournament at home via FloSports if you find yourself still in your food coma from Thursday’s Thanksgiving dinners.)