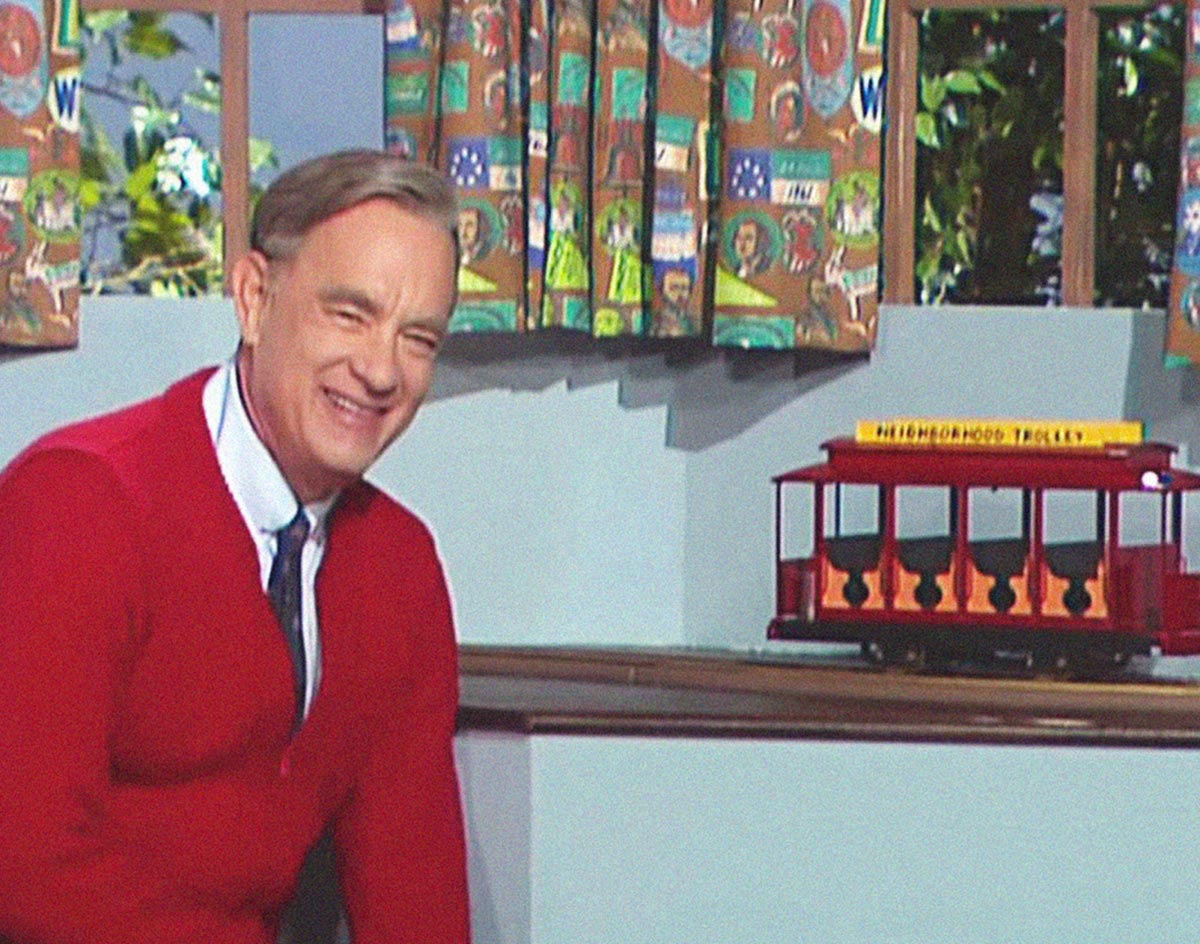 Following Up Last Year’s Beloved Mr. Rogers Documentary, A Beautiful Day In The Neighborhood Finds Tom Hanks At His Most Sincere.

Mr. Rogers is an untouchable person.

Don’t say anything bad about him, or you will have hoards of fans coming at you, yelling something about
are destroying your childhood.

With all that material already available, it was wise for Hollywood to avoid making a dramatization of an already popular documentary with its follow-up biopic. Instead, A Beautiful Day In The Neighborhood centers around one journalist’s view of Rogers (Tom Hanks). In this premise, Lloyd Vogel (Matthew Rhys) is sent to write what he considers to be a puff piece about Rogers for an upcoming hero issue of Esquire. By the time he’s done reporting, though, Vogel’s life is forever changed as a result of this chance assignment.

If you’re looking for an in-depth telling of Mr. Rogers’ life, this is not the film for you. With the also-untouchable Hanks portraying Rogers with a lightness and sincerity we haven’t seen from Hanks before, Rogers seems almost too good to be true. Still, he protests to Vogel that he’s no saint — something Rogers’ wife also confirms. Rogers just says he tries to live his life by appreciating everything and everyone around him, tiresome as that may seem.

Included in that lot is Vogel. When he’s assigned to cover Rogers, he’s at a low point in his life. He has a new baby, a supportive (but tired) wife and a strained relationship with his father. Most of all, though, Vogel isn’t happy — and it comes across in his writing. Specifically because he sees the world as a nihilist might, Rogers agrees to let Vogel interview him — because, as a cynic, Vogel is the exact type of person Rogers loves to win over.

Using this premise, the film explores the forces behind anger, and how we can turn those feelings into forgiveness. As you might expect, there are scenes that tug at the heartstrings — but they feel a little forced. When Vogel confronts his father, it feels lifted from an after-school special. His entire arc feels a tad too predictable.

Even so, the film works as a whole because of Hanks’ dedicated performance. While A Beautiful Day In The Neighborhood doesn’t necessarily tell anything about Mr. Rogers’ life that the documentary missed, Hanks’ Rogers is shown to be a little less infallible in the brief moments when he lets Vogel in on some details from his past. Still, he still comes out saint-like in all of his answers.

As if you ever doubted it, look for Hanks to get an Academy Award nomination for this one come 2020.