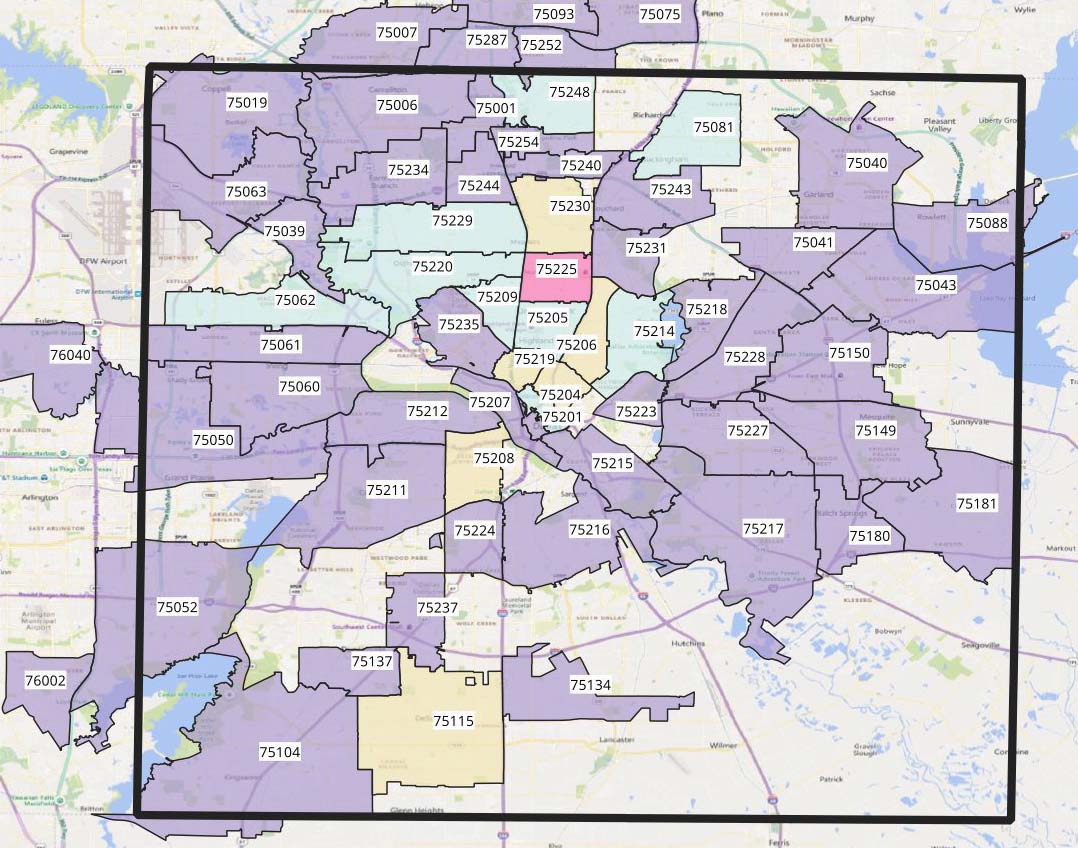 Shortly after 6 p.m. on Thursday, Dallas County Judge Clay Jenkins tweeted out the below map, which shows the spread of the coronavirus across the county, broken down by the zip codes in which the affected live.

Updated to reflect the confirmed cases in the area as of Wednesday, March 25, this newest map is a stark visual — especially when compared to the one Jenkins released just two days ago, which showed the virus’ community spread through Monday, March 23. 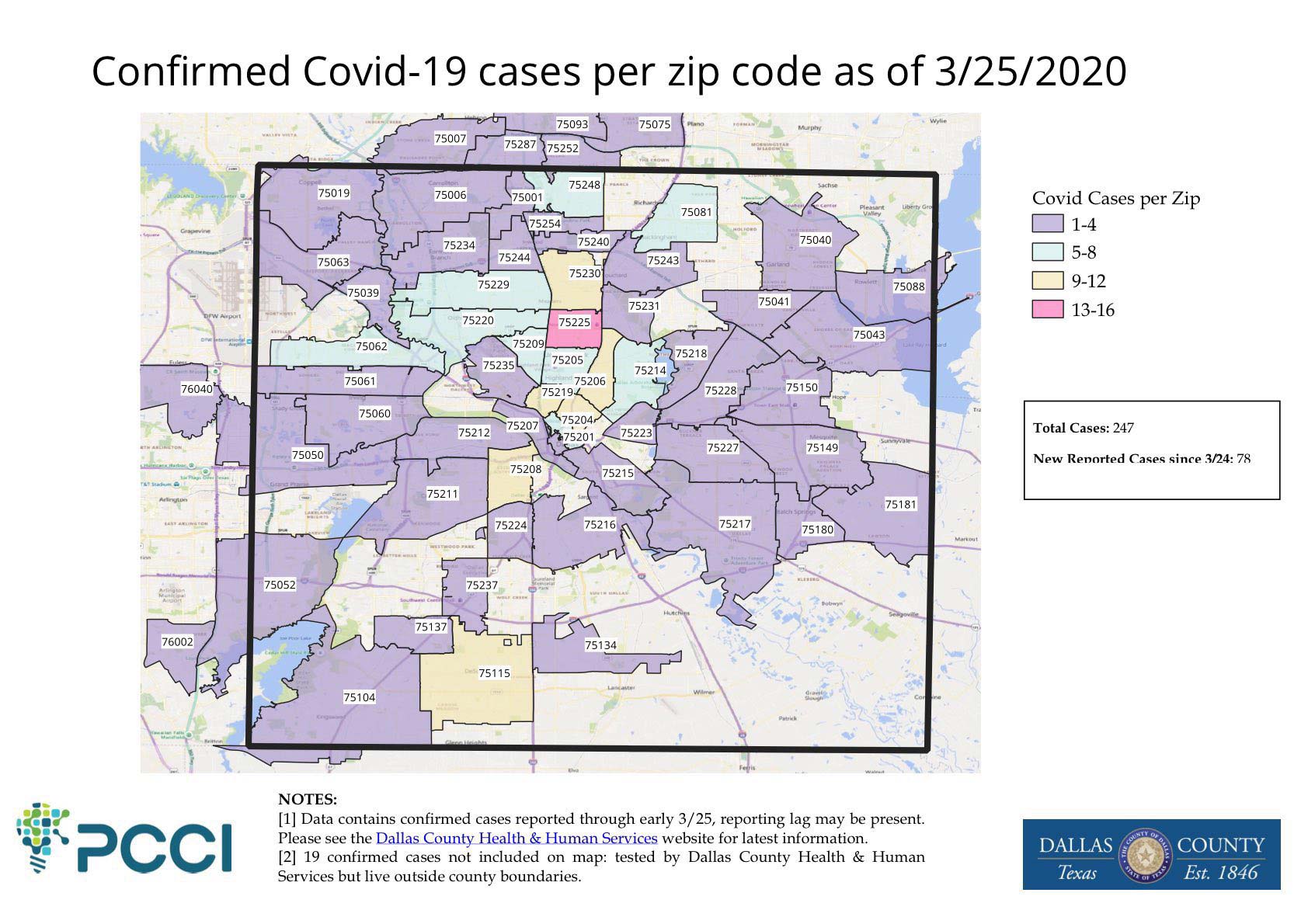 Beyond the notes on the map itself, some additional observations:

1. Obviously, the coronavirus’ spread across Dallas County is expanding, with more and more zip codes now boasting at least one positive case. As of Wednesday, most every residential area in Dallas County has been affected, with only a handful of exceptions.

2. Most zip codes’ total of infections appear to be rising — including the worst-affected area of University Park (75225), which jumped from nine confirmed cases on Monday to somewhere between 13 and 16 confirmed cases on Wednesday.

3. That this map shows greater spread than earlier ones isn’t surprising. Wednesday saw the county’s largest spike in confirmed cases yet, with 78 positive cases announced. In somewhat of a positive note, Thursday’s numbers saw somewhat of a regression: Dallas County health officials announced 56 new positive cases, including the seventh county’s seventh coronavirus-related death. The total number of cases in Dallas County is now 303. These latest numbers are not reflected in the above map. The same, it should go without saying, is true of the hundreds who have been tested but are still awaiting their results.

4. As noted previously, there still appears to be something of a connection between the wealthiest counties in the region and the most-affected ones. This could possibly be the result of the people who live in those areas having better access to testing in advance of the county opening its two public testing sites — located at the American Airlines Center (2500 Victory Plaza) and Ellis Davis Field House (9191 S. Polk St.) — over the weekend.

5. Speaking of those testing sites: They are still not allowed to administer more than 250 tests per day, per federal mandate, thus capping the number of public tests that can be done daily in Dallas County at 500. There clearly is a higher demand in place than just that: Although both sites are supposed to be open from 8 a.m. to 8 p.m. each day, the American Airlines Center site hit its limit even before noon on Thursday. Keep in mind: In order to qualify for a test, one must display a shortness of breath, a cough and a temperature of 99.6 or higher — all at once.

6. Thought this map doesn’t show as much, it’s important to remember that this global pandemic isn’t just affecting Dallas County locally. Across North Texas, there have been 550 known confirmed cases of COVID-19 to date, along with nine coronavirus-related deaths. There have also been 19 known recoveries, NBCDFW reports.

Expect these visuals to look worse in the coming days.

As ever, do your part in fighting the pandemic’s spread by staying the fuck home and washing your hands.