What Does Dallas’ Police Oversight Board Really Oversee? 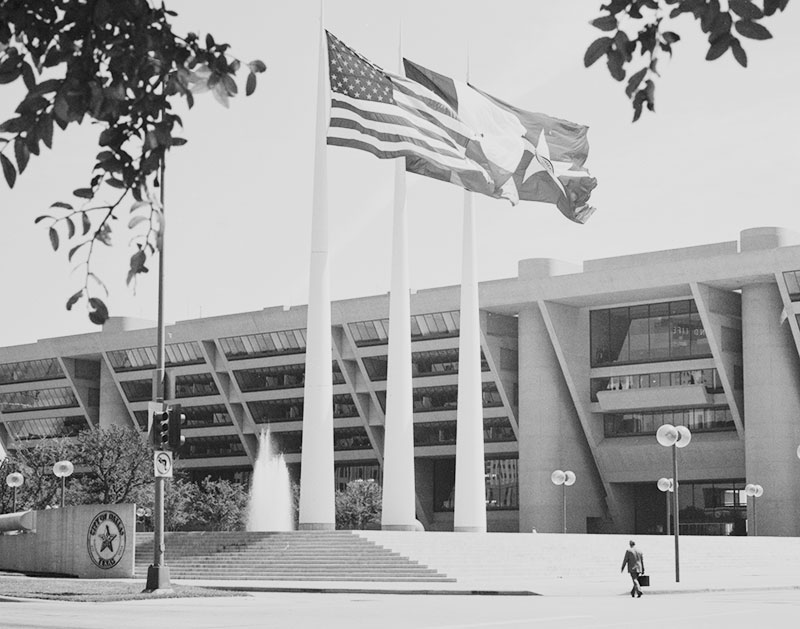 In Its First Meeting Since Police Brutality Protests Started Breaking Out Across The City, The Big Reveal Was How Little Info DPD Shares With Its Watchers.

When Dorothy and her traveling friends arrived at Emerald City and finally got to see the great and powerful Oz, Toto pulled back the curtain and revealed that there was just a simple little man pushing the buttons and working the hologram that everyone so revered and feared.

And, just like that, the figurehead that once seemed so impressive in size and status turned out to be nothing more than a rouse — a clever one, sure, but a rouse nonetheless.

Much like the little old man frantically pushing buttons in a panic in Oz, the persons charged with policing the police in Dallas, the Community Police Oversight Board, revealed themselves on Tuesday to perhaps not have the power that the public wants them to have — or, maybe better put, that the police wants the public to believe that they have.

On Tuesday evening, in their first meeting since the city has fallen into civil unrest with protesters taking to the streets to call for accountability, the Dallas Community Police Oversight Board met to discuss various line items and to allow for some public comments.

Much like Friday’s marathon city council session, this meeting too faced a great amount of technical difficulties in terms of its video stream being made available to the public, and of its callers being able to get through on the phone line.

More than that, and much like the city council before it in recent and turbulent days, this board seemed on Tuesday as if it had previously counted too much on the apathy of the citizenry to allow its mere existence to count as win enough.

Even Dallas Mayor Eric Johnson seemed to get that.

He opened the evening meeting by stating that, yes, city council is finally planning to hear protest demands and look at the changes that the police department needs to consider moving — including, he noted, budgeting re-considerations.

Then he spoke to the responsibility this police-eyeing board had in terms of helping the community and hearing out the taxpayers who fund the city’s operations: “This is not a game,” he said. “This is real serious. This is people’s lives.”

Finally, he thanked the board for simply existing, and encouraged them to ask tough questions, to “push” and to “do [their] job.”

The board’s response to the mayor’s charge, however, was to ask very few tough questions at all, to talk about all of the things that they “want” to see happen and then, weirdly, to speak giddily about a new hybrid vehicle for the board to drive around in. (Which, hey, it’s neat that they have a hybrid vehicle and all to help them with their duties, but maybe that shouldn’t the focus of things at the moment considering the current climate?)

More concerning was when it was revealed just how little control the community police oversight board actually has.

After the disappointingly few public call-in comments that were allowed, the board moved on to its agenda, most notably by outlining how many complaints it has received against DPD in the last few months.

From March to May, they revealed, the board received a total of 176 complaints to investigate. While that sounds like a big number, and may look good for the cameras watching, there are actually a few major factors shrinking that volume.

As was discussed in this Tuesday meeting:

Among many eyebrow raises, the obvious questions here: Why are the police determining what is available for oversight and what is not? And doesn’t that undermine the board’s purpose?

Throughout the week, Dallas Police Chief U. Renee Hall, who briefly made an appearance herself, has remained steadfast when questioned about her position that only external complaints are to be handled by the board, which is to say citizen-made ones that have already been vetted by police. Under her watch, internal investigations –and their findings that may be influential in an objective investigation of a complaint — never actually make it as far as the community oversight board.

It’s interesting, then, that Tuesday’s meeting revealed Hall herself to be the target of a recent complaint — one that she refused mediation for and that was eventually dismissed after representatives from Dallas Fire-Rescue independently determined that the allegations against her were unfounded.

The board admitted Tuesday that it still doesn’t know if the public will ever see the information surrounding that complaint against Chief Hall — a that reveal left anyone watching who was able to stomach the poor technology with more questions.

Questions like: Why do people file complaints through the Dallas Police Department at all? Is there a system that allows Spanish speaking individuals to submit their complaints? Why is there not an anonymous tip line for things like this? Why does the board have to go to the police department and have someone log them into the system to get a censored smattering of results? And if a complaint happens to make it through the convoluted and difficult process of reaching the 15-person, city council-appointed board, why does the original documentation later go back to the Dallas Police Department to be stored without backup elsewhere?

How is any of that accountability?

As Dallasites continue taking to the streets to ask for police policy changes, these board members are faced with a major responsibility. Tuesday showed them to be clearly overwhelmed and far too under-informed to be able to execute their ostensible aim of keeping DPD in check — the demand for which is only going to keep growing as June advances on.

These valid queries were specifically raised by one of the few callers who happened to make it through during the citizen phone-in section. With her time, Dallas counselor and community activist Zandra Ellis noted that no one in the citizenry really seems to know who these 15 council-picked board members are, what their qualifications for their roles are or even what they’re tasked with really doing. Her intrigues were met with a promise of a personal follow-up, but their easy-enough reveals never came on Tuesday.

Still, the board did make a few proper demands by the time Tuesday’s meeting wrapped up: They asked DPD to turn over the arrest data it had on the protests that have taken over the city for the last 12 days; they indicated an intent to independently review the department’s current use-of-force policy; and, perhaps most notably, they asked the city manager to make sure they actually will soon have full access to officer dash cam and body cam footage, as well as DPD’s Internal Affairs investigation records.

Will they get those things? Tuesday’s meeting didn’t instill much confidence.

Which would be too bad. It’d be a shame indeed if Dallas’ Community Police Oversight Board turned out, in the end, to be just a mirage — not unlike Oz.