Justice League Avenges Some Of DC’s Past Errors. 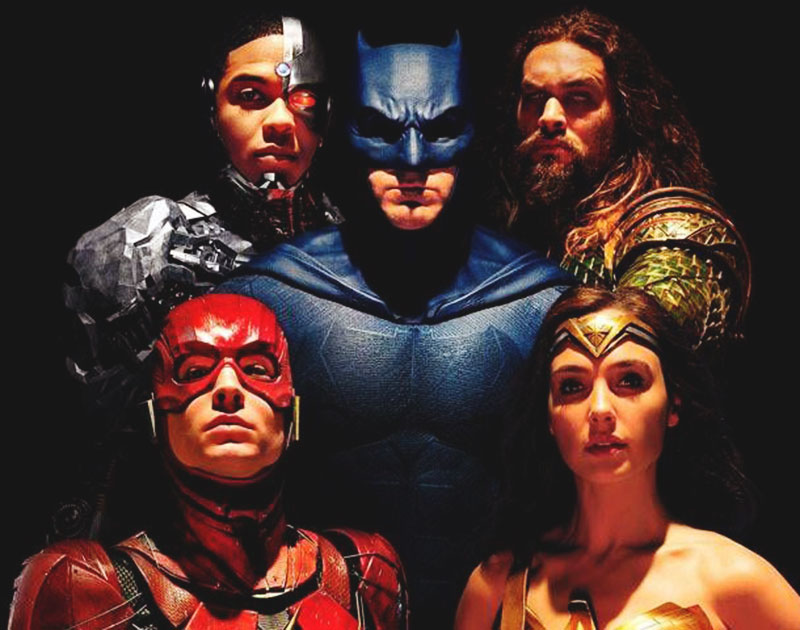 By Embracing Its Role As A Spectacle And Lightening Things Up Some, Justice League Delivers Where Past DC Film Efforts Have Failed.

With Justice League, which gathers DC Comics’ biggest characters on film for the first time, the comic book publishing giant appears to have finally figured out how to transition its extensive roster of characters from the page to the screen.

Coming across like something of a soft reboot for DC’s onscreen narrative, Justice League picks up the story shortly after the events of Batman V. Superman, with Batman (Ben Affleck) on the hunt of mysterious winged creatures in Gotham. Turns out, these new evils are scouts for a world conqueror named Steppenwolf (Ciaran Hinds), who’s coming back to take revenge on Earth after a humiliating defeat suffered thousands of years ago.

Using files stolen from Lex Luthor, Batman and Wonder Woman (Gal Gadot) reach out to the other heroes not yet introduced into arc — Cyborg (Ray Fisher), the Flash (Ezra Miller) and Aquaman (Jason Momoa) — and enlist them in the fight the oncoming invasion. The clear issue: Unlike Batman and Wonder Woman, none of these newcomers have fought alongside anyone else before. Will they learn to put aside their differences and work towards a common good?

What do you think?

If your immediate thought is, “Hey, this sounds like a certain other superhero movie!” you might be right — but only on the surface level. Because, otherwise, that’s where the similarities between Justice League and The Avengers end.

Justice League has greater thematic aspirations than its Marvel counterpart does. It’s also super fun and more than just a little bit of a mess. But, most of all, it’s ambitious, and a refreshing change of tone for a series of films that was in desperate need of washing away the the bad taste of its grim entries of yore.

Sure, there are some dark overtones here too. But, also, there’s jokes! At the beginning of the movie, all of the members are seemingly aimless: Aquaman, is a drunk in a remote fishing village; Flash/Barry Allen is working dead end jobs and visiting his father in jail; Wonder Woman/Diana remains a mystery to much of the world; Cyborg/Victor Stone is still reeling from the experiment that brought him back to life as, well, a cyborg; and Batman feels the weight of Superman’s death on his shoulder.

Everyone makes jokes — yes, even Batman — but it’s only once the League coalesces and shows signs of losing its heretofore morose sheen that the audience is able to embrace this change and laugh along with them.

Fortunately, that moment comes fairly early on in the film — a smart call by directors Zack Snyder and Joss Whedon. This entire group has great chemistry together. In a particularly touching scene, Cyborg and Miller’s film-stealing Flash bond over being the “accidents” of the team, given their respective origin stories. Aquaman, meanwhile, is a blast once he lets his guard down. And, wouldn’t you know it, there are even some hints of a Wonder Bat romance.

Best of all, though, when the team fights together, their efforts feel like real teamwork — even if, in reality, Wonder Woman is easily the most powerful and best fighter of the bunch and the clear choice as team leader in an alternate, objective universe.

As far as villains go, Steppenwolf is fairly imposing. But, as with most makeup- or CGI-heavy villains, his character represents little more than a common enemy for our heroes. That said, the way the film touches on his past battles with Atlanteans, Amazonians, humans and even a Green Lantern is exciting, a reinforcement of the strengths of the film and a nice tease of where this universe could expand down the line.

Perhaps Justice League itself should’ve been expanded? Originally, it was planned as a two-film release — one centered around efforts at bringing Superman (Henry Cavill) back from the grave and another focused on bringing down Steppenwolf — and condensing those two tales to one somewhat impedes the film’s flow and dilutes its specific and carefully crafted tone.

The issues don’t stop there. Various plot lines fail to pay off at all and should’ve been ditched entirely. There are also some tone deaf costume choices. And, somehow, DC still isn’t entirely sure what it wants to do with Superman.

That said, there’s more to like in this movie than not. Justice League‘s characters progress in interesting over the course of its run, its story knowingly embrace its role as a spectacle and the script isn’t too bogged down with efforts at setting up future entries into the series.

Instead, Justice League squarely places its focus on its heroes, their flaws and how they must overcome them for a greater good.

That’s all you really need out of these stories. And, in that most basic of parameters, Justice League definitely delivers.