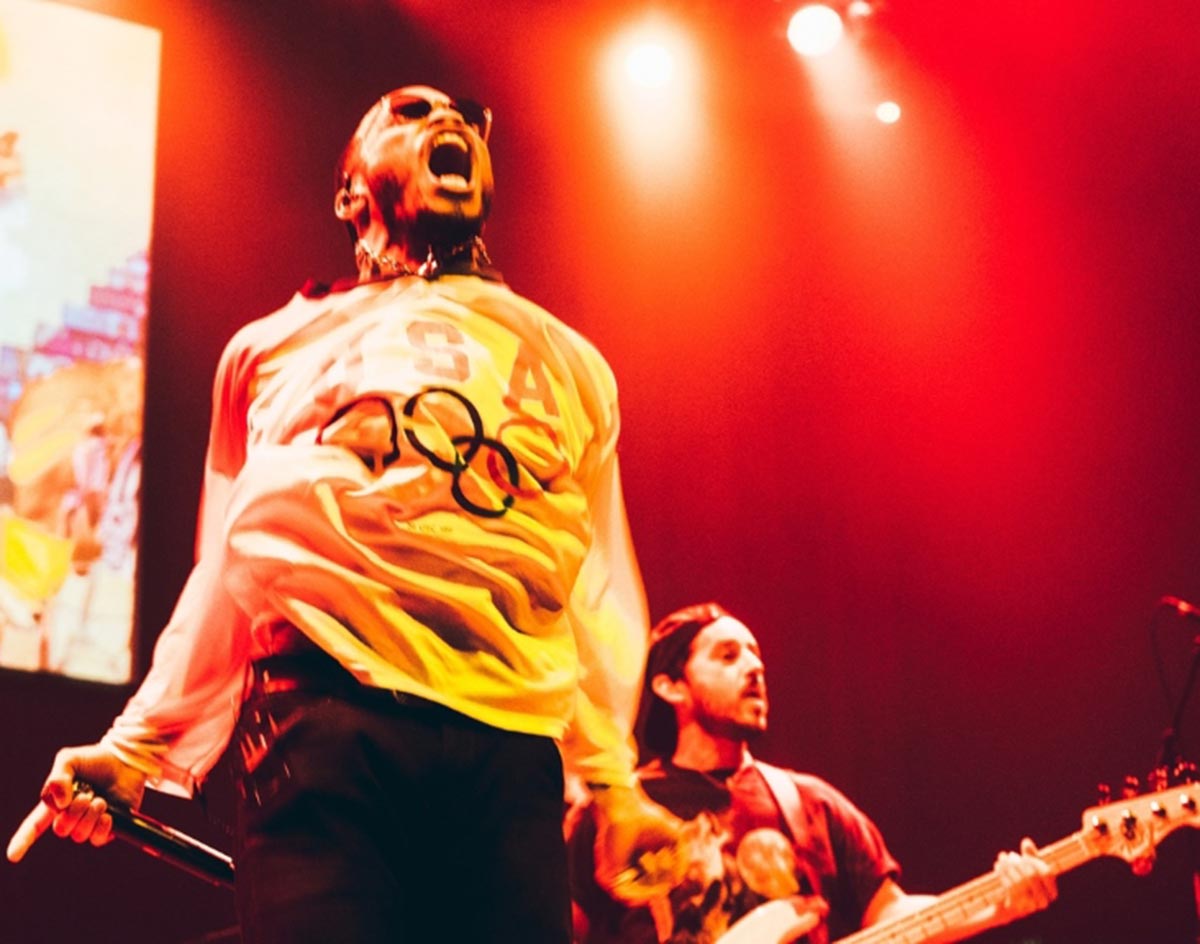 Hey, remember that mountain lion in Colorado we talked about earlier? The one that got strangled by a jogger who was going about his business until stumbling into the cross-hairs of one of mother nature’s most ruthless killing machines?

Well, turns out, that mountain lion was just a hungry cub.

I guess the jogger’s act of self-defense is still valid since he was still in danger, but all this time, we thought he was a lot cooler. We had this vision of a fully-grown mountain lion being strangled to death by a plainclothes working stiff whose inner-Hercules was finally unleashed at the slightest provocation.

Still, take note: Hiking is dangerous, and your best bet to escape the adverse effects of deforestation would be to place yourself in the urban jungle, where all the nightlife takes place. We suggest you plan ahead and look at the concert announcements below for some ideas on where to start.

Cayucas
Thursday, April 25, at Legacy Hall
Free Show.
Legacy Hall in Plano has been host to a handful of free shows worth checking out, and they continue down that trajectory with Santa Monica surf pop band Cayucas. Remember back in 2012 when that was a big deal?

King Dude
Saturday, April 27, at Regal Room
On sale now.
If you like neofolk artists such as Death in June — but don’t love all the associations of white supremacy — give this show a shot!

Wicca Phase Springs Eternal
Friday, May 3, at Dada
On sale now.
Wicca Phase Springs Eternal is the current project of ex-Tigers Jaw member Adam McIlwee, who hopped on the emo rap trend early enough to help form GOTHBOICLIQUE in 2013 along with influential members of the movement such as Lil Peep, Lil Tracy, Cold Hart and others. While you’re at it, check out this Billboard interview of his that dropped a few weeks ago.

TV Girl
Wednesday, May 8, at Deep Ellum Art Co
On sale now.
The electronic project fronted by Brad Petering is more than likely named after the Beat Happening song of the same name. There’s no other explanation.

The Killers
Thursday, May 9, at The Bomb Factory
On sale Friday, 3/8, at 10 a.m.
Right before they headline KAABOO Texas in Arlington with Lionel Richie, the band that Mitt Romney once famously said he enjoys plays a fairly intimate show at The Bomb Factory. Whether you love them or hate them, “Somebody Told Me” normalized androgyny.


Yungblud
Thursday, May 9, at Dada
On sale Friday, 3/8, at 10 a.m.
This dude is dating Halsey, and recently did a collaboration with her and Travis Barker. Apparently, he’s in the studio with Machine Gun Kelly currently.

Elm Street Music & Tattoo Festival
Friday, May 17, through Sunday, May 19, in various Deep Ellum venues.
On sale now.
Along with about a bajillion tattooers, music acts Lucero, Riverboat Gamblers, Peelander-Z, Daikaiju, Vandoliers, Convoy & The Cattlemen and Whiskey Jar have been so far announced for this year’s offering, with more lineup additions to come.

Knife Knights
Saturday, May 18, at Ruins
On sale now.
Ishmael Butler from Digable Planets and Shabazz Palaces is in this group, which is embarking on its first North American tour, in support of the debut album 1 Time Mirage, which was released via Sub Pop. Pitchfork did a rad feature on the group late last year, and it is worth your time.

The Damned Things
Sunday, May 19, at Gas Monkey Bar n’ Grill
On sale Friday, 3/8, at 10 a.m.
Anthrax’s Scott Ian, Every Time I Die’s Keith Buckley and Fall Out Boy’s Joe Trohman comprise this — I don’t care, I’m gonna say it — supergroup. Buckley, by the way, is also one of the founders of The Hard Times.

Pokey LaFarge
Wednesday, May 29, at Granada Theater
On sale Friday, 3/8, at 10 a.m.
If you’re looking for an artist whose music and fashion sense is a throwback to the time jazz, blues, swing and ragtime were popular, this might appeal to you. If you hate musicians who use nostalgia as a crutch for personality, then steer clear.

Full of Hell
Thursday, June 6, at Ridglea Room
On sale Friday, 3/8, at 10 a.m.
Relapse Records signees Full of Hell return to Fort Worth with Primitive Man and Genocide Pact right before all three play the Austin Terror Fest with Lightning Bolt, TR/ST and others. Since 2009, this group has made waves in the grindcore circuit and has even moved the genre forward with their Merzbow collaboration in 2014.

Aly & AJ
Friday, June 7, at Canton Hall
On sale now.
First, the Jonas Brothers are back, and now this. This week is the gift that keeps on giving.

Anderson .Paak & The Free Nationals, Mac DeMarco and Thundercat
Wednesday, June 12 at Toyota Music Factory
On sale now.
The California-based rapper, R&B singer, producer and Grammy winner Anderson .Paak made a splash in 2016 with his second studio album Malibu, and sustained the hype in 2018 with his follow-up LP Oxnard. He is slated to release his fourth full-length Ventura on April 12 of this year, and will be hitting the road in support of it. Joining him for this date are Mac DeMarco and Thundercat.


Jamila Woods
Wednesday, June 12, at Deep Ellum Art Co
On sale Friday, 3/8, at 10 a.m.
There’s a camaraderie in the Chicago rap scene, and this is most evident by the features that younger Chicago artists get to do with more established ones. Jamila Woods is no exception to this. The soul singer was featured on Chance the Rapper’s “Sunday Candy” and “Blessings,” and collaborated with Chance, Noname, Kweku Collins and Saba on her debut album HEAVN, which Pitchfork ranked as the 36th best album of 2016.


We Were Promised Jetpacks
Friday, July 26, at Dada
On sale Friday, 3/8, at 10 a.m.
The Scottish rock band that has been furiously demanding jetpacks since 2003 will be touring to celebrate the 10-year anniversary of their debut album, These Four Walls.


Alice Cooper and Halestorm
Wednesday, July 31, at Toyota Music Factory
On sale Friday, 3/8, at 10 a.m.
Seems Alice Cooper will have an opportunity to perform at the new Good Records location, and if he doesn’t act on it right before this show, we will all be disappointed.

The Growlers
Saturday, August 10, at Granada Theater
On sale now.
You know how we implied in a blurb earlier in this post that surf rock/pop is no longer trendy? Well, this band is the exception to that rule.


George Clinton & Parliament Funkadelic
Saturday, August 24, at The Bomb Factory
On sale Friday, 3/8, at 10 a.m.
Not to be confused with George Clanton, whom we have interviewed in the past (yes, we’re really plugging this), George Clinton is a funk legend who should need no introduction. If you’re not familiar with his work, you should listen to Maggot Brain in its entirety. It’s a fantastic album.

Slipknot
Saturday, September 7, Dos Equis Pavilion
On sale Friday, 3/8, at 10 a.m.
One of the few nu-metal bands with street cred will be touring in anticipation of their annual festival, Knotfest. Volbeat, Gojira and Behemoth open.