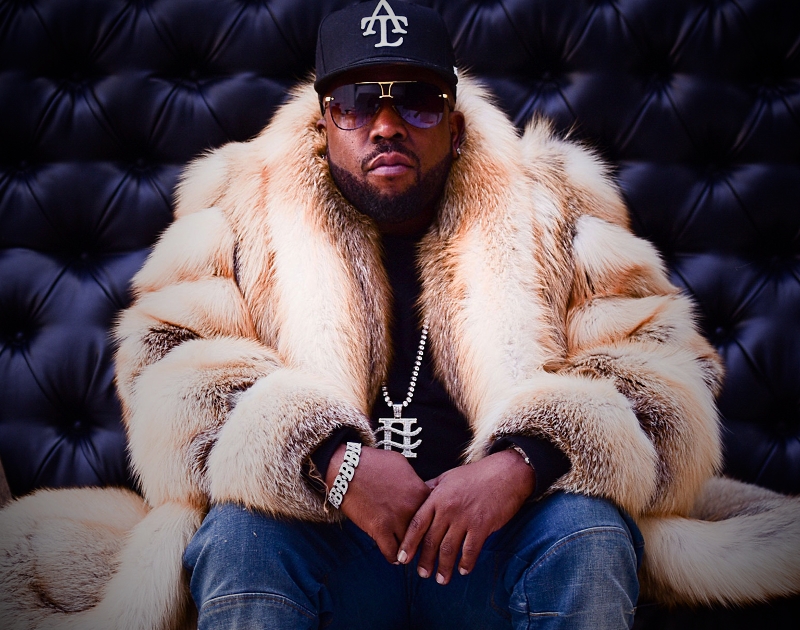 According to reports, a jogger in Fort Collins, Colorado, strangled a mountain lion to death with his bare hands earlier this week. Authorities say the man was running and got chased down by a mountain lion, who pounced as soon as the runner turned because he’d heard a noise behind him.

The cougar tested negative for rabies, and the man was released from the hospital after being treated for serious injuries.

Let this be a lesson to everybody who is fearful following the recent string of coyote attacks in Frisco: When Mother Nature retaliates against mankind for deforestation and misdirects its outrage towards you, strangle the beast. Or, better yet, carry an ice pick with you whenever you run so that you can give the coyote the Leon Trotsky treatment at the slightest provocation.

Also? Maybe don’t hang around places that coyotes like to frequent.

Speaking of which, have you ever seen a coyote at a music venue? Of course not! And even if, for some bizarre reason a coyote should mosey its way on into one, venues hire door people to act as gatekeepers. And it will be their responsibility to ward off the coyote attack, not yours.

So come to any of these shows if you want to avoid carrying around an ice pick at all times.

Brndn Blue
Thursday, February 14, at Dada
On sale now.
Brndn Blue (FKA Blue, The Misfit) returns back home from Brooklyn for three nights of DJing. Before performing Imperial Nights at The Nines on Saturday, February 16, and hosting his Just Travis Scott party at his old RBC stromping grounds on Sunday, February 17, the rapper, producer and DJ will serenade crowds at Dada with some R&B music for an event dubbed “For The Luver In U.”

Omar Apollo
Saturday, March 9, at Trees
On sale Friday, February 8.
Omar Apollo is a 21-year-old Chicano soul artist, and one of many Generation Z musicians to use SoundCloud as a platform to garner hype. Said REMEZCLA of Apollo: “He’s quickly becoming one of the [Chicano independent music] scene’s most promising talents.”

NSFWknd
Wednesday, March 12 – Sunday, March 17, in Deep Ellum
On sale now.
Philadelphia noise rock/shoegaze band Nothing are the latest addition to the NSFWknd 2019 lineup. That’s cool. In far more tragic news, Gorilla Biscuits guitarist Alex Brown passed away over the weekend due to a basal ganglia stroke, and it would be completely understandable if the band decided to cancel its highly anticipated show at Canton Hall. Still awaiting word there, though.

Lil Baby
Thursday, March 14, at South Side Ballroom
On sale now.
The Atlanta rapper is perhaps best known for his “Yes Indeed” hit, a banger that features none other than Mr. Aubrey Graham himself. But as evidenced by his performing at the 3,500-cap South Side Ballroom, Lil Baby doesn’t need to ride anybody’s coattails at this point in his career. But in case if you’re swayed by features and an artist’s ability to namedrop, his debut LP Harder Than Ever also boasts features from heavy-hitters such as Offset, Young Thug and Lil Uzi Vert.

Roy Blair
Friday April 5, at Dada
On sale now.
Rumor has it that Roy Blair met Brockhampton’s Kevin Abstract on Tinder. Regardless of that story’s veracity, Blair would go on to do backup vocals on some cuts from Abstract’s solo album American Boyfriend: A Suburban Love Story.

The Adolescents
Friday, April 12, at Three Links
On sale Friday, February 8, at noon.
Another comeback tour with a legendary punk band whose current lineup consists of just one original member. Hey, it’s working out swimmingly for Gang of Four and Black Flag.

DMX
Monday, April 15, at House of Blues
On sale Friday, February 8, at 10 a.m.
DMX got released from prison earlier this year after serving a sentence for tax fraud, and now he’s playing Dallas on Tax Day. We’re the only city on his comeback tour that gets to enjoy this irony!

Big Boi
Thursday, April 18, at The Bomb Factory
On sale Friday, February 8, at 10 a.m.
The morning following his set at the otherwise insipid Super Bowl halftime show, the hip-hop legend and Dirty South pioneer who also comprises 50 percent of OutKast announced a tour that includes a stop at Bomb Factory. If you were planning on seeing his Halloween show at Canton Hall before it got canceled, here’s another chance.

Chelsea Handler’s Sit-Down Comedy
Thursday, April 18, at Majestic Theatre
On sale Friday, February 8, at 10 a.m.
On April 9, the comedian, talk show host and bestselling author is releasing a new memoir, Life Will Be the Death of Me, embarking a few days later on a 16-day run where she’ll share humorous true stories from the book. Don’t get up.

of Montreal
Monday, April 22, at Trees
On sale now.
Polyvinyl signees and members of the Elephant 6 collective return to their normal stomping grounds at Trees, with frequent tourmates Yip Deceiver opening.

Al Green
Friday, April 26, at Toyota Music Factory
On sale Friday, February 8, at 10 a.m.
The Reverend just announced his first tour in seven years with the New Orleans Jazz & Heritage Fest as an anchor date. Because we have it so good here, DFW is one of five stops.

Hellogoodbye
Friday, April 26, at The Prophet Bar
On sale Friday, February 8, at 10 a.m.
The one-hit wonders behind “Here (In Your Arms)” are back, and in a smaller venue than usual.

Earl Sweatshirt
Thursday, May 2, at Canton Hall
On sale now.
In November 2018, Odd Future alumnus Earl Sweatshirt dropped his third full-length and magnum opus Some Rap Songs, and in doing so, he took on a more lo-fi production quality and made his notoriously dark lyrical subject matter even darker. Dallas’ own Liv.e is among the openers joining the despondent, reclusive rapper on this tour, this date obviously included.

Lolo Zouai
Saturday, May 4, at Three Links
On sale now.
The San Francisco-via-Paris R&B rising star recently released a collaboration with Blood Orange. You may not have heard of her, but six million Spotify streams on “High Highs to Low Lows” and 52.7k Instagram followers do not deceive.

3rd Ear Experience + JD Pinkus
Saturday, May 4, at The Foundry (Free)
The former is a psychedelic/experimental band from California, and the latter is the project of Butthole Surfers’ Jeff Pinkus, who has also toured extensively with the Melvins. Did I mention this show was free?

The Prodigy
Sunday, May 5, at South Side Ballroom
On sale Friday, February 8, at 10 a.m.
The big beat pioneers haven’t toured the US in 10 years. Last time they played Dallas, they opened for Linkin Park at the American Airlines Center.

Camp Cope
Sunday, May 5, at Dada
On sale Friday, February 8, at 10 a.m.
The Melbourne (it’s pronounced “mehl-buhn,” not “mehl-born”) indie rockers have described their sound as, “part Courtney Barnett, part Juliana Hatfield.” Anyway, they’re returning to Dada for the first time since their co-headline show with Petal.

Bear’s Den
Tuesday, May 7, at Canton Hall
On sale Friday, February 8, at 10 a.m.
The London folk rockers make a highly anticipated comeback since their sold out stint at The Kessler in 2017.

97.1 The Eagle Presents BFD 2019
Sunday, May 26, at Dos Equis Pavilion
On sale Friday, February 8, at 10 a.m.
Shinedown headlines this year’s BFD. Joining them will be Seether, Live, In This Moment, Thrice, Bad Wolves, The Glorious Sons and The Dirty Nil.

Nitzer Ebb
Sunday, May 26, at Trees
On sale now.
The respected EBM and post-industrial outfit have announced their first US tour in nine years, which includes their first Dallas show since their stand at Granada Theater in November 2010. Fans of Front 242, Cabaret Voltaire and Killing Joke would dig this.

REZZ
Sunday, May 26, at South Side Ballroom
On sale Friday, February 8, at 10 a.m.
REZZ has obtained a dedicated cult following in EDM circles — enough to where fans call themselves “Rezzbians.” If you’re looking for an energetic show that will give you tinnitus, look no farther.

The Lemonheads
Thursday, May 30, at Granada Theater
On sale Friday, February 8, at 10 a.m.
Because there’s still some beauty in the world, Tommy Stinson from The Replacements will open this show.

Camp Nowhere
Saturday, June 22, at Dos Equis Pavilion
On sale now.
Electro-pop giants Odesza headline what looks to be a mini-fest that may or may not be named after the 1994 movie in which Jessica Alba made her film debut. Zhu, Gryffin, Chelsea Cutler and Robotaki are slated as undercard additions for this impressive lineup.

Michael McDonald + Chaka Khan
Saturday, July 11, at Toyota Music Factory
On sale Friday, February 8, at 10 a.m.
Turns out, that fantasy about Michael McDonald and Kenny Loggins singing “What a Fool Believes” with Doobie Brothers I conjured up two weeks ago is 100 percent not happening, as McDonald will be co-headlining a show in Irving with funk legend Chaka Khan. Oh well, beggars can’t be choosers.

Sublime With Rome
Sunday, August 4, at Toyota Music Factory
On sale Friday, February 8, at 10 a.m.
The Venn Diagram of people who will come to this show and people who had a Boondock Saints poster in their college dorm is pretty much just a circle.

Vampire Weekend
Sunday, August 18, at Toyota Music Factory
On sale Friday, February 8, at 10 a.m.
In 2007, Vampire Weekend played Rubber Gloves in Denton to an audience of about a dozen people. Come to this show if you want to see how far 12 years has gotten them.

Zac Brown Band
Saturday, October 26, at Dos Equis Pavilion
On sale Friday, February 15, at 10 a.m.
Say what you want about Zac Brown, but it is a satisfying feeling whenever you wear jeans that fit perfectly. And he’s one of the only artists out there singing about that.