Somehow, The Jumanji Rebootquel Will Suck You In. 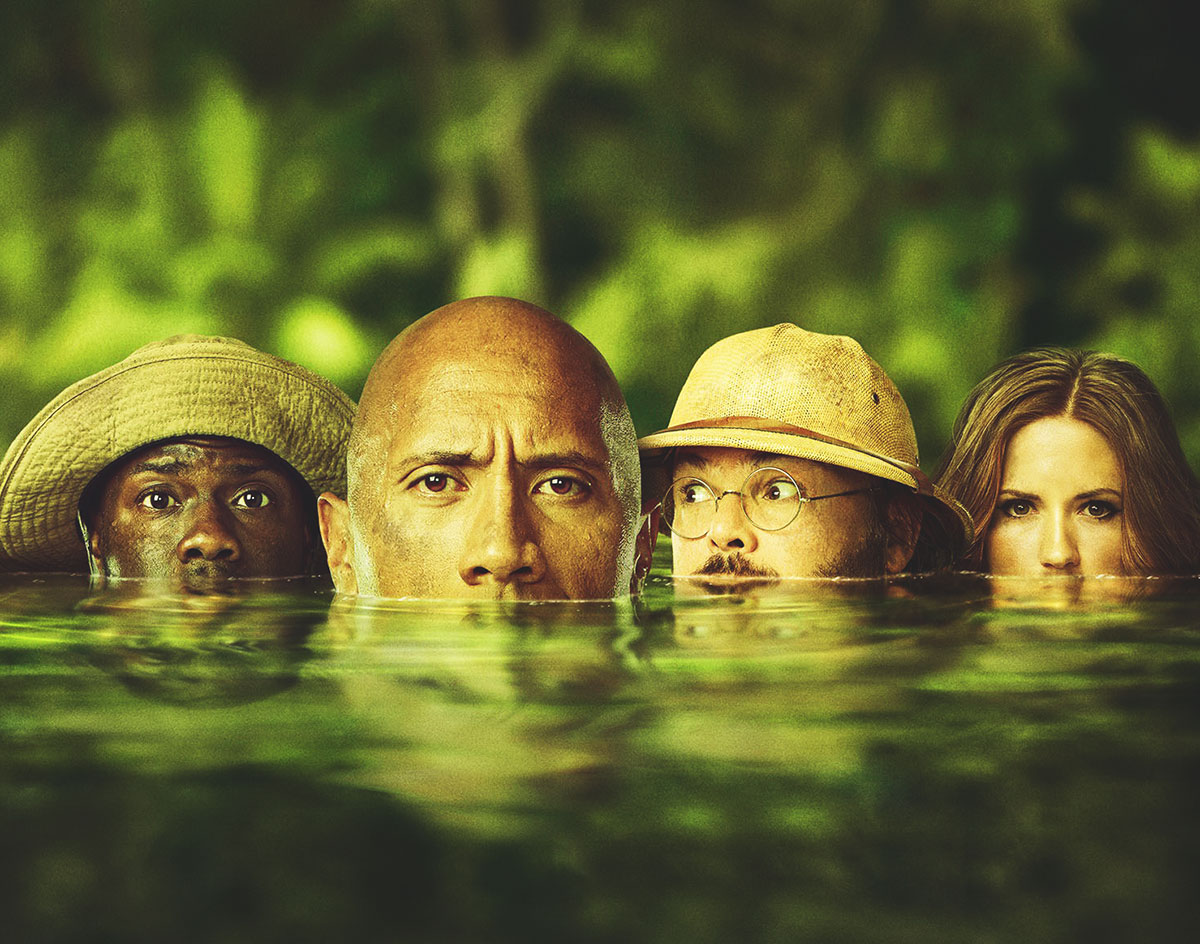 Let’s face it: No one was clamoring for a rebootquel for the 1995 Robin Williams vehicle, Jumanji.

And yet, against all odds, here Jumanji: Welcome to the Jungle is. Even more surprising? It’s an awesome good time. There’s just so much to like here: The premise is a clever update that ensures we could have Jumanji reboots every couple of decades; the lead performances by Jack Black, Kevin Hart, Karen Gillan and Dwayne Johnson are among the best comedic performances each actor has offered up in years; and the humor of the film itself hit on a variety of entertaining notes, ranging from potty to slapstick to dark.

The story opens in 1996, when a man finds the Jumanji board game from the last movie. But his son, who is very obsessed with the cutting edge graphics of the Playstation, has no interest in the find, discarding it in favor of the more modern toys at his disposal. Alas, since the board game is a sentient jerk, it transforms itself into a weird Atari-esque game cartridge that sucks up this kid into its game world. After a cut to 20 years later, we meet young friends Spencer, Fridge, Bethany and Martha. Despite all being from different cliques, they all manage to get detention in school — and, of course, they find the discarded Jumanji cartridge during their punishment and eventually find themselves too stuck inside of the game.

And that is where this movie gets interesting.

Once inside the Jumanji world, the movie takes on Wizard of Oz-like qualities and adds in a side of meta video game commentary. The kids turn into the characters they chose at the start screening — the germophobic and scrawny Spencer becomes Dwayne Johnson, the imposing Fridge is shrunk to Kevin Hart’s size, the vain Bethany becomes “curvy genius” Jack Black and book-smart Martha becomes a scantly clad ass-kicker. Soon, they determine that, to get back to the real world, they have to go on a pretty standard “save the realm” quest in which they must embrace both their avatar’s strengths and their weaknesses.

What makes the movie work is seeing the protagonists act like scared high schoolers. The Rock makes good use of his buff presence to play against type. Ditto for Jack Black, whose performance is so over the top that he’s responsible for for the biggest laughs in the movie. It’s interesting to see these actors — and the movie itself — have fun with such self-awareness both in terms of reality and in the realm of video games.

Buoyed by the performances of its leads in the face of ,inor screenwriting and a few problematic gender issues, Jumanji: Welcome to the Jungle is mostly a fun and clever watch — in large part because it has such a solid sense of what it needs to be.

And, really, it’s such a good riff on the whole about video game tropes that you could even call it one of the few good video game movies ever released.