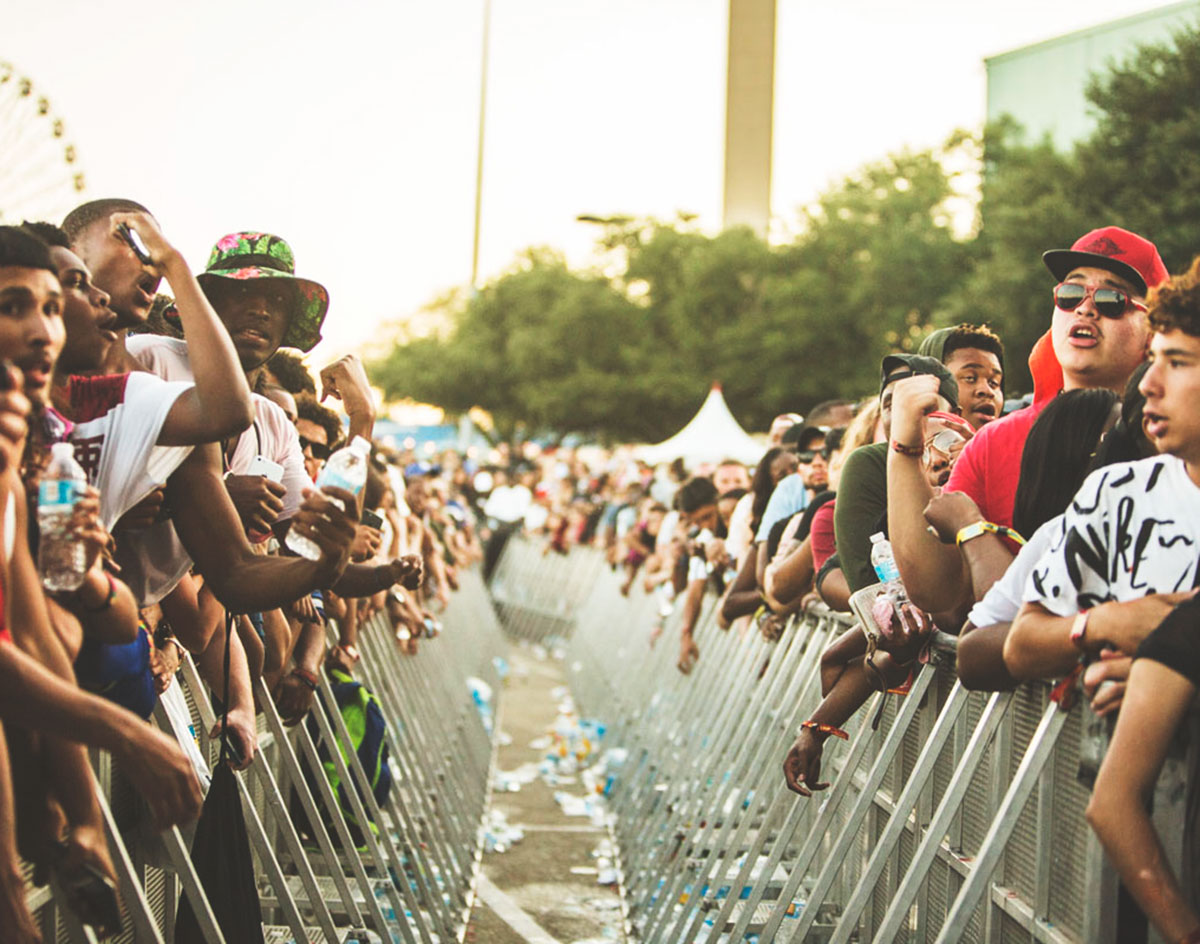 JMBLYA’s Early Bill Announcements Are Nuts, Seeing Slayer At Bomb Factory Could Be Expensive And Quaker City Night Hawks Are All Over TV. Plus More!

Just before the turn of the calendar year, we learned that JMBLYA’s 2018 edition was promising to be its biggest offering yet — and event featuring more acts, more cities (welcome to the cool club alongside Dallas and Austin, Houston!), more amenities and two stages. And, well, given the festival’s first two rounds of lineup announcements, which dropped on Friday and then Monday, it looks like it’s living up to that hype.

The names dropped in those first two reveals? Recent 97.9 FM The Beat Dub Show co-headliners Migos and Cardi B, Kevin Gates, Playboi Carti, Trippie Redd, Ski Mask The Slump God and Houston-based “special guests” Bun B, Trae Tha Truth and DJ Mr. Rogers. (Bun B, for what it’s worth, will also be performing at Henderson Avenue bar The Whippersnapper on Wednesday, February 7, in celebration of that spot’s two-year anniversary.)

Expect more JMBLYA acts — perhaps even some somehow-bigger names — to be dropped this Friday, In the meantime, $70 general admission tickets to that May 4 event in Fair Park are already on sale here.

If you’re planning on going to a highly anticipated event, you would do well to buy your tickets now. If not, you could be feeling the pain felt by some Slayer fans recently. After tickets for the metal band’s penultimate show on their last world tour — which find the band playing at The Bomb Factory in Deep Ellum — sold out in three minutes flat, scalpers have started reselling those tickets for $3,000 or more. Metal Injection has more on the matter, questioning why such a small venue for legendary metal act’s final tour was booked in the first place.

Maybe a little day drinking will do the stressed Slayer fanatics some good? Hey, it worked for Seth Meyers and Burleson’s own Kelly Clarkson in a recent segment on the late-night host’s show meant to promote Clarkson’s upcoming gig as a judge on The Voice. Check out the humorous segment below:

Pop stars aren’t the only North Texas acts getting airtime on TV of late, either. In each of the last two weeks, Fort Worth rockers Quaker City Night Hawks has heard its song “Good Evening” used in an hour-long drama on primetime — first on CMT‘s music-centric Nasvhille and more recently on The CW’s Archie Comics update Riverdale. Dallas rapper Dustin Cavazos even got in on the fun, too: The song “Torches,” which he co-produced and co-wrote for X Ambassadors, was featured on FOX’s medical drama The Resident.

If you’ve already cut the cord and aren’t interested in the goings-on of the TV world, maybe movies are more your thing? Well, when you go see Black Panther this month, keep an ear out for Fort Worth producer Cardo’s latest work with Kendrick Lamar on “Big Shot (featuring Travis Scott).” As we noted two weeks back, few musicians local or otherwise are having a better 2018 than Cardo — and the good news continues to roll in for the superstar producer, as Migos’ Culture II, which he also had a hand in, debuted on the Billboard 200 charts at No. 1 this week.

If neither TV nor movies are your thing, but you have kids, you love music and you want to get out of the house, maybe the move for you is to hit up the Kids Dig event on February 24 at Josey Records? This will be Too Fresh Productions‘ second edition of the event, where kids of all ages can enjoy a day of music education, crate-digging specials and instructions on how to play vinyl.

It’s important to enjoy the life you’ve got while you’ve still got it, right?

Indeed: Last week, the Fort Worth Star-Telegram reported last week that Fort Worth rapper Monte Wayne was shot and killed. Police are still investigating the death, but they say they have identified a person of interest in a case. The rapper, born Demonta Tanksley, was 36 years old.

The 17-year-old Arlington rapper Tay-K, meanwhile, is currently awaiting trial on several felony charges, including murder. But that hasn’t stopped his team from releasing new songs. This week, they dropped a new single called “After You” much to the delight of Tay-K’s many online fans. As with his earlier hit “The Race,” this song features the rapper’s signature over-the-top violent imagery and his rapid, breathless delivery.

Speaking of rappers adored on the internet, Bhad Babie released the video for her “Hi Bich” remix last week. if features a slew of rappers, including Dallas’ fast-rising Asian Doll. Just like she garnered plenty of attention for her bars on the track, Doll garners plenty of attention in the video with her striking makeup and outfit.

Also? After dropping Irene last week — his first original music in almost two years — Medasin is back this week with a remix of Post Malone’s “I Fall Apart.”

Also new is the below video from young upstart Dallas rock outfit Rosegarden Funeral Party for their dramatic “Blitzkrieg in Holland” track.

Speaking of drama, Dallas rapper Matt Swagnew dedicated his latest video, “Free 6,” to his friend and artist 6, who was in jail at the time of the song’s creation.

This new track called “J2” from House of Reveries, on the other hand, is more focused on dreams — and daydreams, specifically.

And finally this week, we’re excited to share with you the premiere of the following music video, produced by Andrew Sherman, for the beloved Dallas bar rockers Dead Flowers and their song “Happie,” which comes from the band’s recently released Let Me Be LP. Enjoy!

Cover photo of JMBLYA 2017 by Breanna Loose. Got a tip for White Noise? Email us.