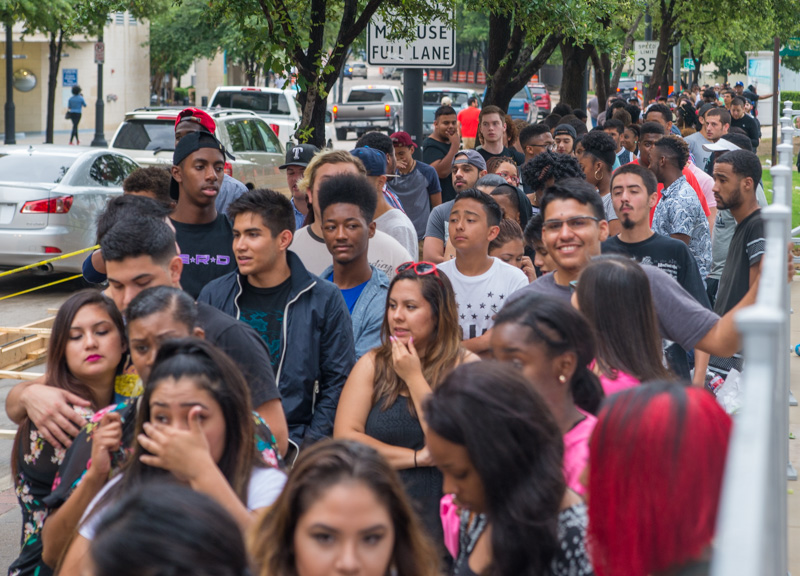 An Excitable, Frustrating Scene As Fans Lined Up For Last Night’s $1 J. Cole Show in Dallas.

Squad cars and fire trucks lined the streets, camera crews swarmed the area, news choppers circled above and the entire block was shut down to traffic. People, meanwhile, were everywhere, shouting their excitement and frustration at once.

Such was the scene outside of the House of Blues yesterday afternoon, the result of J. Cole’s announcement from last week that he would be playing a surprise show in Dallas on Sunday night that would cost all of $1 to attend. It would be the first of four stops on this, Cole’s now-third-annual “Dollar and a Dream” tour, a run that will also this week take the rapper to New York, Atlanta and Los Angeles.

Much as Cole’s camp tried to keep the venue a secret until a 4 p.m. Twitter announcement, word on the show’s whereabouts somehow leaked earlier. By noon, fans had started to line up outside of the Victory Park venue, hoping the speculation they’d heard about the location proved right. By 3 p.m., a line about 500 people strong wrapped around the fence of House of Blue and into the nearby parking lot of the Perot Museum. The House of Blues maybe didn’t quite expect so large of an early arrival — or, for that matter, the even bigger numbers that would come in the coming hours. In all, well more than 2,000 people showed up, hoping to claim their $1 into the show.

One problem: The House of Blues only holds about 1,600 people.

And with no barriers, no official line and only a handful of security guards present once J. Cole officially announced the show’s location, things would get a little testy outside of the space. At the strike of 4 p.m., the excited crowd forewent all order and began to rush the security gates, forming an amorphous mob of people vying to get their shot at a wristband from the one brave House of Blues employee tasked with handing them out at that time.

Out on the streets surrounding the House of Blues, there was more disorder: As the eager, still-growing crowds bled into the street and blocked the valet driveway and neighboring high-rise parking lots, cars blared their horns and swerved to avoid hitting pedestrians. That noise only added to the confusion, which then gave way to boos, a handful of shouting matches, at least a couple instances of crowd-surfing, some damage done to the House of Blues’ property-line fence and some half-dozen instances of either claustrophobic-, dehydration- or stress-related breakdowns. The hysterics weren’t quite out of control, but things definitely toed that line. It was deluge of anxious emotion.

By 5:30, Dallas police were called in to keep the peace. The five cars initially called to the scene would before long be joined by enough cop cars, fire trucks and ambulances to shut down the entire block to traffic and to break up the crowds.

Crowds — and camera crews — lingered some two hours after the show was announced to be a sell-out, then eventually dissipated at right around the show itself’s 8 p.m. start.

Was Dallas prepared for the J. Cole fervor that boiled over onto the streets of Victory Park on Sunday afternoon? Probably not. But, despite reports to the contrary, things never got violent.

And though hundreds — if not thousands — were turned away, the night proved worth all that effort for those who got in. If nothing else, it’s a day Dallas rap fans will be sure to remember for some time. 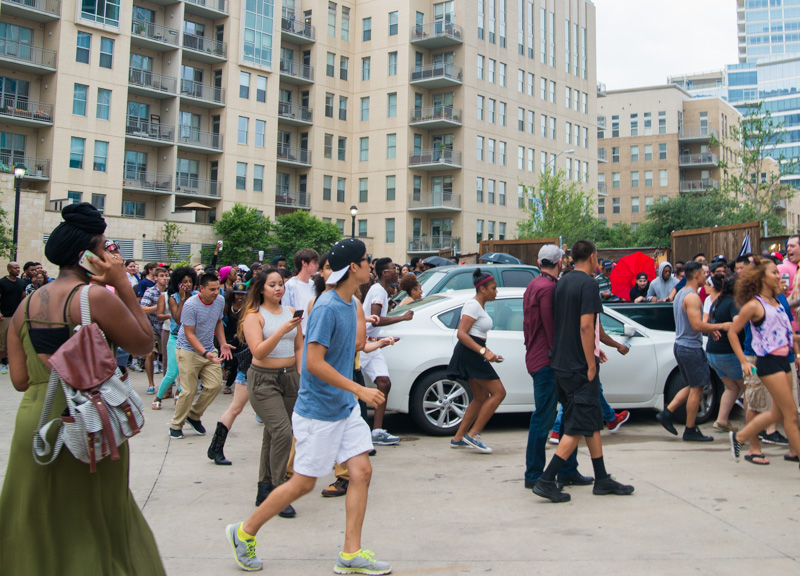 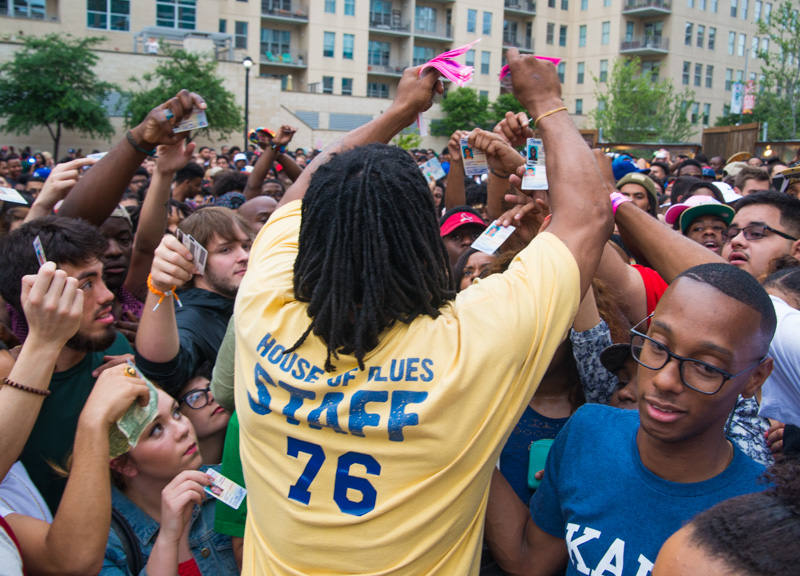 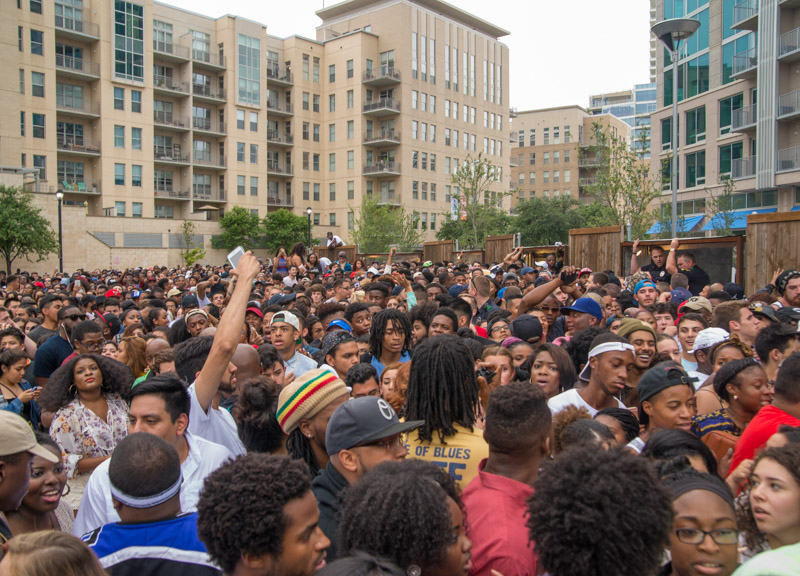 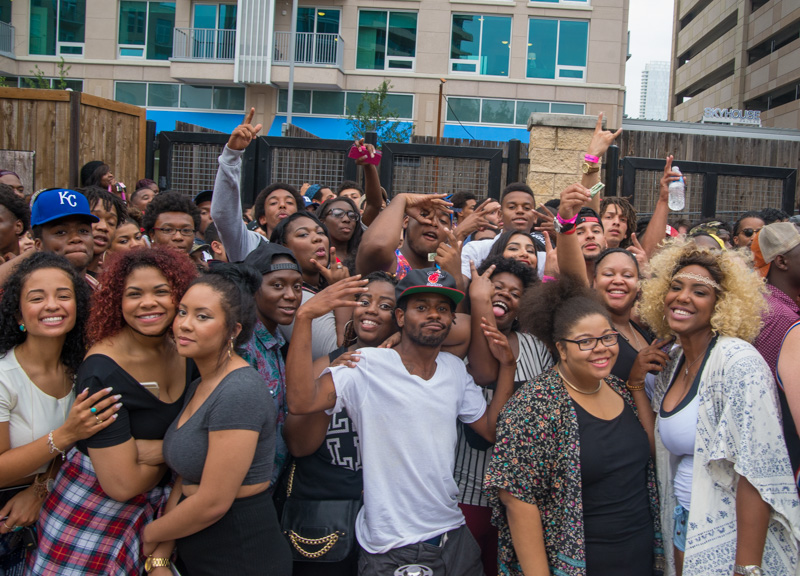 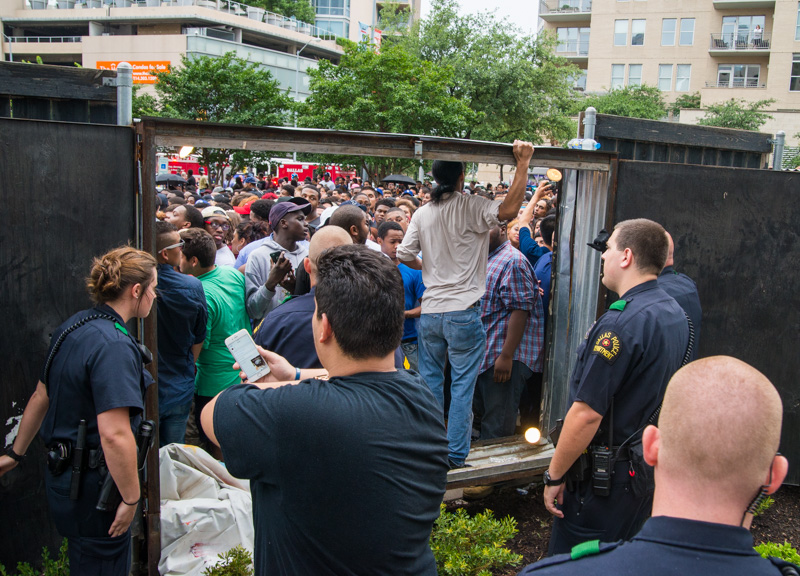 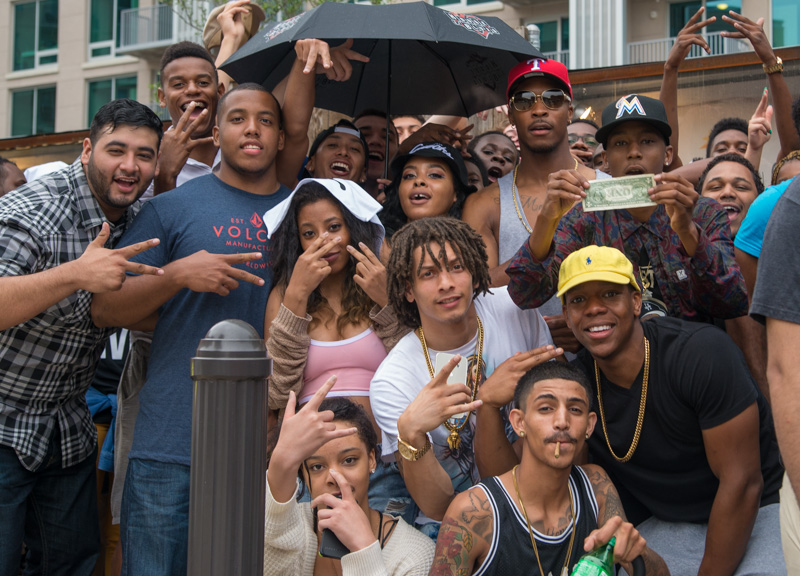 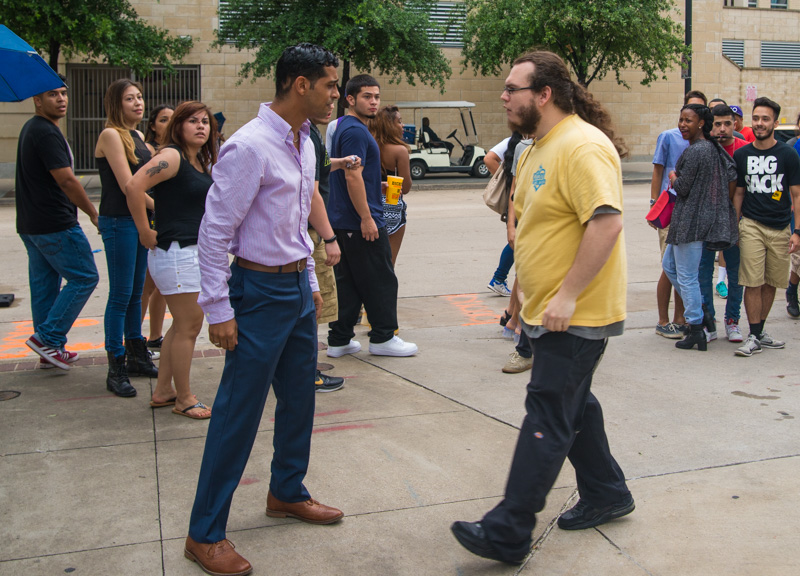 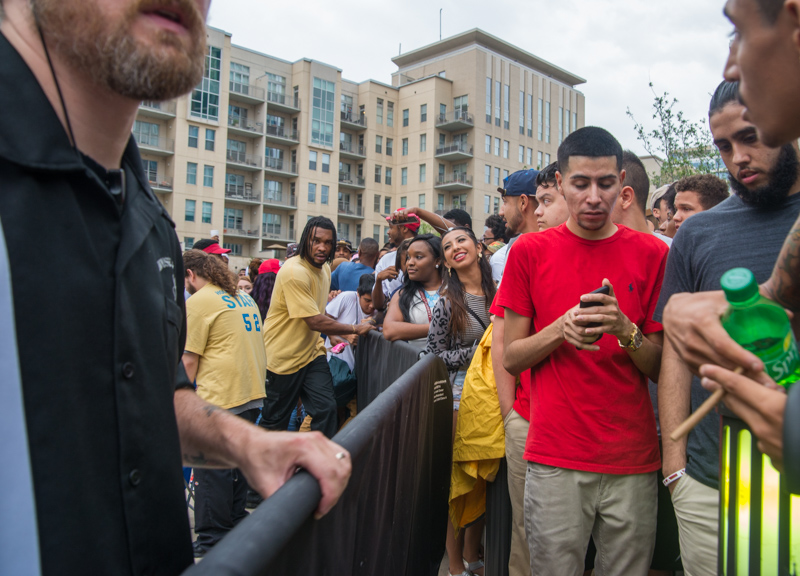 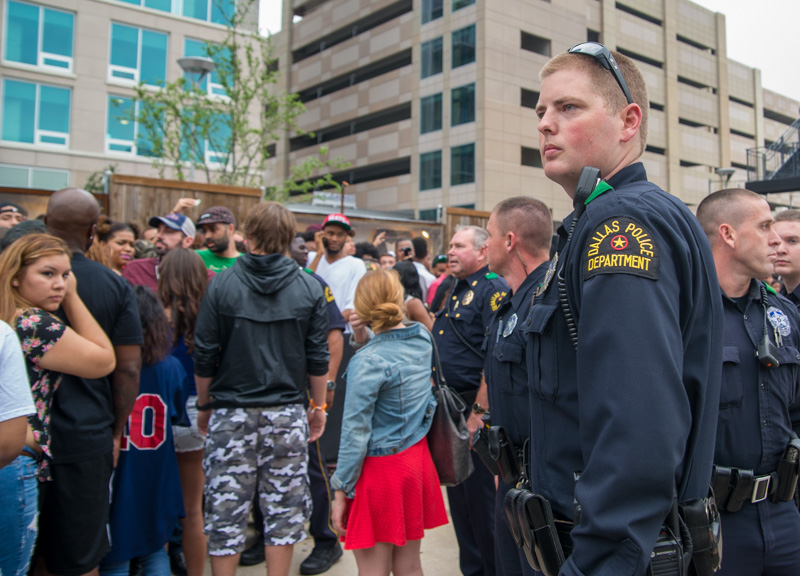 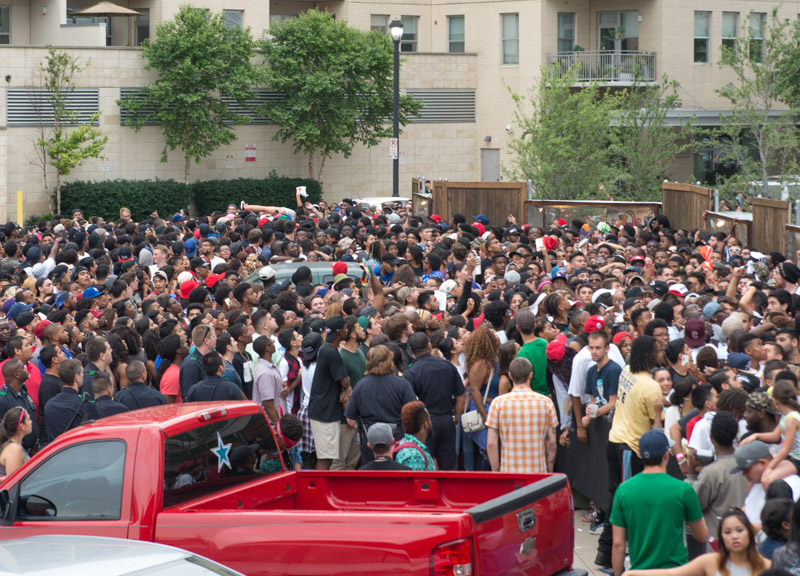 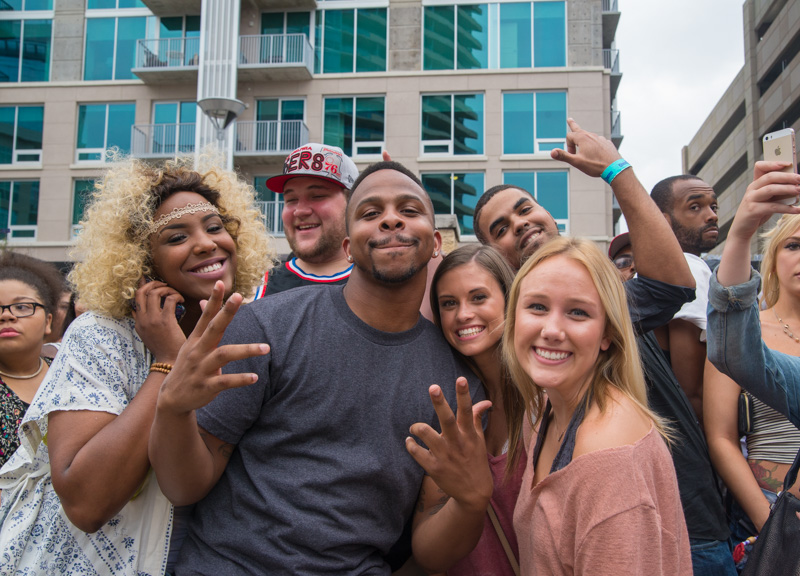 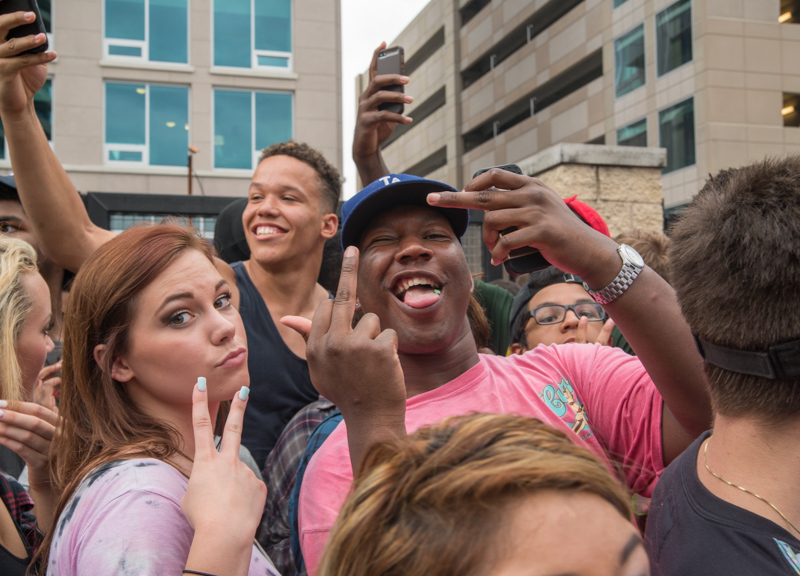 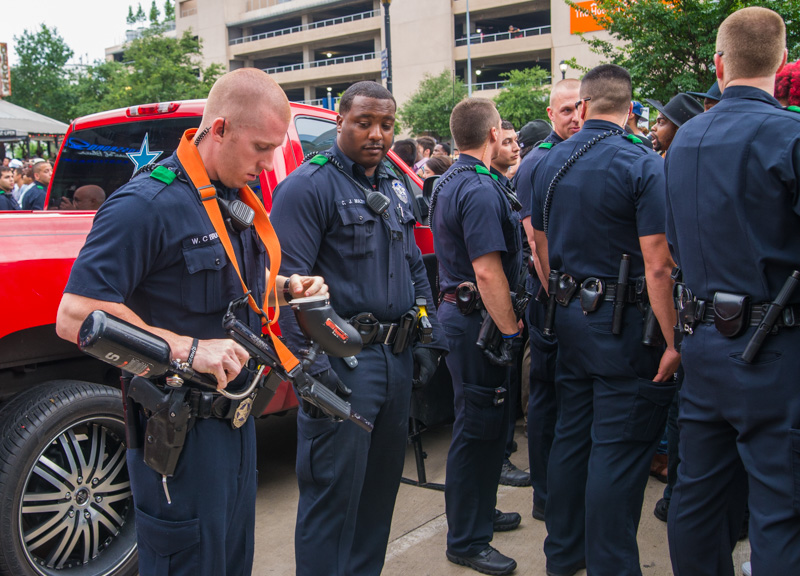 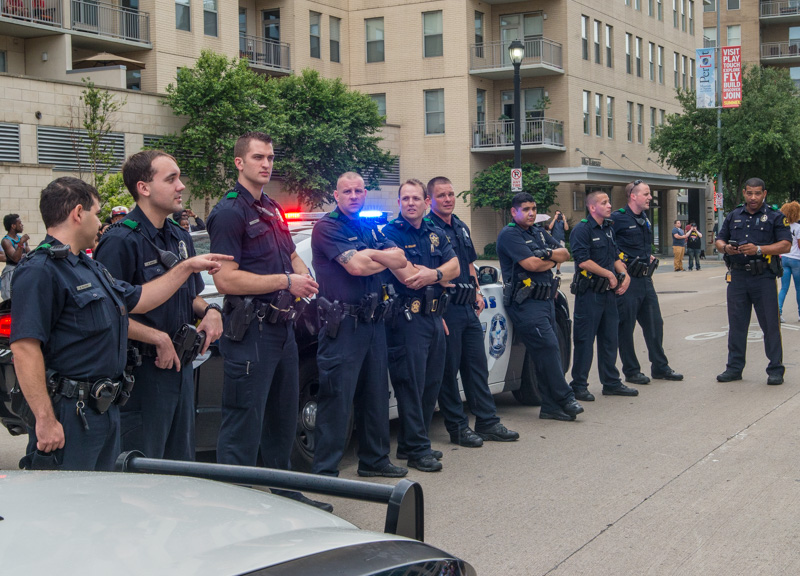 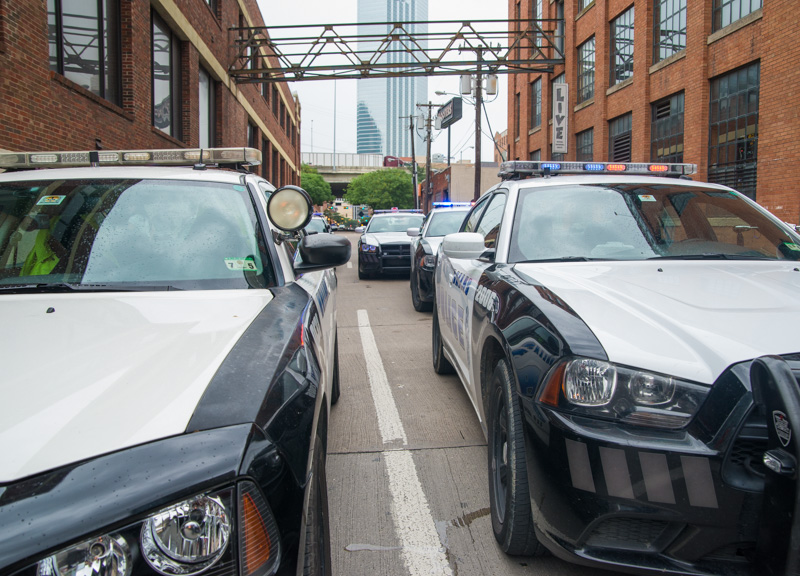 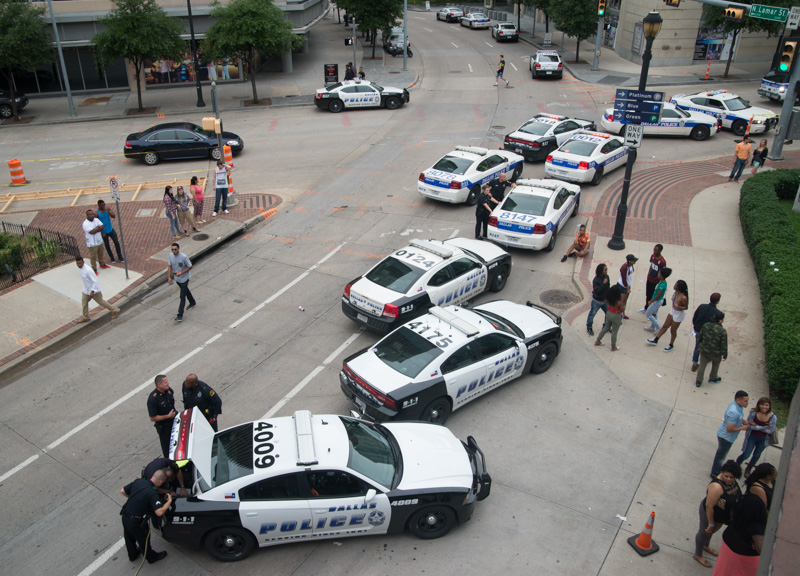 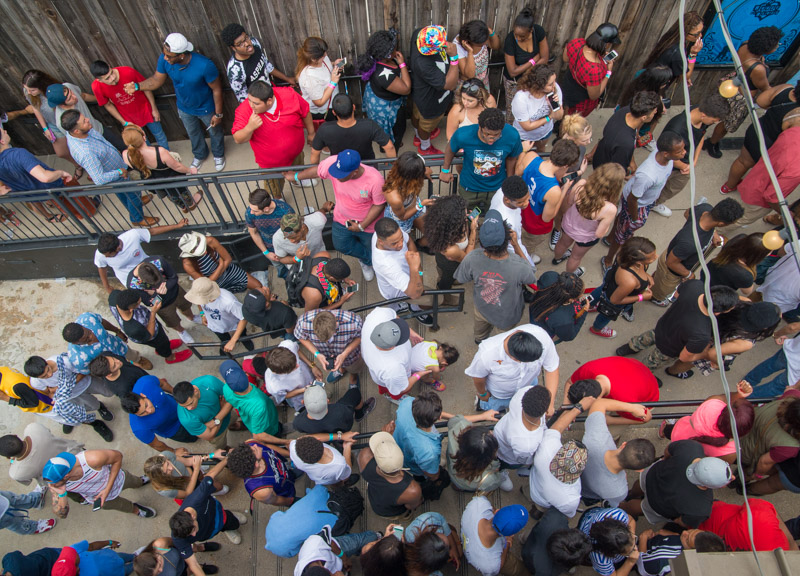 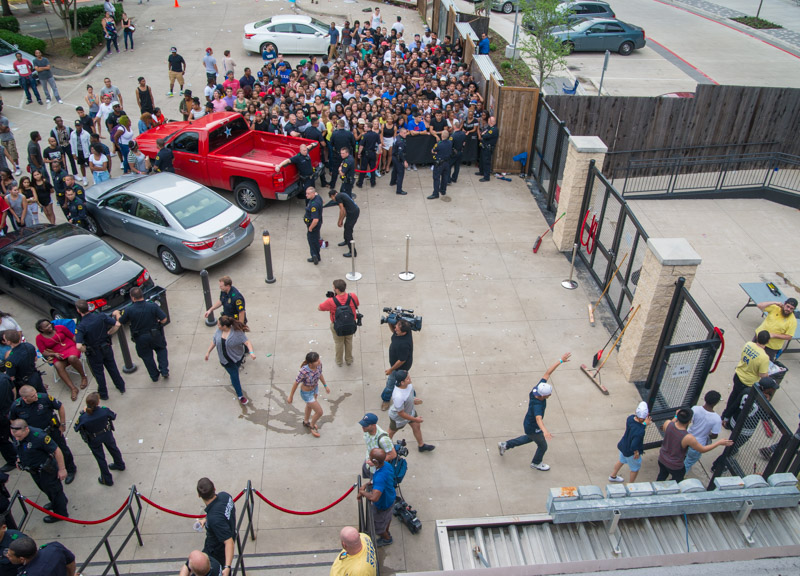