It’s Not Easy Being A Dallas Cowboy. 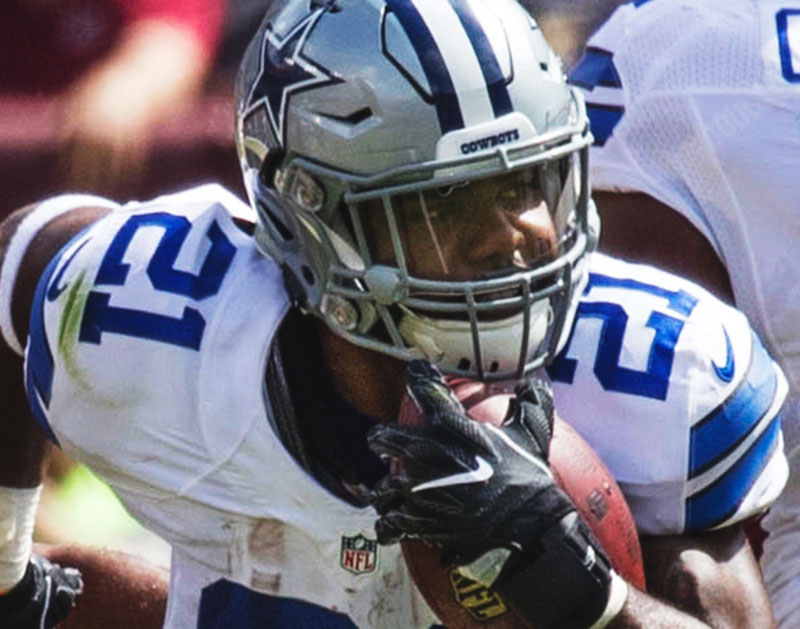 Are The Dallas Cowboys Incapable Of Avoiding Headlines For Their Off-The-Field Antics? Or Should The Rest Of Us Do Better At Letting These Guys Live?

As another Sunday without NFL games passes and we await getting that preseason fix when the Dallas Cowboys face off against the Arizona Cardinals in the Hall of Fame game up in Canton on August 3, we’re stuck consuming regurgitated rumors and reading stories about what’s going on with the players from quite possibly the most hated football franchise in all of sports.

And, yeah, our Dallas Cowboys have a shitload of stories crazy surrounding their players right now.

All of that is obviously a lot to take in — but none of those are even close to the biggest story going on right now.

Last but not least, we have to consider young running back Ezekiel Elliott being in the headlines for offenses ranging from seemingly unsolicited titty flashes and accusations of domestic violence to making headlines for his possible involvement in a fight in Uptown and, most frivolous of all, getting pulled over for speeding.

Put it all together, and it’s all fairly reminiscent of our beloved 1990s Dallas Cowboys squads. The only difference? Those Cowboys were earning Super Bowl rings along with their off-field troubles.

In pro sports, and especially in football, a little good often outweighs a lot of bad. And when a team is as successful on the field as those ’90s Cowboys teams were, off-the-field troubles just get overlooked and swept under the rug.

Has Jerry Jones brought the heyday of that era back to the Cowboys? Not really. As much as fans and detractors alike love to talk about how Jerry Jones is running a circus and that his team’s locker room is in a frenzy with no leadership, the fact is that active members of the Dallas Cowboys’ roster have only been arrested 13 times since the year 2000. That ties them with the New York Giants for the sixth-least in the league when it comes to arrests in the last 17 years.

Perception doesn’t always add up to reality, folks. I mean that in a lot of ways, too.

Life can definitely come at you fast!

Keep in mind, Zeke only just turned 22 years old a few days ago. Will he mature with age? Most of us do. But there’s a lot going on here that maybe isn’t his fault.

True, he often finds himself on the negative side of news. But are things really as bad as they’re being portrayed? Jerry Jones personally understands how tough things are these days for celebrities in this age when everyone has a cell phone, where everything is recorded and documented and posted to the world in literally a matter of seconds. That’s why he defended Zeke in public last week.

And y’know what? I’m right there with him. Far as I’m concerned, a lot of what’s going on with Zeke is a bunch of people not minding their own damn business.

Sure, many encounters with him have been noted as unpleasant and downright rude. But others have been calm and cool! He’s trying to find a balance, but with the season he had last year and his fast catapult to becoming one of the league’s top stars, it’s no doubt that he is subjected to invasive nature from all kinds of people. And there’s only so much one can put up with.

I’m not on his level, but I know what it’s like when the media is all up in your business. If there’s one thing I’ve learned, it’s that focus is key. And not getting bogged down in what other people have to say about what you’ve got going on is the most important thing of all. You’ve just got to buck up and focus on you.

I just wish the NFL would let him do so. Zeke caught a break when the Dallas Police Department suspended its investigation into his recent alleged Uptown faux pas. That the NFL still hasn’t come out and said where it’s going with its look into the domestic abuse allegations against him is crazy to me. It’s not fair for the league to hold one of its young stars in suspense like that. They’ve got to make a call either way, and stop actively participating in letting this stuff to loom over him.

They need to do what everyone else needs to do. They gotta let him live. The fans, too. Everyone‘s got to.

Because the season’s right around the corner at this point. And I for one would like to see the Cowboys focus on winning this season before I see any more Bad Boys comparisons.