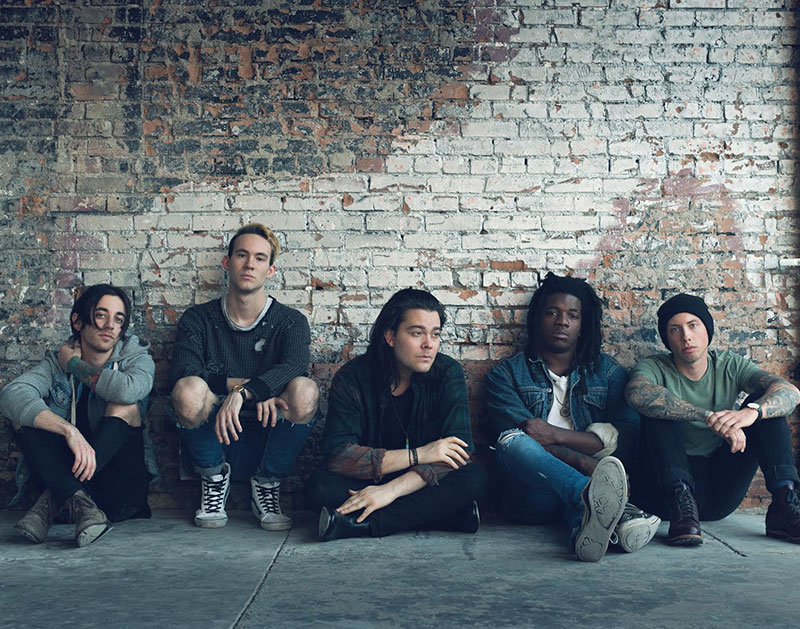 Yesterday, as you’ve all no doubt heard by now, the Dallas Cowboys‘ star running back Ezekiel Elliott found himself involved in yet another off-the-field incident. But, hey, this one’s at least a little different in the sense that it may also involved a local DJ.

On Sunday night, the Dallas Police Department responded to a call they determined to be an aggravated assault on the the 2500 block of Cedar Springs Road. Per a Dallas Observer report, the victim was Daryl Ibeneme, also known as DJ DTrain. Video of what is alleged to be Ibeneme lying on the floor holding his nose surfaced online via TMZ. But, as of now, Elliott has not been arrested — not as related to this incident, anyway — and his name is not included in the police report.

Still, DPD is actively seeking DJ DTrain on Twitter to try to hear his side of what went down on Sunday.

But, hey, here’s a report there’s no need to question: On Friday, venerable alternative label Rise Records announced that it had signed Dallas post-hardcore act Blindwish to its roster. The band now joins Memphis May Fire and Crown The Empire as Dallas representatives on Rise’s roster. Along with the signing announcement, the band also released a new single called “After Midnight” that will come as part of the Good Excuses that Rise will release on September 1. Check out the video for the new song below.

Speaking of cool new things: Dallas rapper Bobby Sessions has been using his social media recently to tease the fact that he’s been in the process of booking, by his estimation, the greatest show of the summer. And, now that he’s unveiled some details about it, it’s hard to argue with the man. Yesterday, the grateful. rapper announced the lineup to his so-called “The DDD Experience” that’s set to take place at Club Dada on Saturday, August 5, unveiling that it will feature such local greats as Sam Lao, T.Y.E, Rikki Blu, Xes, a Blue, The Misfit DJ set and, of course, Sessions himself as the night’s headliner. Sessions has developed a knack over the last couple of years for delivering great live shows as he’s teamed up with the likes of RC & The Gritz, Picnictyme and -topic, and he went semi-viral at one of his last shows when he masterfully handled a drunk heckler on stage. Here’s hoping he won’t have to employ such tactics at this show, though.

Meanwhile, even after a busy performance schedule of his own of late, Post Malone‘s not showing any signs of slowing down anytime soon. The Grapevine spring singer-songwriter announced this week that he’ll next be heading out on tour with Future. Whenever Post Malone is on the road, he generates headlines — whether it’s play-fighting with the biggest pop star in the world, ordering thousands of dollars worth of Popeye’s for his fans, crooning with mariachi bands or getting serenaded by his fans who catch him on the street — so expect some more news out of his camp in the coming weeks, we suppose.

Another Dallas-sprung talent who knows a thing or two about making her fans feel special is Demi Lovato. This past weekend, the pop starlet threw a house party this weekend for a lucky fan named Alexis Weekly in Southlake as part of a promotional tour for her new “Sorry Not Sorry” single. Per Guidelive’s report from the scene, cars were lined up outside for five blocks outside of Weekly’s home, special guests included the Dallas Cowboys Cheerleaders.

Meanwhile, Kendrick Lamar also gave one of his Dallas fans the gift of a lifetime this week when he came to town as part of his tour in support of DAMN. on Friday. Backstage at his show, Lamar hooked a fan named Jennifer Phillips up with all kinds of merch, and, in a far more touching move, completed a GoFundMe fundraiser meant to help the quadriplegic purchase a wheelchair accessible van.

Sweet in a different kind of way is a new offering from Golden’s Own Kacey Musgraves, which finds her and her fiance Ruston Kelly covering a 1970 poem written by Johnny Cash to June Carter Cash titled “To June, This Morning.” Per her Instagram post about it, the duet will be featured on an upcoming album called Johnny Cash Forever Words: The Music, which is a collection of Cash’s poems set to music.

Last night @rustonkelly + I sang “To June, This Morning” – an actual poem Johnny Cash wrote in 1970 that we put to music. (It’ll be on the upcoming ‘Forever Words’ project that will feature many different amazing artists) ❤️

Grand Prairie’s Own Selena Gomez also released a new single recently — this one with Gucci Mane. While it may not seem obvious that the two would share a chemistry, their “Fetish” single feels as natural as any pairing the two have done with other collaborators in the past. Guwop has an upcoming date at Gas Monkey Live on July 28, but whether he’ll be throwing the new track into his deep catalog remains to be seen. Either way, give it a listen:

Lastly this week, here’s some cool news worth keeping in mind: One of Dallas’ all-time great almost-weres, The Buck Pets, have been inspired by their recent spate of reunion gigs to head back to the recording studio. No words on when the music will see the light of day, but we’re looking forward to hearing it once it’s ready, so long as it lives up to “Pearls”, at least.

Cover photo via Blindwish. Got a tip for White Noise? Email us!