The Spider-Man Movie We Didn’t Know We Needed. 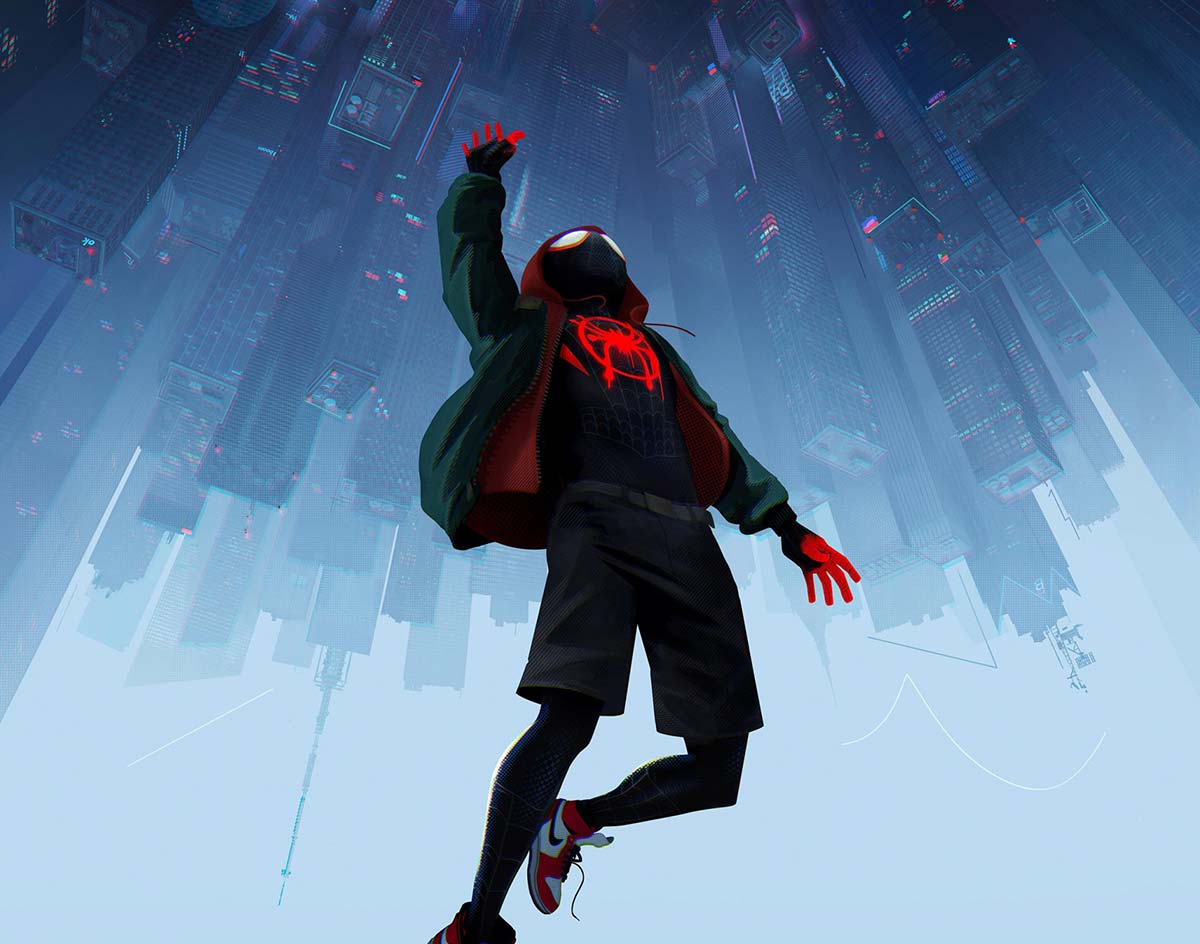 Another Spider-Man Origin Story? Yeah, But With Its Many Quirks, Rad Visuals And Great Characters, Spider-Man: Into The Spider-Verse Is Well Worth It.

Thanks to its unique animation style and a sharply funny script from Phil Lord (21 Jump Street, The Lego Movie), Spider-Man: Into The Spider-Verse stands rather easily as one of the best superhero movies released in recent memory.

Sure, it’s easy as hell to groan at notion of Hollywood throwing us all yet another Spider-Man origin story, but this take is genuinely different enough to assuage such concerns.

In addition to having the benefit of not being a straight adaptation, Spider-Man: Into The Spider-Verse is also the first time fan-favorite Miles Morales is starring as Spider-Man on the big screen. Morales, a half-black, half-Puerto Rican teen, originally debuted in the Marvel Ultimates alternate reality in 2011, and his arrival was a huge deal in terms of representation. So it’s nice to see that his presence has carried over to the big screen, especially considering how superheroes of color remain so sorely underrepresented in popular culture.

But beyond it just being undeniably awesome to see a brown-skinned, Spanish-speaking Spider-Man slinging around the skyscrapers, it should be said that Miles is just a compelling character overall . He’s a rebellious kid trying to find his way in the world while attending a fancy private school in Brooklyn and feeling torn about the school his parents chose for him and the ways in which his neighborhood is changing.

Of course, the caveat of this film is that Miles isn’t the only Spider-Man around. There are lots of them, actually.

The plot here centers around the fact that a multidimensional portal has opened up and made travel between various alternate universes possible. It’s a calamitous act that forces to Miles to reconcile his place in the grand scheme of things and introduces him to his peers in other universes, among them O.G. Spidey himself Peter Parker, as well as such entities as Spider-Gwen, Spider-Ham, Penny Parker and Spider-Man Noir.

It’s a neat concept, no doubt, but this botched nefarious experiment from noted Spider-Man nemesis Kingpin also threatens the fabric of all reality — including Miles’ own native Brooklyn, which looks like a Cubist painting as a result of the portal’s powers.

Such animation is both a strength and weakness. On the one hand, the entire movie looks like a comic book page come to life. There’s panels, gutters, thought balloons, onomatopoeia, speed lines and even color dots, all of which give the movie a propulsive energy and a true “moving comic” feel — like what what Ang Lee was going for in his Hulk movie, but done right. On the other hand, it’s not the standard 24 frames per second but more akin to stop-motion animation with foreground characters in super focus while backgrounds are rendered so blurry that some audiences may experience a bit of eye fatigue by the end of the movie. But that’s a minor complaint considering how fun — and legitimately funny — this movie truly is.

It helps, too, that the very talented cast — a stellar roster that includes Mahershala Ali, Brian Tyree Henry, Liev Schreiber and Kathryn Hahn, just to name a few — is sensational, capably bringing its characters to life and, better yet, making them memorable (rather than one-note) characters.

Also, the new Spider-Heroes are a real delight. Jake Johnson’s version of Peter — rather indifferent and jaded, not to mention divorced and out of shape, some 20 years into his career — works way better than it should, clashing well with Miles’ youthful enthusiasm. Hailee Steinfeld’s Gwen Staci/Spider-Gwen also lives up to her considerable hype, given that she too is a relatively new “what if” version of the Spidey character that recently blew up in popularity. As one might expect given Gwen’s own bona fides, she ends up being the most competent of the bunch here, too. John Mulaney’s Peter Porker/Spider-Ham, meanwhile, needs his own movie as the funniest and tragically underused swine super hero. Kimiko Glenn’s Penny Parker and her S.P.D.R. robot also bring the silly anime energy to the movie, whereas Nicolas Cage’s brilliant Spider-Man Noir takes the brooding superhero thing to its full comedic extent. They’re all a huge treat on the big screen.

Given all that clay to shape, it’s rather remarkable then that this movie succeeds at actually having a thematic through line. Miles’ personal journey of discovering the breadth of all that exists around him and also learning to embrace the things that make him special within all that is the real beating heart of these proceedings. It just takes seeing all the other Spider-Folk — be they a washed-up veteran, a pig, a robot, a badass lady or a throwback private eye — for him to truly validate his own being.

Did we need another Spider-Man origin story? Absolutely not. But by taking what is now the most overdone story in pop cinema and twisting it around, the filmmakers have crafted not only a unique superhero movie but one of the most ambitious animated movies since Kubo and the Two Strings.

They’ve produced here a movie filled with a powerful message of embracing what’s unique about oneself instead of just blindly following the beaten path. Better yet? Into The Spider Verse does accomplishes that task in ways we’ve not yet seen before —  and not just because it’s animated or because it has a minority character as its lead.

It’s just that well-done of a film is all.