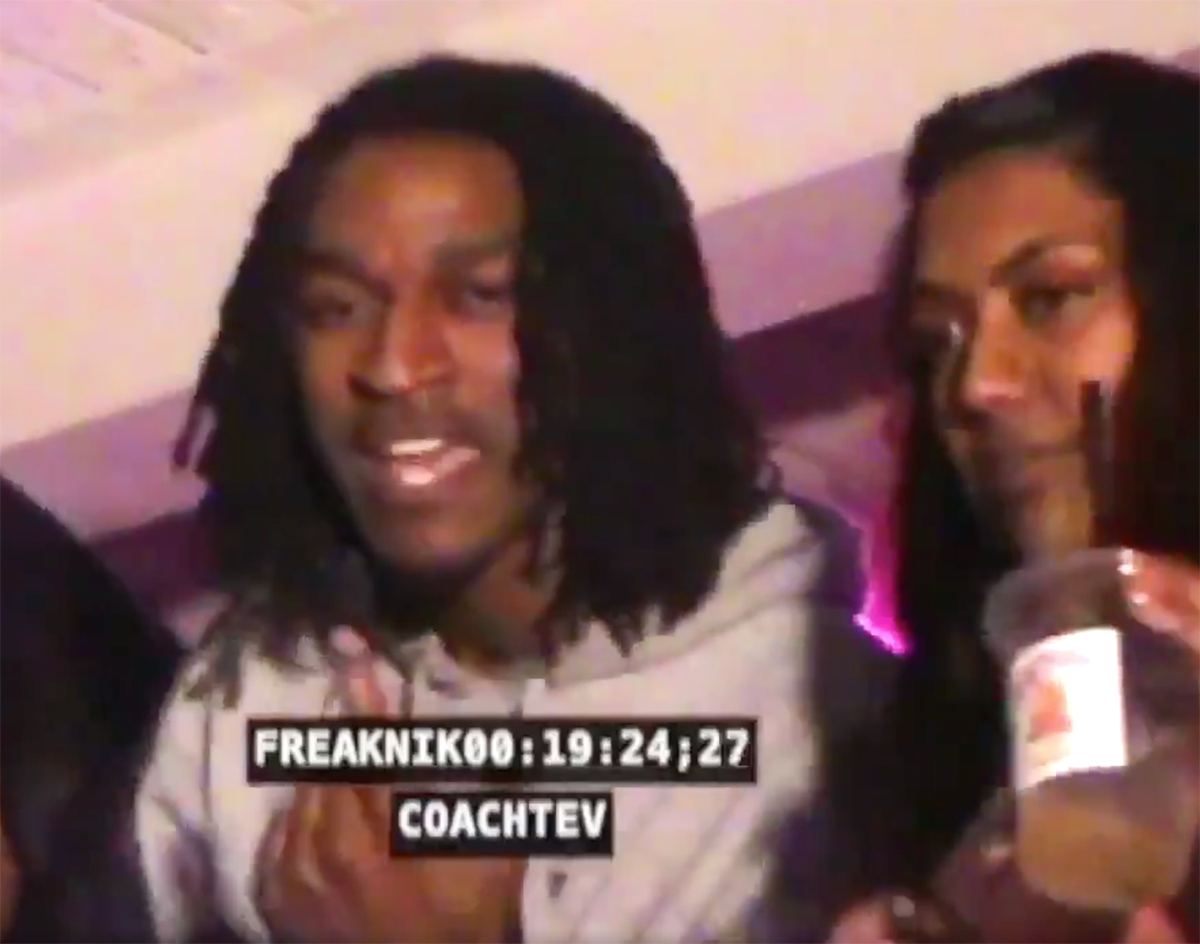 Coach Tev – “Freaknik”
RIYL: Dreamy, dirty Dallas rap.
What Else You Should Know: If you’re not familiar with the storied history of the “Freaknik,” it was an annual spring break bash in Atlanta that served as a staple of social life for students at Historically Black Colleges & Universities in the ‘80s and ‘90s. Back in the event’s heyday, when it would attract hundreds of thousands of partiers, it was known as a “roving and unwieldy street party.” This notorious reputation eventually led to the event’s demise around the turn of the millennium, but the Freaknik was revived in 2019 and rechristened this year as the three-day festival, “Freakworld”.

Now, none of that history has much to do with the new single “Freaknik” by Dallas emcee Coach Tev — but it’s an infectious posse cut as joyously hedonistic as the original Freaknik parties were.

Coach Tev, who earned two nominations at this year’s Central Track Music Honor awards, assembles a stacked row of local MCs to spit game, including Sighrocspliff, DevyStonez and Cush With A C.

Underground rap icon MF DOOM once wisely advised “don’t call her wifey if you met her at the Freaknik,” a lesson that Coach Tev abides by in this song as his chorus starts: “two times a week/I might meet with a freak bitch/Back in ‘09, we turned Irving to Freaknik.”

Granted, the original Atlanta Freaknik didn’t exist in 2009, but the whole point of the song is that its shameless spirit continues to reverberate throughout the culture.

All four rappers on the track deliver charismatic performances, but Cush With A C provides the most standout verse, switching flows with ease while bragging that he’s “been ballin’ out in Dallas like Nowitzki.”

The visceral and bawdy bars contrast nicely with the charmingly low-res video by director CrateCody and the dreamy beat from producer Kilo, which sounds more like the original Playstation startup jingle than typical trap production.

“Freaknik” pays homage to the iconic party of yesteryear while providing a soundtrack for the modern spring break parties you won’t remember but wish you did.