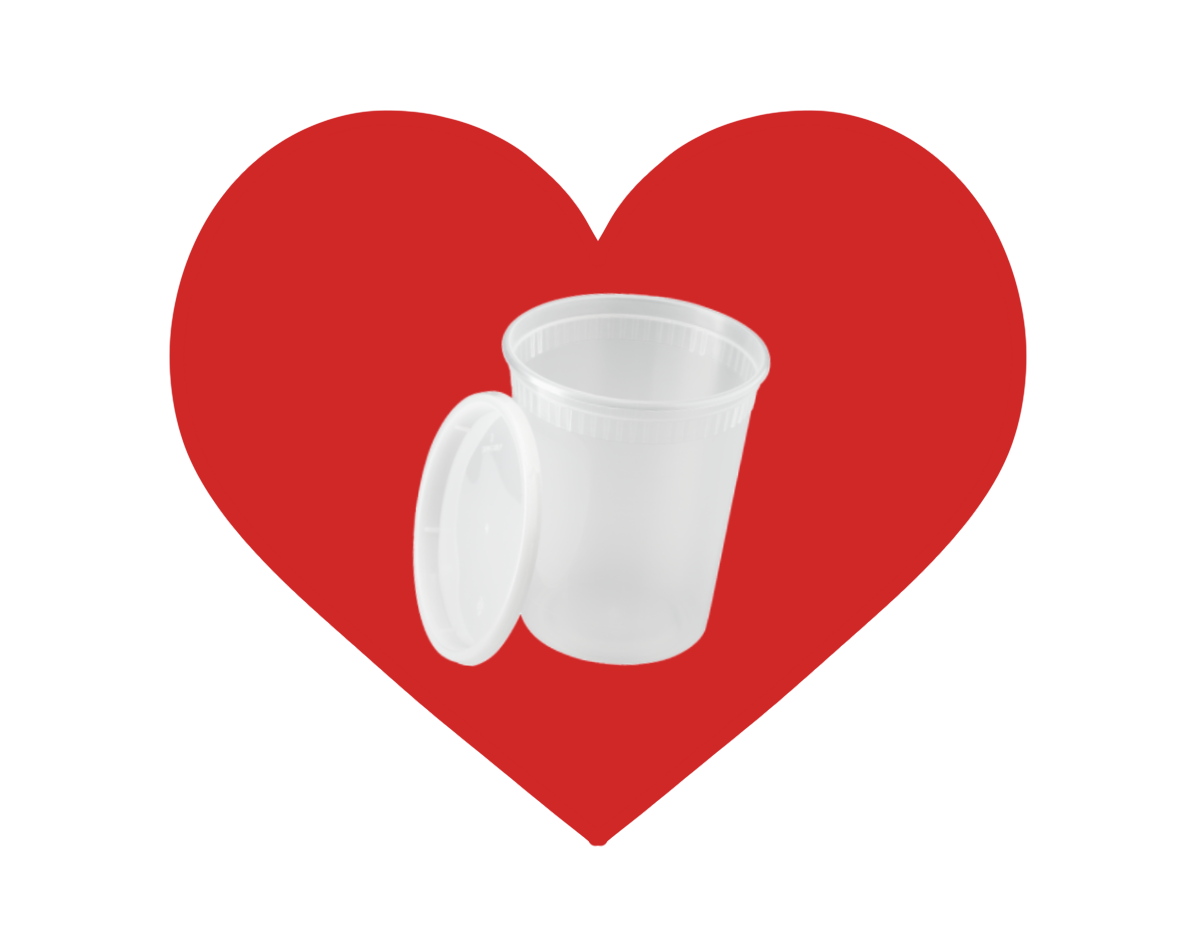 We Asked Various Members Of The DFW Service Industry What Makes The Plastic Deli Cup Such A Significant Kitchen Companion.

If quarantine has you ordering copious amounts of take out, by now you should be familiar with the deli cup — the big plastic cup that holds all of that wonton soup goodness.

For the average take out eater, that soup container could become a compost problem led by a question of “how am I supposed to get rid of this now?” For the savvier folk, it means just scoring free reusable containers. However, for the longtime service industry workers of North Texas, it’s so much more than either of those.

By design, it’s not exciting. In fact, it’s incredibly boring to look at. It’s a 32-ounce cylindrical plastic container with a matching round lid. Nothing exactly innovative, but an underrated, life-easing tool nonetheless.

Step into the dry storage of any restaurant and there’s likely a stack of them unlabeled in a corner somewhere. There’s probably an army of them strewn around the server station perspiring with condensation from whatever liquid is required to survive a grueling 12-hour shift. Yes, it’s the device that once held all the green tomatillo salsa that is now all over the walk-in door.

We asked several DFW service industry members what exactly the deli cup means for them in the workplace and, inevitably, their personal life.

“Use your imagination and suddenly this quart-sized plastic container becomes an industry worker’s Swiss Army Knife,” says Alana Summers,  a server and bartender at Las Almas Rotas. “Many of us have a whole sleeve of these around our house functioning as drinkware, makeup storage and some maybe house a succulent or two.”

“They are the only vessel that fits enough water for two people after a long night out if you know what I mean,” Scaturro says.

Konrad Hartman, a spirit sales representative at Victory Wine Group, sees it as a necessary culinary utility for properly executing a dish without having to sacrifice quality for take-out.

“I love deli cups,” he says. “If you’re making syrups in large quantities, sometimes it makes sense to use a Lexan and divide it up into deli cups as needed. But in a perfect world, deli cups would be all you need.”

In pastry chef Diana Zamora’s case, the deli cup is not only practical but a source of inspiration, too. A multi-functional godsend, if you will.

“It’s a reusable storage container and a unit of measurement,” she says. “There is nothing more satisfying than taking a big swig of ice water from it while you’re on the line or in front of the fire sweating out the previous evening’s poor decisions. Fuck, a deli cup might be my next tattoo.”

Wits End head chef Deke Fiveash keeps stacks of them in arm’s reach for his mise en place. Parliament bartender Trey Roland concurs with that sentiment, quipping “No glass on the line, son!”

While it’s clear the consensus is that the deli cup is paramount to the lifeline of the back house, others applaud their creative capabilities but question their physical mechanics.

“Deli cups are a great storage alternative for when Cambros are too spendy,” says Brad Bowen, a bartender at Alice. “However, they are not structurally sound. It’s all fun and games until you tip one over and the lid pops off. But hey, they make a great make-shift speaker.”

But, if you ask former chef and online personality Alvaro Gonzalez aka Offparole, the deli cup is none of the above.

“Oh, you mean a quart container? Yeah, they might be witchcraft.”