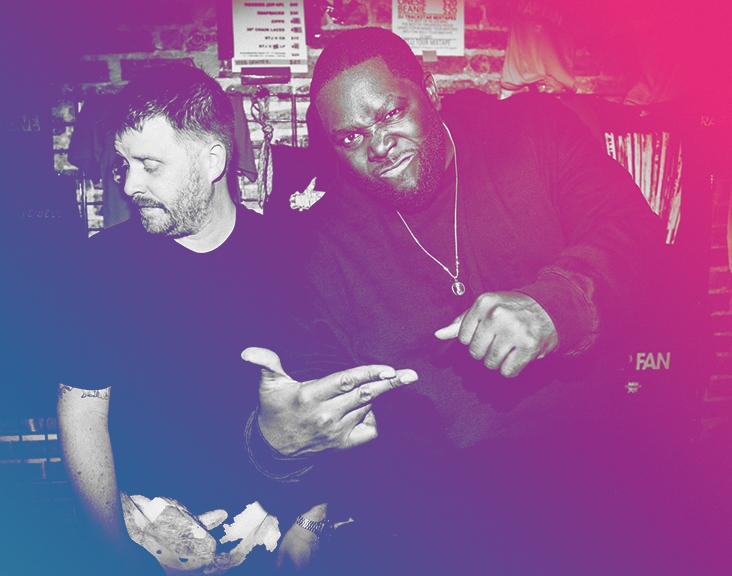 Can The First-Ever Fortress Festival In Fort Worth Slide Into The Vacancy Left Behind By The Area’s Many Recently Shuttered Fests And Immediately Become One Of North Texas’ Big Dogs?

Putting on a music festival is no easy task. But growing your fest into a successful brand that’s anticipated year after year? That’s damn near impossible.

Just a few short years removed from writing articles where we openly joked about how North Texas had long hit “peak festival” but then just kept making up new ones almost every weekend anyway, we find ourselves at a point where, all of a sudden, there are but a handful of dependably decent large-scale fests left.

For every Homegrown or So What?!, there’s are one-and-dones like Plano’s Suburbia or Dallas Music District Festival — or even disasters like Arlington’s Timescape or Reverchon Park’s Bulladora Music Experience — that got scrapped before ever happening even the first time.

If we called 2012 “the year that Dallas learned to embrace the fest life,” then 2017 might be that year North Texas got so over the whole fest thing. Longtime regional staple 35 Denton is taking another year off, although it’s looking more and more like it might be done for good. And lest you think Denton’s other big fest, Oaktopia, would come in and claim the city’s festival title, well, the future of that fest is up in the air too.

Dozens of others have come and gone since 2012, too. A few that come to mind are KXT’s Summer Cut, Big Folkin’ Fest, Breakaway Festival, Radfest, H2O Festival, Canned, Rageville and Clearfork Music Festival. And, while it’s not confirmed yet, let’s face it, EdgeFest probably isn’t long for this world either, seeing as how its namesake radio station is no longer with us.

In such a climate, we’re forced to wonder how Fortress Festival will bode in its debut two-day run this weekend in Fort Worth’s Cultural District this Saturday and Sunday. Has the dearth of good, large-scale outdoor fests of late left a fest-shaped hole in our collective hearts that Fortress Festival will slide right into? Or, as a region, has the novelty of the festival worn off?

Fortress Fest certainly seems like it’s putting itself in a position to succeed. Its impressive first-year lineup has done the brand plenty of favors in this department, with organizers taking something of a calculated risk and booking acts above the pay-grade of most start-up fests. An offering of Run the Jewels, Purity Ring, Flying Lotus, a Slowdive reunion, Nathaniel Rateliff & the Night Sweats and Peter Hook & The Light is one that damn near any regional fest would’ve been proud to score during any of the last five years, to be sure.

No matter how good the lineup, though, one thing that can always wreck a good outdoor fest is nasty weather. We’ve seen it happen to many a 35 Denton, and rain was blamed for killing off Bulladora last year, too. At the time of this writing, there looks to be an 80 percent chance of precipitation on Saturday. While Sunday looks clear, that’s got to be a frightening prospect for organizers.

But, wildcard elements like the weather aside, Fortress seems to have the rest of its ducks in a row. Organizers Alec Jhangiani and Ramtin Nikzad were previously responsible for starting the Lone Star Film Festival, which they ran for a decade. What’s more, in transitioning from film to music fests, they’ve aligned themselves with similarly noteworthy partners and advisers — including, for instance, the Margin Walker squad, which put on last year’s Sound on Sound Fest in Austin. Also on point is the fest’s unique grounds, situated among the museums in Fort Worth’s Cultural District.

“One aspect we’re very excited about and was important to us from the beginning is the setting of the festival in Fort Worth’s world renowned cultural district,” Jhangiani and Nikzad told us back in October. “The festival will be nestled among the stunning and juxtaposed architectural styles of The Modern Art Museum of Fort Worth and the Will Rogers Memorial Center, and surrounded by other beautiful and notable landmarks such as the Kimbell Art Museum and Amon Carter Museum of American Art. In addition to hearing great music, festival attendees will be able to walk to the museum galleries to experience first-rate art as well as the restaurants and live music venues — all located within a few walkable blocks from the cultural district.”

The fest has lots more going for it, too. Its branding and graphics have given it, in our opinion, a level of cultural cachet not afforded most first-year festivals. And it really has been a minute since we’ve witnessed this much pre-kickoff chatter and buzz for a fest, especially one gearing up for its very first run. Likewise, we haven’t really noticed the perhaps to-be-expected skepticism that’s usually associated with newcomers throwing their hats into the once-crowded landscape for the first time.

In our estimation, if Fortress Festival ends up living up to even a fraction of its advance hype, it’ll be poised to immediately become one of the big dogs in North Texas’ suddenly fairly barren festival landscape. And that’s pretty huge. Back when the festival field was more crowded, that kind of entry into the fray seemed damn near impossible.

This weekend, though, it’s Fortress Festival’s goal. Here’s looking forward to seeing if it scores.

Tickets to this weekend’s Fortress Festival are on sale here.