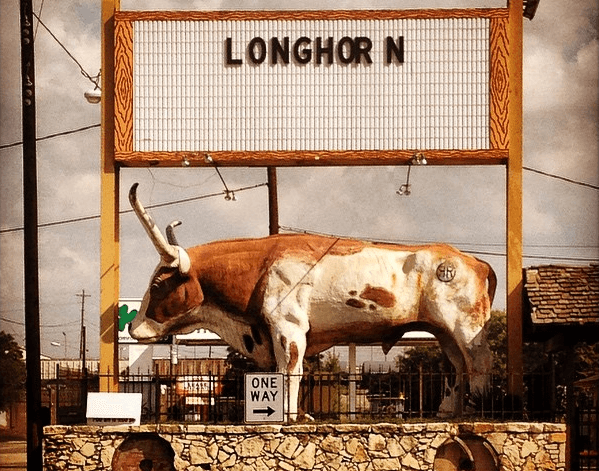 35 Denton Is Again Not Happening, Longhorn Ballroom’s Attempting A Comeback, The Star-Telegram Loses Its Music Critic and Top Ten Records Is Relaunching as a Music Library.

In a kind of (but mostly not at all) surprising turn of events, 35 Denton announced it was taking 2017 off, something it has done once before. After five years of sponsor, leadership and name changes, the festival took 2014 to regroup, only to return for 2015 and 2016 with fests that were smaller in scope and with fewer eye-grabbing headliners.

Organizers haven’t yet confirmed the plug has been pulled indefinitely, though. They’re instead asking people to stay tuned for further updates.

But with Oaktopia taking up the mantle as the city’s signature fest, things don’t necessarily look promising. But, hey, they’ve come back from the dead a time or two before now, so never say never. For now, enjoy some photo memories from last year’s seventh, not-quite-annual/potentially final 35 Denton.

Something that is happening this year – and just eight Sundays from now! – is the start of the Texas Rangers‘ 2017 regular season. We know this figure exactly because Toadies frontman Vaden Lewis sang about it during this TV spot which premiered during the Super Bowl. The casting decision wasn’t totally out of left field, as his band’s set to play a post-game concert at Globe Life Park on Saturday, April 29.

Check out the Rangers commercial from tonight’s big game & get 12 games for the price of 10: https://t.co/r2GsJXZpku pic.twitter.com/36UAOVk0hq

When not taking you out to the old ballgame, you’ll soon be able to be taken to the old ballroom – the Longhorn Ballroom, that is, which looks to be getting a new lease on life. According to the Dallas Morning News, Jay LaFrance has purchased the building, and “plans to renovate the historic building and keep the music playing for parties and events.”

From the DMN story, LaFrance seems to really appreciate the joint’s long and rich 67-year history. Originally called Bob Wills’ Ranch House, the venue was built in 1950 to be the permanent home venue for the Texas swing pioneer and his Texas Playboys. Jack Ruby managed it for a time, and Dewey Groom took it over in 1958, rebranding it as the Longhorn Ballroom. Over the years, a wide range of acts has performed at the 1,900-capacity venue, including Loretta Lynn, Merle Haggard, Conway Twitty, Willie Nelson, George Jones, Ray Price, Leon Russell, B.B. King, Nat King Cole, Al Green and even some punk acts like The Ramones, Butthole Surfers and that one legendarily infamous Sex Pistols gig. In recent years, a Mexican restaurant called Raul’s Corral called the place home, and it was used as a hotel in the USA Network series Queen of the South.

Another new spot to catch shows soon is Lava Cantina, which opens up in The Colony on May 1, and hosts its first concert on its new 1,500 capacity main stage on May 4, when Los Lonely Boys headline a “Pre-Cinco de Mayo” show. A list of other early bookings is available here, and some construction video of the spot’s layout is below.

In other venue news, The Rustic was cited by Playboy as one of the eight best music venues in the country to get a great cocktail.

Meanwhile, the Longhorn Ballroom isn’t the only historic spot with ties to the Kennedy assassination in town getting rehabbed. Oak Cliff’s Top Ten Records, the last place police officer J.D. Tippit was seen alive before being killed by Lee Harvey Oswald, has launched crowd-funding campaign in hopes of raising $40,000 in order to renovate itself as a public music library/archive. Moving forward, membership to Top Ten will allow patrons to check out unlimited items from the store (two at a time), as well as access an online database of media collections.

Moving on, a shakeup’s coming for the Star-Telegram’s music section when the paper’s pop music critic Preston Jones leaves his post next month after a decade of covering the local music scene as well as concerts from nationally touring acts.

Writes Jones on Facebook: “Some news: I gave my notice today at the Fort Worth Star-Telegram. Somehow, I managed to last a decade as the paper’s pop music critic, but the time has come for me to move on and try something else, which will come later this month…While it’s an amicable parting, leaving the Star-Telegram is not a decision I made lightly — or easily. I’ve been extraordinarily fortunate to do what I do for as long as I’ve done it, but times are changing, and the job has simply shifted into something I no longer have the appetite for. That’s not to denigrate, in any way, the Star-Telegram or any of the journalists still doing good work there, but rather to simply acknowledge that, amid journalism’s endless, convulsive changes, thoughtful cultural coverage is an endangered species.”

This is sad news, to be sure, as Jones was certainly one of the good ones. It comes at an interesting time, too, as the Dallas Morning News and Dallas Observer got rid of their full-time music critics in the past few months, and there’s been no word yet on whether the Star-Telegram plans to fill Jones’ role with a part-timer like the DMN opted, if it will turn the music section over to the art critic’s hands like the Observer did or if it will simply rely on freelancers to pick up the slack like Guidelive has.

In any case, his voice will be desperately missed in this market.

Finally, the Old 97’s will become the latest locals to hit the late night talk show circuit when they play Late Night With Seth Meyers on Monday, February 20. We also hear Meyers’ bandleader — one Fred Armisen — and The Office alum Jenna Fischer will star in a new video for the band’s “Good With God” single, which should premiere some time very soon.