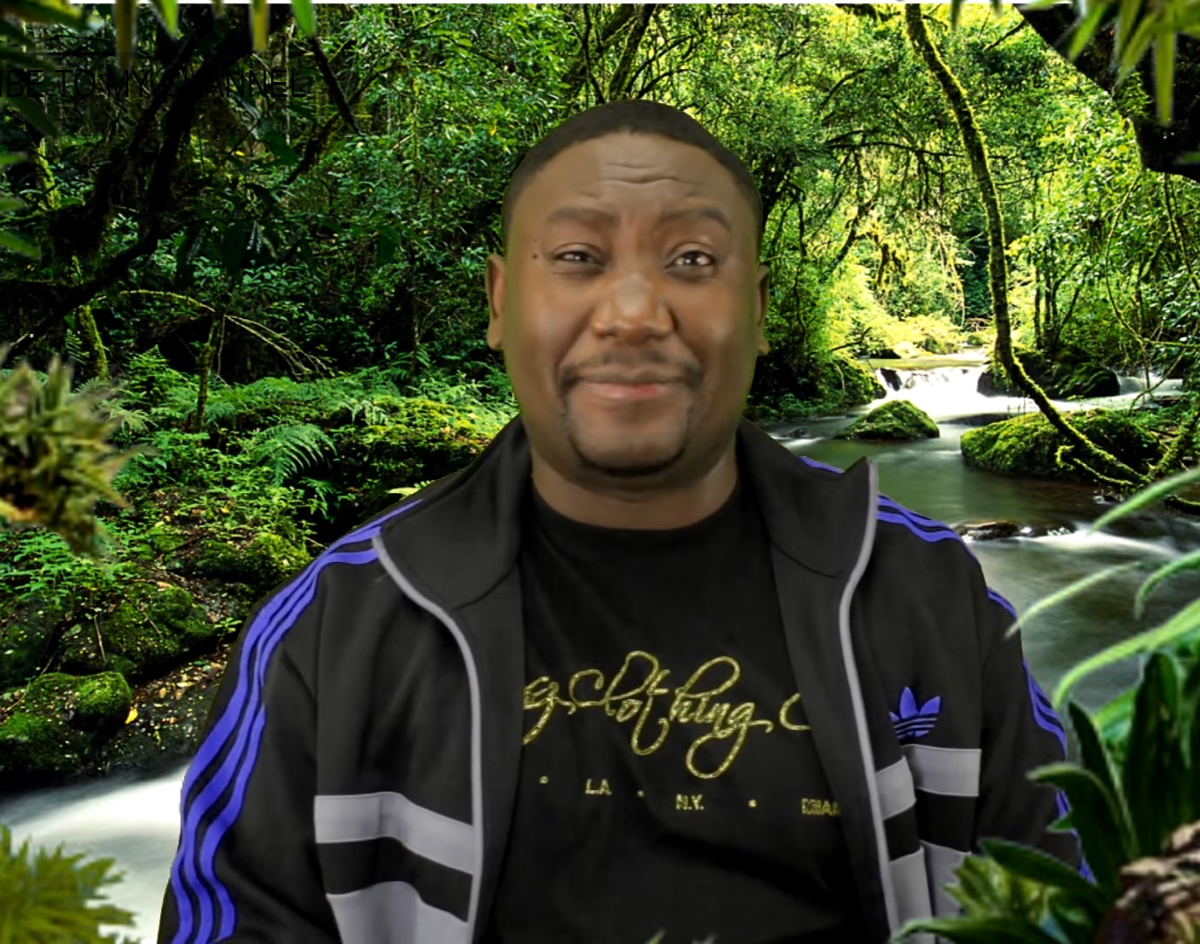 Alfred Kainga Talks About Appearing on Kevin Hart’s Hart of the City, Shooting His First TV Pilot and Life as a “City-Famous” Comic.

Alfred Kainga is boisterous and charismatic, and he infuses sharp humor into charming stories about his life, including tales of his transition to America. His terrific energy is well met by his strong writing talent – it’s easy to see why his calendar stays full.

That habit of staying busy is great for him, and for his fans, but it makes life a little harder when you’re the interviewer trying to sit down and talk with him.

I managed to meet with Kainga at the Arlington Improv, just before he went out to perform with the night’s headliner, Tony Roberts. He’s a regular at both the Arlington and Addison Improv clubs, performing on their weekend shows, and running his own shows on different nights. When he performs on the weekends, he works with prominent touring headliners. When it’s up to him to draw in a crowd, he hustles to fill the room, knowing his pull is more limited as a “city famous” comic, a term he uses to describe his current level of success.

It’s hard to say how long anyone will spend at the level of “city famous” – after all, it’s an accomplishment most comics won’t ever reach, let alone transcend. In Kainga’s case, his move into the next echelon of his career could be coming soon. He appeared on Kevin Hart’s Comedy Central show, Hart of the City – the only Dallas comic on what was supposed to be a lineup exclusively for Houston-based performers. That’s led to some exciting prospects, including the filming of a TV pilot.

I talked with Kainga about that pilot, appearing on Comedy Central, and the work it took to earn those opportunities.

You’re working the weekend here at Arlington Improv – you work with the Improv clubs pretty regularly, right?
I’ve worked with the Improv for a long time, about four or five years, very regularly. There’s two clubs out here, Arlington and Addison, so I switch around to both places. They keep me busy.

So what’s it take to build a relationship with a club like that? What goes into it?
I think it’s persistence, but at the same time you’ve gotta stay working on your craft. I’m really grateful to the Improv management and staff. They’ve really seen me develop, they basically liked what I was doing, and I listened to them, too. It was a learning curve. I didn’t know a lot about the business standpoint of the comedy game. Knowing that it is a business. You’re filling the seats. They want people to come out, to buy food and drinks, but at the same time, you as a comic, you have to be funny and deliver. That’s how I’ve learned this business, man.

You work weekends for the club, but you’ll also organize your own shows for the clubs on off nights, correct?
Absolutely. I do shows, sometimes on Wednesdays, and Sundays. Sundays aren’t an off night, that’s a major weekend. So yeah, I do.

What goes into that versus working a weekend? What’s it like to take the lead on your own show, compared to being brought in to work their weekend shows?
Coming in to work for the weekend is different, because there’s a headliner already. People know the headliner, they have more credits than myself. They’re a bigger crowd puller than me. So when the Improv gives me a night to put on a show, I’ve got to go out there and stand in the streets, hand out fliers. Make calls and say, “Hey, you’ve got to come to my show.” There’s a lot more advertising that I have to do versus when your name’s on the marquee and your name’s recognizable. So I’m at that point where I’m semi-famous; I’m city famous. So I’ve got to go out to my fans and say, “Come out to the show, I’ve got a show.” And I’ve got to sell tickets myself. So that’s the difference between having a weekend gig, where you have a headliner like Tony Roberts, whose name is recognizable – two shows already sold out tonight – he doesn’t have to go out and sell [tickets]. I do.

Was there a learning curve to those responsibilities? People don’t tend to get into comedy thinking about that side of the equation.
You know what actually helped me was I used to be a salesman, I was a salesman for 12 years. So that sales background really, really helped me. So I learned early on that you’ve got to sell tickets in order for people to come to the show. I learned that.

Can we talk about your material? What sort of topics do you like to bring to the stage?
I just talk about — y’know, I’m African, so I talk about my African heritage. I talk about my transition from when I moved from Africa to here. The things I was expecting when I first came to the United States, and the things I saw. Differences. I talk about that stuff. I talk about how I grew up in an environment where I went to school at an English prep school, and then I came out to America thinking I knew how to speak English, and I learned you guys don’t really speak English here, it’s like, some kind of Texan or something. So that was different. I talk about all that.

What are your thoughts on the DFW comedy scene?
I think it’s actually one of the best in the country. I’ve been traveling a lot, I didn’t realize that we have – apart from L.A. and New York, of course – we have the most comedy clubs in the country, in the Metroplex. You’ve got three Hyena’s clubs, you’ve got two Improvs, Dallas Comedy House, Backdoor Comedy Club. There’s so many places where you can go and do stand-up comedy, and start from an amateur, and move to professional. I think the DFW comedy scene is great, man. There’s a lot of diverse comedians that I’ve seen in the city, and it can only get better.

Do you mainly focus on the clubs? Do you do any bar shows, or other independent venues?
Every now and then I’ll do a bar show, if someone calls and says, “Hey man, we need you out here.” If it’s a paying gig, I’m gonna work. But I like to focus more on comedy clubs, because that’s where people come to listen to comedy. I don’t have to fight with the audience.

You were recently on Comedy Central with Kevin Hart’s Hart of the City, right?
That happened a few months ago. It was crazy, man. Kevin Hart’s people, they watched my stuff on YouTube, a lot of people gave me great recommendations, and when Kevin saw it, he said, “This dude’s got to be on the show.” Even though the taping was being done in Houston, they were only picking four Houston comedians, but they had to make an exception. So they picked three Houston comedians, and said, “We’ve gotta get this guy from Dallas, because that’s how funny he is.” Which was a blessing, man. I didn’t expect that. I’m still grateful, and humble. That’s really changed my comedy career.

What’s the feedback been like since you did it?
The feedback’s been awesome. I’ve had contacts from different agents across the country, management groups. I actually did film a TV pilot, just recently. Just because the TV producers and the director saw me on Hart of the City.

Can we talk about the pilot at all?
Absolutely – the pilot is called…I don’t know if I should divulge that info right now, because it’s still a pilot, but it’s a pilot that was shot by a TV company that just released a movie on TV One, and this pilot, I think, is gonna be on HBO. It’s about four guys who come from different parts of the world. I guess I can tell you about it – it’s called The Immigrants. They come from different parts of the world. You’ve got an African guy, a Jamaican guy, an Arab guy and an Asian guy. They’re pretty much Americanized, they’re living their lives. It’s got a lot of great comedians in it that I got to meet.

Is it all comics on the show?
The four main acts on the show are comedians, yes. And then you’ve got some supporting acts that are not comedians, but man, it was hilarious to work with some really, really funny people.

Any big names you recognized?
There’s a guy named D’Lai. D’Lai is out of Los Angeles, and he tours with Bill Bellamy quite a bit. But we’ve got to wait until the show gets picked up first. It’s still a pilot. So we’re crossing our fingers that they’ll call us and say we’ve got 50 episodes to do. It’s gonna be great.

You mentioned that Hart of the City found you on YouTube, so obviously you have some level of online presence, social media.
Absolutely, man, absolutely. You’ve got to stay busy now, that’s how it works. I do skits, I post videos on YouTube, Facebook, Instagram and, yeah, that’s how I basically made myself a bit more visible, for them to be able to see me.

How often do things you post feel like they have a payoff? Does it feel like a lot of stuff, and hopefully one thing catches? What’s your experience?
You’ve just got to stay consistent, because you never know which skit or which video will catch someone’s attention. I’ve had skits where I thought, “This is a knockout sketch,” and it didn’t get any credible reviews. And I’ve got some that I thought, “Eh, that’s alright,” and that video got 40,000 views in less than five days. You’ve just got to stay consistent, producing material and throwing it out there for people to make their decision.

So let’s say I’m a comic who’s been doing this for a while, feels like he’s almost ready to make that jump into professional comedy – what advice would you give someone who’s trying to push themselves into that last step?
Push yourself to the limit. Don’t stay in one environment. That’s very important. If you’re in the DFW Metroplex, step outside the box. Go on the road, take those low paying gigs in Amarillo. Go to Georgia, go to Chicago, test your material and see how well received you are there. Don’t focus on the money in the beginning, because it’s not about the money, it’s about you building your brand, and building your fan base. That’s what a lot of people don’t realize. I’ve been doing comedy for almost 11 years now, it’s not about the money, it’s about building that fan base first, and that name recognition. So that when your name is on the marquee, people can buy tickets and say, “Oh, we know that guy, we’re gonna go see him, he’s pretty funny.” Stay consistent. That’s the advice I’d give. Go on the road, try your material in different cities, with different audiences. Every city is different, every audience is different, you never know what’s going to work. Make sure you hone your craft, and go out there and do it. That’s the only way I can advise anybody. Get out there and do it. They’re not going to call you while you’re sitting on your couch, you’ve got to prove you’ve got what it takes.