Get Out Is The Movie America Needs Right Now. 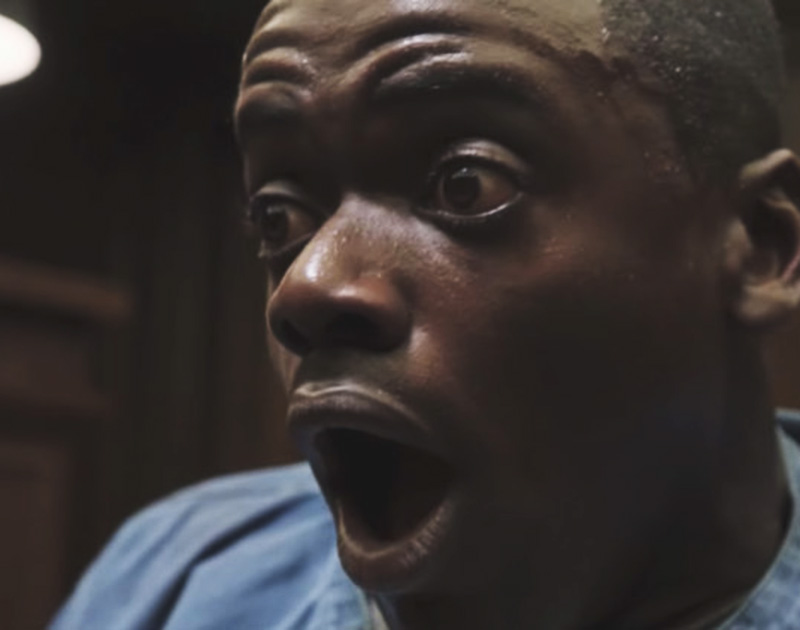 In His Directorial Debut, Comedian Jordan Peele Only Needs The Horrors Of Modern Society To Rattle Audiences To Their Core.

Subtle racism is a bitch, ain’t it?

To be clear, I’m not talking about the blatant brand of racism where a white, upper-middle class father won’t shake the hand of his daughter’s black boyfriend. No, I’m talking about a far less flagrant sort of racism — the kind where the father calls the boyfriend “my brother,” assumes that all black people know each other, and thinks it’s important for his daughter’s beau to know that, if he had the chance, he would’ve voted Obama in for a third term.

Get Out, the directorial debut of comedian Jordan Peele (Key & Peele, Keanu), is satirical, modern tale of racism and horror that revels in such subtleties.

Here, our lead Chris (Daniel Kaluuya) plays a blossoming photographer who’s off on a trip with his girlfriend Rose (Allison Williams) so he can to be introduced to her parents during a weekend getaway in their secluded Upstate New York home. Given that Rose has never dated a black guy before, Chris is a little apprehensive about this meeting — but, Rose assures him, all will be fine. Her parents aren’t racists, she says. They’ll love him.

So… what could go wrong?

Considering that this is his directorial debut, Peele flashes a real talent for storytelling here. His movie is wickedly smart, uncomfortable and, at times, hilarious. Get Out plays like Peele’s mixing two-thirds of a Black Mirror episode (fitting since Kaluuya had a starring turn in one of that show’s early episodes) and a third of a Key & Peele sketch, with some thriller elements sprinled on top.

Sure, some of the script is a bit uneven — something to be expected, perhaps, of a first-time director. There’s a clear tonal shift in the second half of the film and it feels a bit jarring when things jump from a suspenseful horror film to thriller comedy. But if you just go with the flow, that’s a flaw that can be overlooked — and needs to be, actually, or else it will take you right out of the film.

Only, you can’t. And that’s Get Out‘s real master stroke.

Coming in close behind, of course, is the way the film handles the racism of today’s society. Peele offers audiences his perspective on things in a rather slow burn. At first, it’s just little things — like Rose’s parents asking Chris about the struggles of black people in modern society or Chris noticing that the staff members who look after Rose’s family home happen to be black. Later, when the bigger picture is revealed, everything — even those little ones — become the far more sinister.

Get Out is a terrifying film to watch because its horror feels so real. And it couldn’t be tackling these topics during a more perfect time. There’s so much uneasiness in today’s world, and Get Out does a marvelous job of showing how, if you’re not a white male in today’s society, things in the real world at the moment can be quite scary indeed.

Peele gets it. Here’s hoping the rest of America will, too.