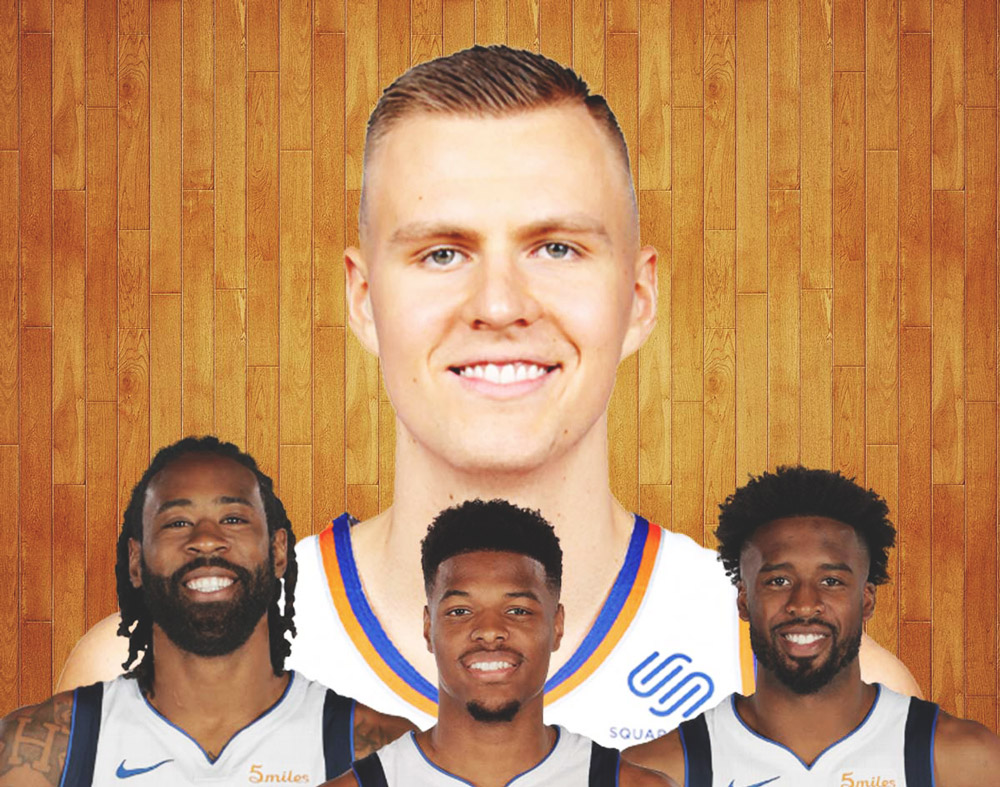 The Mavericks Just Sent Dennis Smith Jr., DeAndre Jordan & Wes Matthews To The Knicks For, Among Other Returns, The 7-Foot-3 Latvian Known As “The Unicorn.”

The Dallas Maverick just landed a unicorn. The Unicorn, in fact.

Just a few weeks removed from the deluge of rumors that the Mavs were interested in trading away their 2017 first-round draft pick Dennis Smith Jr., the team has done apparently just that, reportedly sending the promising young point guard to the New York Knicks along with (the expiring contracts of) center DeAndre Jordan and swingman Wes Matthews in exchange for 23-year-old All-Star center Kristaps Porzingis, plus swingmen Tim Hardaway and Courtney Lee, and point guard Trey Burke. Reports indicate that the Mavs will also send a future first-round draft pick to New York as part of the deal. (Update: It’s two first-rounders, apparently — an unprotected 2021 first-rounder and a top 10-protected 2023 first-rounder.)

Longtime Mavericks-focused NBA reporter Marc Stein of The New York Times was the first to report a deal between the Mavs and Knicks. ESPN’s Adrian Wojnarowski independently confirmed the same report almost immediately thereafter. Minutes later, The Athletic’s Shams Charania reported what appears to be the full extent of the teams’ exchange of assets.

Charania is also citing sources that say the Latvian Porzingis is planning to sign a qualifying offer guaranteeing that he’ll remain on the Mavs through at least one additional season beyond this one. Wojnarowski is hearing differently.

Hardaway Jr. and Lee are both signed through the 2019-2020 season, with a Hardaway Jr.’s contract including a player option for the 2020-2021 season. Burke’s contract is up at the end of this season.

This afternoon’s trade news immediately follows reports that, following the Mavericks’ 114-90 win over the Knicks in New York last night (a game in which Smith Jr. posted his second-career triple-double), Porzingis reportedly met with the Knicks’ upper management to discuss his confusion over the teams’ direction.

The Mavericks’ new center has not played a minute of NBA basketball this season after injuring his ACL last February. For weeks now, the NBA rumor mill has been filled with speculation that Porzingis has been feeling better and itching to return to the court, even as the Knicks have expressed concerns about the long-term durability of his knee.

The Mavericks appear not to share those concerns, as this trade finds the team squarely focused on growing Porzingis and Doncic alongside one another for years to come. Following earlier reports that the Knicks were engaged in talks with the Brooklyn Nets, Los Angeles Clippers, Miami Heat, San Antonio Spurs and Toronto Raptors as potential destinations for Porzingis, the Mavericks swept in at the last minute as a surprise trading partner.

It is likely the Mavericks view Porzingis as the heir to fellow Euro Dirk Nowitzki’s Dallas throne. Like Nowitzki, Porzingis is a known threat from three-point range. But he’s a better defender than Nowitzki ever has been, and a renowned rim protector.

Injury aside, his game only appears to be improving, too. After three years in the league, Porzingis is averaging 17.8 points, 7.1 rebounds and two blocks per game throughout his career, but his points per game total has increased steadily in each year as a pro. Last year, he averaged 22.7 points per game through the 48 contests he participated in before being sidelined to rehab his ACL.

Next up for the Mavericks? You mean, beyond going through the formalities of actually finalizing the deal through the NBA office and not in the theater of NBA Twitter? (Update: Mission accomplished there.) Finding additional parts to fit alongside its now very Euro-centric young core of Porzingis and the 19-year-old Slovenian rookie sensation Luka Doncic — something that, granted, the team hasn’t had much luck with in the past, at least as far as free agency goes.

Of course, y’know what might help with that? New unis.