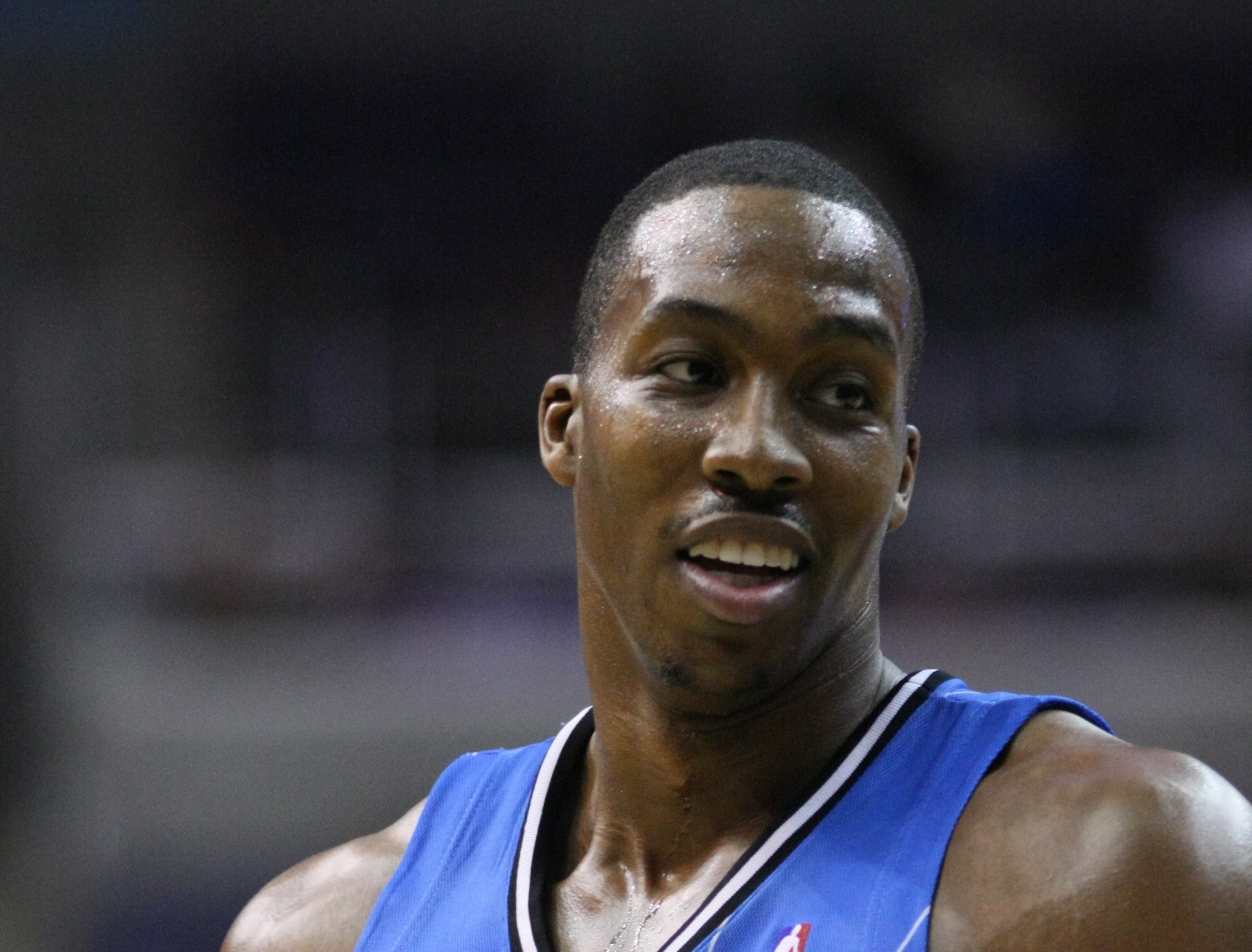 Hey, Dwight Howard! If You Sign With The Mavericks, You’ll Get All This Free Stuff!

It started off as a joke.

After having seen that chicken finger-specialty restaurant Raising Cane’s had gone public earlier this week with an offer to Dwight Howard — free food for a year if he were to sign with the Mavericks — we simply wondered aloud if we could get some other area businesses to do something special to possibly help entice the dominating NBA free agent to sign with the Mavericks, too. We didn’t really expect anyone to respond.

Then, uh, they started to respond. All sorts of people, too. And it’s starting to add up to a seriously impressive package! Not bad for just a couple of hours work on Twitter and Facebook!

Considering that the list is still very much in flux at this point, consider the below a running tally. We’ll update it as we go.

But, on the off chance that you read this, Dwight: Know that, beyond the Raising Cane’s offer, and beyond whatever pitches Mark Cuban, Dirk Nowtizki, Rick Carlisle and Donnie Nelson made to you today, the rest is all yours too if you sign with the Mavs.

No bullshit, either. This is all confirmed with the people listed.

Full List Of Donations To The Get-Dwight-Howard-On-The-Mavericks Cause To Date:

• Free pizza at revered Dallas pizza restaurant Il Cane Rosso for the entirety of his career with the team. (Either location, dine-in only, no to-go orders.)

• Unlimited access to all shows at the House of Blues’s Dallas location.

• A private, roped-off “Dwight Howard Only” section for Dwight and his guests (as noted with a permanent sign to be installed in the club) — plus the creation of a to-be-determined signature drink named after Dwight — at Uptown hotspot and noted Dirk Nowitzki hangout The Travis.

• Free DJing services from local legend DJ Sober — the same dude who DJ’d Dirk’s wedding reception — at Dwight’s wedding should he get married while a member of the Mavericks.

• Free meals at the adored Deep Ellum restaurant the AllGood Cafe for the entirety of his career with the team. (Dine-in only, no to-go orders.)

• A full catered party for 25 people courtesy of Chino Chinatown and chef Uno Immanivong, plus free pho-zole for the entirety of Dwight’s Dallas career.

• A private suite for all shows at the Allen Event Center, plus free zamboni rides whenever their community ice rink is available.

• Free admission and a free drink ticket at all shows at new Fort Worth music venue Queen City Music Hall for the duration of Dwight’s career.

• A permanent guest-list spot for Dwight and any additional entourage members, plus seven orders of chicken wings, at every Hyena’s Comedy Club show.

• One year of free auto repair to any of Dwight’s vehicles, courtesy of Dallas European Auto

• Four free tickets to opening night of every touring Broadway show booked to the Winspear Opera House during Dwight’s time with the Mavericks, courtesy of the AT&T Performing Arts Center.

• One free LP or CD for each week Dwight remains a Maverick, courtesy of Dallas’ top record store, Good Records.

• A signature drink of Dwight’s choice to be named after him, plus free cocktails for the duration of his career as a Maverick at Fort Worth’s The Gold Standard. (Dine-in only.)

• A guest feature on an upcoming track from favorite Dallas hip-hop sons, A.Dd+.

• Free creatine and training services for the duration of his time in Dallas, courtesy of The Nutrition Stores.

• A demo deal with the Dallas-based Kirtland Reocrds, home to the Toadies, Sarah Jaffe, Bob Schneider and more.

• A hour of radio time each Sunday night on KDGE 102.1-FM The Edge, courtesy of Mark, host of “The Adventure Club.”

• The North Texas land trust Connemara Conservancy will plant a tree in Dwight’s honor for every 100 rebounds he grabs as a Maverick.

• A Saturday morning radio show on CBS’ The Indie-verse called “The Superman Hour with Superman Howard.”

• One of these super cool and one-of-a-kind skateboard-deck rocking chairs from local artist Tom Currie.

• Free access (plus one) to all punk rock shows thrown by Dallas Distortion Music for life.

• More as they come…

Got something to add something to the list? Email us! (Cover photo of Dwight Howard by Keith Allison, via Wikicommons.)