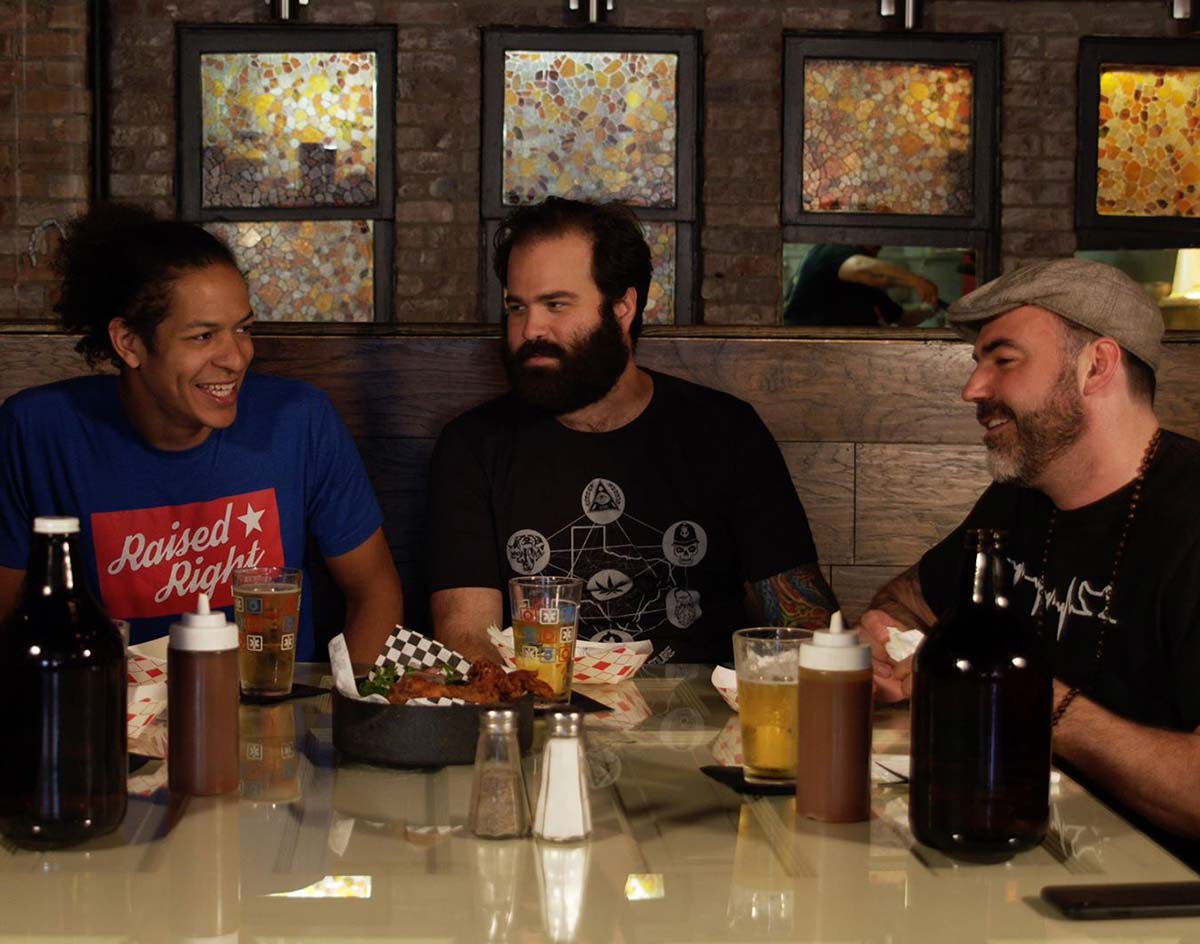 In Episode 21, Brick & Bones Co-Owner Cliff Edgar and General Manager Ian Brooks Break Out The Fried Chicken — And Even Some Costume Changes.

This week, we had the pleasure of sitting down with Brick & Bones co-owner Cliff Edgar and general manager Ian Brooks.

With growlers of BrainDead’s Exhausted Nihilist and Frog IPA in tow, we were already on track for a tasty afternoon — and then chef Ray Morales dropped off to our table a tortilla warmer full of the amazing fried chicken that he’s been serving up in Deep Ellum since 2015. Turns out, his chicken is still delicious even when it’s not served up at 1:30 in the morning! Go figure!

Over the course of our chat, Cliff and Ian were a real joy. We got to ask them questions about their chicken and dive bar game. In turn, they got to ask us a bunch about what the beer brewing process is actually like. It was a super informative discussion, and one that also involved more questions from our live viewers than we are usually able to include — a sign of things to come, I hope, as those live comments always make for fun curve balls over the course of our Growersations.

Also cool? We set a new record for outfit changes over the course of our talk!

So crack open something cold, turn up that air conditioning and come have a laugh with us on Episode 21, yeah? Right on.