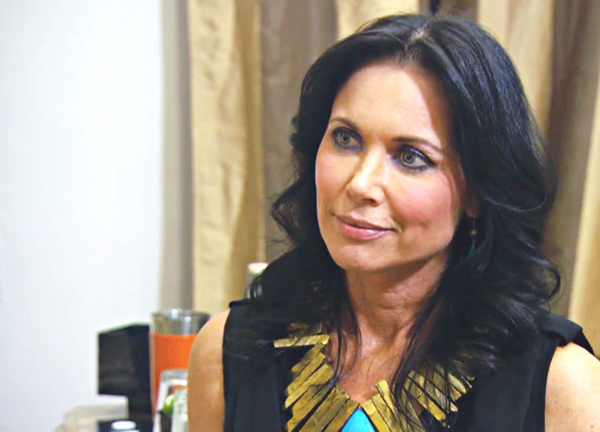 Five Things My Friend In New York Learned About Dallas From The Real Housewives Of Dallas Premiere.

As I imagine many of you did, I watched the Real Housewives of Dallas premiere with a certain morbid curiosity about how the city I call home was going to be portrayed to a national audience.

I didn’t love what I saw. Aside from the fact that the show’s editors regularly inserted B-roll of Fort Worth into the show’s transitions to play up the more cowboy-oriented stereotypes of Dallas, I wouldn’t exactly call the vapid, shallow and superficial attitudes of the cast reflective of the city I know and love.

See Also:
• Ladies Of The House. // Real Housewives of Dallas: Our Picks for Who Should’ve Been On The Show.
• Real Talk. // Who Said It? One Of The Real Housewives Of Dallas Or Polio Vaccine-Discovering Scientist Jonas Salk?

That said, I also can’t deny that people like the women cast on this show do exist in circles I don’t really run in. I’ve met plenty of women like this. Surely, at some point, we all have.

But we Dallasites, I think it’s safe to say, are going to be pretty biased about how this show portrays our city. Far more interesting — to me, at least — is how the city is going to be perceived by out-of-towners who are looking to the show for a little insight into the way things operate around here.

To that end, I asked a friend of mine who lives in New York and is an admitted ardent fan of the Real Housewives brand to watch the premiere and share with me her thoughts on the city, as shown through the show. She agreed on the condition of anonymity — mostly because she was worried that her observations came off as “sorta mean.”

Without further ado, here are her five takeaways about Dallas based on the premiere episode of The Real Housewives of Dallas, in her own words.

• “Who knew charities were so big there?” Charity was indeed a central theme of the premiere episode, with the cast attending at least two home-hosted charity events, and with the subject dominating the confessional time from LeeAnne Locken in particular. I guess this isn’t as big a theme in the other Real Housewives shows? For what it’s worth, I would agree that, yes, charity does seem to be a big deal around these parts. My more-moneyed pals tell me the Margarita Ball is a blast.

• “Some people in Dallas grew up in carnivals.” In a way, with the State Fair of Texas forever looming, I suppose that’s a little true — although not as true as it is for LeeAnne Locken, who rose to her supposed position as Dallas’ charity queen despite her parents being carnies. Speaking of carnies: Wanna guess LeeAnne’s age? (She’s 48.)

• “Plano is not as nice as Dallas.” LOLOLOLOLOL. Honestly, when LeeAnne Locken said “It’s a little Plano in here!” while looking disapprovingly at the pretty immature antics of Brandi Redmond and Stephanie Hollman at one charity get-together? For me, and I imagine other locals, it was a hilarious dig and pretty much the sole redeeming thing that came out of spending an hour watching this show. That line will likely live forever, even if this show gets canned tomorrow. There are probably already GIFs of it on Twitter. Here’s the thing, though: Plano’s really not that bad. Getting cooler all the time, actually. Too bad my friend is now convinced that it’s 100 percent the worst, confirming her earlier suspicions from having once attended a work conference hosted there a few years ago. “I actually already knew it was bad,” she adds, confidently.

• “Are all people in Dallas this dumb?” Man, I hope not. But I’ll allow my friend to expand: “They seem dumber than most other Housewives, and their beginning taglines were super lame. But I guess I’m intrigued.”

There you have it, Dallas. America sees us as dumb, charitable and borderline intriguing.

Hmmm. Is that better or worse than JFK-obsessed?