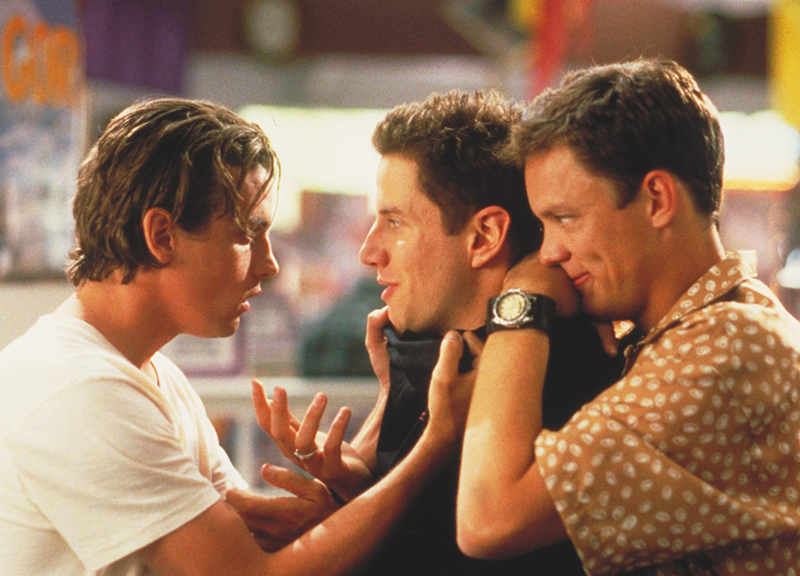 For the second year in a row, three-day Dallas horror convention Texas Frightmare Weekend is going all in on Scream. Last year, you may remember, organizers brought Sidney Prescott herself, Neve Campbell, to town for its three-day celebration of guts and gore; but, this year, as the late Wes Craven-directed classic turns 20 years young, TFW is somehow going even bigger by bringing O.G. cast members David Arquette, Rose McGowan and original Ghostfaces Skeet Ulrich and Matthew Lillard to the party.

Just as exciting? Those are just a few of the coups scored for the 11th annual TFW, which just keeps climbing up the rankings and morphing into one of the top pop culture cons around town. Also appearing at this year’s deal is Robert England (who himself owes Craven a debt for creating his Freddy Krueger character), zombie god George A. Romero, Candyman‘s Tony Todd, Friday the 13th Kane Hodder and Halloween‘s Dick Warlock, as well as some actors from the MTV television version of Scream, the guy who played The Last Starfighter, various cast members from The Warriors (including noted character actor James Remar) and KISS drummer Peter Criss (why not). There are a gang of others, too. See the full list here (and check out autograph prices here).

Also worth noting: The panels look rad. Beyond retrospectives from the casts of Return of The Living Dead and Halloween II, this year’s affair also includes a “Remembering Wes Craven” panel with the aforementioned Englund, Lillard, Arquette and Ulrich, plus Heather Langenkamp, Amanda Wyss, Mitch Pillegi and Miko Hughes.

There won’t, however, be a standalone Scream panel, though. Well, not at the fest, anyway. In a move that’s indicative of the ways in which TFW is branching out into the city at large in 2016, a Scream screening featuring a post-show Q&A with Lillard and Ulrich will go down at the new Alamo Drafthouse in Dallas on Thursday, April 28. (You’ll also receive a free commemorative Ghostface mask with the purchase of a ticket to this event.) That same night, the Alamo will also host a Day of the Dead screening and Q&A with George A. Romero. Meanwhile, across town, the Texas Theatre is that same night also hosting a screening of The Warriors and a Q&A with cast members Remar and Michael Beck, plus an earlier repertory screening of From Dusk Till Dawn.

“These are the super cool rare opportunities you get at [through Texas Frightmare Weekend] that you don’t get anywhere else,” says James Wallace, programmer for Alamo DFW, while noting that the Alamo and Texas Theatre screenings are scheduled far enough apart from one another so that attendees could feasibly attend both. “There’s something kind of extra special having these things where people get to watch the movie and then immediately get to hear about it from the actors that were a part of it. It perfectly sets the tone for a really great conversation.”