In Which We Exclusively Reveal Head Coach Jim Montgomery’s Big Secret To Keeping Your Dallas Stars Competitive Despite His Whole Defensive Unit Being Hurt.

(In Sean Connery voice.) Your Dallas Stars are defying all the odds now, dog.

Despite having some of the most unflattering advanced analytics in the NHL, Jim Montgomery’s team is doing just enough to remain competently mediocre during the injured John Klingberg’s prolonged absence from the lineup.

How’s he doing it? Well, Monty has a secret. It’s a secret few hockey pundits know exists, and also the sole reason Dallas is in a playoff position. And, yes, we shall even expose this furtive information later on in this week’s edition of Forechecking™.

First, though, let’s take a look back at the hockey week that was.

• Victory Green™ vs. San Jose Sharks, 3-2.
(In Woody Allen voice.) Poor San Jose. I mean, it’s really stunning to me. Like, look, we all know San Jose has had some excellent teams this last decade, and that your Dallas Stars haven’t had the best of luck lately, but, I mean, really… you see, well, life is divided between the horrible and the miserable. Those are the two categories y’know, uhmmm, yeah, y’know, like the miserable would be like, I don’t know, teams that are very competitive but can’t quite get over the hump and succeed in the playoffs like the San Jose Sharks, and the horrible, well, that’s your Dallas Stars. It’s shocking to me — it really is — that somehow the Stars continue to beat the Sharks, the  clearly superior team, like almost every time they play! Life is so cruel. Well, that’s how I feel about hockey. So it was nice to get this win. The lowly paid trio of Miro Heiskanen, Mattias Janmark and Brett Ritchie were your Stars’ goal scorers here, with Ritchie scoring the game-winning goal. But these games are giving me such a headache — like you wouldn’t believe! They’re turning me into an aspirin junkie, I swear. The shots against? Oh my. Before you know it, I’ll be boiling the cotton at the top of the bottle just to get the extra. Thankfully Bishop stopped 41 of 43 shots against him. Just thinking about it, it makes me nauseous!

What a pass by Polak 👀 #GoStars pic.twitter.com/L1DW6xr5Kz

• Darkness Music at Vegas Golden Knights, 2-4.
(In Christopher Walken voice) You watch those nature documentaries on the cable? You see the one about lions? They got this lion. He’s the king of the jungle — huge mane out to here. (Hands gesticulate large hair). Laying down under the tree — he’s hot, doesn’t want to move. Now, the little lions they start messing with him. Biting his tail, biting his ears, he doesn’t do anything. That’s your Dallas Stars, see. You let hyenas like Alex Tuch and Reilly Smith score all over you and — POW! — you’re dead. You’re a dead lion. You only get 24 shots on goal? Pow! You’re dead. You’re a dead lion. You’ve got a young cub in Miro Heiskanen contributing more offense than the alpha male of the pride? Boom, you’re dead! Your captain manages zero shots in the game and ends the night with a -1? You don’t have a captain, you have a loss. (Gently presses gun-shaped hand against temple, closes eyes and quietly pulls the trigger).

Seguin gets loose on a breakaway, but no dice. #DALvsVGK pic.twitter.com/QpSBTxRM7F 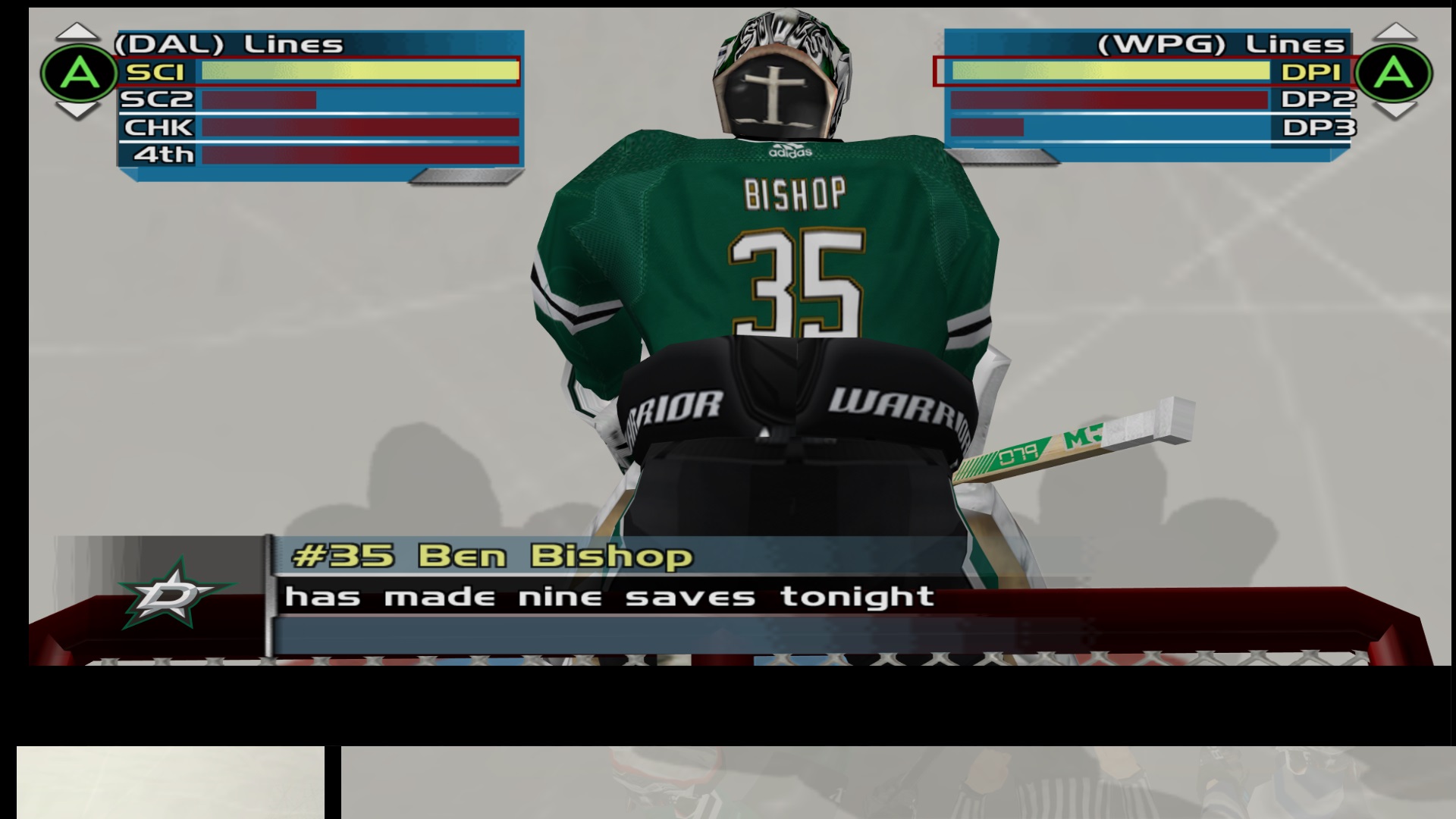 (In Forechecking™ voice.) Secrets out, bitches! Ben Bishop is holding this season together by hair on his chinny chin chin. Somehow, someway, Your Dallas Stars are fifth in the NHL in goals allowed at 78, just behind four other teams tied at 76 for first. Big Ben himself, meanwhile, is third among goaltenders with an excellent 2.28 goals against average and is top ten in save percentage with a sparkling .925. Oh, and this is all without Stephan Jones, John Klingberg, Marc Methot or Connor Carrick available to assist the Stars’ incredibly hurt defense. As good as Bishop has been, though, it would be unfair to not credit the Dallas skaters some for assisting the efforts of their goaltender with their commitment — or perhaps Jim Montgomery’s demand — to block the shots headed his way religiously. Roman Polak has been especially selfless, throwing his body into a team-leading 57 shots so far in the season. But, let’s make no mistake, Dallas remains a playoff contender mostly due to the efforts of Bishop and his crease buddy Dobby. Let’s just hope for the fast return of some familiar faces on the blue line so the work load can be alleviated some off those two. Because, lest we forget, this is supposed to be an offense-minded team that’s been assembled here. And, as we all know, only shooting Stars break the mold.

• Wednesday, 12/12, at 9 p.m. vs. Anaheim Ducks (AWAY): The Ducks are one of the few teams that have missed more man-games to injury than Your Dallas Stars, and although they started the season in the basement, they have recently vaulted up the anemic Pacific Division thanks to an 8-2-0 burst. One problem: Goaltender Ryan Miller was just announced as being out of the lineup for at least six weeks. WOWZERS, THEY ARE HURT REAL BAD.

• Thursday, 12/13, at 9:30 p.m v.s. San Jose Sharks (AWAY): The Sharks are looking for revenge here for last week’s loss at the hands of Ben Bishop. But will you be watching? There is a chance the game will end near midnight in Texas, and it’s a school night. Will you stay up with us? I mean, really. Are you not going to live-tweet with us until we are all shadow-banned late into the night? I’m talking to you, @Jack.

• Saturday, 12/15 at 8 p.m. vs. Colorado Avalanche (AWAY): Oh, great! The Avs again! The Central Division’s highest team with the league’s most dangerous line hosts Jamie Benn & Ya Bois, all of whom will invariably pepper their post-game interviews with lots of “The effort wasn’t good enough” after suffering another loss to Semyon Varlamov. Please, oh please, prove us wrong! We love being wrong here at Forechecking™! We will even give ourselves mohawks if the Avs win!

• Tuesday, 12/18 at 7:30 p.m. vs. Calgary Flames (HOME): ‘Splain this to us. The Flames have beaten Columbus 9-6, the Wild 2-0 and the Flames 5-2 in recent games and they now lead the Pacific Division with 107 goals for. Hopefully Dallas can maintain their stingy goals-against ways against the Flames of Alberta.