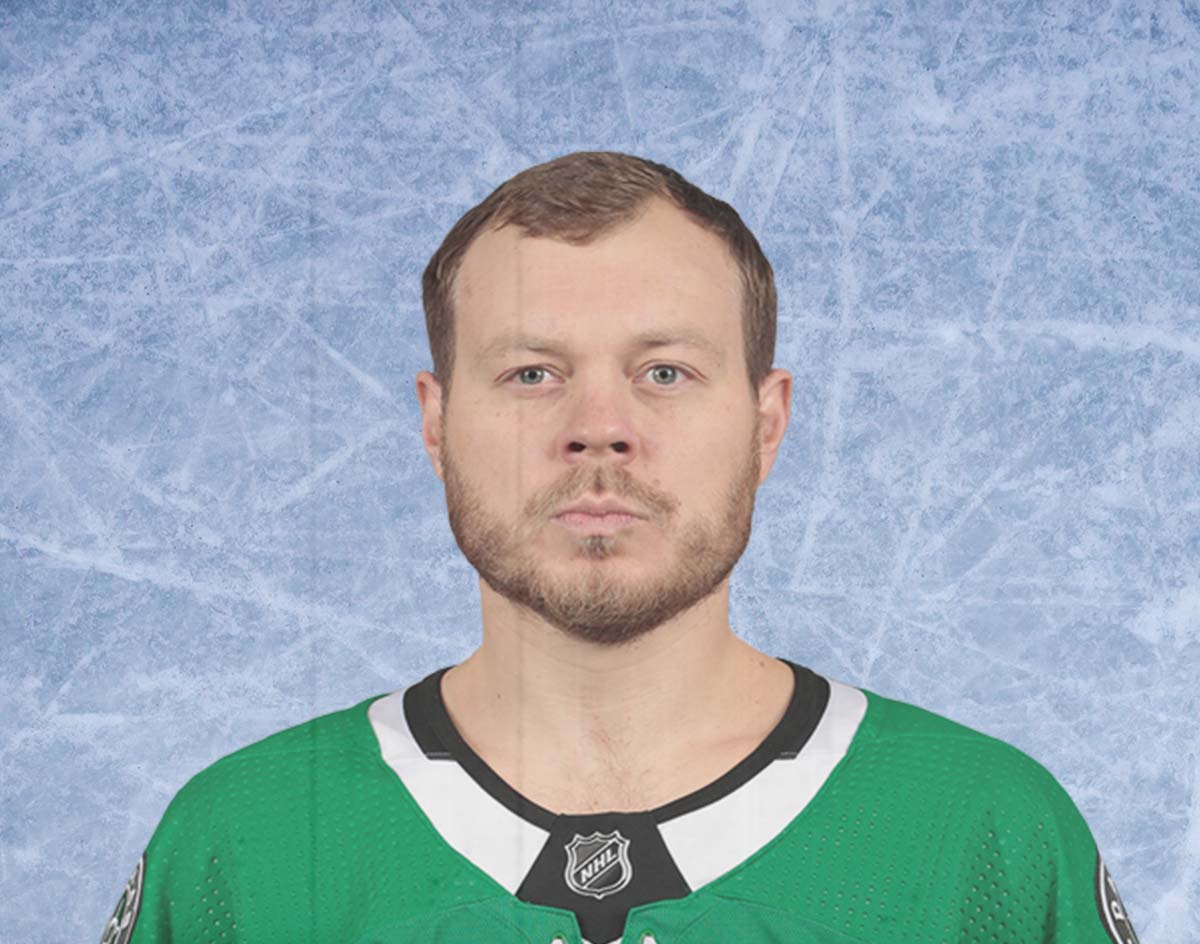 Some Great Netminding From Backup Goalie Anton Khudobin Is Helping Keep The AHL Team That’s Standing In For The Injured Dallas Stars Competitive.

Somehow, Your Dallas Stars are staying afloat in stormy weather.

Mired in what will likely be the most injury plagued season in franchise history, rookie coach Jim Montgomery is navigating uncharted waters with a 19-year-old as his number 1 defenseman, a backup goaltender starting every game and a handful of Home Depot employees patrolling his blue line. Oh, and he’s been dealing with all this while on the road.

Yes, it’s been a long week for Your Dallas Stars. Hey, as we look back on the week that was in hockey, let’s see if Julius Honka shows up in these game recaps, yeah?

• Victory Green™ vs. Ottawa Senators, 6-4.
It’s been a goofy calendar year for the Senators — from the Erik Karlsson trade drama to the off-ice issues between players’ wives to off-ice issues with an Uber driver, off-ice issues with ownership and a fan base that’s been ready to throw in the proverbial towel. But despite all the melodrama surrounding the Sens, they’re still putting up quite the goal count, currently ranking top five in the NHL in goals scored, with the bulk of those coming from their youngsters. Ottawa rookie Brady Tkachuk has especially impressed in the early season with a point per game effort, and he made his presence known in this contest, too. This very punch-able face plays just like his father Keith Tkachuk, a longtime power forward in the NHL that at one time challenged Mike Modano in the rankings for most goals scored by an American born player. You could even say he’s — *clears throat* — stuntin’ like his daddy. Regardless, the 19-year-old was outplayed here by the Stars’ very own 19-year-old phenom Miro Heiskanen, whose own two-goal effort and 23 minutes on ice led the team to Victory Green™. Following Miro’s lead, random Stars defensmen Taylor Fedun and Gavin Bayrether contributed goals of their own, with Bayrether’s being his first in the NHL. In all, it was fun night for the home crowd as Dallas easily won the game to stop a three-loss skid.

His first goal with the Stars and it was a pretty one! @tfedun88 #GoStars pic.twitter.com/GUucr5Tf7h

• Darkness Music at Colorado Avalanche, 2-3.
File this one under the “Dagnabit, we almost had this one!” category. Your Stars performed admirably on the second night of a back-to-back — and in the thin air of the Mile Hile City, no less! Anton Khudobin checked in with another rock solid performance in net as Dallas battled the Avs physically and assertively before cratering in the dying moments of the third period by surrendering the tying and game-winning goal within three minutes of the final buzzer. Mikko Rantanen continued his incredible goal-scoring ways as his 10th of the season sealed the victory for Denver and the gap between the Avalanche and Stars continued to widen in the division. During the Colorado Avalanche broadcast — one of the more obnoxious presentation in the NHL — studio analyst Mark Rycroft said something about how the top line of the Avs is what the top line of the Stars used to be, only faster, younger and overall better. What do you guys think? Is the Mackinnon-Rantanen-Landeskog trio better than Dallas’ Benn-Seguin-Radulov threesome? Let’s line ’em up, we are taking calls…

Dobby coming up big with another save on MacKinnon. #DALvsCOL pic.twitter.com/5BTUBVHgi3

• Loser Point at Edmonton Oilers, 0-1 (OT).
“If you squint hard enough, it almost looks like a skinnier Ken Hitchcock is the coach of the Oilers,” says Paul from Plano before rubbing his eyes and adjusting glasses while leaning closer to the television. “It is! It is! It’s Ken Hitchcock! Wait, I thought that son of a bitch retired from coaching?” Yes, Paul, Hitch did technically retire at the end of last season for Your Dallas Stars, but that was more because Jim Nill gave the venerable coach the ‘ol pull boot than because Hitch wanted to stop. As if it were scripted, Hitchcocks’ first game in Edmonton found him taking on his former team in a contest that’d go exactly as you’d expect. Really, what’s more Hitchcockian than a game with zero goals through 60 minutes of play? Sure, the evening lacked goals, but the effort was there in a spirited affair that saw the Stars inept power play fail to make a difference yet again. Once again, Khudobin sat in net and offered up a friggin’ spectacular performance, shutting down the league’s most talented player in Connor McDavid before surrendering the game winner in overtime to Oscar Klefbom. A frustrating game, yes, But a point’s a point, we guess.

Gavin Bayreuther with the timely save. #GoStars pic.twitter.com/UVVw4ZCNTb

• Victory Green™ at Calgary Flames, 4-3 (OT).
A Western Canada road trip just isn’t complete until you tango with the bois from Calgary. Jason Spezza opened the scoring here with the first shot of the game, and Dallas even managed a power play goal for the first time of the road trip. (Yeesh.) Bad as the power play has been since Klingberg went down, it needs to be pointed out that the Stars’ penalty kill has been among the league’s best, killing off four of five penalties in this game. In our humble opinion, that was the difference maker. Hey, do you like blocked shots? Well, you’re in luck because the Stars committed to clogging up shooting lanes to the tune of 26 blocked shots on this night as Dobby stopped 30 of his own. Definitely a bruising, gritty effort for the Stars. A great win.

For the second time of the season, the Stars’ backup netminder is our NHL Hitz Pro Player of the Week. Yes, Dobby has been a pillar of competence in the crease for a team that sometimes forgets to give him help by way of scoring goals. The Stars de facto No. 1 ‘tender and Kazakhstan native may not posses a stellar record, but if you’ve been watching these got damned games, you know No. 35 is holding this AHL team together almost single-handedly. His puck handling definitely make us nervous, but when the Stars need a save to keep them in a game, he’s not to be trifled with. Thankfully, Ben Bishop should be back by the weekend to give Anton a much deserved break.

• Saturday, 12/1, at 3 p.m. versus Vancouver Canucks (AWAY): There’s a good chance Ben Bishop will be in net to battle a really bad Canucks team here. Also, standout rookie extraordinaire Elias Pettersson is likely to be a Calder finalist for rookie of the year, so keep an eye on him.

• Monday, 12/3 at 7:30 p.m. versus Edmonton Oilers (HOME): Ken Hitchcock returns to the AAC for the first time since un-retiring in this one. But now he’s 80 pounds lighter and has Connor McDavid as his No. 1 center. Uh, let’s get a W at home here boys, yeah?