Forechecking: The Dallas Stars Exploded On The Preds Last Night. 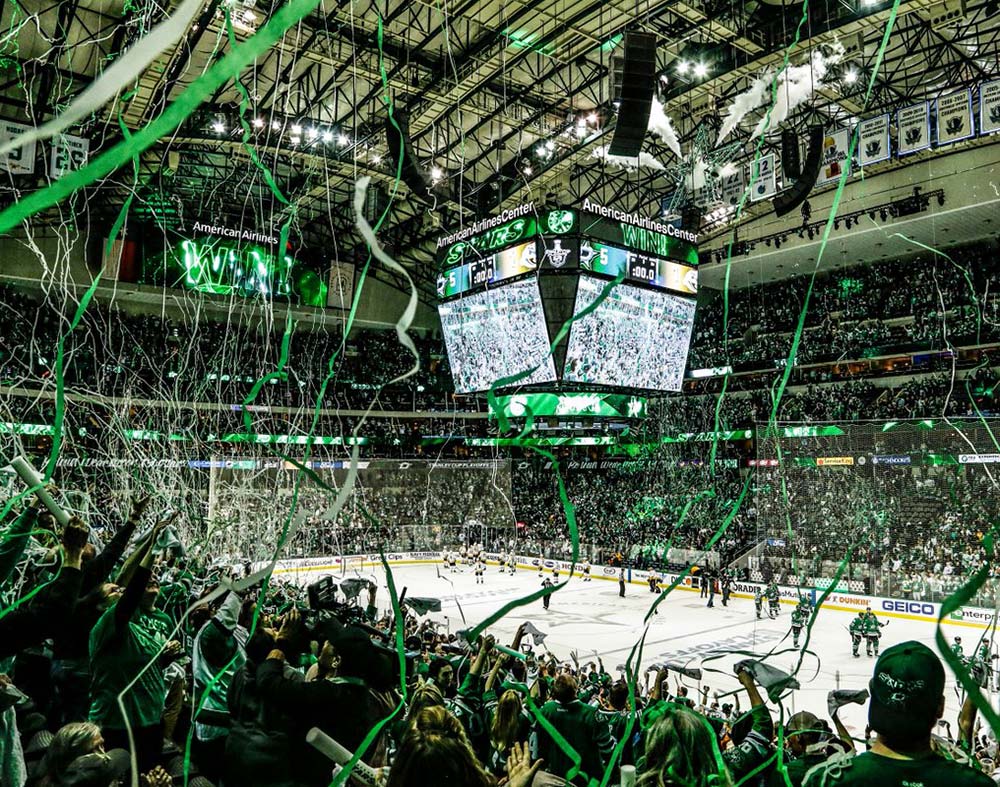 We Told You The Stars Were Going To Turn This Series Around. And In Last Night’s 5-1 Win Over The Predators, They Started Doing Just That.

Your Dallas Stars put together quite a performance last night, eh?

Game 4’s outcome was in doubt for all of 13 minutes before the Dallas Stars cruised to Victory Green™ at the American Airlines Center and earned their second win of the postseason.

For a series that’s tied 2-2, these teams don’t appear to be all that neck-and-neck, do they? Yesterday, we mentioned how Dallas was playing its best hockey of the season and putting in a more consistent effort than the Predators — and Game 4 showcased just that.

Now, the Stars just have to keep their foot on the gas and keep the momentum rolling as they travel to Nashville for a pivotal Game 5 on Saturday at 2 p.m.

The bad news? Weekend matinee tilts have never been the Stars’ forte, and should Pekka Rinne bounce back from last night’s turd of a performance with the same kind of stellar play he’s otherwise flashed in this series, it’s going to take a completely and absolutely focused effort from Tyler Seguin & The Bois to earn the road W.

Hey, maybe Zeke and Dak can make a road trip of it, head out to Nashville and cheer the Stars on to another Victory Green™?

There are three reasons why Game 4 worked out the way it did:

These three areas of concern in Dallas’ Game 3 effort each worked out as an advantage for the squad in Game 4 as the Stars flipped the script and put on one of their best first-period performances in franchise history, netting four goals and chasing Game 3 hero Pekka Rinne off the ice within 14 minutes of the opening frame.

Meanwhile, Ben Bishop was nearly perfect in net, stopping 34 of 35 (mostly weak) scoring attempts in his redemption start. Then there was the Stars’ mix-and-matched power play units, which scored three times in the rout.

Roope Hintz, Alexander Radulov and Andrew Cogliano got the party started early, scoring a combined three goals on five shots. Then Mats Zucarrello drove the final nail in Pekka’s coffin with his third goal of the postseason, extending the Stars’ first-period lead to four and effectively ending the game right then and there.

It’s worth noting: Three of the Stars’ four goals on Rinne were elevated shots — something the team struggled with landing in previous contests, and surely a point of intention. John Klingberg also had a monster offensive outing, as his pinch and takeaway at the Preds’ blue line allowed the defender to glide towards the net and patiently await setting Roope Hintz up on a tap-in for the Stars fifth and final goal on the night. Klinger’s three-assist night tied a franchise record for assists by a D-man in a postseason game — and with none other than Sergei Zubov!

Sure, the Predators spoiled the shutout midway through the third as one of their few sustained offensive zone pressure sequences of the evening saw Roman Josi threading a blocker-high wrister through traffic for his second goal of the playoffs.

Missing out on all that fun — at least on the offensive end — was your boi Miro Heiskanen. Ten players recorded at least a point in last night’s outburst, and Miro wasn’t one of them.

Truth be told, we’re kind of relieved Heiskanen had a quiet night? Think about it: The Stars’ best playoff performer to date only tallied 21 minutes in the win, which means plenty of nap time and sippy cup juice for the youngster.

Observations About The Predators.

1. Well, Ol’ Slew-foot Subban is back to his dirty tricks. You might remember his “accidental” high stick on Jason Dickinson that drew blood (and went uncalled) in Game 1, his weird bear hug/straddle from behind interference move on Radulov in Game 2 (that went uncalled), and his constant diving and attempts at drawing penalties (none quite as classic as this one). And now a no call on this bullshit? Apologies to the NHL, but that really is some suspension-worthy shit.

That’s crazy, I wonder why…. pic.twitter.com/v5k9pfmPfW

2. The usually steadfast Mattias Elkhom can’t stay out of the box in this series, huh? In four games, the quality defender has racked up 10 penalty minutes on what have mostly been boneheaded plays on his part. Still, he’s always shocked when called for an infraction, despite his constant parade to the penalty box. We enjoy that very much. It gives us a chuckle to watch him glide past the refs with his mouth comically agape. It reminds us of Tim Duncan. Anyway, we’re all about him being out of sorts. The Preds’ D is better with the puck than without, and the longer Dallas can keep them hunting rather then gathering, the better.

3. The Predators are mentally rattled! Maybe the collapses of postseasons past is occupying their head space? Perhaps watching other top-seeded teams struggle against lower seeds across this year’s playoffs is giving them doubt? Either way, they don’t seem to be a cohesive bunch. Even in its wins in this series, Nashville is struggling to put together a coherent, full-game effort. The Preds’ frustration is most evident in their constant committal of infractions. That’s crazy: Don’t forget that the Predators were one of the least penalized teams of the regular season.

Observations About The Stars.

1. Any doubts over Roope Hintz being a true second-line center have been completely abated at this point as the 22-year-old continues to impress with his 200-foot effort and offensive flair. We really love watching Roope and Zucc zip around the ice with their lettuce waving in the wind behind them, and we really hope to see these two together in future seasons should Zucc re-sign with Dallas this offseason. (Pretty please?)

2. Jamie Oleksiak is playing a simple and methodically physical game right now, and we are, like, totally here for it. The 6-foot-7 D-man is skating within his abilities and not overextending into suspect positioning, and his capacity to calmly and cleanly extinguish the opposition’s forecheck has been a key development on the third D-line pairing. We hope he can sustain it.

3. Rookie bench boss Jim Montgomery and the coaching staff are really doing a solid job making adjustments, aren’t they? Problem areas are getting addressed! Also, we love the plays the Stars have been running off the face-off — in particular the ones where the centerman intentionally loses the draw, pushing the puck forward to clear the zone and create an immediate counter-attack. It’s like the old Mario Lemieux trick, but in the defensive zone!  NOOOOIIIIICCCEEE!!!!