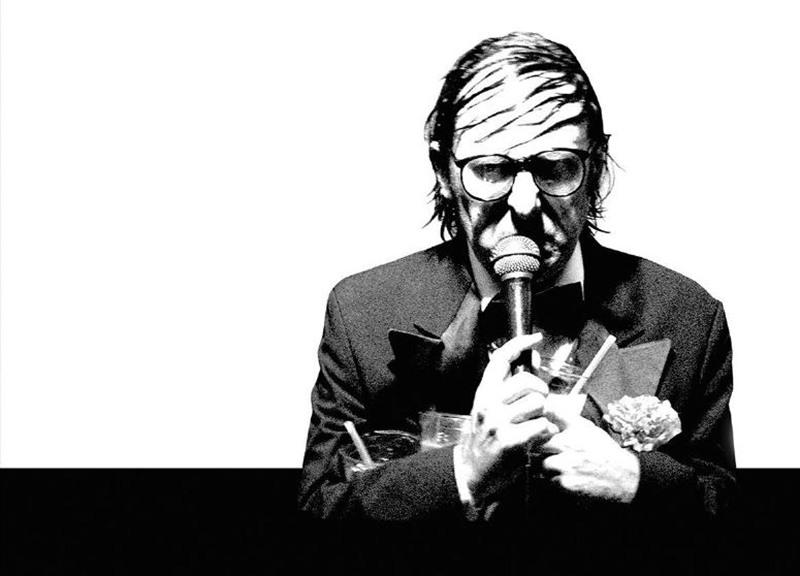 Entertainment Is An Unflinching Look At The Dark Disparity Between Comedy and Laughter.

Comedy is a fascinating thing.

For one thing, it's always a point of contention in the mainstream. Despite the successes of Richard Pryor, George Carlin and even Louis C. K., it seems articles are constantly being published and decrying certain kinds of comedy, about about what kinds of jokes are and aren't in good taste.

Even Jerry Seinfeld, the most vanilla comic there is, is these days getting flack for criticizing the politically correct environment that plagues comedians.

Maybe that's why the field of comedy is so ripe with depression. I won't even bother listing the many great comedians who have passed away due to depression/suicide or overdoses.

Director Rick Alverson's unflinching latest feature, Entertainment, dives headlong down this uncomfortable path. It follows (an exaggerated version of?) comedian Gregg Turkington, utterly depressed and sad, as he tours his grating Neil Hamburger lounge comic persona across the American Southwest. People hate him and his act.

Given that Alverson's previous effort, 2012's The Comedy, featured one of the most loathsome and grating characters in recent memory, it's a good fit.

On the surface, this movie is about a quiet man who can barely muster the energy to look at people in the eye and how he transforms into his grotesque, as confrontational-as-it-gets persona. The Neil Hamburger persona is a fascinating due to his downright antagonistic attitude. Everything about him is a contradiction, too: He wears a suit to look classy, but it's ill fitting and loose; the fact that he rocks a purposely greasy comb-over doesn't help things, either. He makes some insanely funny and crude jokes, but they're delivered like playground knock knock jokes that have taken a crude turn. )One example: “What is the difference between Courtney Love and the American flag? You wouldn't piss on the American flag.”) These contradictions extend to Turkington himself, too. He appears to be a devoted father, but he's also just one of the saddest-looking people you could imagine. He's constantly slouching and slow. In the rare times in which he interacts with other people, he wears a distant look in his eyes.

The movie does have something to say about art and the relationship it has with its audience. For instance, never once throughout the entire movie does a Neil Hamburger performance elicit a single laugh from its crowd. Does that make Turkington's art any less valid? Therein lies the question.

Despite how dreary the movie is it's beautifully shot and put together. Entertainment takes the full advantage of the widescreen through its walks alongside gorgeous rock formations or the tours it shows given at cheesy roadside traps. The somber and dour score, meanwhile, is relentlessly punishing in how it crafts the film's mood.

As the film progresses, it gets increasingly surreal, outlandish and psychedelic, much to its own detriment. On the whole, Entertainment is so intense and so strange that it's hard to say that if this film will ever find the audience it hopes to reach.