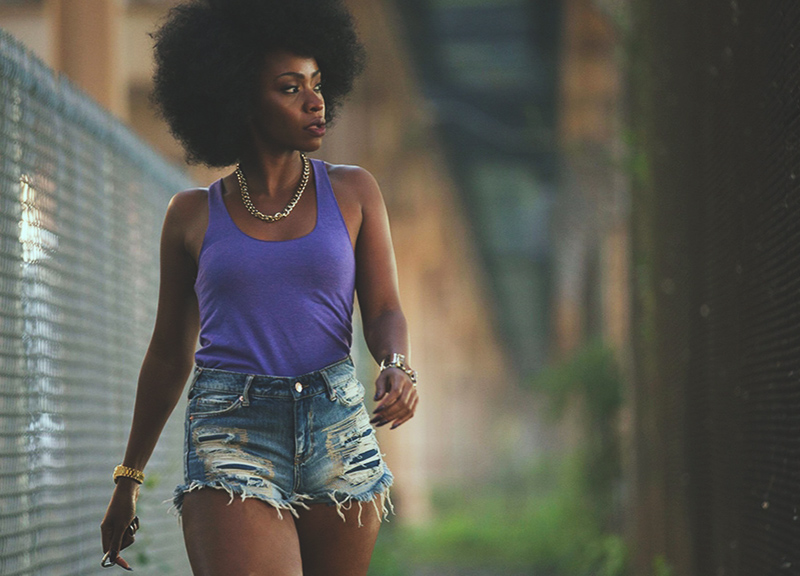 So the news kinda sucks right now. Everyday, it seems there's a new story of a shooting at a school, a church, a clinic. People are taking their aggression out on each other, and they're leaving collateral damage behind in the wake.

The left spouts off how we need gun control, but the right claims it's not the guns' fault.

It's a total mess, and, worse, no one can agree on how we should start cleaning this mess up.

Spike Lee's latest film, Chi-Raq, attempts to confront and talk about the problem of violence in America. Actually, talk is too nice of a word: Lee cut the wound open for all to see; he lays it all out on the table and doesn't care what anyone thinks.

He has a message, and that message will be heard.

Chi-Raq is about rival gangs in Chicago whose fighting is getting so out of hand, young kids are dying just because they happen to be in the wrong place at the wrong time.

But instead of using traditional storytelling to push along this narrative, Lee instead utilizes the plot of Aristophanes' Lysistrata and makes the classic Greek tale the backdrop to his satirical modern tale about gang violence.

The results are nothing short of brilliant. Lee weaves lyrical and rhythmic speech throughout his film, bringing about a certain theatrical quality to the proceedings. Sam Jackson acts as our narrator, breaking the fourth wall and bringing a welcome break from the intensity. And it is intense: The film builds and builds on this epic tale by adding more and more tension with each new act.

But it's not all about the theatricality of the production. Lee pulls some remarkable performances from his stars here.

Nick Cannon is believable as one of the lead gang members, a guy who also just so happens to go by the name of Chi-raq.

Tyonah Parris plays his girlfriend, Lysistrata, who's so sick of his gang antics and the wars with other gangs that she brings about a sex strike with all the other gang member's girlfriends, along with all of the ladies of Chicago. Their message: Until the fighting stops, there wil be no sex for any man. Parris is absolutely fierce as Lysistrata. She absolutely carries the film in this leading turn. But it's not just because she's so strong; she also shows off a compelling, vulnerable side, too.

Another standout performance comes from John Cusack, who plays as the local Baptist preacher. I know: Not a sentence you typically would read. But rather than eccentric and almost caricature-like, Cusack fits in the role, at one point giving an intense, 10-minute sermon in the middle of a funeral that completely changed my opinion on the violence at play in the film.

It's all pretty powerful stuff. One deterrent of the film, though, is the point-blank way through which Lee communicates his message. There is no subtext. Lee is very blatant with the images he paints and the words the characters say. At some points, it all feels a little too obvious. But, on the other hand, it's just the style of the film, and it neither take away the quality of the work nor the impact of the film.

Really, Lee was smart to tell this story in such a stylized way. This could have easily been written off as just another think-piece movie about violence in America. Instead, Chi-Raq stands as a memorable and powerful film that will undoubtedly leave audiences with a lasting impression.