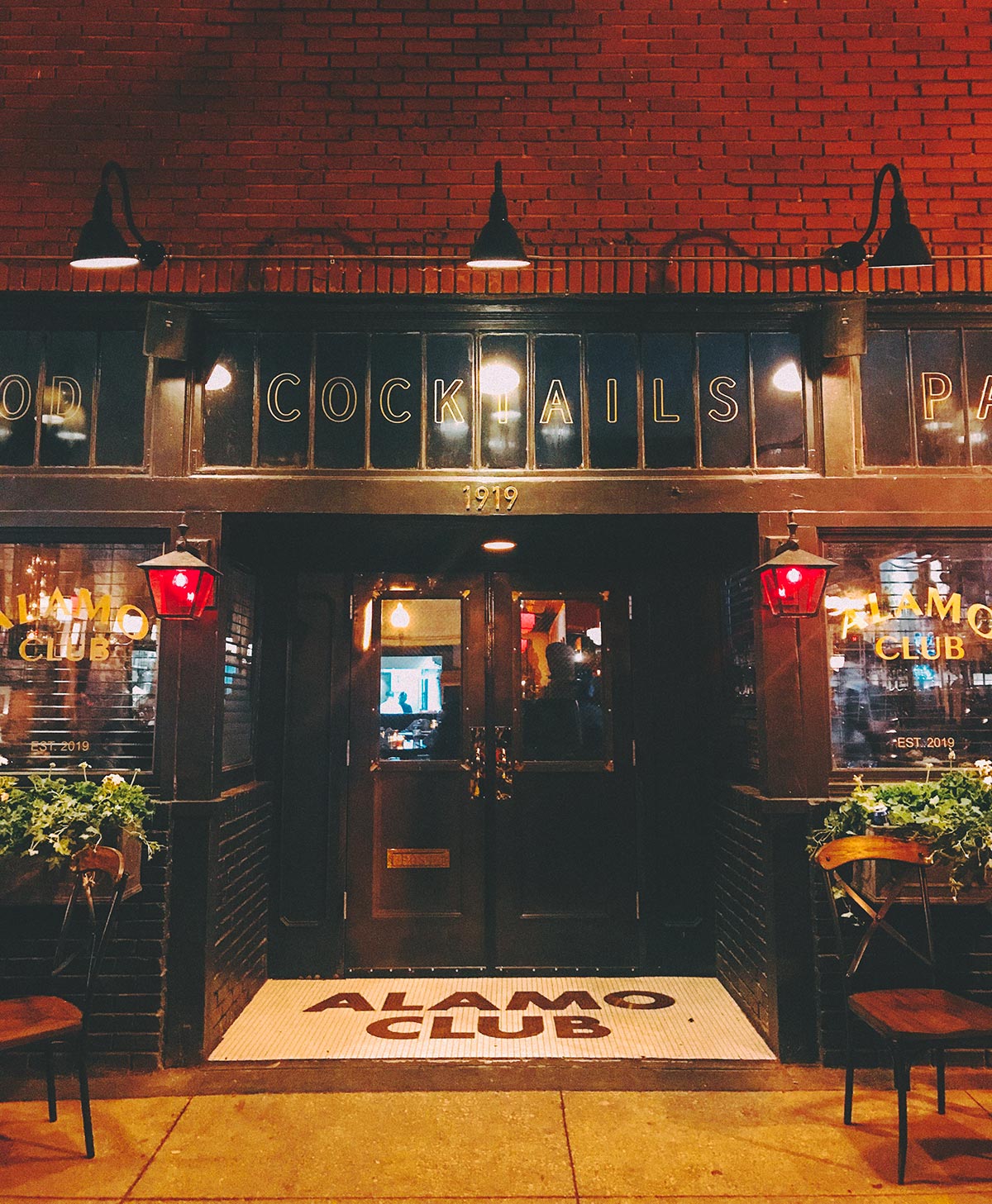 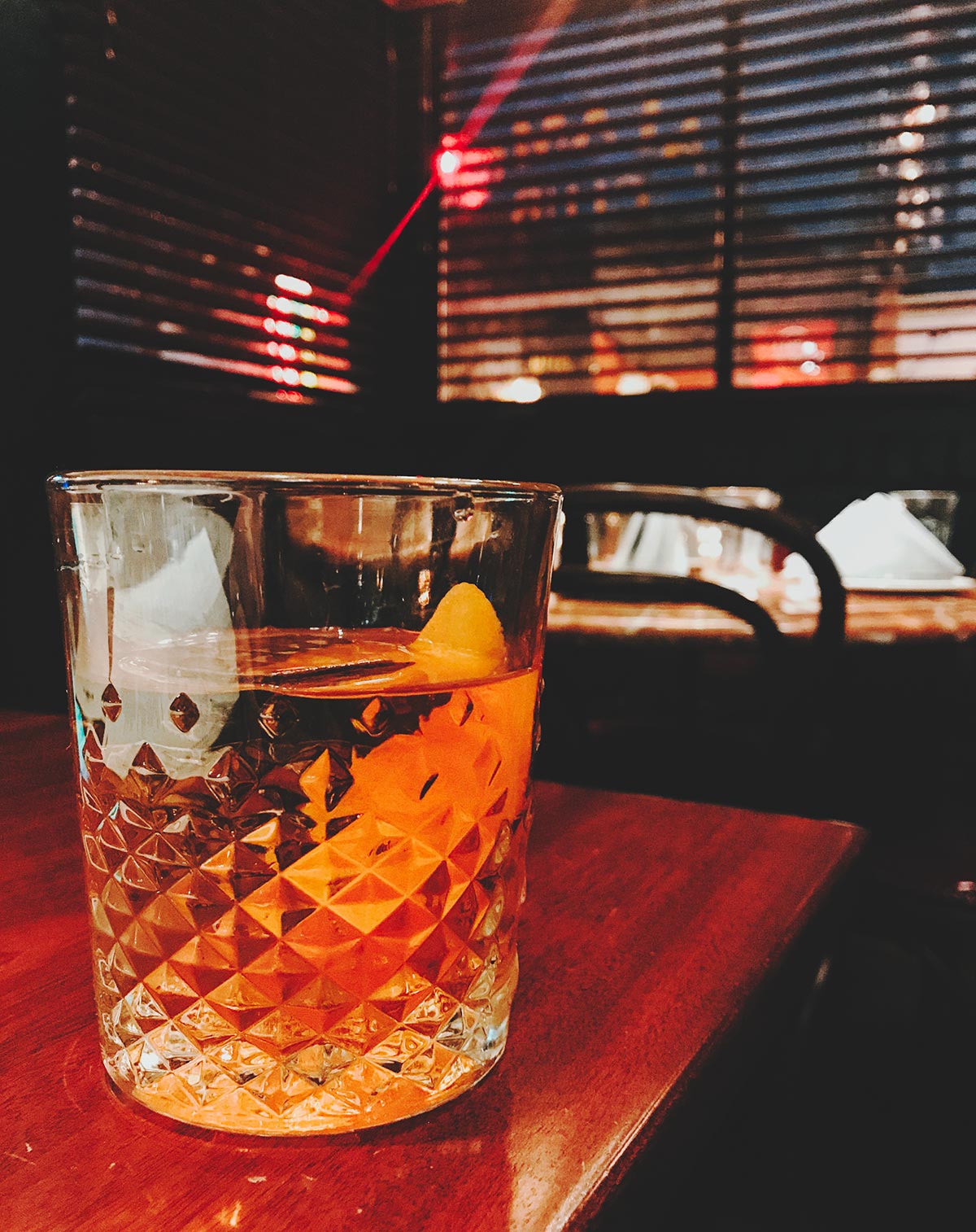 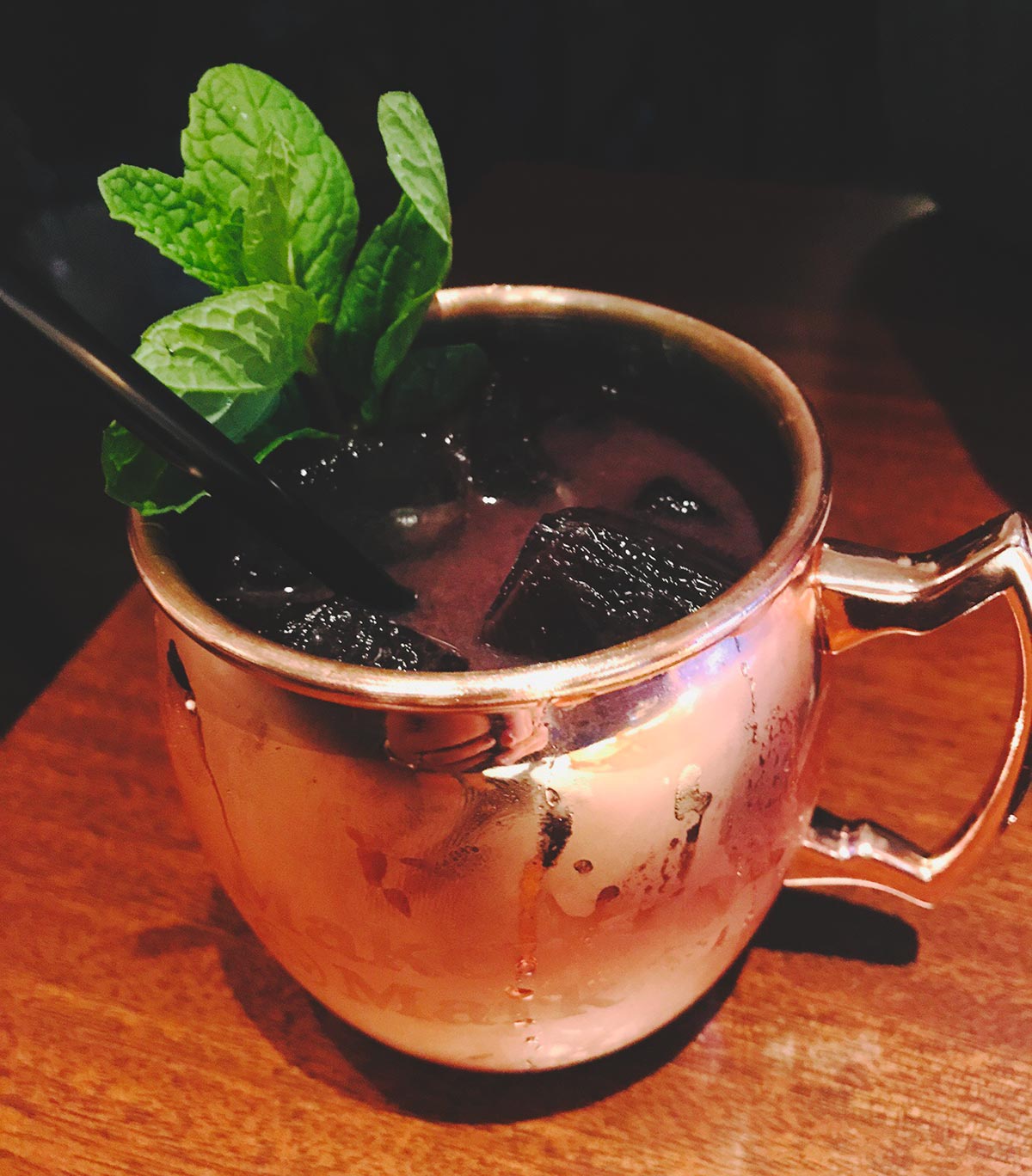 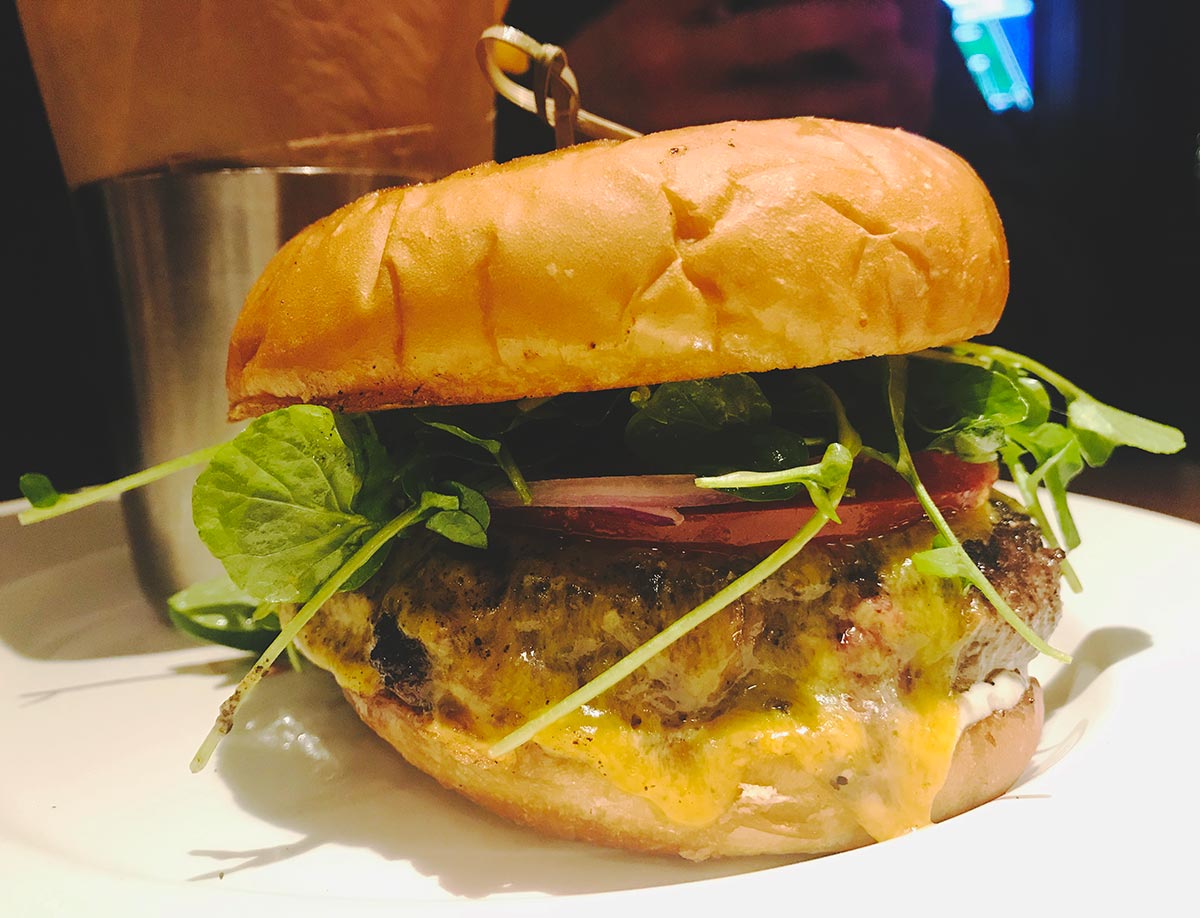 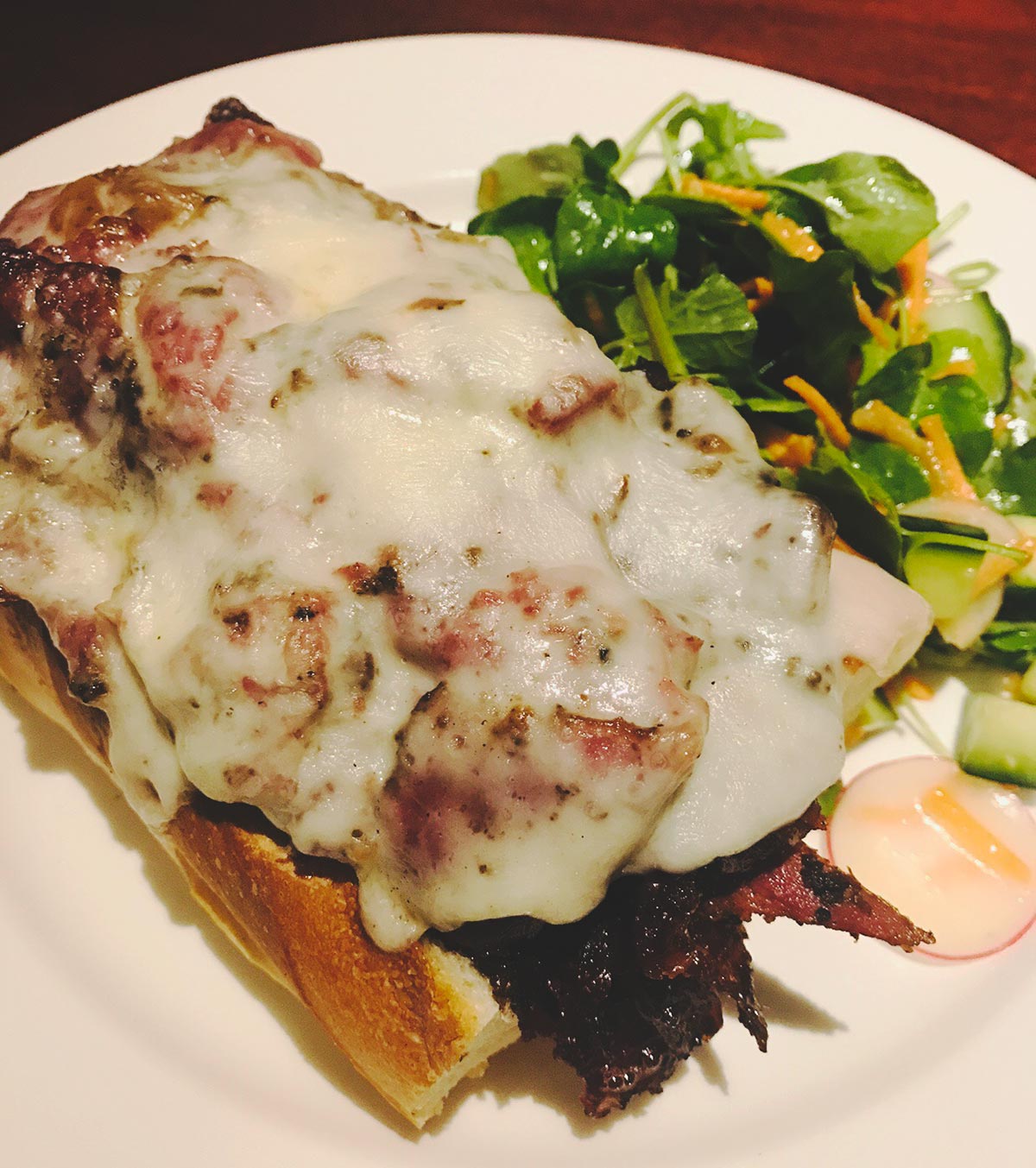 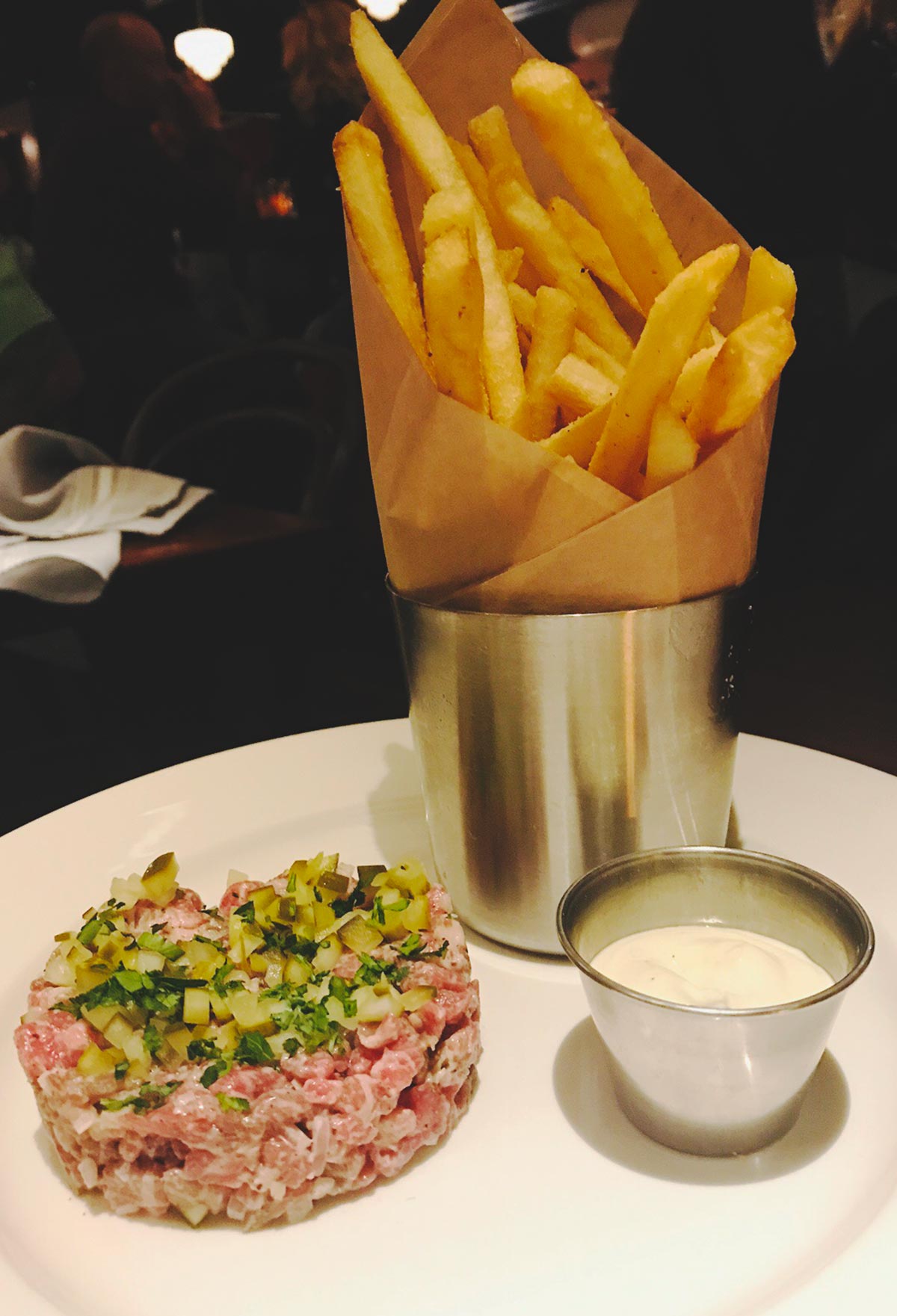 The Greenville Avenue Spot That Once Housed Blind Butcher Gets Another Shot With A New Owner Who Hopes Upscale Dining Is The Right Fit For The Neighborhood.

Two red lamps mark the entrance to sexy new Alamo Club, which sits now in the space where the beloved Blind Butcher once stood.

After that sausage-loving pub closed its doors last June, there was all kinds of hand-wringing over what, if anything, could truly replace it. Well, Nick Badovinus scion Austin Rodgers thinks he’s settled on the answer with Alamo Club, which recently opened in that 1919 Greenville Avenue address and, according to its own website, is taking on an “upscale restaurant and bar” model — albeit with a more neighborhood-focused twist.

The brainchild of Rodgers, a former Town Hearth general manager who’d previously put in time at Nick & Sam’s, Offsite Kitchen and Neighborhood Services, Alamo Club is aiming to cure what ails Lower Greenville with, really, what amounts to a simple plan: Create an upscale, friendly, even Cheers-esque bar that serves American food and classic cocktails — and serves those things impeccably well.

Well, the early returns on Alamo Club are in, and they’re big. We’re talking two hour-long wait times on most nights.

There are two reasons for that: 1) Alamo Club doesn’t take reservations, and 2) like Blind Butcher before it, it exists a fairly small space that’s made even smaller when a cold front blows through and renders its patio unusable.

Still, Alamo Club might be worth that kind of wait. With a well-designed cocktail menu that makes guests want to try a few and stay a while, Rodgers seems to have stumbled upon a perfect recipe for restaurant popularity. Inside, on any given night, guests who don’t mind a little dilly-dallying are rewarded with slight twists on classic, un-fussy cocktails and a simple menu of American standards.

The cocktail list at Alamo features classics like a berry-studded mule, a juicy hurricane and a smoky daiquiri. Food-wise, don’t miss the tartare and fries, the burger or the sundae for dessert. Alamo Club chef Kyle Newberry hails from Enotecas and Vespaio in Austin, and bar manager Kyle Buckelew was most recently shaking up cocktails at Los Almas Rotas and Cedars Social.

Their experience is already coming in handy, too, as Alamo Club’s menu has already changed since opening night on February 20 — the result, managers say, of listening to guests’ feedback and reacting nimbly.

Words has it diners can anticipate additional menu changers at Alamo Club, including a pasta dish, a fried chicken sandwich and possibly even pigs in blankets, chicken tenders and another larger cut of meat.

On the drinking side, things currently appear to be holding steady at 15 crafted cocktails, a good number of wines and some fancy (and also not-so-fancy) beers. Seven appetizers, three salads and a couple of handhelds — plus a roast chicken, fish and steak dish — round out the food offerings.

Open daily from 5 p.m. to 2 a.m., the kitchen serves its full menu until 10 p.m. Sundays through Thursdays, and stays open till 11 p.m on Fridays and Saturdays. After that, the spot serves up a shortened late-night bar menu featuring a crispy chicken sandwich, cheese fries, chicken tenders and a selection of chip-and-dip options.

Decor-wise, Davey Crockett quotes and throwback tunes hammer home the all-American theme. More than just a nod to the patriotic design leanings of Rodgers’ mentor Badovinus, these elements mostly seem meant to represent the Alamo Club spirit, which reflect’s Rodgers’ eagerness to please — a refreshing sense, to be sure, in an industry often overcrowded with pretense.

Fittingly, given the long waits in these early days, Alamo Club feels like the kind of place where you’ll want to stay a while.