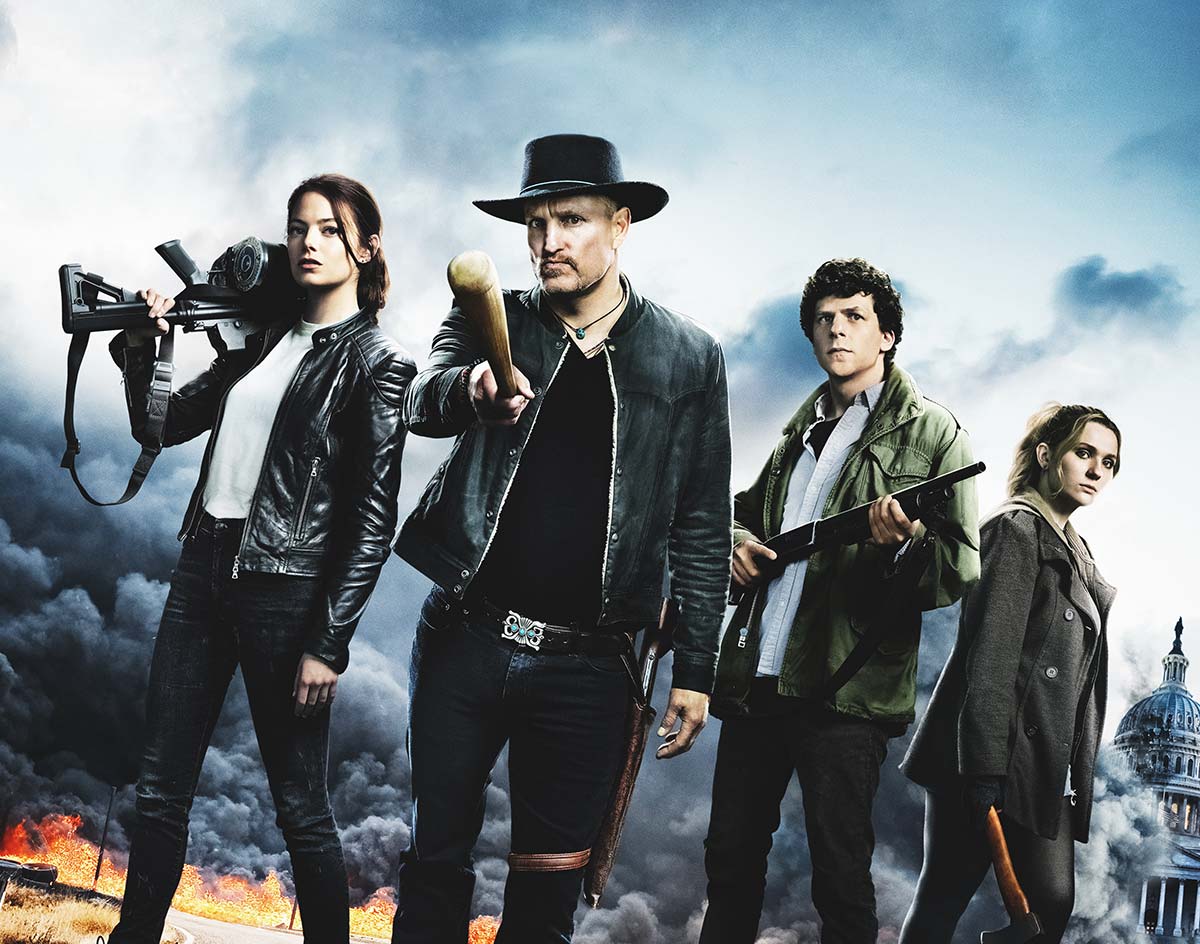 Ten Years After Its Original Offering, Zombieland: Double Tap Emerges To Remind Us That The End Of The World Can Still Be Quite A Good Time.

After years of rumors, Zombieland: Double Tap has finally arrived in theaters a full decade after its original’s release. In that time, its cast has only become more famous and prestigious, but the zombie sub-genre that first brought them together has changed. After entering the full-on mainstream thanks to The Walking Dead‘s domination of the cable television landscape, the once-celebrated zombie niche has become somewhat passe.

These days, zombie movies mostly struggle to feel fresh. Yet, at the same time, they all adhere to the same formula: There’s always an allegorical aspect to the story, a scene where someone denies getting bitten and a rather bleak ending for our protagonists.

So what can a long-rumored and often-delayed sequel to a modestly popular movie bring to the table? Well, a lot of fun, for starters.

There is no allegory for the zombies here. The undead are purely target practice and plot devices — a source of humor, mainly. Zombieland: Double Tap exists simply so we can spend more time with its characters. And it’s the better for it.

We pick up with the makeshift family of Tallahassee (Woody Harrelson), Columbus (Jesse Eisenberg), Wichita (Emma Stone) and Little Rock (Abigail Breslin) about seven years after the events of the first movie. The crew has settled in comfortably at the White House — so much that they’re getting on each other’s nerves, despite the constant zombie presence. Columbus and Wichita are dating, and in a bout of domestic rut. Meanwhile, Tallahassee and Little Rock have a rocky father-daughter dynamic that comes to a head as Little Rock decides she’s old enough for a boyfriend and some friends her own age. When LR and Wichita disappear in the middle of the night and abandon their longtime pals, it’s a good excuse to for the whole gang to get back on the road, killing zombies and searching for Twinkies.

Notions of rationing and re-population aren’t of concern here; only of mild note is the fact the zombies are evolving. This is, at its core, a film about family and friendship, as told by the original filmmaking team so as to ensure it will maintain the same vibe as the original.

Still, Zombieland: Double Tap expand its world some by adding more people to the cast and showing the larger world out there. A particularly welcome addition was Zoey Dutch’s Madison, a ditsy weirdo who survived by staying in a mall freezer for years. She steals every scene she’s in by committing to this character 110 percent in every scene, and bringing a surprising nuance to what could be a very annoying character.

The main cast is typically much the same, which would seem both unrealistic and lazy but is weirdly comforting here. If you tapped into the vibe and humor of the first movie, you’ll get more of the same this time around — just perhaps more self-deprecating and outlandish. Horror fans might come away a bit disappointed, but those seeking a fun film that’s both well-edited and well-shot will enjoy the ride.