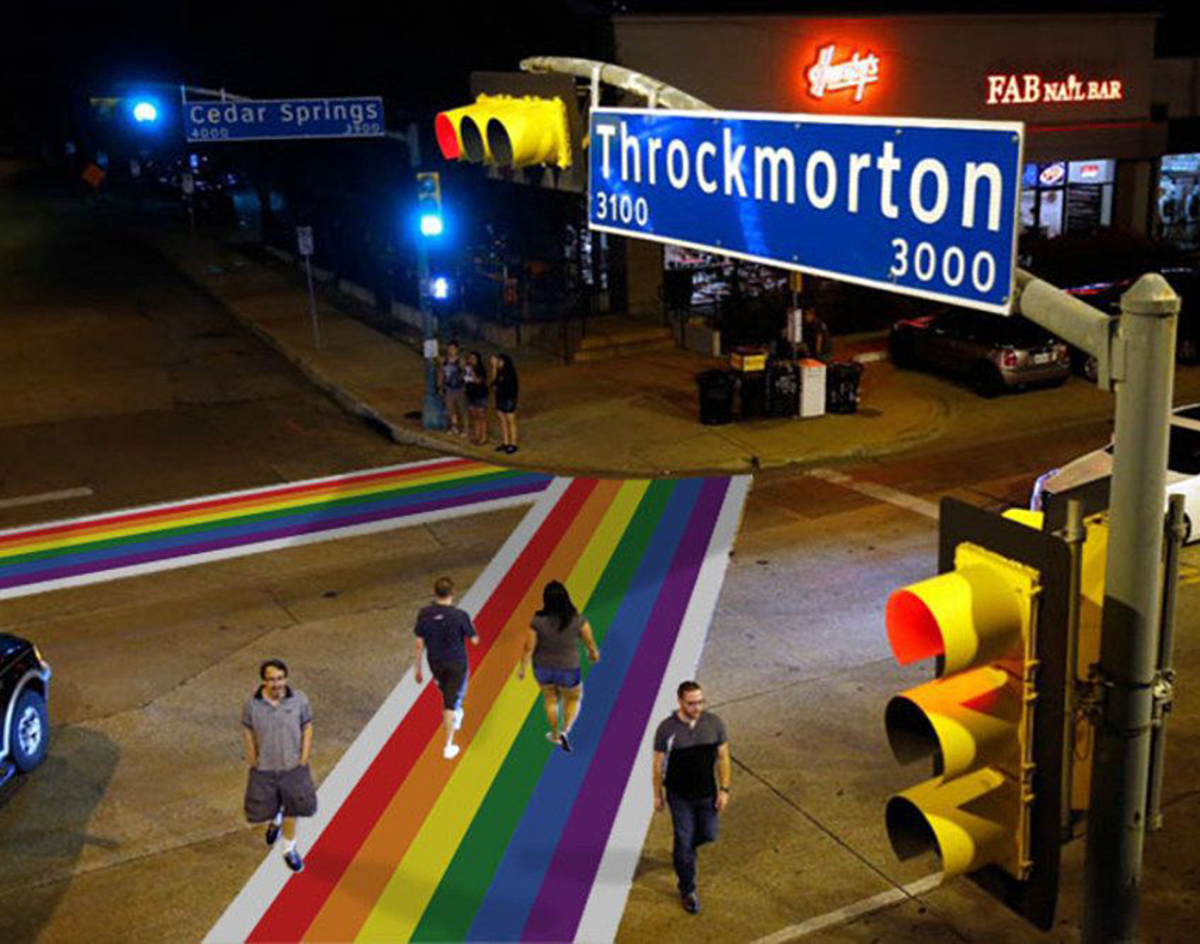 Construction On A Number Of Upgrades In The City’s Historic LGBTQ District — Including Rainbow Crosswalks — Is Set To Begin Later This Month.

Update at 3:12 p.m. on February 25, 2020: Earlier today, construction workers began installing the first of 10 rainbow crosswalks slated to be placed across Cedar Springs Road, and surprisingly somewhat ahead of schedule, actually, as colorful lanes aren’t slated to be fully completed until May. 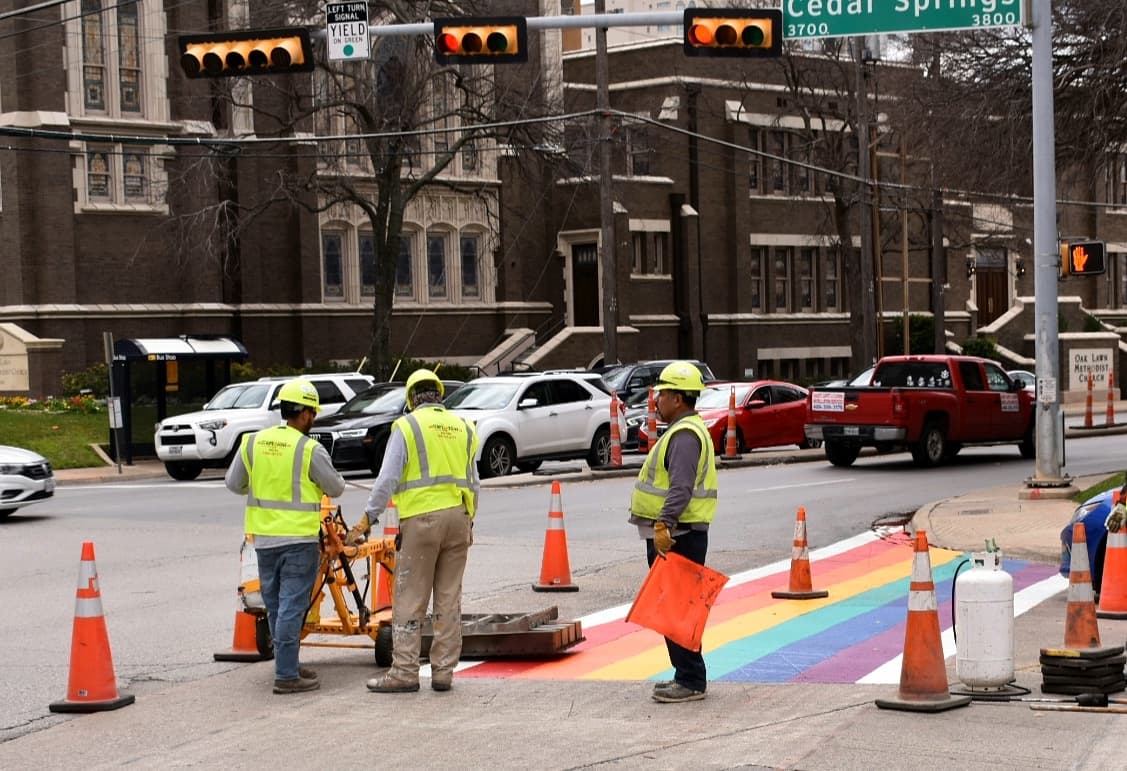 On the other hand: The project getting started today is by no means a promise that it’ll be finished anytime soon — especially considering that it’s just one of many planned improvements slated to soon come to the historically LGBTQ-dominated strip.

When it comes to showing pride for its LGBTQ community, Dallas is about to be walking the walk — and across rainbow-colored crosswalks, no less.

These improvements, which include 10 new rainbow crosswalks, along with sidewalk updates, ramps, pedestrian stops and gateway monuments at the foot of the neighborhood, come as part of a public-private partnership. The Dallas City Council unanimously approved a $1.4 million improvement package for the historic LGBQT district earlier this year using funds stemming from a 2012 bond package. Additional funds have been raised by the North Texas GLBT Chamber Of Commerce Foundation.

Many of those private funds will go toward the $128,000 cost of the crosswalks, which will be installed by May 2020 as part of the last phase of these improvements. Lined along various intersections between Oak Lawn Avenue and Douglas Avenue, they are expected to last 10 years. 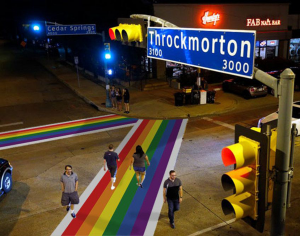 A rendering of the planned rainbow crosswalks.

It should be noted that Dallas isn’t the first city in Texas to roll out the rainbow. The city now joins San Antonio, Houston and Galveston, all of which have already painted rainbow crosswalks in their respective LGBTQ entertainment areas.

Some members of Dallas’ queer community feel the additions are long overdue — among them Angel Martinez, a bartender at JR’s Bar and Grill, which resides on the corner of the strip where four of the crosswalks are set to be installed.

“Honestly, it’s something that needed to be done a long time ago,” he says.

The North Texas GLBT Chamber Of Commerce Foundation says the sidewalks and other additions will send a message of trust and safety to both the community as well as visitors. Additionally, the foundation hopes the changes will help more LGBTQ-owned businesses to sprout along the rainbow-adorned roads.

“It gives us something we can call our own,” Martinez says. “Something to be proud of.”