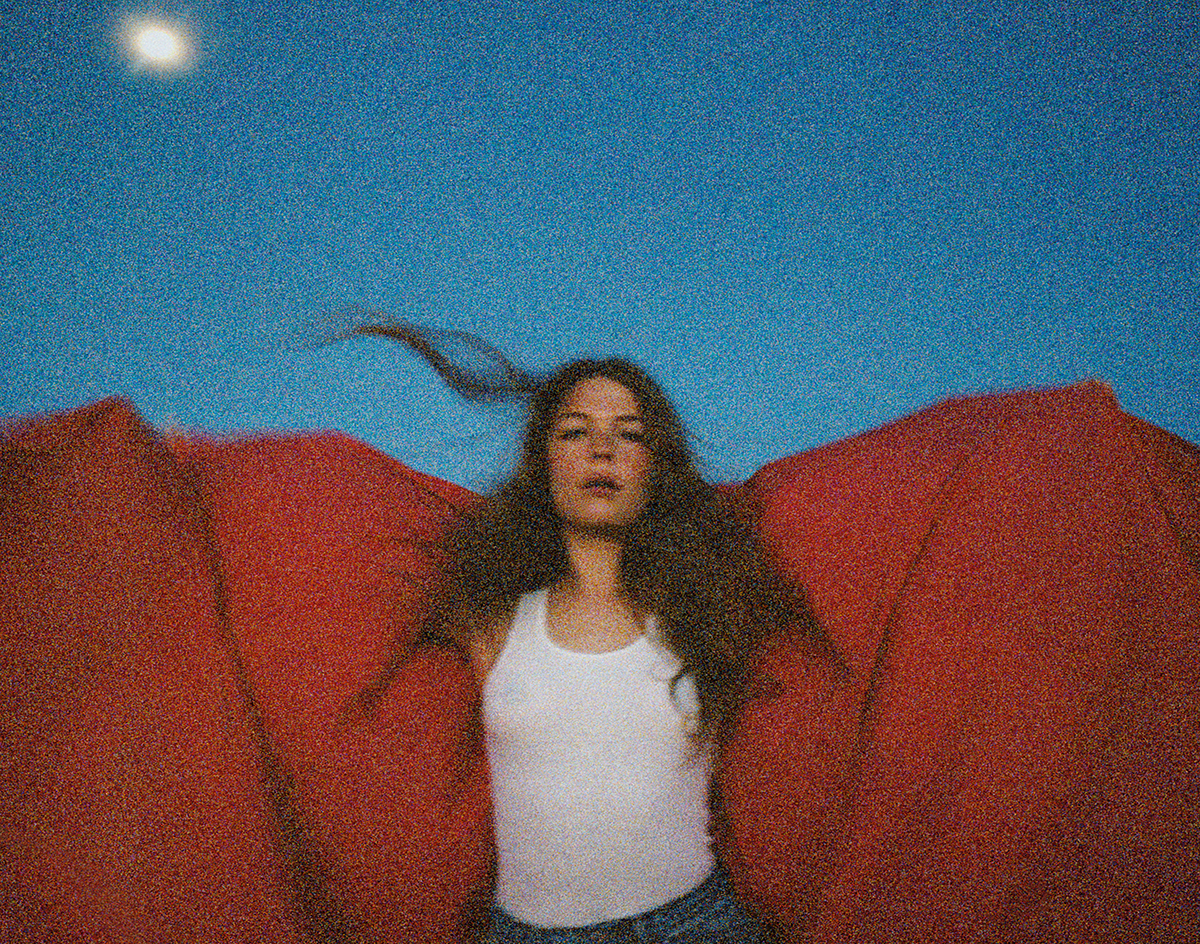 Leave The Light On For Maggie Rogers, Play Your Part With Yella Beezy And Stop By Logic’s Supermarket. Plus So Much More!

This marks his first time at the arena since 2015, back when his spokesperson was UT Dallas graduate Katrina Pierson. When you think about it, this really speaks to how dramatic the past three years have been, as 2015 now seems like some kind of halcyon gilded age. If only we knew then.

The gathering of every single person you muted on Facebook three years ago comes at a tumultuous time for Trump’s administration, as impeachment talks ramp up, his beloved Fox News even has a poll suggesting the majority of Americans want him impeached and removed from office.

Scheduled for the same day are counter-protests from presidential candidate Beto O’Rourke, as well as groups like the Democratic Socialists of America and We Vape We Vote. Trump really messed up when he decided to come for their vapes, huh?

Tensions are sure to be high (traffic congestion too, probably), but you can still find refuge from the chaos with our list of cool things going on around Dallas this weekend. — Daniel Valdez

Maggie Rogers at Bomb Factory
Maggie Rogers catapulted to stardom in 2016 when she performed “Alaska” to Pharrell Williams during a graduate course at NYU. The rest is history. — GG

Yung Gravy at House of Blues
Following a succession of sold-out gigs at Dada and Trees, the “1 Thot 2 Thot Red Thot Blue Thot” rapper makes his third Dallas appearance at House of Blues this fall. — GG

Logic at The Pavilion at Toyota Music Factory
Young Sinatra has encountered a deluge of negative press with his recent soundtrack album, Supermarket. But he seems rather undeterred. Either way: Bobby Tarantino will be paying us a visit with J.I.D and YBN Cordae along for the ride. — GG

Plague Vendor at Three Links
Plague Vendor will return to Three Links this fall in support of its new LP By Night, which was released last week via Epitaph Records. And, alt-indie outfit No Parents — fresh off a career-defining Los Angeles show with Flipper and Mike Watt — will open the show. — GG

Max Bemis at Club Dada
The Say Anything vocalist has devoted increased focus on his solo career over the past decade. For this, he will play solo and perform a set with Perma, the project he started with wife Sherri Dupree-Bemis of the band Eisley. Museum Mouth opens. — GG

Danny Brown at Canton Hall
The Detroit MC has carved out his own lane by blending profanity, absurdity, and poetry over truly next-level beats. If you’re a fan of left-field rap, you shouldn’t miss this. — DV

Badflower at House of Blues
Badflower has opened for bands like Greta Van Fleet and The Struts, which should give you an idea of the amped-up hard rock these guys make. — DV

The Nirvana Experience at Trees
On October 19th, 1991, Nirvana played a raucous gig at Trees where they clashed with venue security (you can even find the show on Youtube). For the concert’s 28th anniversary, Trees will host a Nirvana tribute act, as well as tribute bands for Alice in Chains and Soundgarden. — DV

Cristela Alonzo at Granada
Cristela Alonzo actually  got her stand-up start at venues like the Addison Improv, now she’s returning to her old stomping grounds to play a much bigger venue. — DV

KRS-One at Gas Monkey Live!
Run DMC tends to hog the credit for NYC hip-hop, but KRS-One and his Boogie Down Productions crew left an indelible mark on east-coast rap. Respect your elders. — DV

Too Many Zooz at Deep Ellum Art Co.
This dance-funk group got its first big break through a viral video of it busking in the New York subways. It really should’ve performed a set at a DART station to honor their roots. — DV

SVDDEN DEATH at Stereo Live
“Sell out” with this rising “riddim” dubstep producer at one of Dallas’ most EDM-friendly venues. — DV

Disco, TX presents Euphoria Halloween Party at Ferris Wheelers
This Halloween dance party is themed around the hit HBO series “Euphoria”, cuz there’s nothing scarier than what the youth are up to these days. — DV

Tenacious D at Bomb Factory
Neil Hamburger will sadly not be opening for Jables and Rage Cage like he did when he famously insulted and baited the duo’s impatient fanbase at Madison Square Garden. Still, Jack Black and Kyle Gass are a treat. The latter’s country outfit, Wynchester, is slated to open. We’re still hoping America’s Funnyman will be added to the tour in the future, but even if not, this is still exciting. — GG

Blue October at The Pavilion at Toyota Music Factory
Catch the Houston post-grunge band in a setting that isn’t Jerry World this time. — GG

Super Mega Live! at Texas Theatre
Matt Watson and Ryan Magee run a YouTube channel that focuses on gaming. Think PewDiePie, but without all the latent white supremacy. — GG

Legendary Pink Dots at Three Links
The London experimental rock band is celebrating its 40-year anniversary — and should be playing a much larger room for it, frankly. — GG

Josey Records 5th Anniversary Celebration
The death of the record store has been greatly exaggerated. Josey is honoring 5 years in Dallas with giveaways, storewide discounts, and (of course) live music. — DV

Cherub at Granada Theater
Leave your “doses & mimosas” at home to see this electro-pop duo. — DV

Julia Michaels at House of Blues
Songwriting prodigy (“Sorry” by Bieber, “Hands to Myself” by Selena Gomez, among others) turned rising pop-star. — DV

SHAED at Club Dada
Zayn Malik recently hopped on a remix of the electropop group’s single “Trampoline,” so it probably won’t be playing venues this cozy for long. — DV

Hovvdy at Ruins
Sometimes you just need some slow-core for the soundtrack to your Saturday. Austin’s Hovvdy has got you covered there. — DV

Figure at Stereo Live
Dubstep firmly in the post-Skrillex school of screeching synths and deafening bass. His remix of the Beetlejuice theme is pretty seasonally appropriate, though. — DV

Penny & Sparrow and Lily & Madeleine at Majestic Theatre
If you want a two-for-one, or just can’t make the show, Lily & Madeleine will be playing a free gig at Good Records earlier in the day. — DV

98 Degrees at State Fair of Texas
The C-tier ’90s boy band is graciously taking time out from playing casinos and EPCOT to gift us with their presence. — DV

Workshop de Los Muertos: Catrinas at Oak Cliff Cultural Center
Gear up for Dia de Los Muertos in a way that’s both fun and not questionably appropriative. Artist Eval Azul is leading this free workshop where you can paint a ceramic Catrina, the brightly-colored skulls that figure prominently in the holiday’s decorations. — DV

Sebastian Bach at Gas Monkey Bar N’ Grill
Fun fact: Skid Row was given an offer to tour with KISS, and Sebastian Bach was the only band member that wanted to do it. The rest of the band objected, prompting Bach to abruptly leave the band and tender his resignation via voicemail. Skid Row, sans Bach, would later go on to tour with KISS in 2000. — GG

Skillet + Alter Bridge at Bomb Factory
The former is a Christian nu-metal band that was all the fuss back when this writer attended a Christian high school. The latter is Creed without Scott Stapp. — GG

Tora Tora at Trees
This ’80s glam metal act is perhaps best known for being on the soundtrack to Bill & Ted’s Excellent Adventure. What are the odds the band is probably crossing fingers to be in the sequel coming out next summer. — DV

GOST at Club Dada
Gothic synthwave to spook up your Sunday. What more could you ask for in time for Halloween. — DV

NF at The Pavilion at Toyota Music Factory
If Logic went to Sunday school every week, he might sound like this. — DV

Yella Beezy & Friends at House of Blues
The Dallas rap breakout is headlining this show in celebration of his PMG label’s one year anniversary. Some other big names are slated to perform, like NLE Choppa, Blocboy JB and Tee Grizzley. — DV

In Real Life at House of Blues
If Beezy’s band of boys isn’t up your alley, then this actual boy band might be. — DV

Gente de Zona at Canton Hall
Canton’s bookings tend to skew indie, but Gente de Zona are a Cuban reggateon act signed to Sony. Hey, gotta spice it up every once in a while. — DV

Little Shop of Horrors 35mm screening at Texas Theatre
In the crowded field of horror-comedy musicals about gardening, this just might be the best. — DV