[Review] Happy Hunting? Not In The Latest Predator Entry. 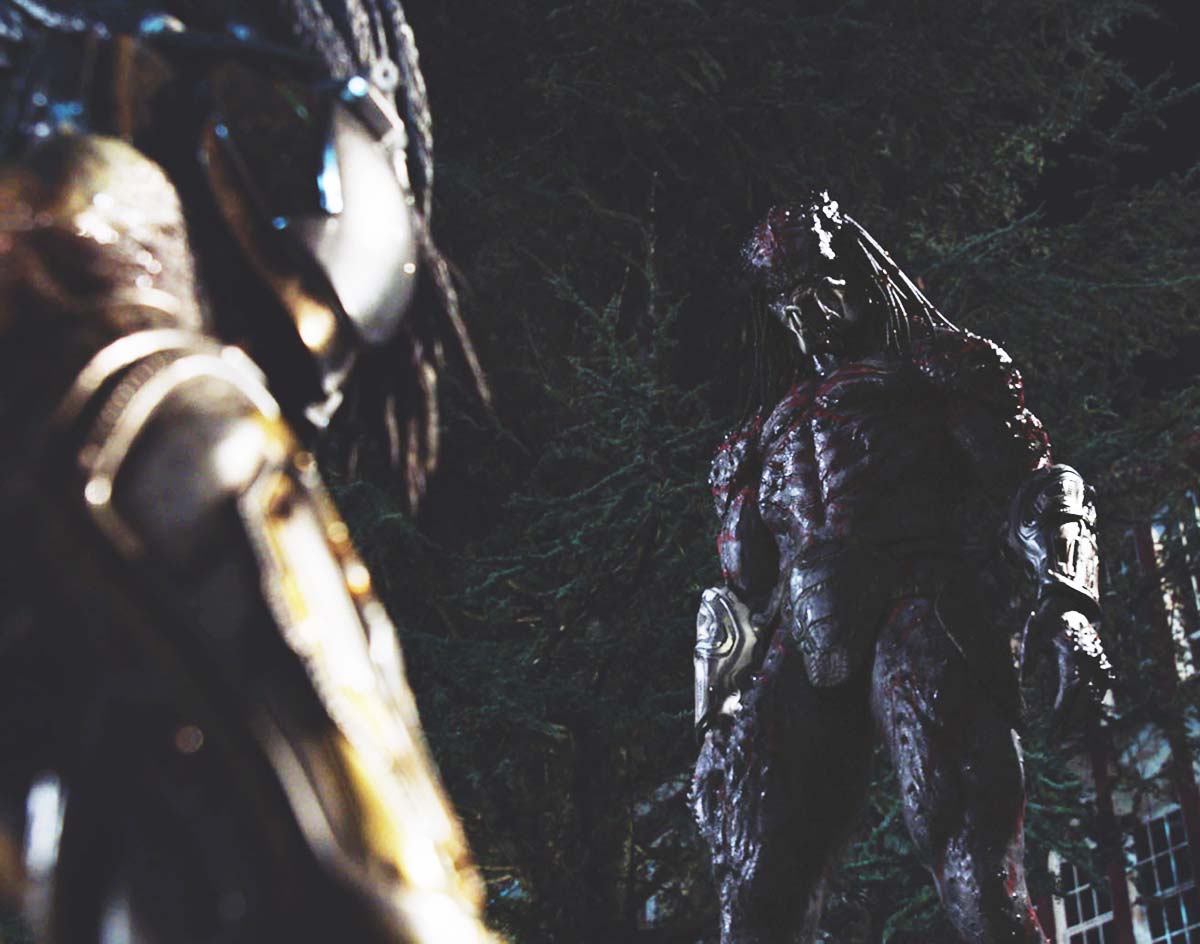 Rather Disappointingly, Acclaimed Writer-Director Shane Black’s Predator Take Doesn’t Live Up To What Fans Of The Series Had Prayed It’d Be.

For such a famous creature, the Predator sure has been mishandled throughout much of its cinematic history.

While the original ’87 joint is both a thrilling man-against-nature tale and a whip-smart take-down of the quintessential ’80s macho action hero, 1990’s Predator 2 is a rather insane take on society’s fears of rising urban crime and the two entries in the Alien Vs. Predator series just took all awe away from the creature, turning it into a laughing stock.

But with the critically revered writer-director Shane Black (Lethal Weapon, Kiss Kiss Bang Bang, Iron Man 3) in charge of the series’ new attempt at recapturing its old glory, could the dread-locked hunter get its groove back?

Black’s Predator is an uneven mix of comedy, thriller and alien ultra-violence that boasts an episodic feel that keeps it shy of achieving its aimed-for status as a consistent whole.

Of course, there’s also some controversy surrounding the movie, what with star Olivia Munn calling out Shane Black for knowingly hiring a registered sex offender for a role in one of the film’s scenes. While eventually cut out of the movie, Black’s decision hire his convicted friend certainly indicates a lack in judgement on his part. And, unfortunately, a lack of good judgement seems to permeate through the rest of the movie, too.

After a military hostage-rescue operation is disrupted in Mexico by a spaceship crash, the Predator emerges and slaughters the majority of the unit carrying out the mission. But Army sniper Quinn McKenna (Boyd Hollbrook) survives, and he even takes some of the alien’s iconic helmet and wrist weapon from the scene. Knowing no one will believe what he’s scene, he then mails those items back to the states, hoping they’ll prove his story. Meanwhile, the head of a shady government agency (Sterling K. Brown) and a newly recruited scientist (Munn) aim to study the Predator itself, which was captured from the scene, and to understand why its blood has human DNA.

Since this is a Shane Black joint, the entire thing takes place during a holiday — Halloween this time, not Christmas — and features a precocious kid in the form of McKenna’s son Rory (Jacob Tremblay). Also present? A ragtag, wise-cracking group of veterans tasked with helping McKena track down the alien once it escapes.

It should add up to a good time, and yet it doesn’t quite reach its goal.

For one, the banter and humor mostly stems from mental health issues like Tourette syndrome, so a lot of the attempts at laughs are just streams of “shits” and “fucks.” While some other efforts at humor land, one would expect someone of Black’s caliber and experience to aim a bit higher and succeed with his jokes more often than he ultimately does.

Never mind, meanwhile, that the script is a bit of a mess with a few confusing plot points that are ultimately explained within the movie but remain so convoluted, you end up thinking too much about what’s happening instead of enjoying it. Other elements, mostly those related to the Predators and their ties with Earth, just make so little sense that it’s not worth bothering to try and wrap your head around them,.

Still, this movie seems intent on trying to “understand” the Predators — and in a much clumsier way than, say, how Ridley Scott did with the Xenomorphs in Prometheus and Alien: Covenant. There’s something about the mystery of an efficient hunting machine that’s awesome when left unexplained. But this movie tries to understand the Predators in ways that don’t add much to the story.

That said, the best parts of the movie are uniformly those featuring the titular beasts, who have not run out of ways of creatively destroying human bodies. There just aren’t enough of them, which is a shame.

At least this film features a Sterling K. Brown performance where the man doesn’t cry his eyes out. That alone is a cause for celebration. It’s worth saying, though, that his is also the best character by a mile. Acting as a calculating but unhinged man on a mission to learn as much as he can about these aliens? That looks good on Brown!

Alas, it’s not a look we need to to see again — not in the form of this series, anyway. Maybe someone will reboot the Predator franchise properly down the road. Till then, this latest effort will stand as just another failed attempt at forcing a revered ’80s property down the throats of modern moviegoers.