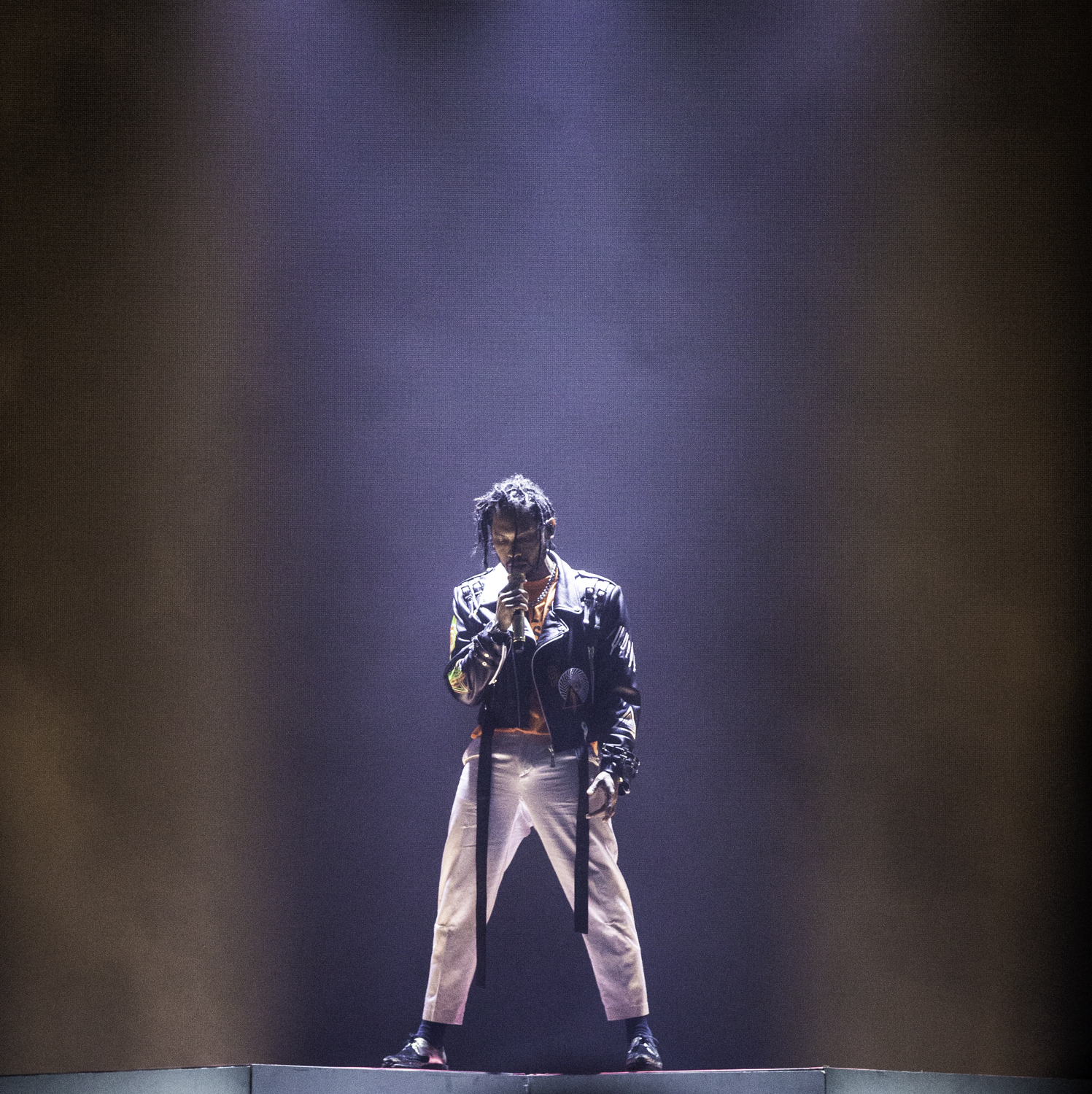 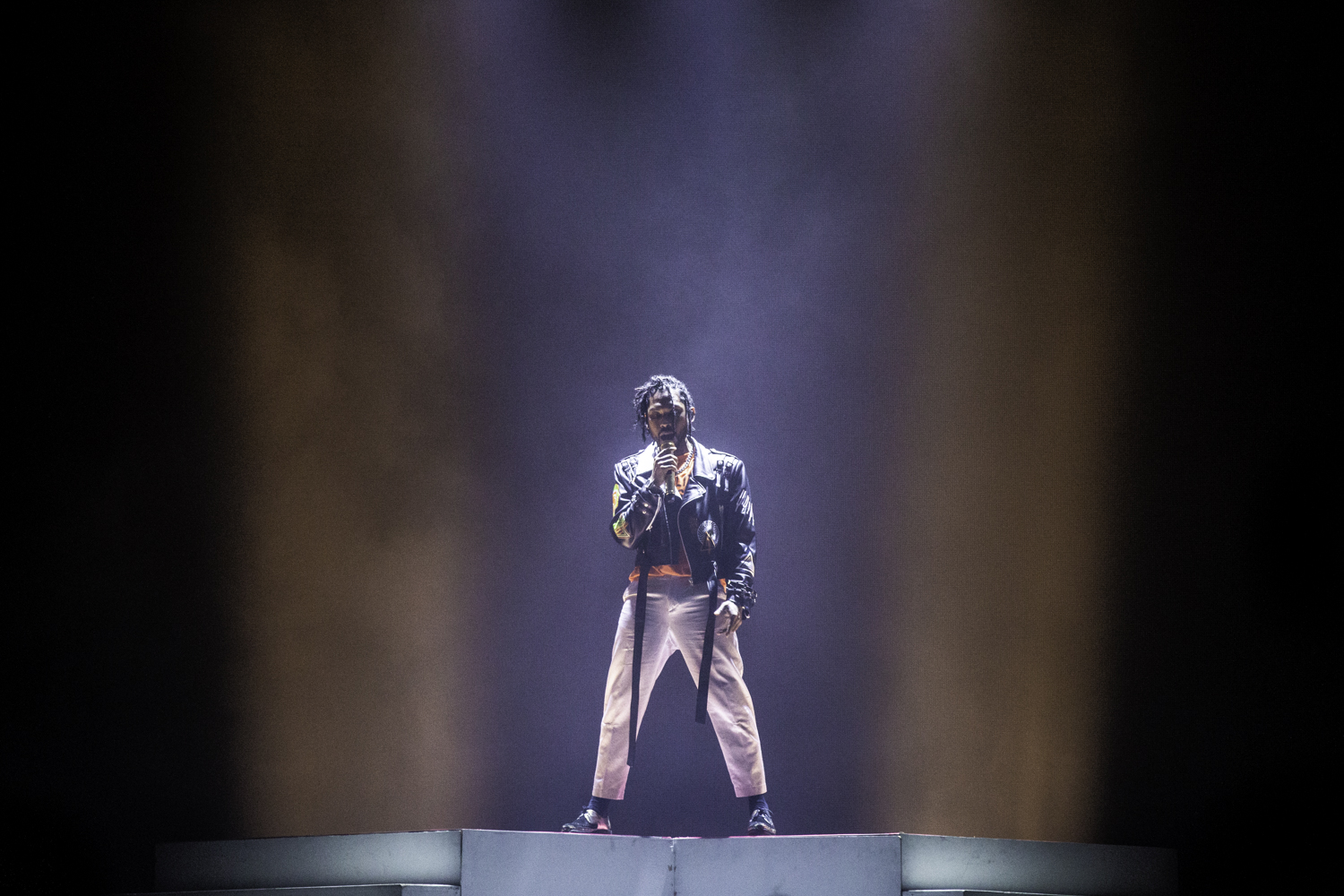 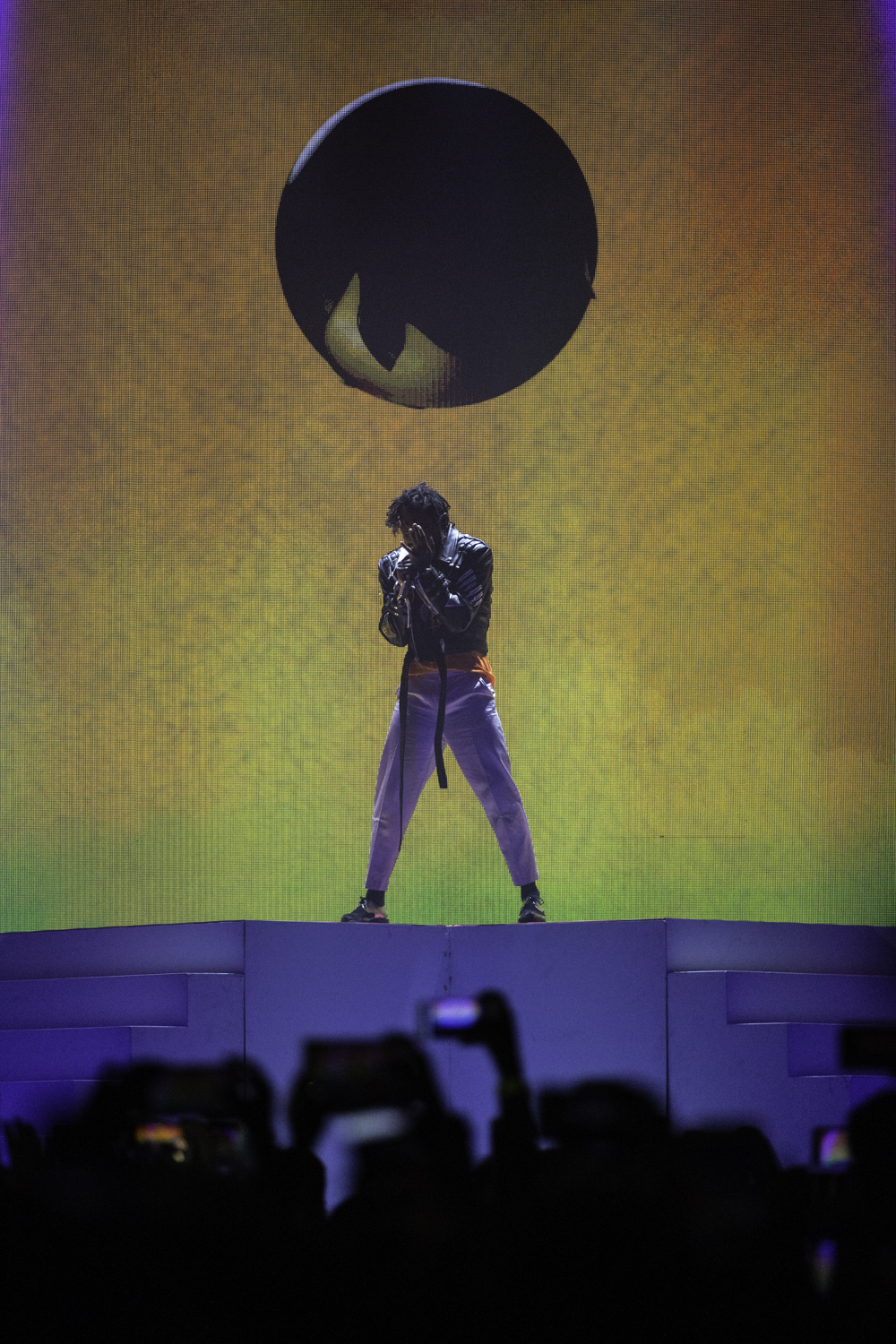 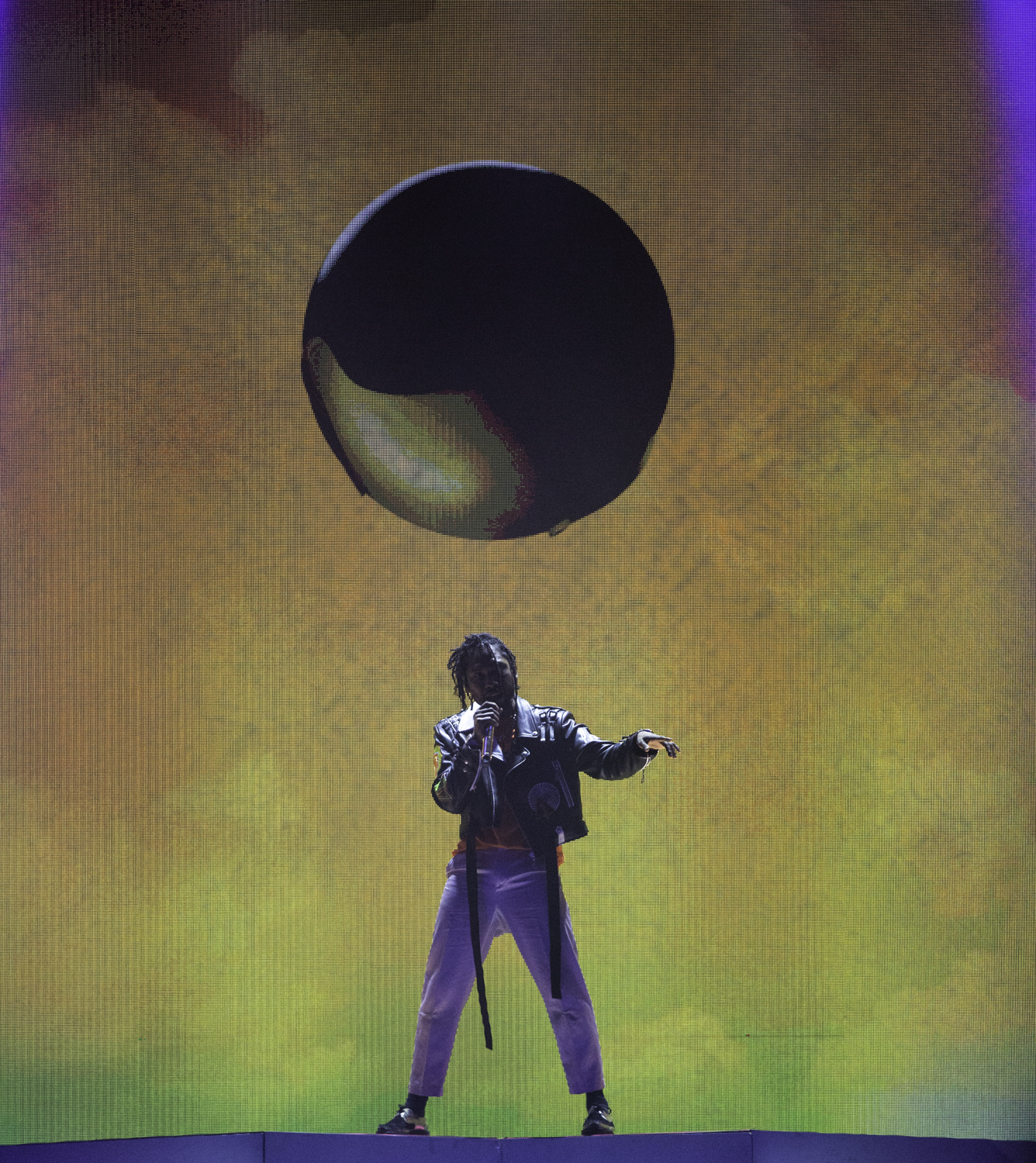 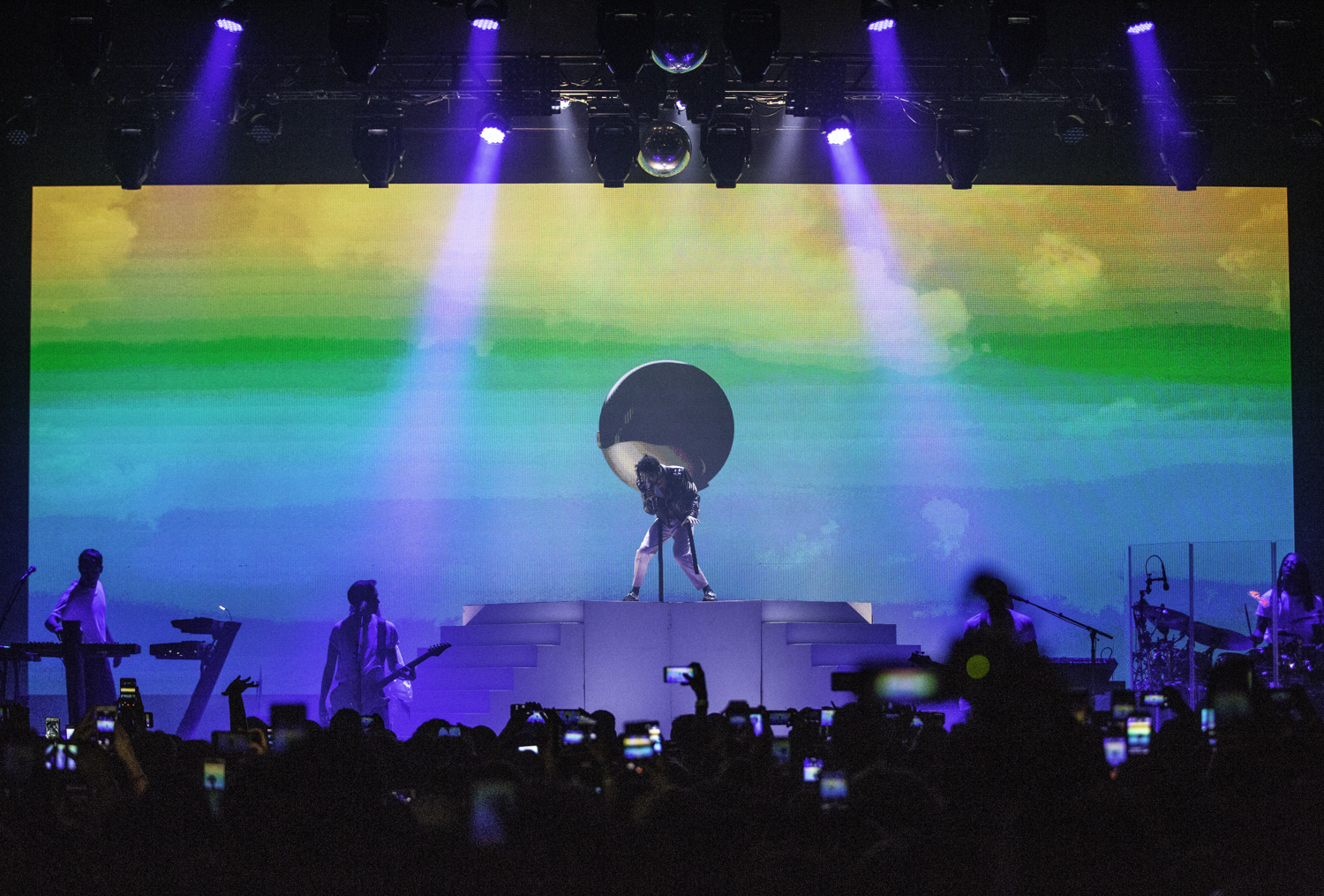 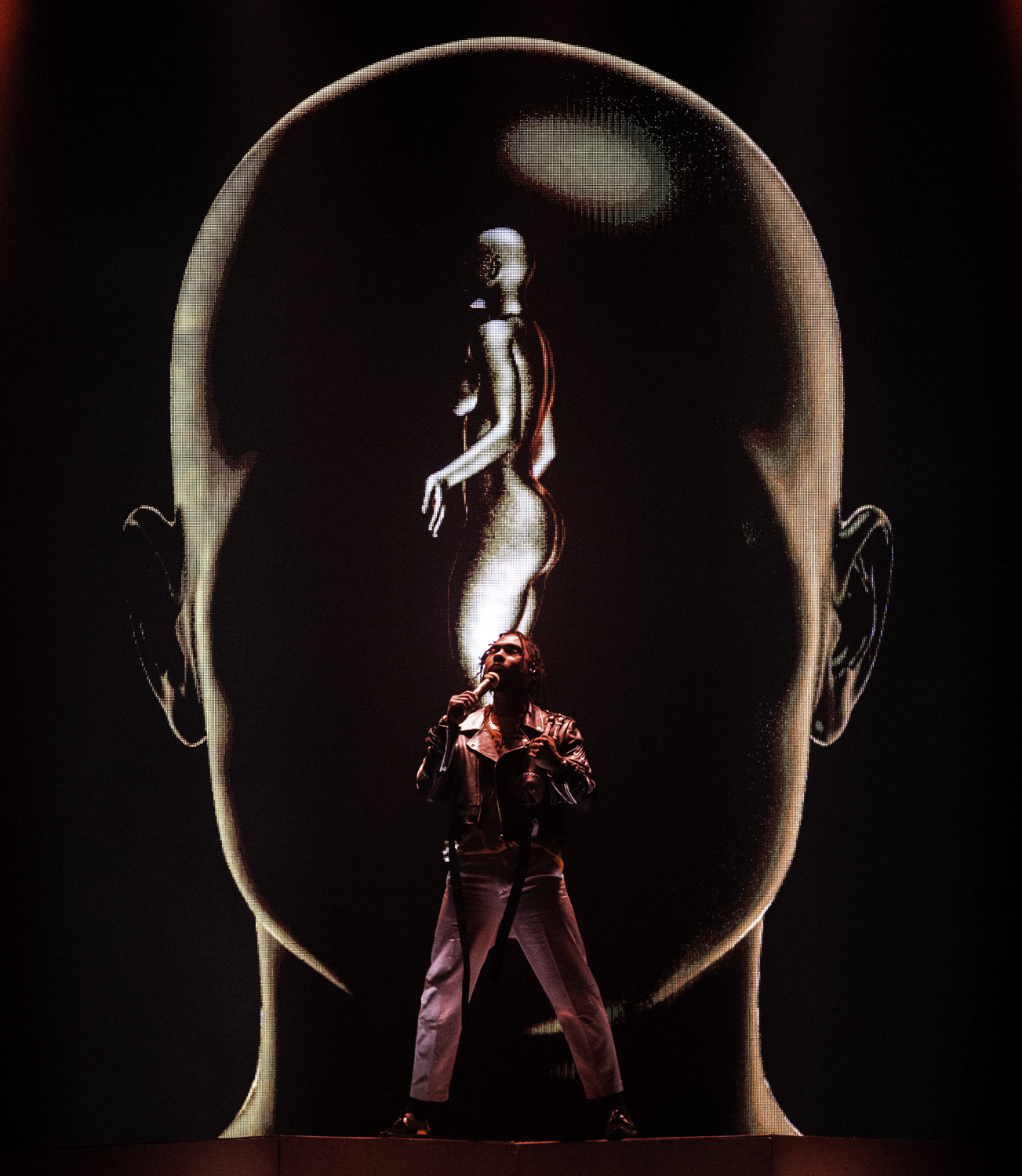 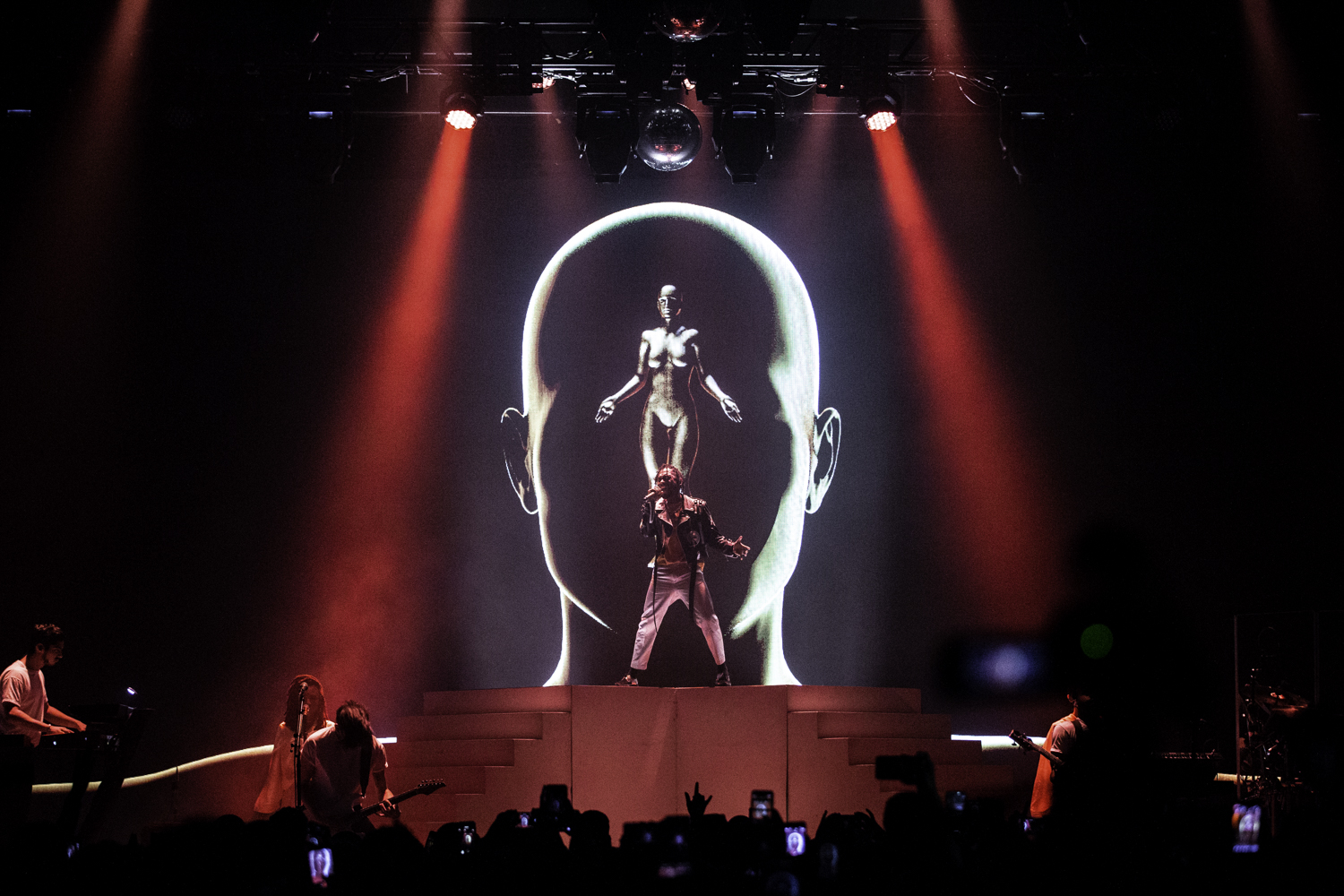 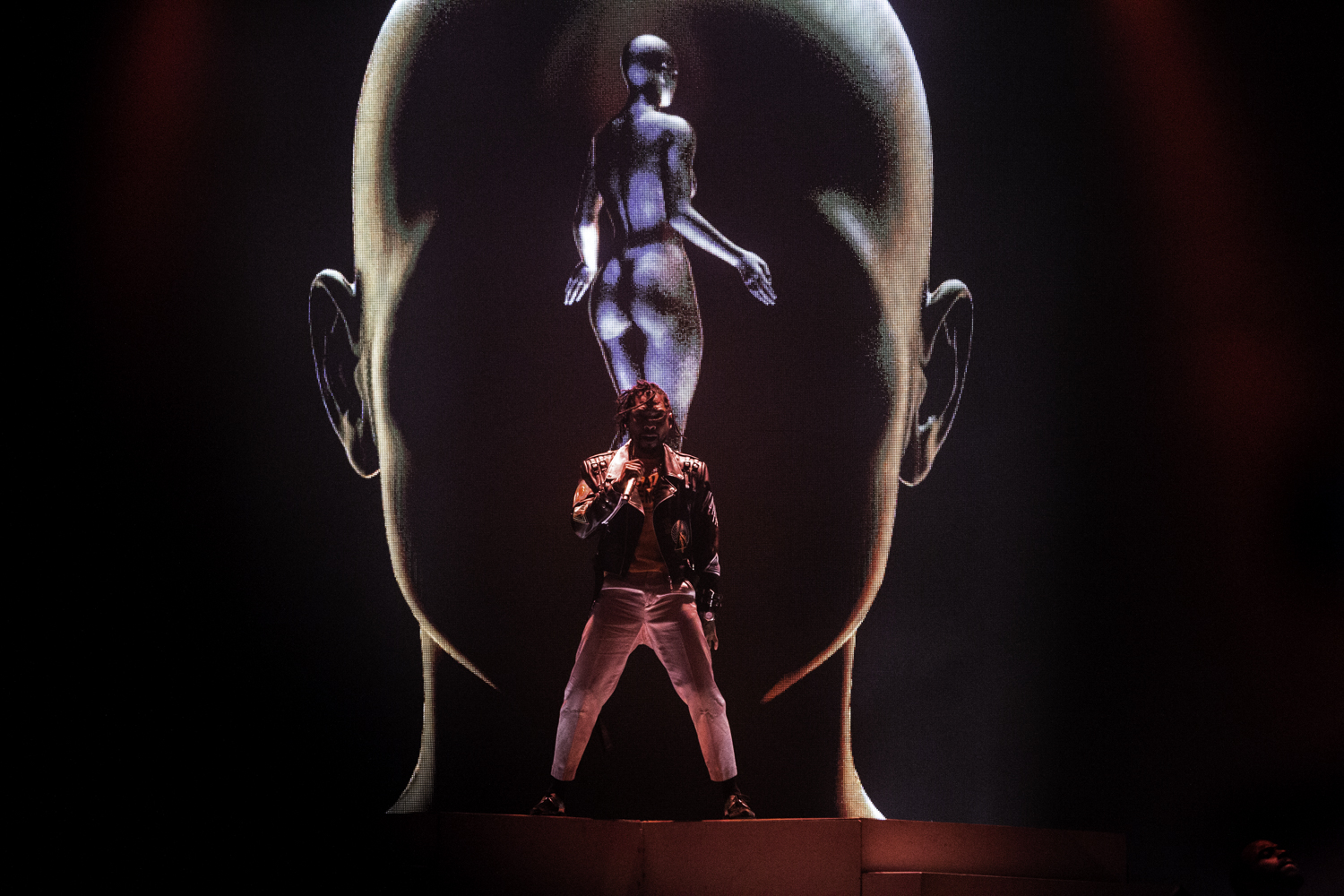 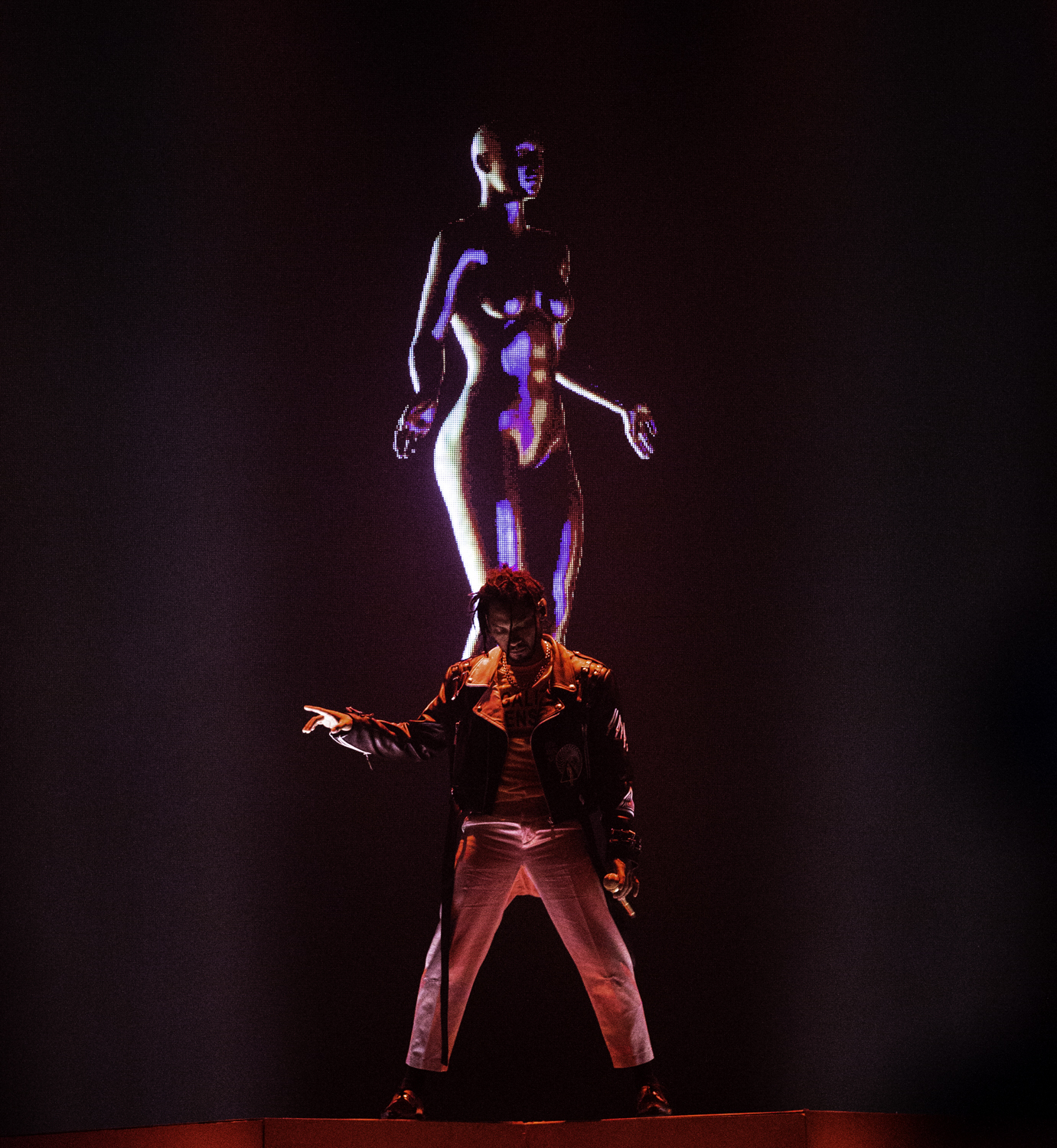 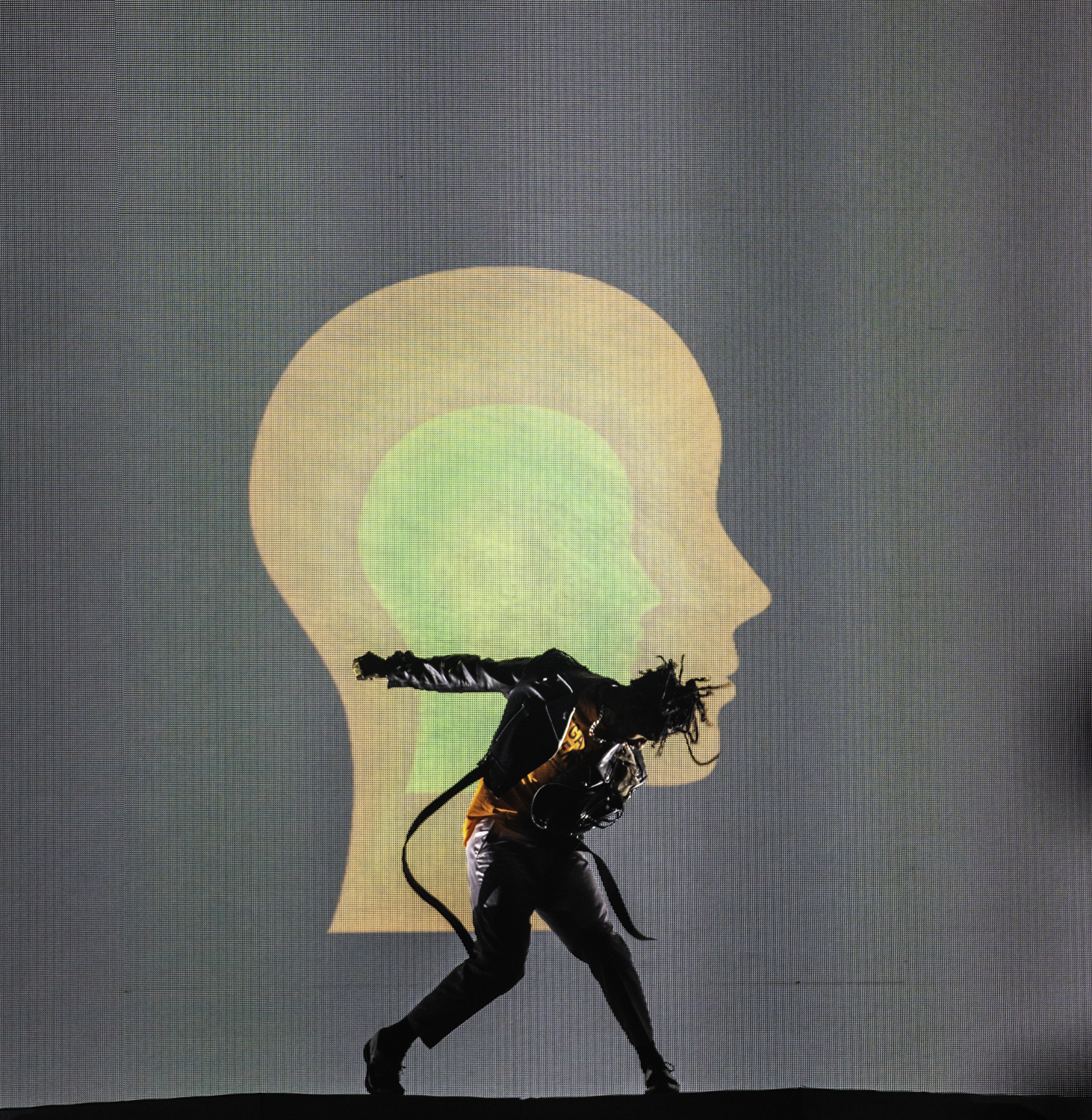 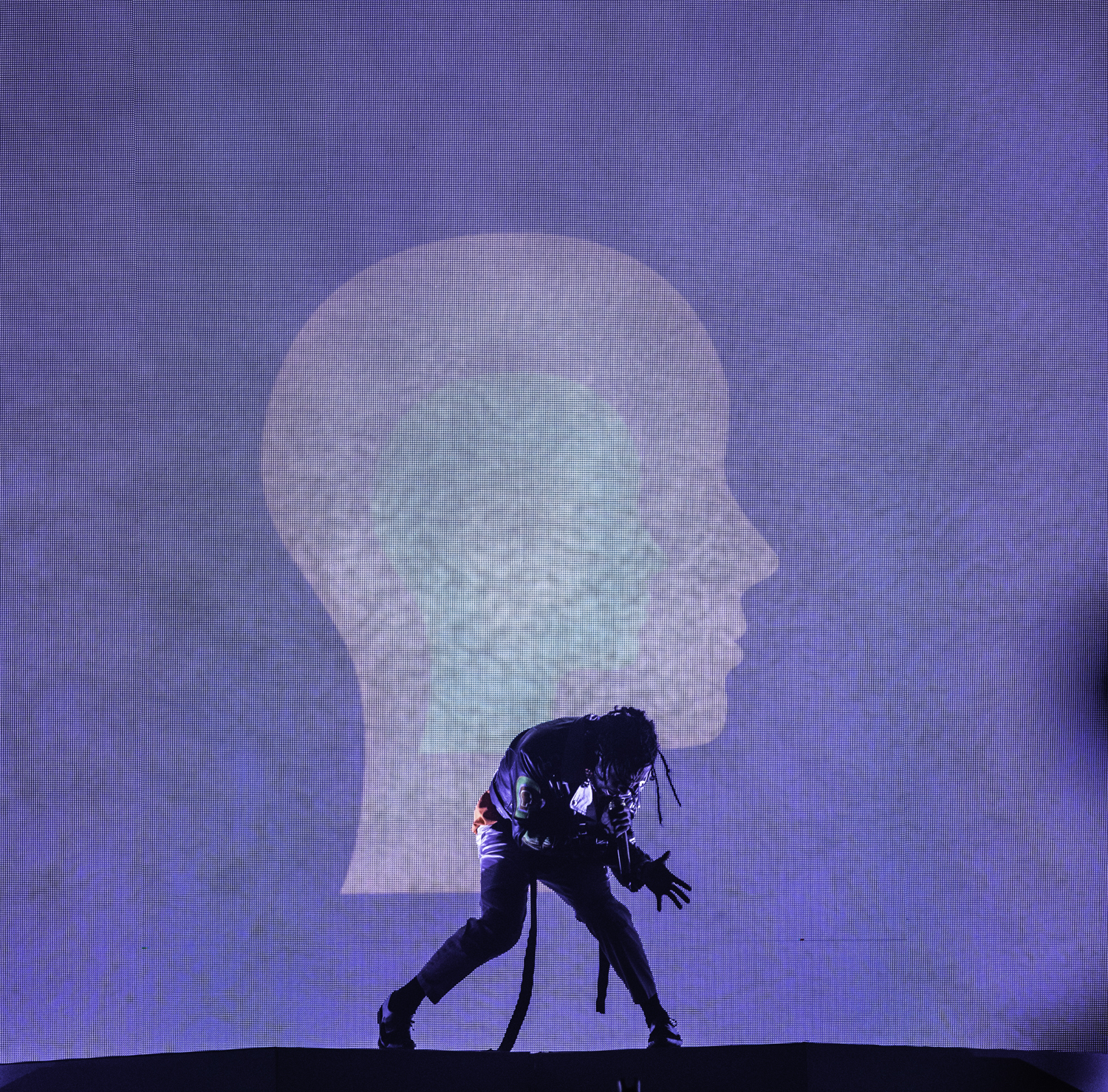 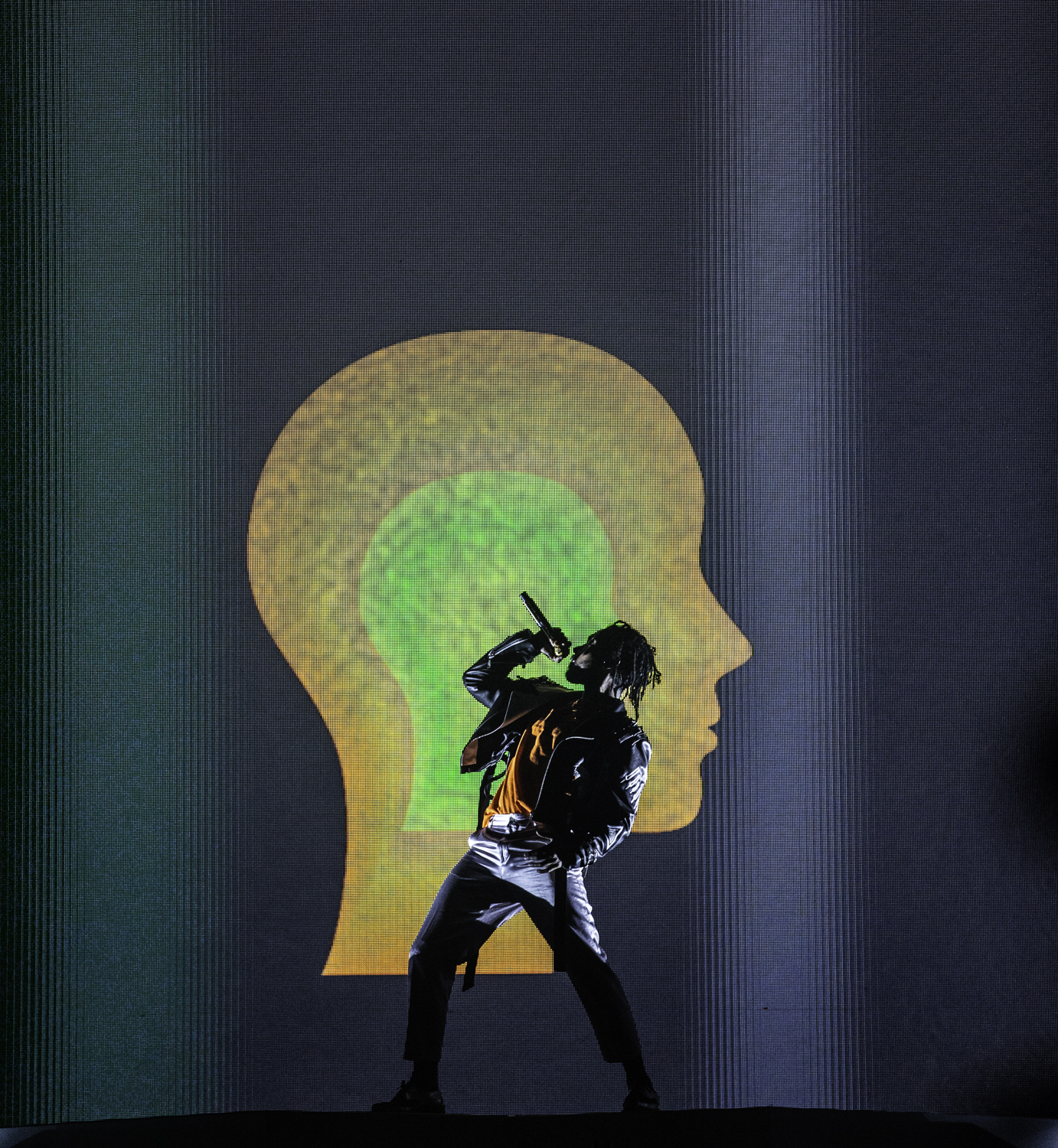 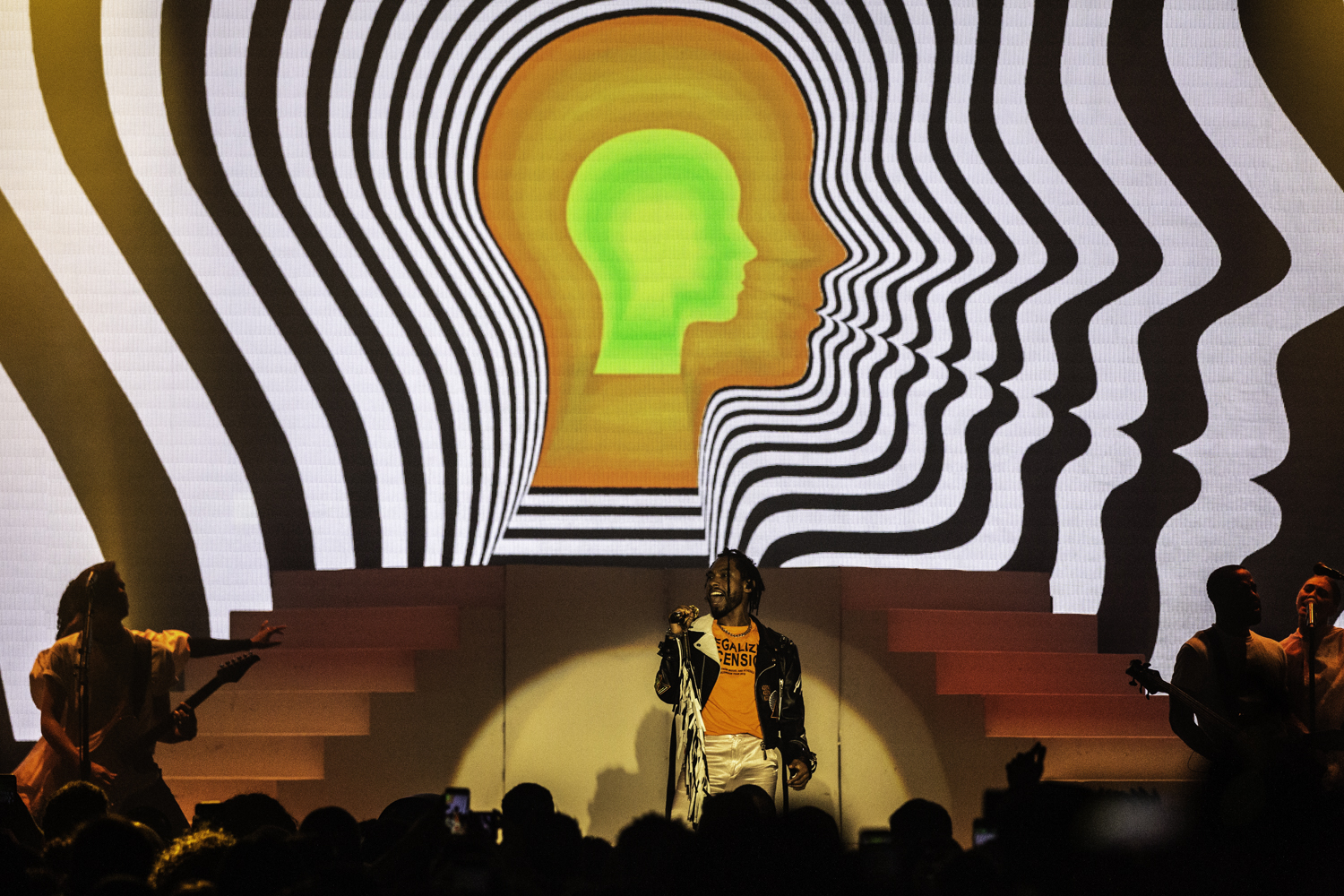 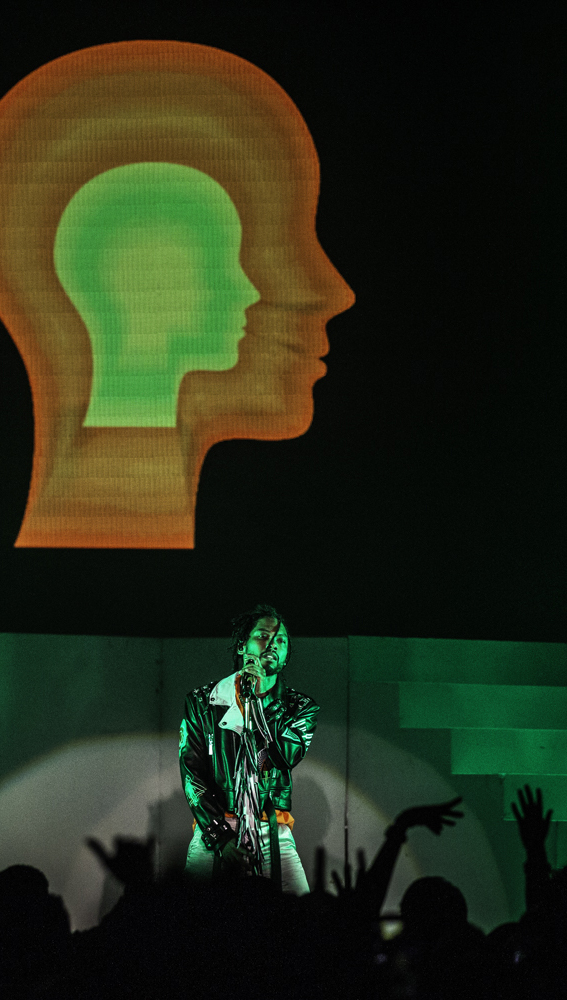 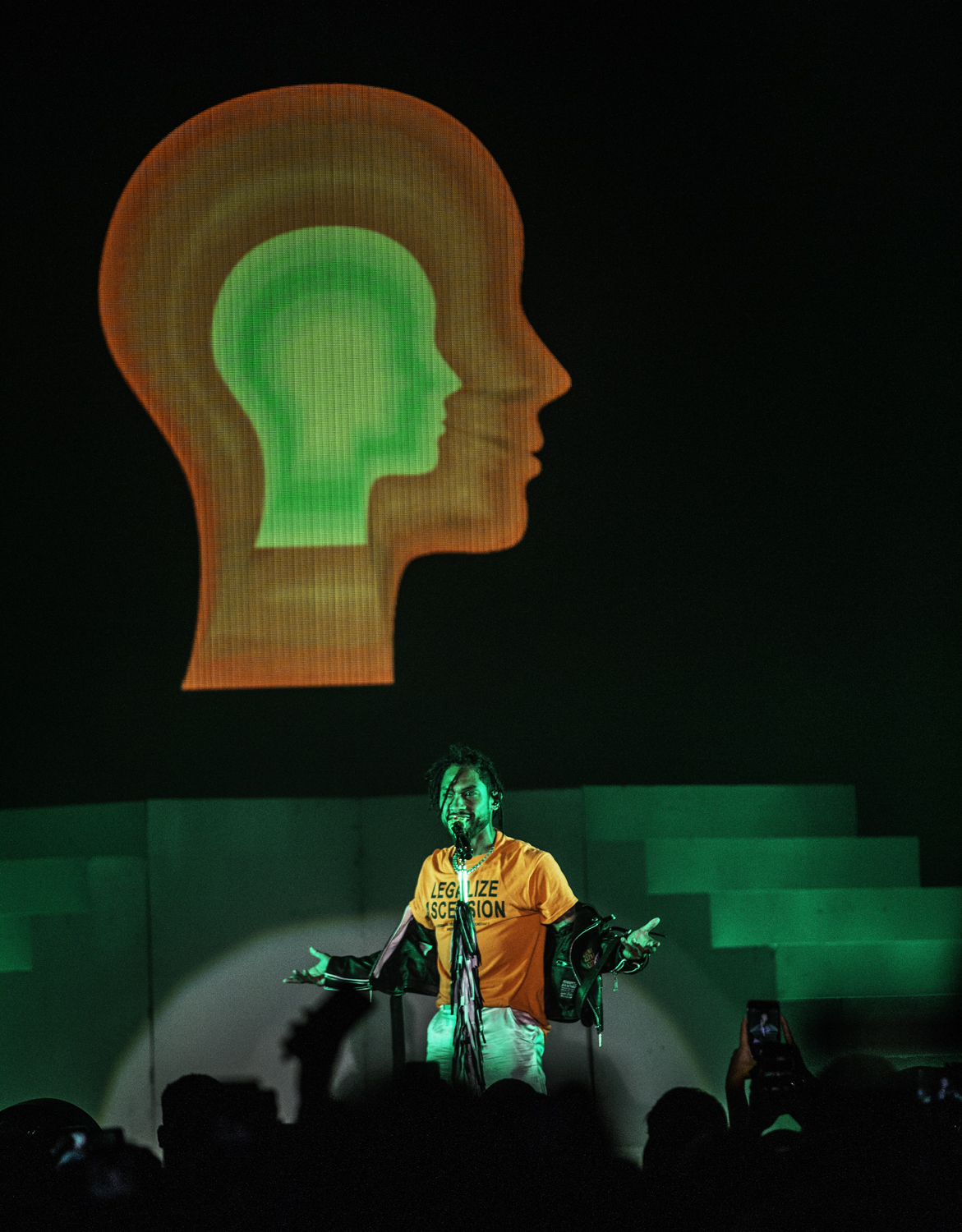 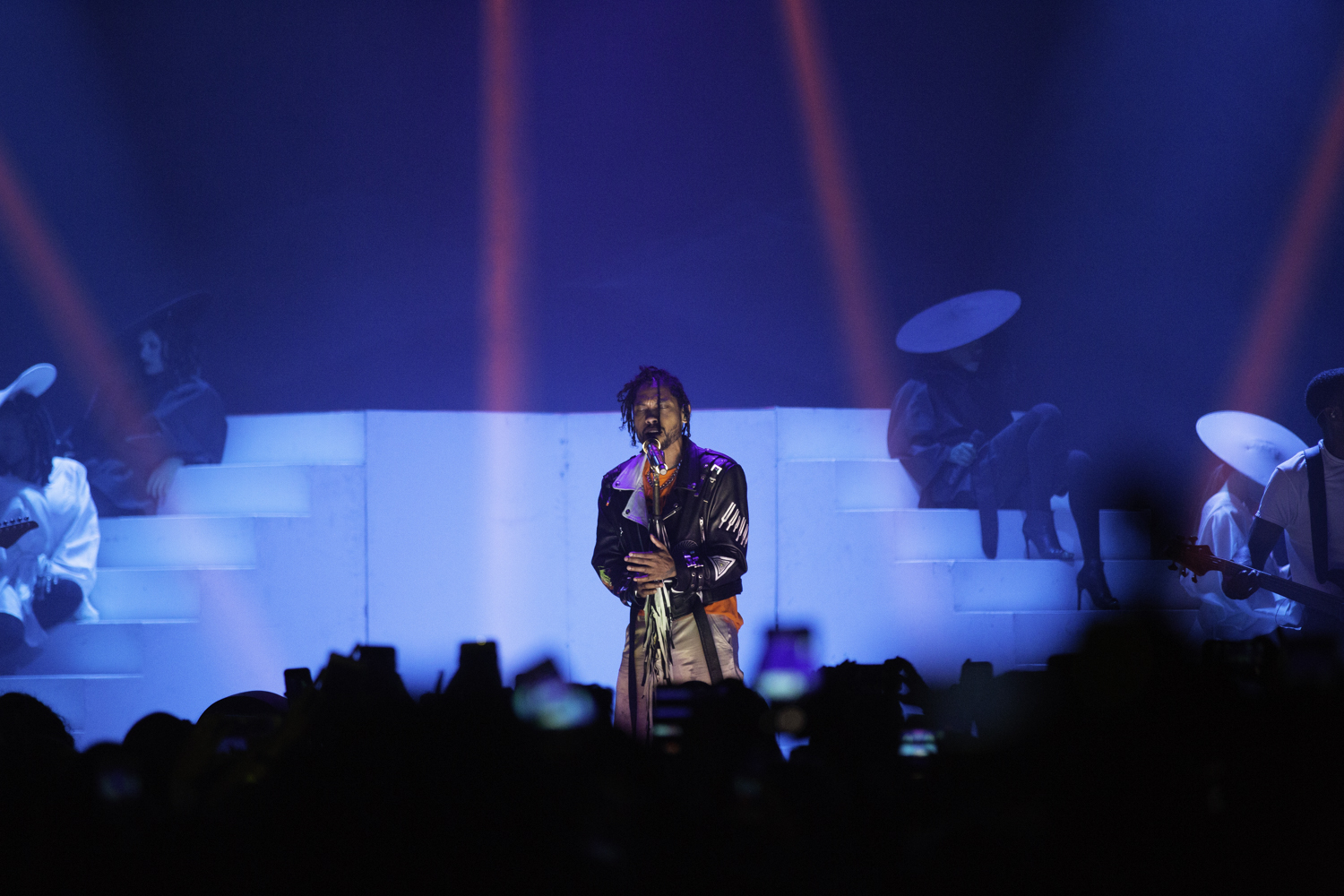 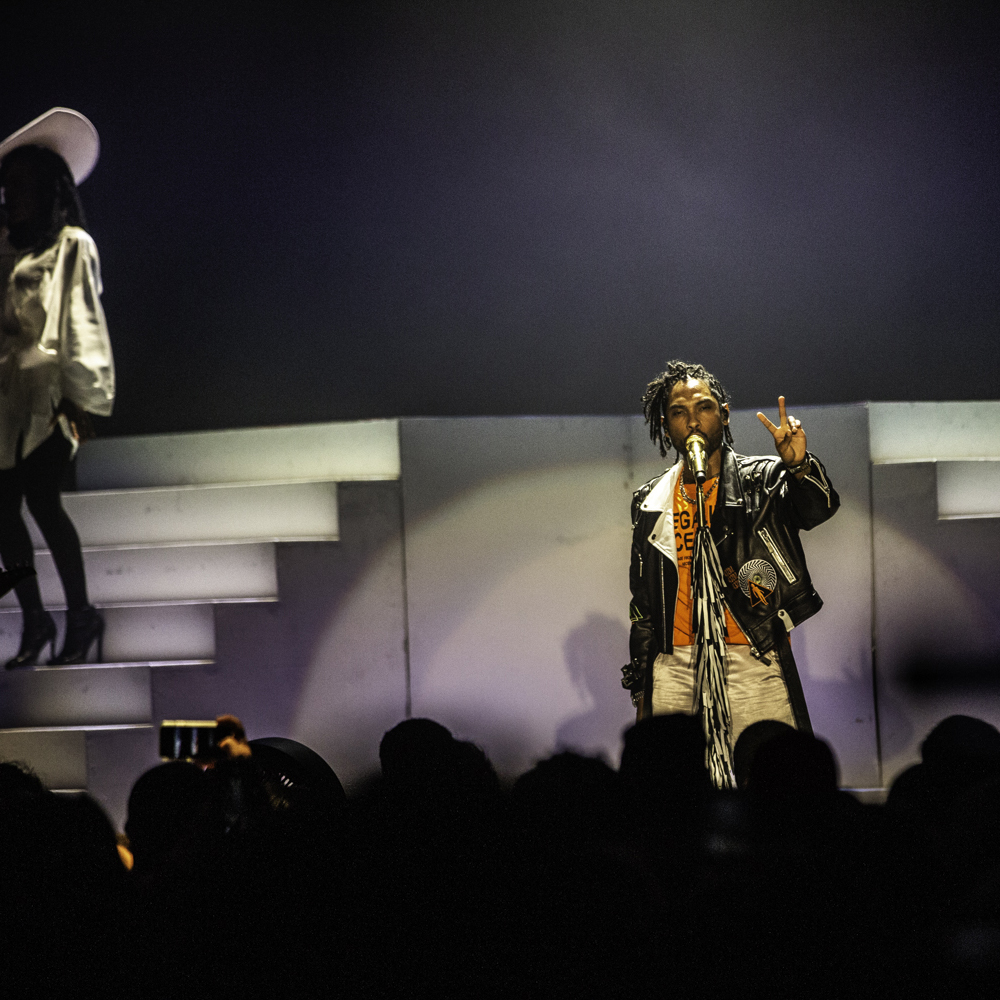 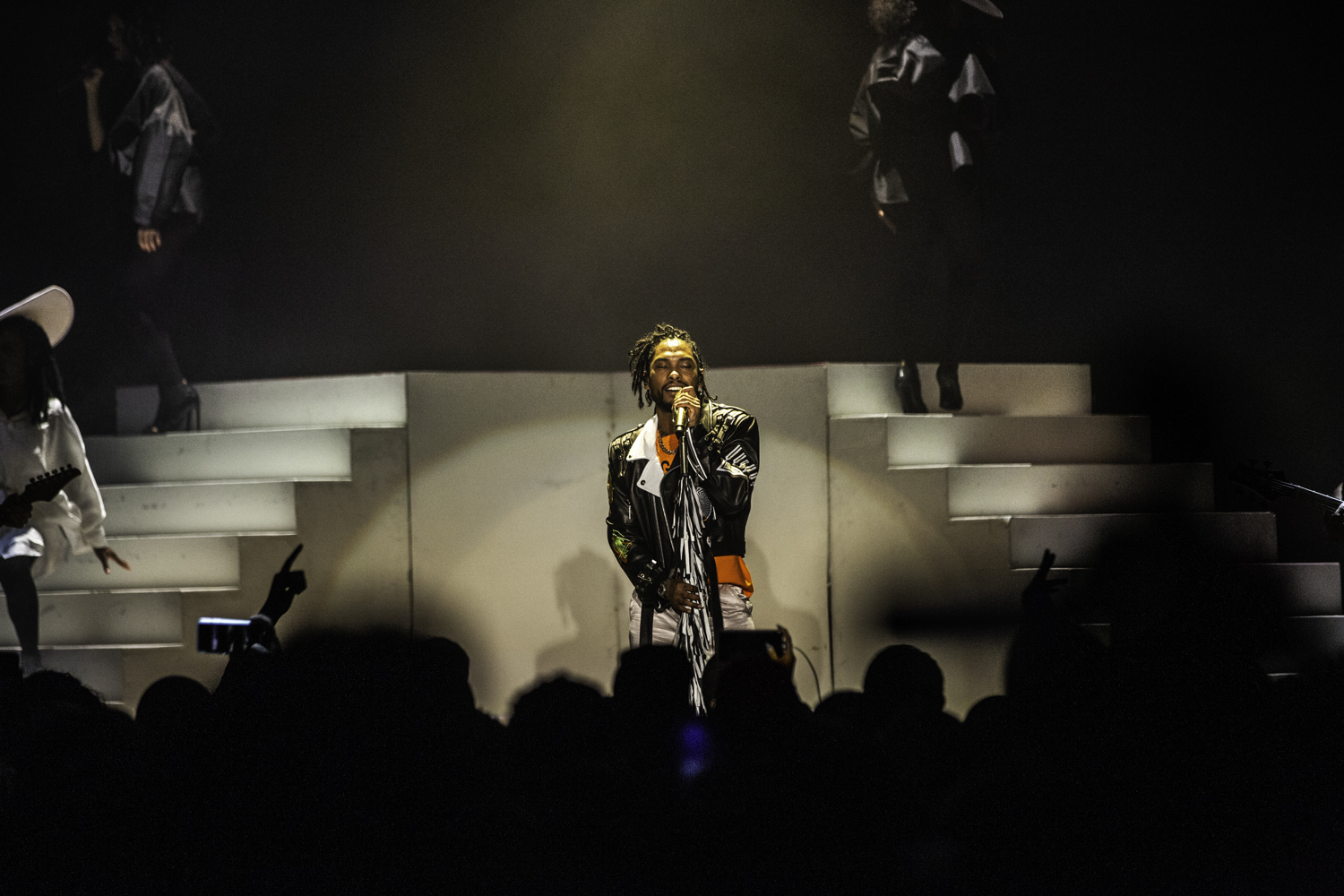 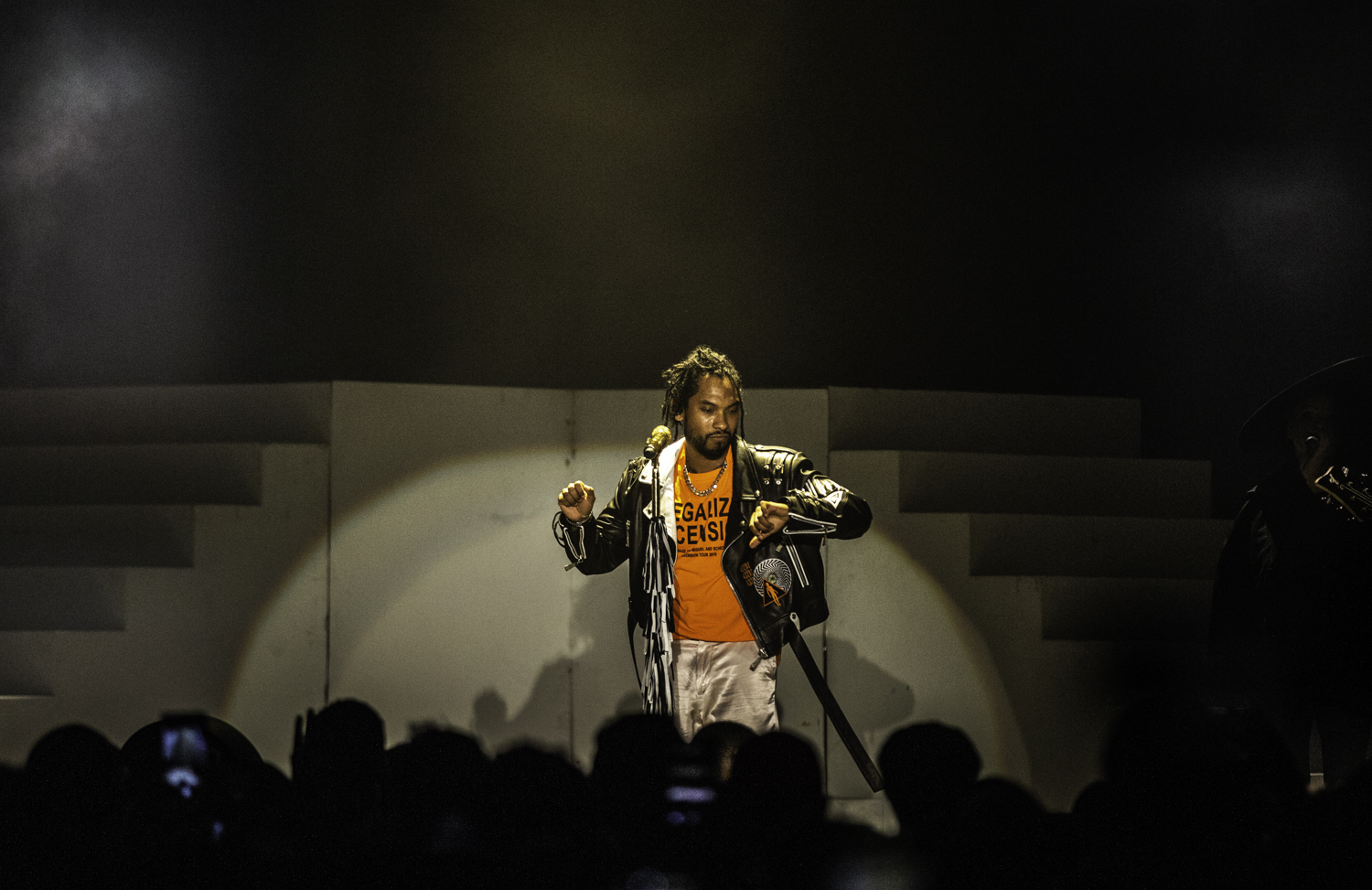 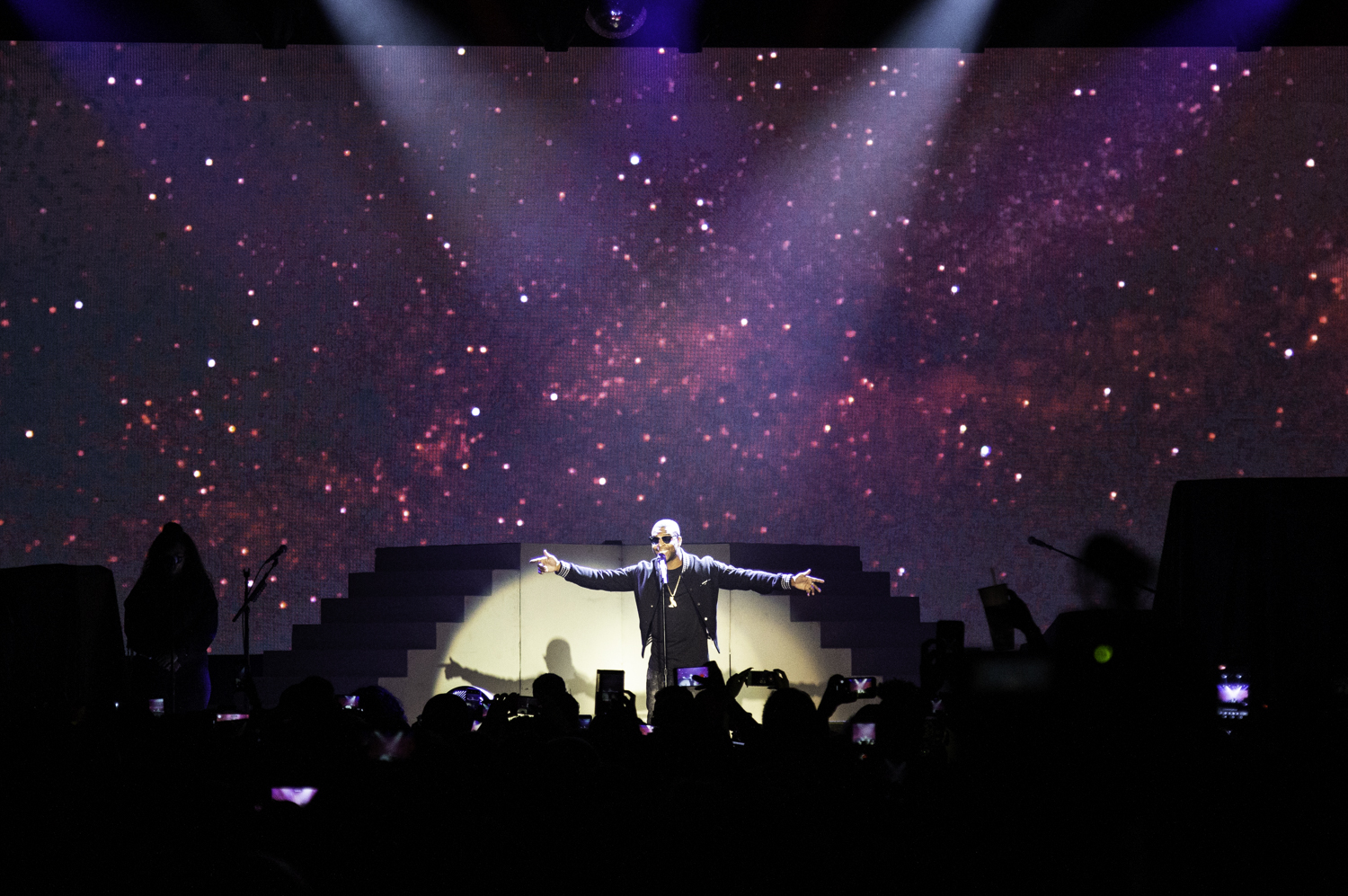 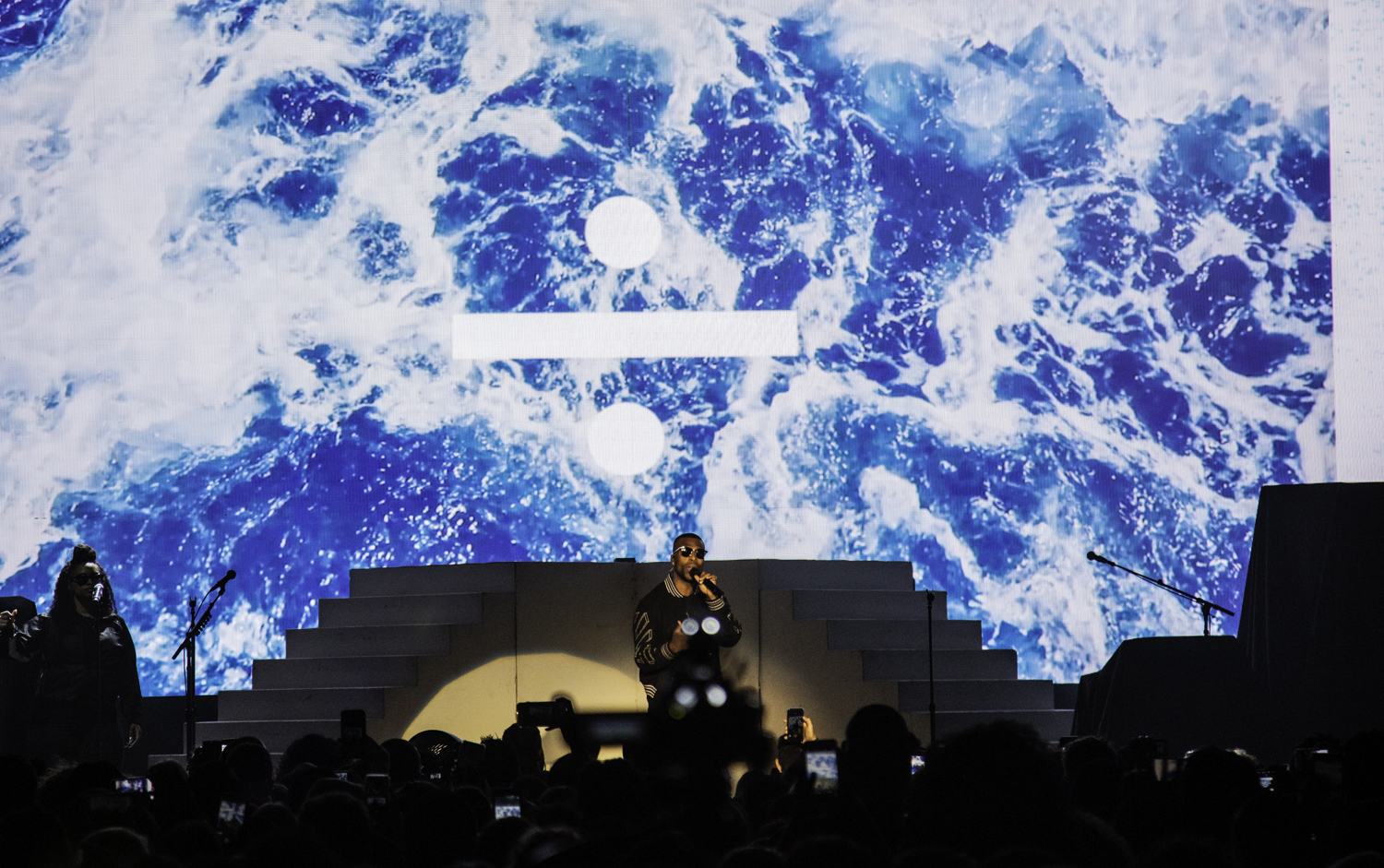 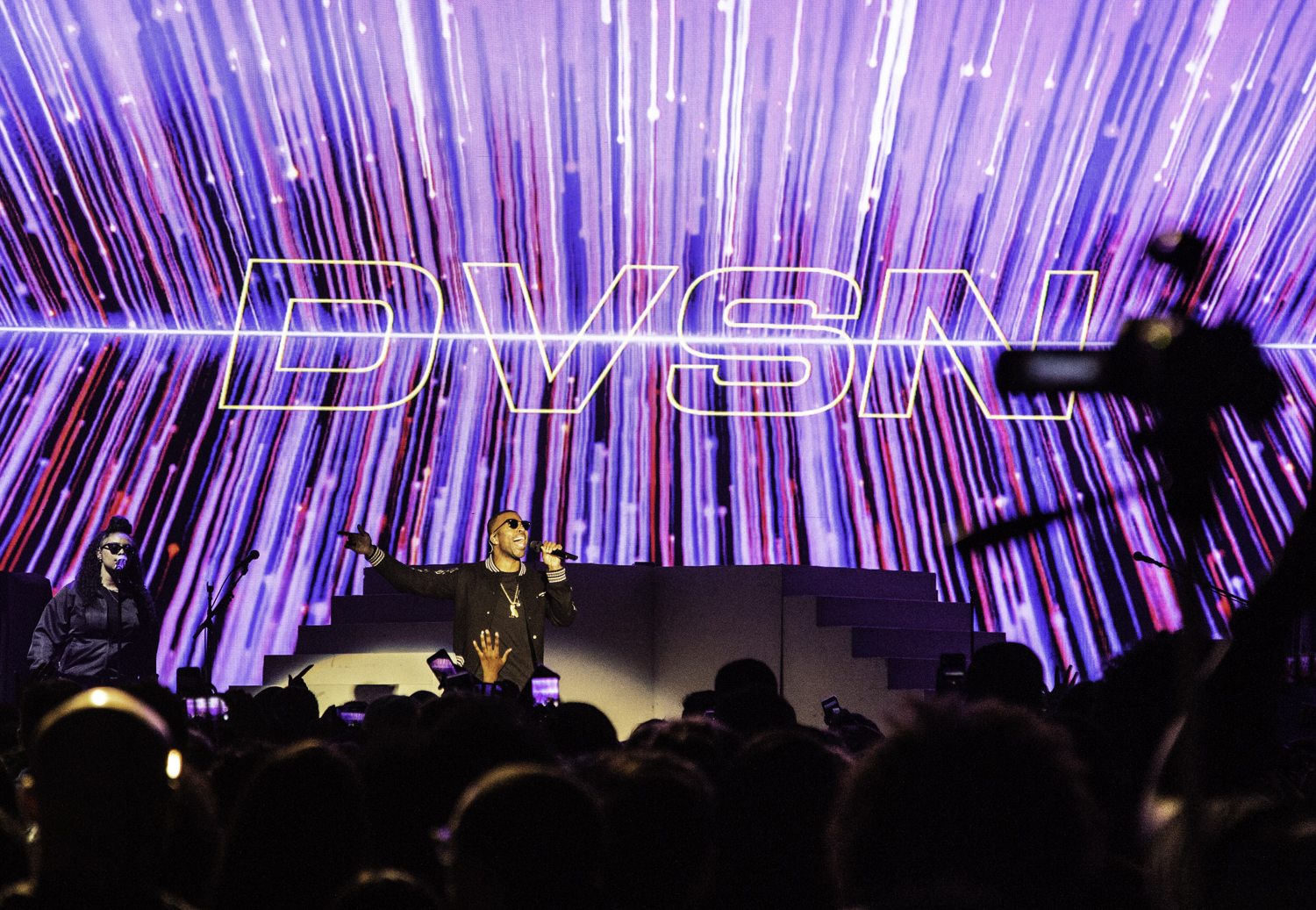 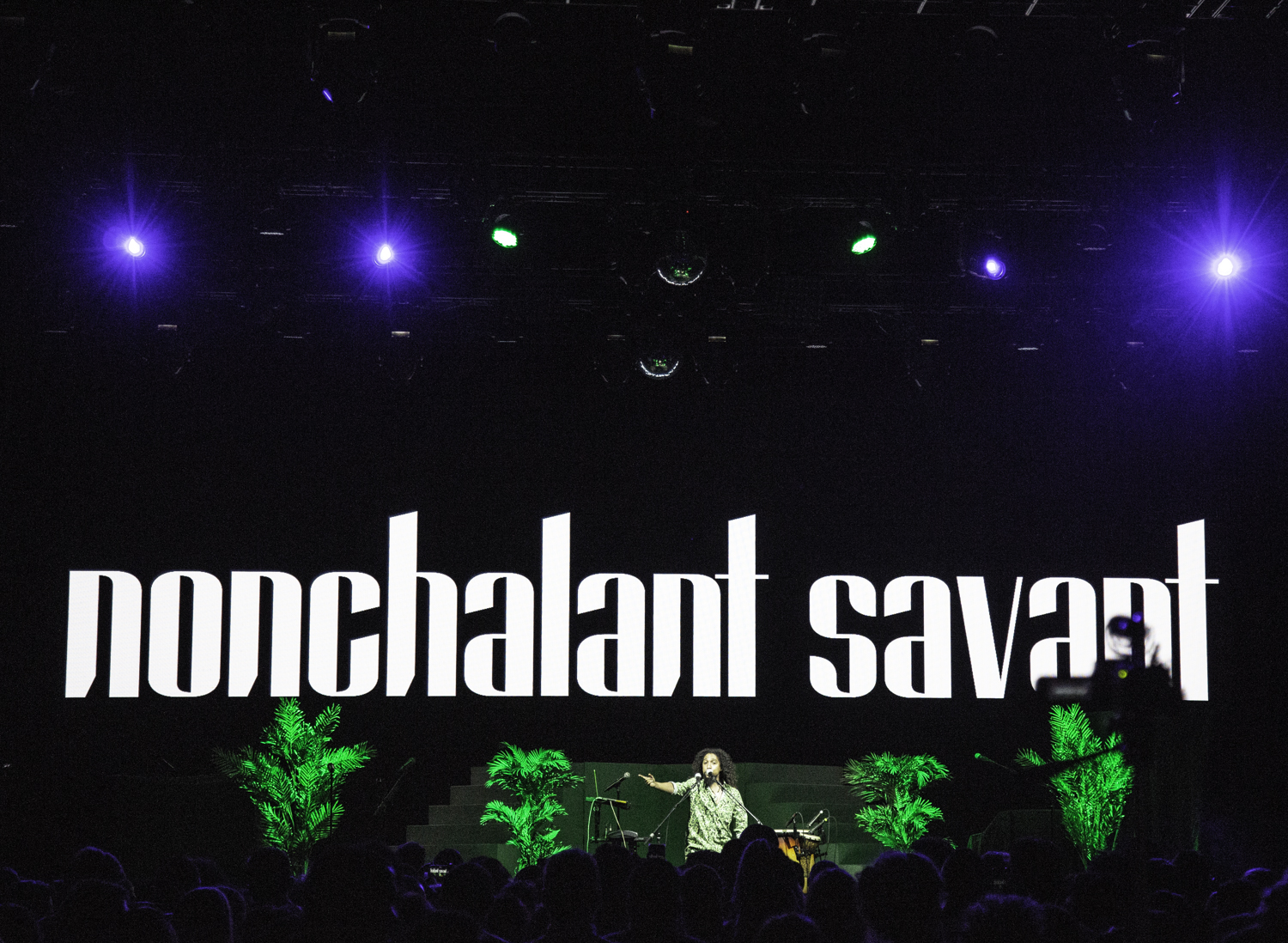 The R&B Singer Performed Two Hours’ Worth Of Hits From His Alluring Catalog At Dallas’ South Side Ballroom On Wednesday Night.

Last night, Miguel’s Ascension Tour stopped in Dallas, bringing openers Nonchalant Savant and dvsn along with it. And props indeed to those opening acts, whose early-in-the-night offerings felt more like standalone shows — complete with their own extravagant lighting and stage setups — as the South Side Ballroom exceptionally transformed its stage for each artist.

First, Nonchalant Savant kicked things off by awashing the room in a green hue as the multi-instrumentalist moved from one instrument to another, making sure the audience thought of him as more than just the night’s headliner’s brother. Next, dvsn took to the stage with a set of backup singers and captivating LED wall visuals to pair with falsetto-voiced serenades and classic ’90s R&B covers (including Genuine’s “So Anxious”) performed.

Not to be outdone, R&B sensation Miguel too took advantage of an impressive array of visuals to sell his performance — and from the very first moment, too, as Miguel entered the stage and opened his set with material from his new War & Leisure LP while under a stark spotlight. Over the course of the next two hours, the Los Angeles-sprung singer would perform material from across his catalog, from the very first Miguel songs to become popular (including “Vixen” and “Adorn”) all the way to a new song he said he performed just for Dallas crowds.

With the man himself encouraging his audience to “just ride your own wave, and be yourself,” Miguel’s fans ate up all that the performer had to offer, dancing the night away and turning the entirety of South Side Ballroom into a giant club as they did.

Although he didn’t mention his past collaborator Mac Miller’s untimely recent passing, there wasn’t much flaw to find in the charismatic singer’s Wednesday night show. It was just an absolutely phenomenal display from a talent vocalist and performer — a night worth enjoying from start to finish.