This Year’s Fan Expo Dallas Was North Texas’ Biggest Convention Ever. But That’s Not To Say That It Didn’t Have Its Fair Share Of Serious Issues.

All photos by Jason Kauzlarich.

I’ve been going to conventions since The Phantom Menace came out —  back when these things had names like Sci Fi Expo and Dallas Comic Con, and were hosted in the small Richardson Civic Center and the dark Plano Centre, and saw luminaries like Stormtrooper #5 sitting in the same halls as Michael Keaton, Patricia Arquette and Carrie Fisher. And, I gotta say, this past weekend’s Fan Expo Dallas was the biggest convention I have ever seen come to Texas.

Things have been trending in this way for a while now, granted. Ever since the area’s biggest such affair got sold to Informa, moved to the Kay Bailey Hutchison Convention Center and re-branded itself as Fan Expo Dallas, its guest lists have gotten bigger and better.

See Also: DON’T HATE THE COSPLAYER, HATE THE GAME. // We Took 100 Photos Of Cosplayers At This Weekend’s Fan Expo In Dallas, And We Noticed Some Disturbing Trends.

So, no, it’s no surprise that the crowd size also grew this year. 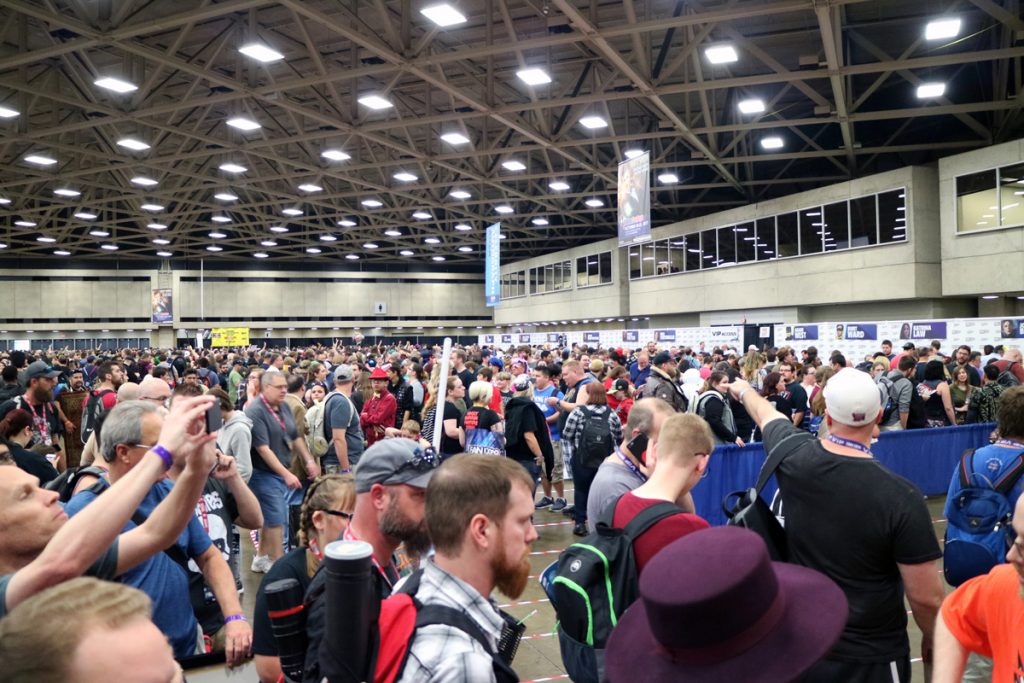 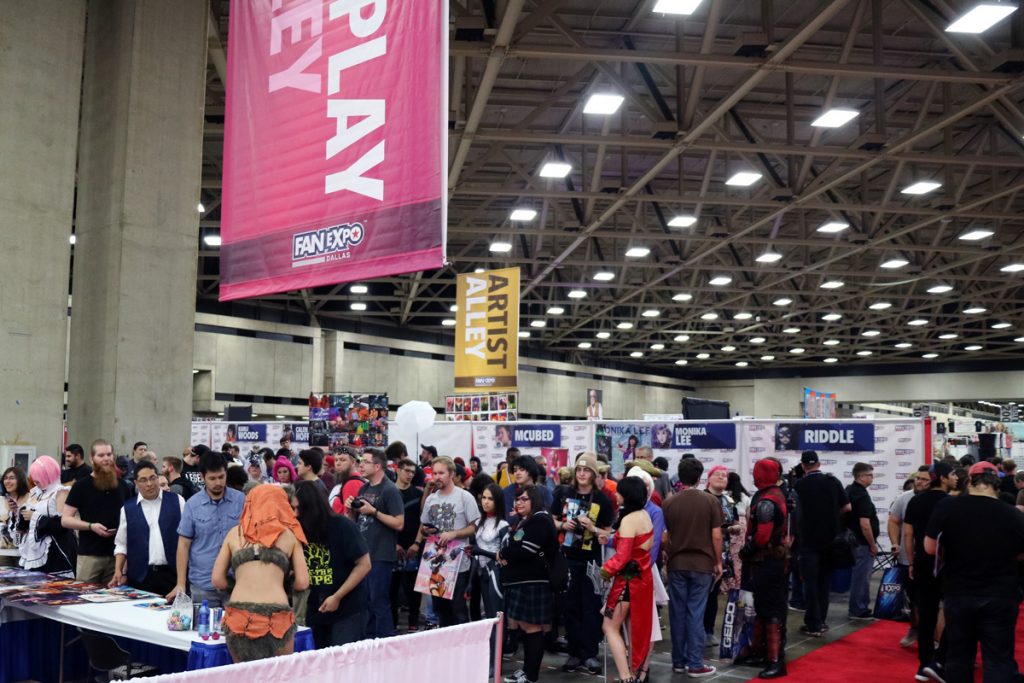 Unfortunately, with great size comes great screw-ups. While this year’s Fan Expo was the biggest I’d ever seen in town, it was far from the best organized. Passes, it seemed, had been oversold. Lines were more than just long, they were poorly managed. Sunday, with its smaller turnout, was the only day when walking around the convention center was bearable — and even it was a mob scene.

See what it was like for yourself with the below 360-degree video that shows what it’s like to walk the convention floor. It was pretty nuts!

Also nuts? The Walking Dead‘s Norman Reedus (Daryl) and Jeffrey Dean Morgan (Negan) had been advertised as making appearances at the convention, but their time in Dallas got cut down to just a few hours on Saturday, and their Sunday showing was canceled altogether. That provided some crazy drama: The actors had just a few hours to fulfill all of their pre-ordered photo ops for the weekend and to sign autographs for the thousands of fans waiting in line. Making matters worse, fans were forced to wait even longer to get their photo and autograph opps as Reedus and Morgan were spotted behind their booth’s curtain signing dealers’ items as their fans kept on waiting.

It’s lucky I’m not a Walking Dead fan, I guess. 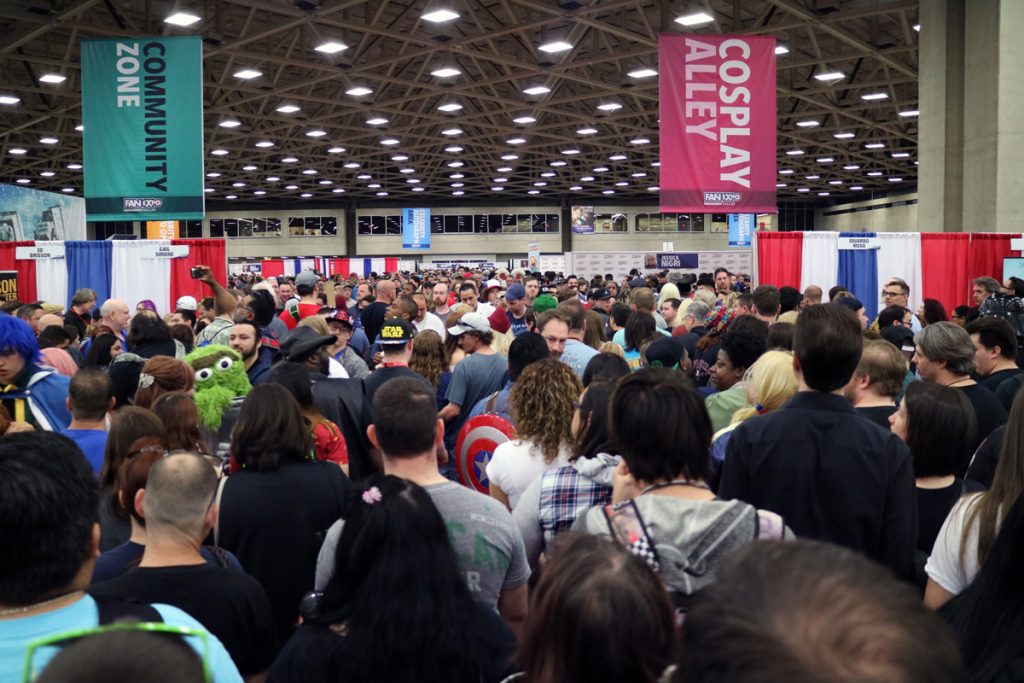 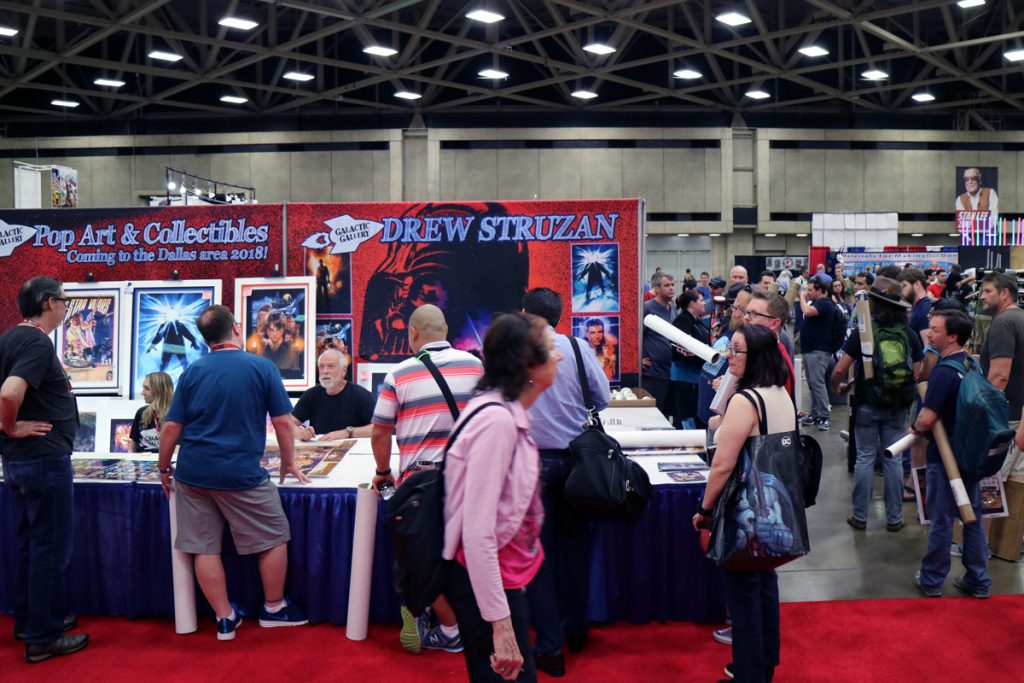 I am, however, a Star Wars fan, and I would brave the problems listed above (and a lot more) just to talk to Mark Hamill — Luke Skywalker himself! — for a few moments. And so I waited, trapped in a maze of poster tubes and lightsabers, in a line that snaked through a small designated area of over 800 Star Wars junkies and lasted for hours. Hamill’s autograph pricing was near-absurd — for $200 (or $250 if you wanted him to scribble on your new Star Wars 8 poster), you got his signature on the item of your choice, which, for the record, was nearly double the ask of the next-highest-priced guest at the convention, the 94-year-old Stan Lee, who charged $120 per comic book signature.

Going by my smile and those plastered on the faces of the fans around me, though, it was somehow still worth it. Like, 100 percent worth it. 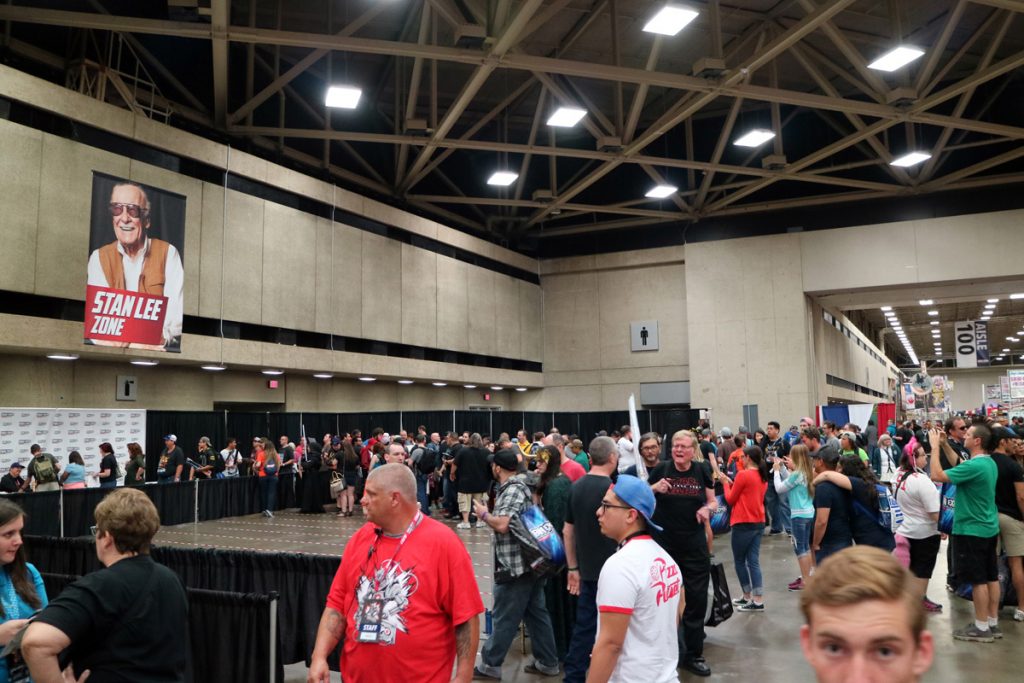 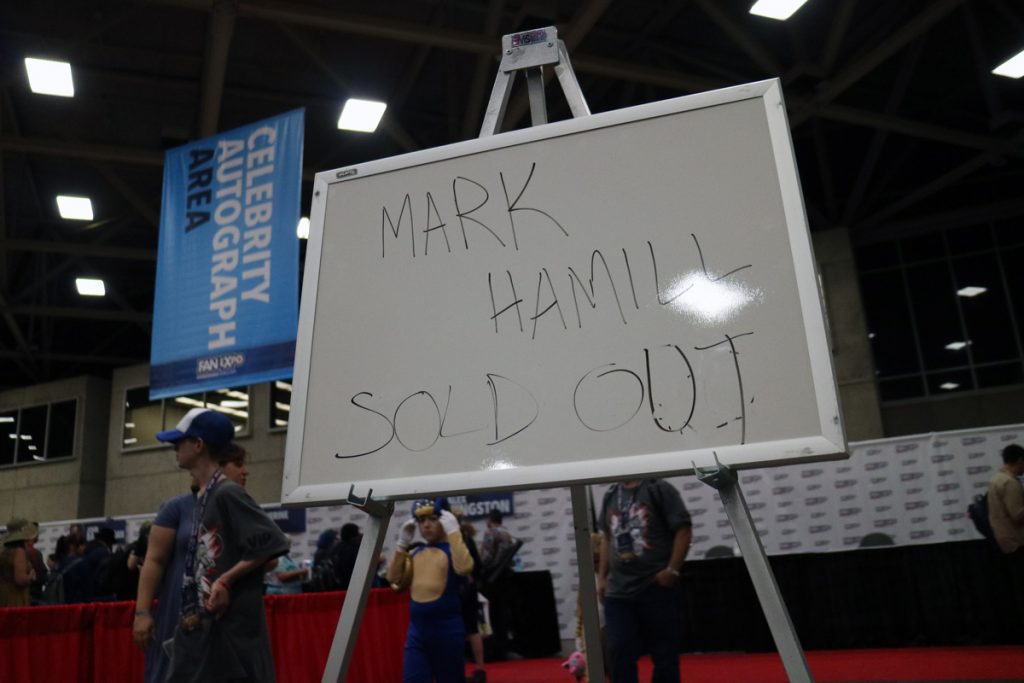 But for the casual fan? I dunno. I think most people would prefer some to see some better management come along with the better guests at Fan Expo Dallas in the future. And hopefully some better attitudes from Walking Dead cast members, too.

Fan Expo Dallas is quite too big to fail just yet. But that’s kind of a crappy barometer. Moving forward, Fan Expo Dallas would do well to focus more on what it needs to do to succeed.