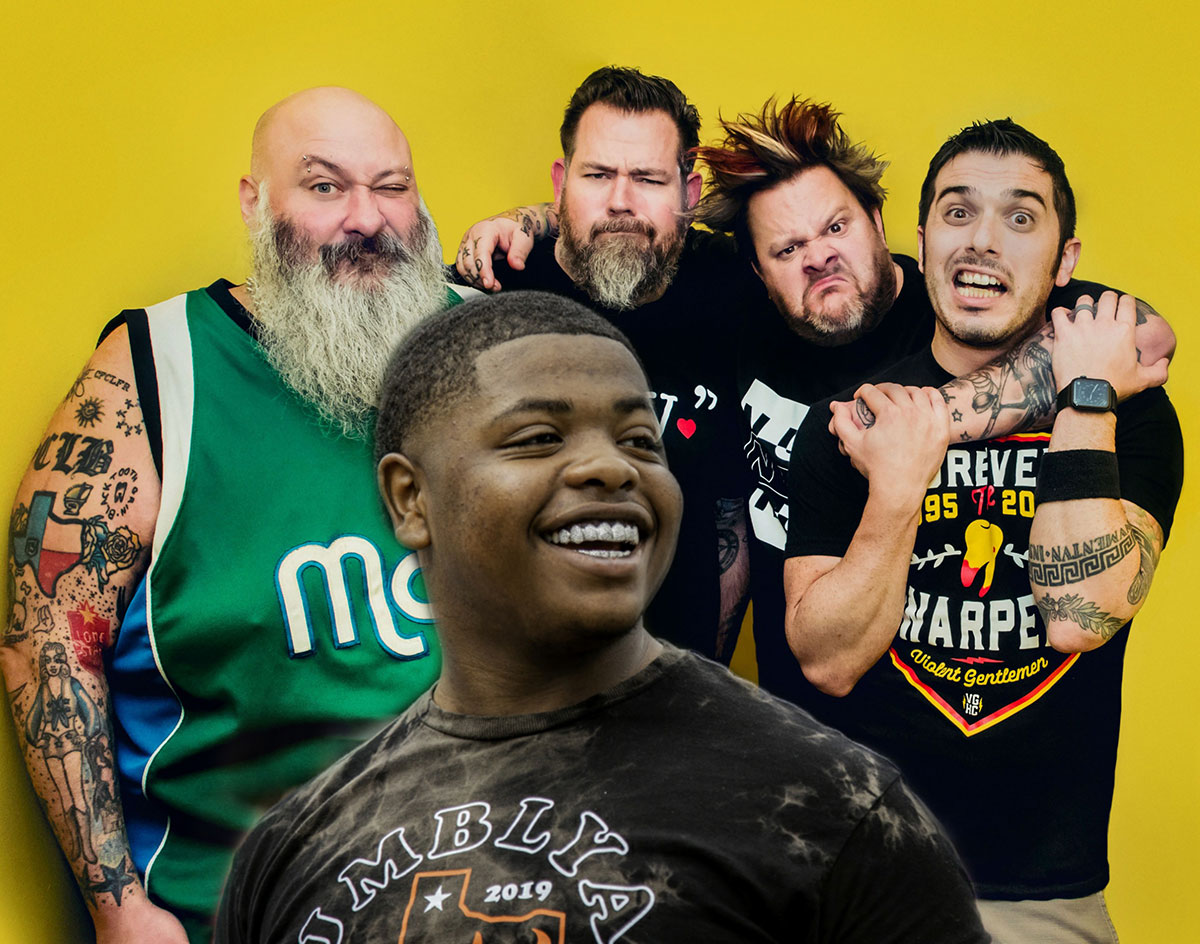 The Iconic North Texas Pop-Punk Stalwarts Link Up With One Of The Most Exciting Up-And-Coming Names In Dallas Rap To Cover A Kid Cudi And Kanye West Jam.

Not long after everything first went to shit, we linked up with Bowling For Soup frontman Jaret Reddick over Instagram to talk about how his iconic North Texas-based pop-punk band was dealing with the tribulations of the pandemic, and also with rounding the corner of 25-plus years in the music game.

It was a great, insightful discussion with many eye-opening revelations about how his band has been able to keep on making it in the music game — particularly so when Reddick opened up about how his band so frequently records covers of other musicians, and why he thinks more bands at all levels should do the same:

The long and short of it, in Reddick’s words: It’s good marketing to do covers, and it doesn’t hurt anyone to just try it on both a business and creative level.

Which brings us to the song we’re premiering from the band today — another cover, naturally.

For its latest homage, Bowling For Soup is today releasing a cover of the 2010, Kanye West-featuring Kid Cudi song, “Erase Me,” which even Cudi couldn’t keep from sounding like Alternative Press fodder upon its release.

It’s a track that, listened to objectively, sounds right up Bowling For Soup’s melodic alley, which is why guitarist Chris Burney has been lobbying for some time now for it to be the band’s next cover.

The only question holding the band back from proceeding: How would it handle the Kanye West feature when recording its own version?

Here’s where Central Track comes in: Around the same time we recorded the above interview, Reddick asked if we had any suggestions for area rappers who might fit the bill for the Kanye West part in the band’s “Erase Me” cover. Among other names, we suggested 10k.Caash — the Def Jam-signed, rather jovial 18-year-old Dallas dancer-turned rapper who sparked the international Woah dance craze.

As Reddick explains in the press release accompanying today’s song release:  “The minute I clicked on 10k.Caash, I knew he was the guy! An 18-year-old kid from Dallas, and my kids already know his stuff? Bonus points for dad!”

Due to our involvement in this recording’s coming together, we’ll refrain from any real critical commentary on the track other than to say that we think it’s a fun listen, that we’re honored to have had a part in it and that we’re stoked to exclusively premiere it to the world in this here space.

Check the song out below, and head here for more streaming and download options.