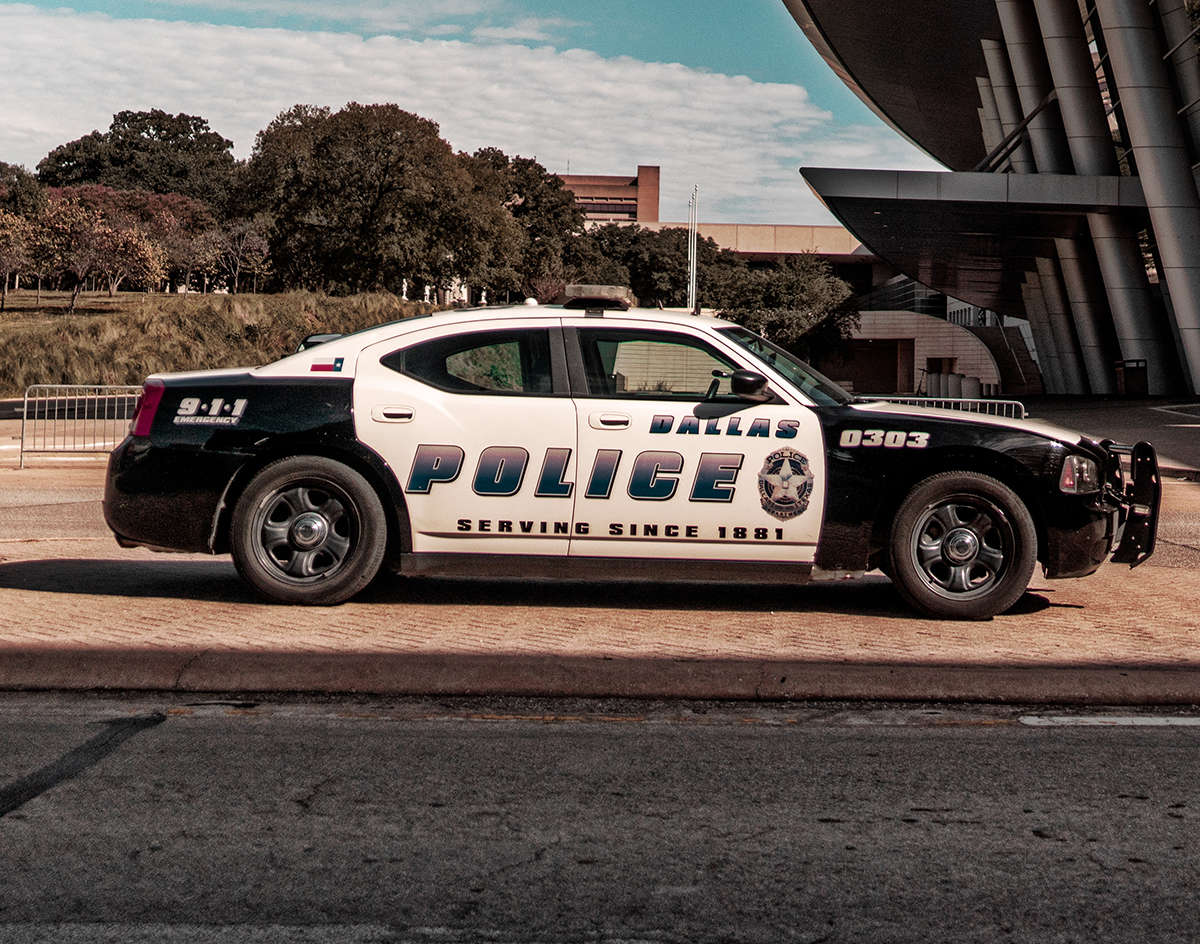 In a press release on Thursday, the Dallas Police Department announced in a statement that it would be dropping any curfew charges against protesters “that occurred from May 29-30.”

The curfew was not announced or put into place until May 31. We can only assume DPD means all protest-related curfew charges and that it got the fate wrong. We have reached out to DPD for clarification.

Regardless, it’s important to note that DPD Chief Reneé Hall says these dropped charges do not apply to people who face “riotous, burglary of business or various other misdemeanor” charges.

The statement also says Dallas District Attorney John Creuzot has already dismissed similar charges that made their way to his office.

This announcement comes after DPD dropped charges against all 674 demonstrators arrested on the Margaret Hunt Hill Bridge on June 1.

After the use of “less lethal” projectiles were used on protesters in the early days of protests, this seems like the least they could do. 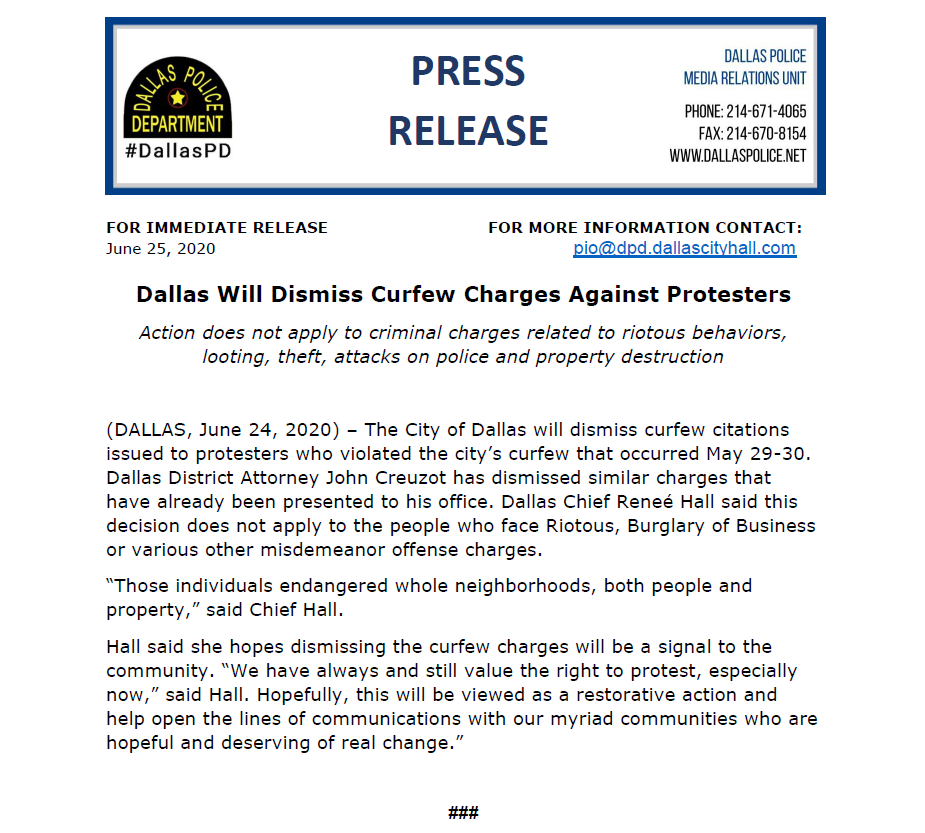