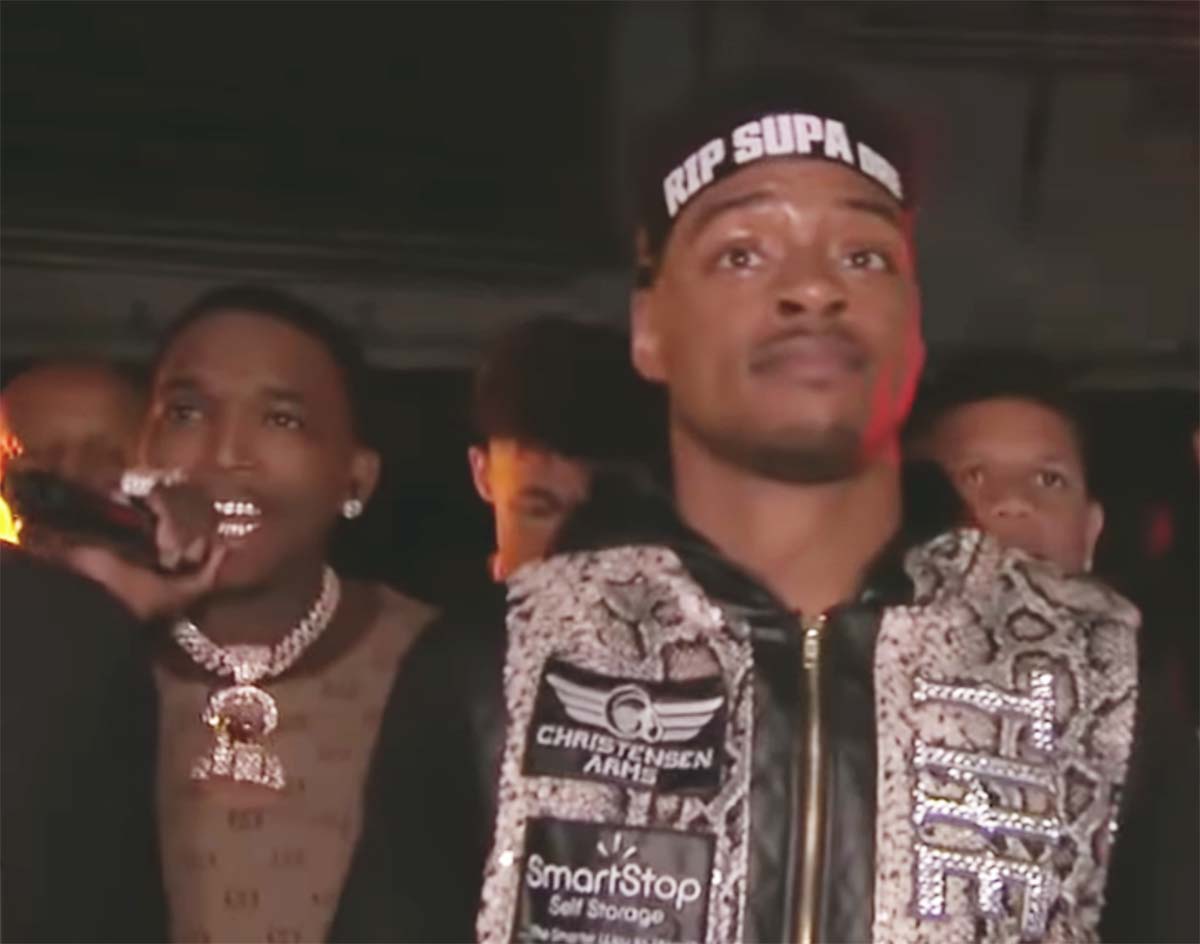 Following In The Footsteps Of His Friend Yella Beezy, Rapper Trapboy Freddy Was Tasked With Bringing Some Dallas Swagger To The Champ’s Big Win On Saturday.

Oak Cliff shined brightly in the City of Angels this past weekend.

On Saturday night at the Staples Center in Los Angeles, the celebrated Dallas boxer Errol Spence Jr. (26-0-0) remained undefeated and unified the IBF and WBC welterweight championship belts by eking out a victory over the now-former WBC world champion Shawn Porter (30-3-1) in a tough-fought bout.

Also of note: Before the win, the boxer they call “The Truth” continued his trend of repping Dallas to the fullest during his pre-fight ring walk. Whereas recent fight entrances from Spence have prominently seen the boxer being guided to the ring with a live performance from celebrated Oak Cliff rapper Yella Beezy, Saturday’s fight featured Yella Beezy’s fellow Dallas native and rising hip-hop star Trapboy Freddy performing his hit single “LA” while walking the champ to his fight.

Just as Trapboy Freddy had appeared alongside Yella Beezy in Spence’s ring-walk entourage before his fight against Mikey Garcia at AT&T Stadium in March, Yella Beezy returned the favor for his close collaborator during his moment in the sun, which was broadcast live on FOX Pay-Per-View and serves as Trapboy Freddy’s first nationally televised performance.

You can watch both Spence and Porter’s entrances below. Spence’s begins at the 1:52 mark if you’d like to skip ahead.

Earlier on Saturday, the rapper posted a social media update indicating that he was detained on unknown charges upon arriving at Los Angeles International Airport. After a brief holding period, though, Freddy was eventually released and allowed to go about delivering a Gucci-down-to-the-socks performance alongside his fellow Dallas son.

Following his debut TV performance, fans poured onto Trapboy Freddy’s social media to show love and support for his big moment. He even, in turn, shared a few of the congratulatory messages he received to his feeds, too.

“LA”, the song Trapboy Freddy performed on Saturday night, is a breakout hit from his earlier-this-year-released mixtape, Rockboy Freddy. You can watch the Wikid Films-directed video for the track below.

Expect to hear more from Trapboy Freddy soon. He recently released another single called “Lil Quita” via 300 Entertainment. The new song is set to appear on his upcoming project, Big Trap, which is due to arrive in late 2019.

As for Spence? He wants Manny Pacquiao next.