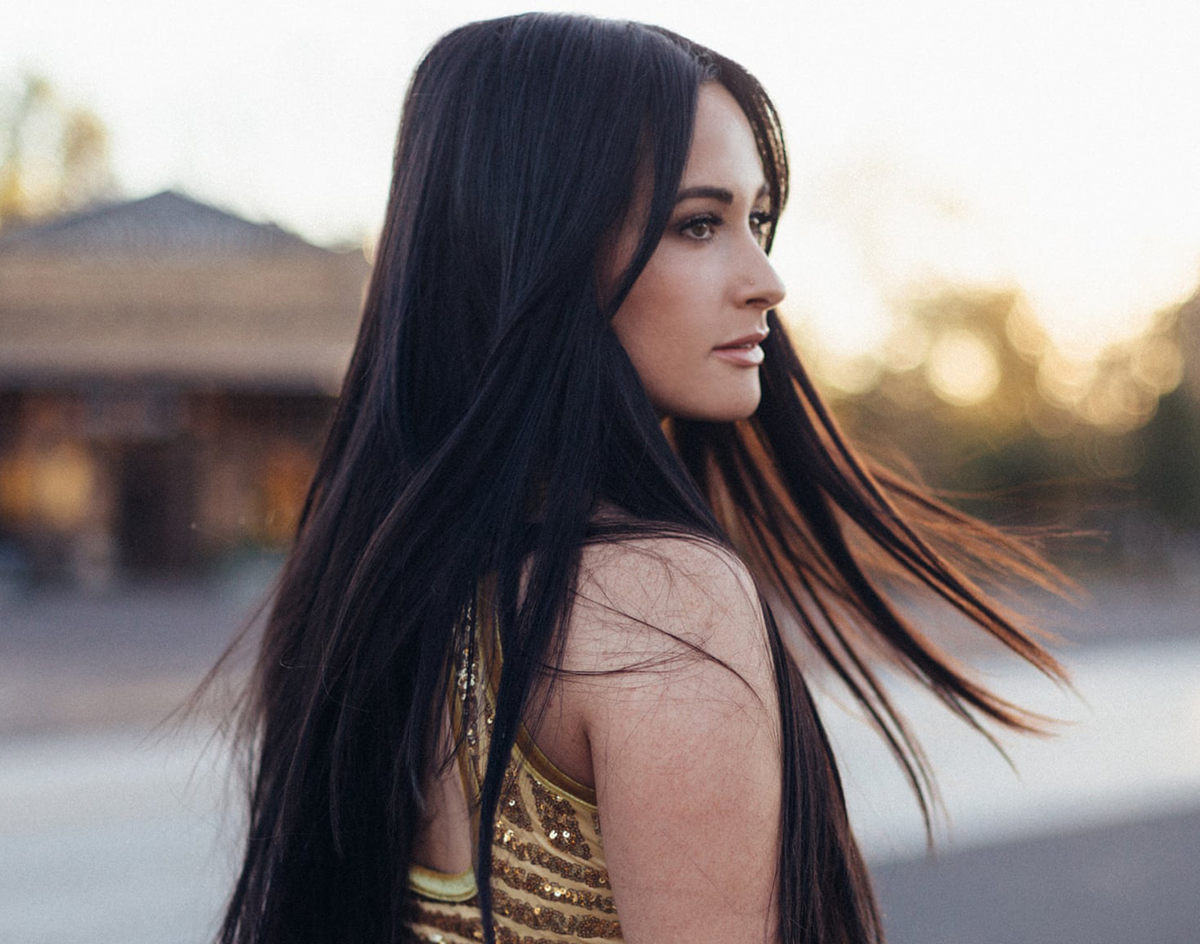 Kacey Musgraves Will Be On The Frozen 2 Soundtrack & Fort Worth’s Dickies Arena Makes Some Major Moves. Plus More! (Oh God, Is There So Much More.)

Listen, it’s been an enormously busy week and I have to wait until my next doctor’s appointment to get my Xanax prescription refilled, so for this week’s version of White Noise, we’re presenting news and releases in an unusually more condensed way.

My sanity depends on it.

The Who postponed its Friday show at American Airlines Center after vocalist Roger Daltrey came down with bronchitis. Live Nation is honoring refunds for the show but has issued a statement saying that they are working to bring the British Invasion legends back for another go.

Speaking of the AAC, KISS FM has hosted its Jingle Ball tour at the famed Dallas Mavericks arena for years, but this time around, it has made an unprecedented move to Dickies Arena in Fort Worth. This year’s Jingle Ball performers include Camila Cabello, Sam Smith, Charlie Puth, Lizzo, Lauv and Why Don’t We. Dickies Arena’s first wave of announcements included shows from the likes of George Strait, The Black Keys and Twenty One Pilots, and as if these weren’t impressive on their own, the venue shows no signs of slowing down. The stadium has announced a community-wide grand opening that is slated to take place on Saturday, October 26. And, on Saturday, December 14, Latin rock and pop juggernaut Pepe Aguilar will be the first Latin artist to play a show there.

As we reported last week, the AAC was host to hometown (?) heroes The Jonas Brothers as the trio made its triumphant return to its old stomping grounds. Right after this sold-out show took place, a collaboration between the famed heartthrobs and producer Diplo was announced with an accompanied music video in which the latter hacks the former’s Instagram. The JoBros were also featured on an NPR Tiny Desk Concert yesterday, so now you don’t have to label them a “guilty pleasure.”

The Disney affiliations don’t stop there. The track listing for the Frozen 2 soundtrack just dropped, and a Kacey Musgraves song titled “All is Found” will play during the upcoming film’s end credits. The soundtrack will be released November 15, but preorders are now available to those who don’t have the patience to wait a month and a half.

Another local Disney affiliate, Selena Gomez, was the recipient of a 2019 McLean Award for Mental Health Advocacy. Upon accepting the award, she opened up about her own struggles with depression and anxiety. The ceremony was two weeks ago, but an Instagram video of Gomez’s acceptance speech was uploaded 12 days later.

This year, depression claimed the life of the late, great David Berman, whose Dallas-sprung life and legacy is still being celebrated almost two months later. Brooklyn indie band Woods (whose members played in Berman’s most recent outfit Purple Mountains) reunited with former bassist Kevin Morby in playing the Mountains’ “All My Happiness is Gone” at New York’s Woodsist Festival. Another event in New York, dubbed “A Silver Yom Kippur,” will celebrate the Addison-raised Silver Jews frontman with the likes of Michael Shannon, Josh Ritter, Jeffrey Lewis and more.

On a much lighter note, Good Records owner Chris Penn has been making waves with his movie Live From the Astroturf, Alice Cooper, and the crests of these waves are ever-expanding. According to a press release, a UK premiere will be unveiled on Wednesday, October 9, and a Los Angeles premiere on Monday, October 14. Members of Cooper’s band will be in attendance at the former, and a Q&A will be moderated by Keith Morris (Black Flag, Circle Jerks) and Howie Pyro (Danzig, D Generation, Intoxica Radio) at the latter. The film’s Dallas premiere happened over the weekend at Cinemark West Plano, as part of this year’s North Texas Film Festival.

Norah Jones also had a recent brush with cinema. The Denton-affiliated jazz artist collaborated with Sharon Van Etten on a bluesy version of the latter’s single “Seventeen,” and this version made its way onto an Amazon-exclusive documentary on Van Etten titled Departure.

Speaking of departures, you may recall our report on the end of KAABOO Texas’s operations, but little did we know that DFW wouldn’t be alone in this abandonment. As Cayman News Service reported, the San Diego-based festival decided to 86 its KAABOO Cayman.

Moving on, Bobby Sessions was the center of a Texas Monthly profile piece last week and also served as the inspiration for a new Deep Ellum mural. To add even more excitement and speculation to the direction of his career, the Dallas-based Def Jam artist hinted at an I.D collaboration that is possibly in the works. You be the judge:

I can’t wait to get a record in with him https://t.co/Qyi7yU3akT

In more hip-hop news, there appears to be a new festival titled Legna Lit Festival, and it is scheduled to take place on Saturday, November 9 at Gas Monkey Live. The promoters behind the affair are Avi Entertainment (which put together the Young Thug-headlined Family Business festival at Bomb Factory) and Legna Presents. This year’s inaugural performers include Gucci Mane, Lil Baby, 10k.caash, 500 Gwap Gang and more.

Yesterday, it was announced that 10k.caash and fellow DFW contemporaries Tay Money and Splurge were added to Rolling Loud Los Angeles after both appeared at the touring festival’s Oakland stop this past weekend. The December 14-15 festival will feature marquee names such as Megan Thee Stallion, Meek Mill, Chance the Rapper, Lil Uzi Vert, A$AP Rocky, DaBaby, Playboi Carti and dozens more.

While plenty of our noteworthy exports in hip-hop are making big moves, Tay-K still remains behind bars — and will do so for the next half century. According to a September 27 report from the Star-Telegram, a co-conspirator of the botched home invasion that resulted in the murder of Ethan Walker received a plea bargain in Tarrant County Family Court. The woman, who was 16-years-old at the time of the incident, was also an alleged victim of sex trafficking who was recruited by Tay-K accomplice Arianna Bharrat. The woman received a sentence of 10 years’ probation and had a 20-year prison sentence overturned by a Texas appellate court. Because the woman was reported to be a victim of a sex crime, the Star-Telegram has not disclosed her identity.

In much lighter Fort Worth-related news, a Razorcake eulogy for now-defunct DIY venue 1919 Hemphill made the rounds online. The article was penned by former volunteer Rick Vdot, and features testimonies from former volunteers and artists that have cut their teeth at the institution. Power Trip shared the article on Twitter and stated, “[Power Trip] wouldn’t have grown in DFW and beyond without 1919.”

Fort Worth indie band Signals and Alibis have a freshly-released EP titled Aislada:

If folk like the above is your speed, you’ll also like Color, the new EP from Wesley Jensen and the Penny Arcade:

Also among this week’s smorgasbord of new releases? Singles! Such as Fort Worth rapper Plain Trey’s “FIEND”:

And to close out this cumbersome edition of White Noise, here are two new music videos. The first is for “Writing on the Wall,” the Post Malone-featured single by French Montana that also boasts appearances from Cardi B and Rvssian:

The second is for Mystery Skulls’ “Far Away”:

*Deep breath* We did it!