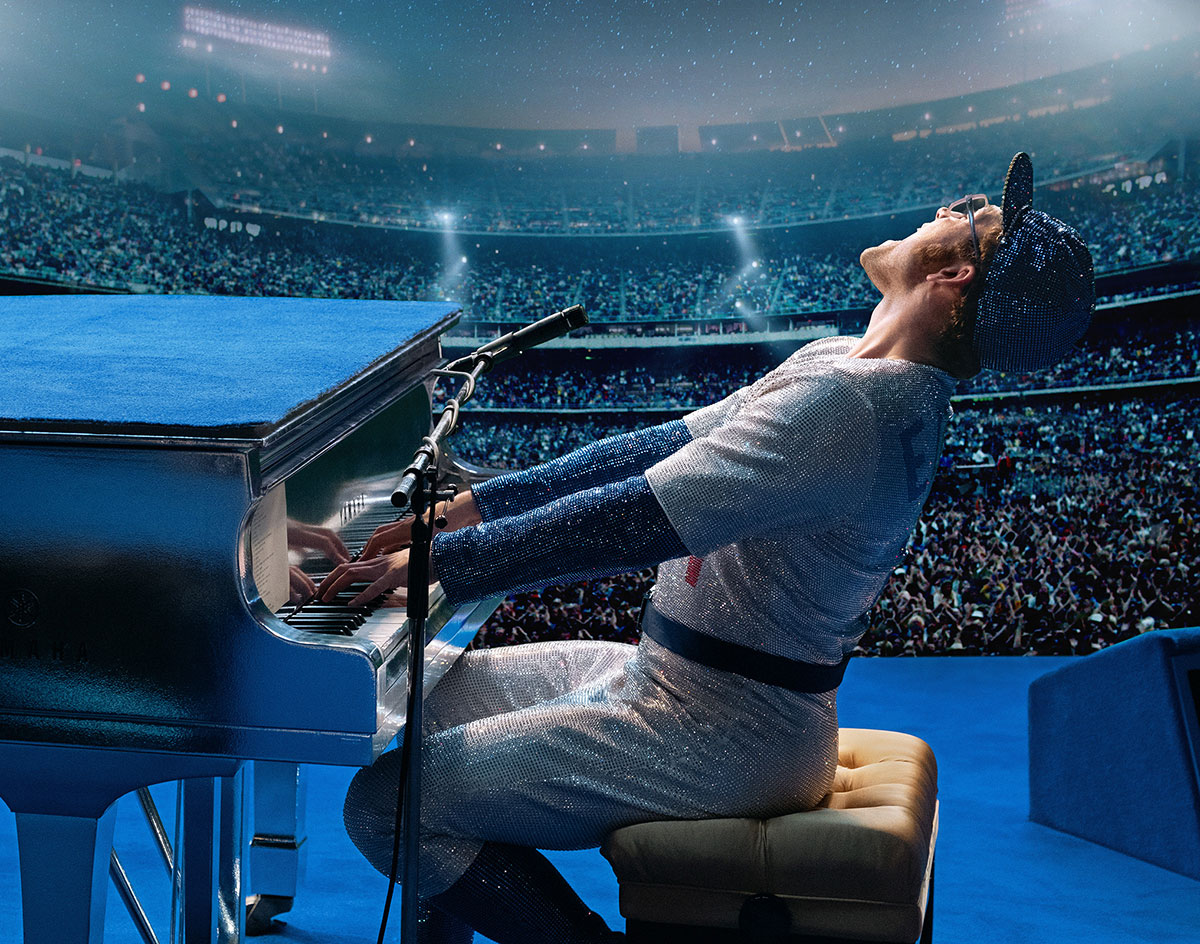 It’s Been A Long, Long Time Since Hollywood’s Produced A Music Biopic As Engrossing And As Real As The Elton John Film, Rocketman.

Music biopics are a dime a dozen.

And why not? Pick any frontman from the ’70s and there’s a solid chance there’s a sordid tale of sex, drugs and rock ‘n’ roll to be told about their catapult to stardom.

Elton John’s story obviously fits this mold, too. But, unlike Bohemian Rhapsody, which is still fresh in our minds from its crazy run during award season, director Dexter Fletcher brings a fresh take to an otherwise overdone genre of film.

Put simply, Rocketman does everything Bohemian Rhapsody was too scared to do.

The film pulls no punches, starting with Elton John rise to fame in his early 20s. A piano prodigy from a young age, he was also a talented singer, but he had trouble writing lyrics. Then Bernie Taupin came into Elton’s life, kicking off a fruitful songwriting partnership that would last over 50 years. Even with all of his success, though, Elton dealt with a number of personal demons — and particularly at the height of his celebrity.

Like any good rock star, Elton, born Reginald Dwight, had a somewhat troubling childhood. His parents (Dallas Howard and Steven Mackintosh) were each emotionally distant in their own ways: His father never wanted to show personal affection, and his mother was stuck in a loveless marriage and seemed flippant to Elton’s feelings.

This battle to forgive his parents for this emotional neglect was tough to Elton to face. So, instead, he turned to alcohol, drugs and sex. He sought out love from his manager, John Reid (Richard Madden), only to find it wasn’t reciprocated. He became addicted to cocaine and prescription drugs, and regularly drank vodka with his morning orange juice.

Rocketman outshines Rhapsody in its willingness to show and tell the darker sides of the rock ‘n’ roll lifestyle. Its R-rating gives the film freedom to not shy away from talking about Elton’s sexuality, making the entire film feel more real and authentic.

Taron Egerton is phenomenal as Elton. He’s flamboyant and energetic, yet vulnerable. What makes the performance stand out even more is that Egerton actually sings all of the songs in the film, which feels more like a musical than a traditional film in many regards. Scenes break away to musical numbers with updated versions of Elton’s greatest hits, and Egerton is effortless in those sequences. He embodies Elton’s persona as he tries to find himself as an artist. Better still, his performance feels more of a interpretation and embodiment rather than a imitation.

The production design — from the sets to the costumes — is also out of this world. It’s an absolute gorgeous film.

That said, like so many other music biopics, it doesn’t quite stick the ending. As you might expect, this one too ends with the lead learning the errors of his ways, sobering up and coming back as strong as ever. Here, that plays out by cutting in and out of Elton attending an Alcoholics Anonymous meeting where, at first, he’s reluctant to really dig into his issues but eventually opens up more and more about his demons. To fans, this is no secret — the real Elton John has been facing sober for almost 30 years now — and the film’s attempts at catharsis through the facing of his demons feels a little cheesy.

Regardless, Rocketman is a step in the right direction for music biopic genre. Films shouldn’t be afraid of showing the grittiness of a person’s story, and this one certain;y isn’t.

It’s a colorful, enjoyable and a poignant portrayal of one of the quintessential singers in rock history.

And, really, I can’t say this enough: The costumes are to die for.