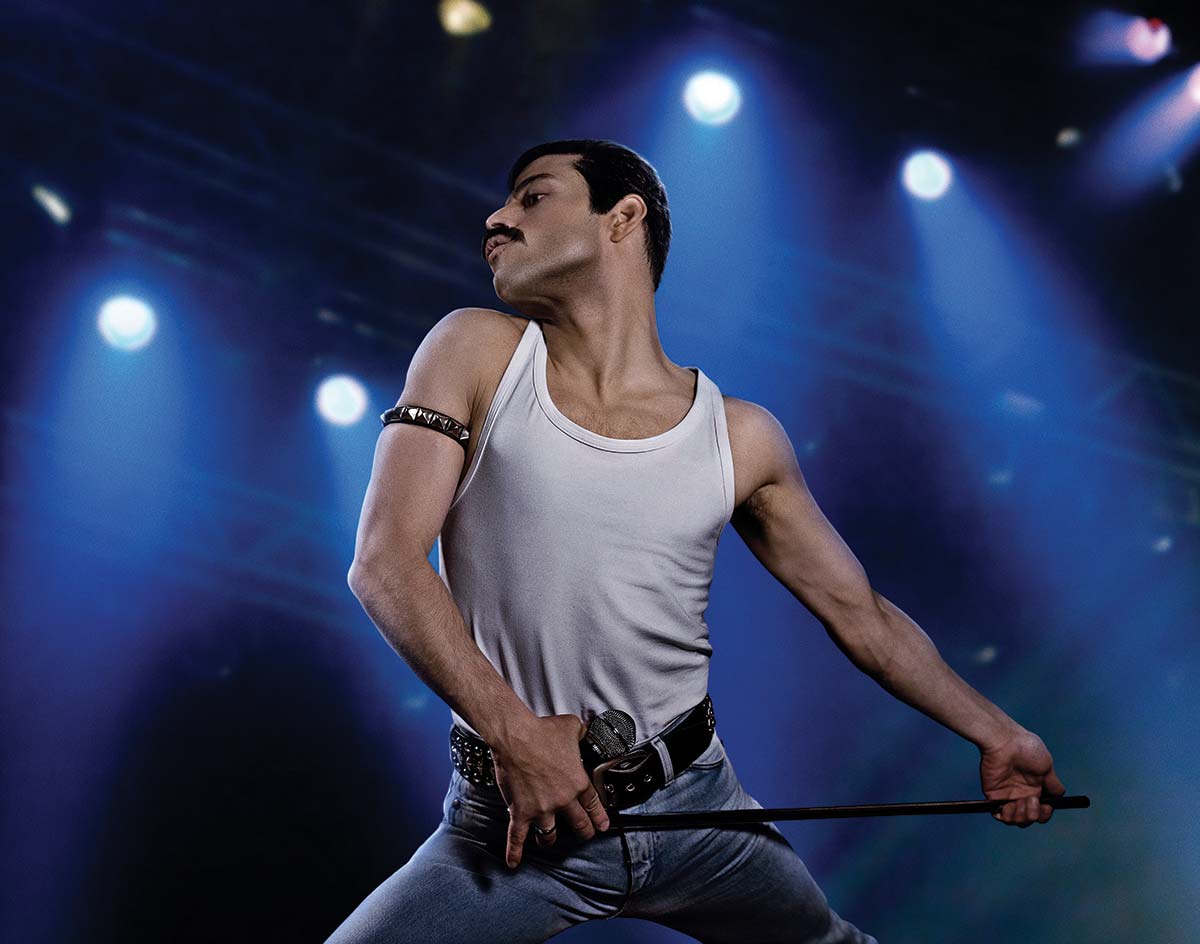 Rami Malek Plays A Freddie Mercury Who’s Somebody To Love, But The New Queen Biopic Is Mostly A Mud-On-Your-Face Big Disgrace That Won’t Quite Rock You.

You almost can’t get more iconic than Queen. The band is a staple in rock ‘n’ roll history — well, music history, really. Queen defied all genres. Sure, they’re considered a “rock” band, but this was a group that performed everything from rockabilly to operas.

At the center of it all was Freddie Mercury, who was ahead of his time in terms of both music and pushing the envelope. When most songs on the radio were only two to three minutes, Mercury said, “Oh yeah? Here’s a six-minute opus for you to play.”

Queen’s story is rich with drama, too. As its lead singer, Mercury was in the limelight constantly, his life placed under the press’ microscope — and well before social media was a thing, too.

Bohemian Rhapsody should’ve been an epic film about Queen’s rise to success, and the troubles the band had along the way while dealing with its rise to fame, confronting society’s reaction to Mercury’s sexuality and reacting to the fallout of him eventually contracting HIV. Instead, it’s the same paint-by-numbers story we’ve seen a hundred times before: After the band gets together, our heroes face disapproving parents, trouble with the record label, a front guy wanting to go off on his own and a happy reunion at the end.

There is, perhaps, an explanation for this: The production was reportedly wrought with trouble, and director Bryan Singer would even step down from his post at the helm during the last few weeks of production.

Thankfully, the music and Malek’s performance are both around to keep the audience engaged.

And how fortunate Bohemian Rhapsody is to have Rami Malek playing Freddie Mercury. As an actor, Malek has a presence about him that rivals Mercury’s onstage presence. You really can’t take your eyes off of him as he gives his all, energetically channeling his inner Freddie.

But while Malek does well with what he is given, the script doesn’t do Mercury justice. It’s a little too broad and would’ve benefited from focusing either solely on Mercury or more squarely on the other band members.

Some parts of the film feel a little too on-the-nose to be taken seriously. The film opens up with Mercury getting ready for the Live Aid Concert. There’s no dialogue, just flashes of Mercury walking around his house, getting in a car and then coming out of his trailer to walk onto the stage. From there, the film cuts back to the night Mercury met guitarist Bryan May and drummer Roger Taylor and joined their band. It’s all too reminiscent of Walk Hard the music biopic parody that opened the same way.

There’s also a scene where a music executive, played by Mike Myers, jokes that no one would ever jam along to the song “Bohemian Rhapsody” in their car. Get it? Because Myers really did that in Wayne’s World.

At least that part had a reason for feeling like a Saturday Night Live sketch. Other parts of the film, not so much.

Alas, Bohemian Rhapsody just doesn’t do Mercury ‘s rich and interesting story justice. He was a complicated person who struggled to accept himself in a time when being gay was taboo. With a PG-13 rating, a lot of the more adult themes couldn’t really be explored, and flashes of Mercury going to gay clubs and into back rooms barely touch the surface of the lifestyle he lived.

A band as brave as Queen deserves a braver film.