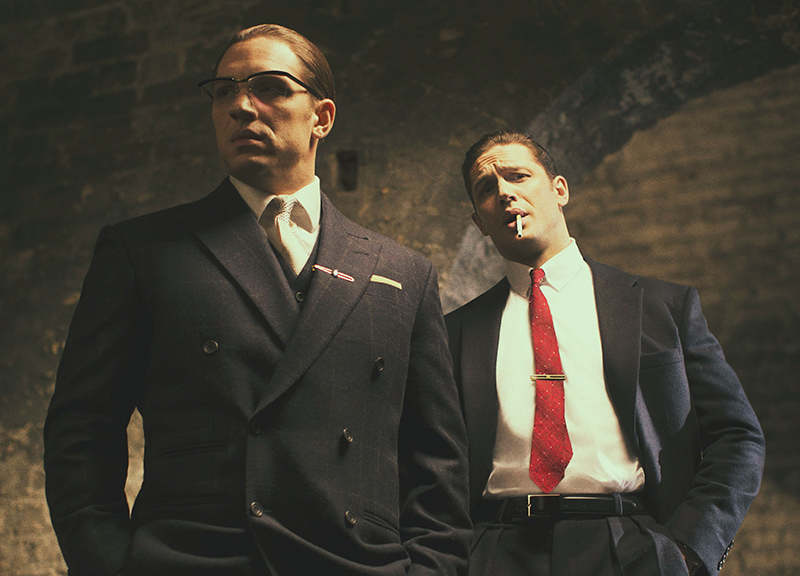 There's something enjoyable about a truly bad movie — something that isn't all that far off from what makes a cinematic masterpiece feel like a life-changing experience, to be frank.

What really sucks, though, is when a movie is super close to being great but just doesn't hit the mark. In those cases, there are no winners.

Take, for instance, the new doubly Tom Hardy-driven gangster movie Legend. On paper, it sounds awesome: I mean, c'mon; two Tom Hardy performances for the price of one? What's not to like?

This “true” crime story about the Kray twins who ruled the London criminal underground in the '60s stars Tom Hardy as twins Ron and Reggie. The story is narrated by Reggie's wife Frances (Emily Browning), who comes in and out as the narrator.

Unfortunately, that narration is a little too obvious. From the film's start, Frances tells her audiences how the brothers are so different from one another despite looking the same — something that's rather obvious thanks to Hardy's performance. Legend, much to its own demise, is too keen on telling rather than showing.

The plot, which technically chronicles the brother's rise from small-time East End gangsters to rubbing elbows with Lords and owning casinos only to see it all crashing down, isn't much better. It's compelling enough material, but it goes about telling it in an unfocused manner that feels far too much like a zigzag rather than a discernible arc.

No, this is a film that just doesn't know the story it wants to tell. It's inconsistent as all get out, with entire plot points and characters being dropped by the wayside as the film pushes onward. And it's not easy to care about a character when you're not sure if they're there for a scene or for the whole entire run.

Even Frances, a narrator whose literal job is to be there throughout the ride, doesn't feel real. Her unhappiness with her marriage makes sense and all — it probably would suck to be married to a gangster! — but the movie doesn't show us this. Rather, she makes as many poor decisions as the other characters in the film. Oh, and she doesn't even make it all the way through the film as the narrator, either. About two-thirds of the way into the thing, Legend moves away from the framework she'd set up to that point.

Tom Hardy, to his credit, turns in a performance for the books. As Ronnie and Reggie, he's almost able to save the movie on his own. As if we needed a reminder that the guy is a a great actor — he once made a movie compelling just by speaking on a cell phone during a car ride (Locke) — he's as outstanding as expected in this double-performance.

His is a subtle, but highly effecting showing. Just looking at the two brothers standing together, you can appreciate the slight ways that Hardy uses his body to convey the differences between the two. Tweaked speaking patterns, postures and walking styles make it clear that these are two completely different people.

But, on the whole, Legend is more of a disappointment than anything — a movie that can't live up to one of the best performances of the year and squanders it amidst a messy plot that ends with a thud.

There's hints of a better movie here. Some really cool-looking suits, too. But hints and cool threads don't a good film make.